Nothing About The Bakken: Wind Farms And Eagles Officially Off My Radar Scope; Environmentalists Not Worried, Why Should I? -- April 21, 2016

ObamaCare
ObamaCare -- it's in better shape than "you" think; and it's here to stay. This is why I would advise GOP to stay as far away from ObamaCare as possible. For the GOP, it's a win-win. If ObamaCare succeeds, the GOP can move on to other issues; health care has always been a sticky wicket; everyone would win if any health care system succeeds. If ObamaCare fails, it will fail on its own; it doesn't need the assistance of GOP. I would never support Ted Cruz on his objective to "repeal" ObamaCare ("naive"). I won't support Trump for other reasons.

But then this, from Fiscal Times: ObamaCare is in such great shape, that huge premium increases are forecast for 2017.


Amid rising drug and health care costs and roiling market dynamics, the spokesperson for the nation’s health insurers is predicting substantial increases next year in Obamacare premiums and related costs.

Without venturing a specific percentage increase, Marilyn Tavenner, the president and CEO of America’s Health Insurance Plans (AHIP), said in an interview with Morning Consult that the culmination of market shifts and rising health care costs will force stark increases in health insurance rates in the coming year.

“I’ve been asked, what are the premiums going to look like?” she said. “I don’t know because it also varies by state, market, even within markets. But I think the overall trend is going to be higher than we saw previous years. That’s my big prediction.”

If Tavenner is right, Obamacare will jump dramatically—last year’s premium for the popular silver-level plan surged 11 percent on average. Although Tavenner didn’t mention deductibles, in 2016, some states saw jumps of 76 percent, while the average deductible for a 27-year-old male on a silver plan was 8 percent.

By cutting the number of wind turbines in half, the number-crunchers estimate the number of bald eagles killed annually would also be cut in half. A huge thank you to Don for noting this. Neither of us can make this stuff up. Here it is, in their own words:

That figure represents a substantial reduction from the 46 to 64 golden eagle fatalities estimated by the U.S. Bureau of Land Management in 2012.

Federal officials attributed the decline to several factors. The permit application submitted by the project’s developer, Power Company of Wyoming, only considers the 500 turbines proposed in the project’s first phase. A second phase calls for an additional 500 turbines.

I used to worry about the plight of the golden eagle. No more. It seems there are way more golden eagles than anyone thought possible; so many that killing upwards of a 100 eagles every year by one or two wind farms is no big deal in the eyes of the Federal government.

Wind farms and the plight of eagles: another issue off my radar scope.

But the developers are getting clever. Estimate a huge annual kill, and then dial that number back and everyone moves on.

The first place to start cutting down those beautiful trees: where the new huge transmission line will be sited.

Link here.
Posted by Bruce Oksol at 9:49 AM No comments: 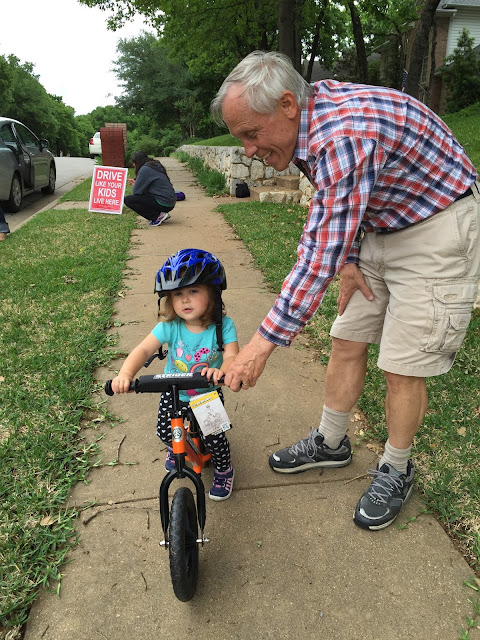 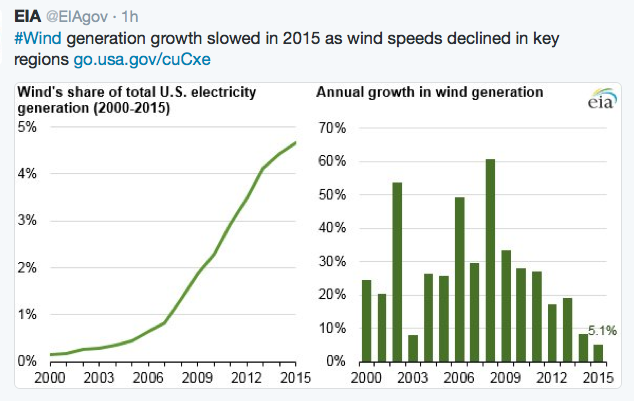 Stock market blues? One could have bought a share of Southwest Airlines (LUV) for less than $10 back in 2012; today, LUV is trading near $50.

GM's profits doubles. Link over at the WSJ. Wasn't there a report recently that GM won't be paying federal income taxes for decades (an old link, but I thought there was a more recent story also):


The tax benefit stems from so-called tax-loss carry-forwards and other provisions, which allow companies to use losses in prior years and costs related to pensions and other expenses to shield profits from U.S. taxes for up to 20 years. In GM's case, the losses stem from years prior to when GM entered bankruptcy.

The gift that keeps on giving.

The 1 million-square-foot center will process and ship smaller merchandise orders such as books, electronics and toys. It’s being developed by Trammell Crow Co. and Prudential.

Amazon said the new building will employ 1,000 people. The company already has more than 8,000 full-time hourly employees in Texas.

The Seattle-based online retailer’s other Texas fulfillment centers are in Coppell, southern Dallas and Schertz, which is near San Antonio. A fifth location is under construction in San Marcos.

Coppell is on the north side of the DFW airport. The new site is along 35W, near the I-35W- SH114 interchange, and just south of the Texas Motor Speedway.


The decision also raises more questions for Massachusetts' energy future, coming on the heels of the announcement to shutter the Pilgrim nuclear power plant in May 2019.

Those energy prices are among the highest in the U.S.

Not to worry. Consolidated Edison and Crestwood Equity Partners have entered into an agreement to form Stagecoach Gas Services for the northeast:


ConEd to purchase a 50 percent stake in a new entity that will hold Crestwood Equity Partners LP's natural gas pipeline and storage business for $975 million.

The joint venture will own natural gas pipelines and storage facilities that provide a critical link between natural gas fields and Northeast U.S. markets.

The new entity, Stagecoach Gas Services LLC, will have an implied market value of about $2 billion, the companies said in a statement.

Not to worry. GE will increase capacity in Connecticut:


General Electric Co. is poised to announce a deal to upgrade a U.S. power plant with its newest gas turbine and equipment from the recently acquired Alstom energy business.

Under the latest agreement, GE will supply one HA, a steam turbine and associated equipment to expand the Bridgeport Harbor Generating Station in Connecticut.

The upgraded plant, which will be able to supply enough energy to power almost 500,000 homes, is scheduled to begin commercial operations in 2019, GE said.


The GDPNow model forecast for real GDP growth (seasonally adjusted annual rate) in the first quarter of 2016 is 0.3 percent on April 19, unchanged from April 13. After last Thursday's Consumer Price Index release from the U.S. Bureau of Labor Statistics, the forecast for first-quarter real consumer spending growth ticked up from 1.8 percent to 1.9 percent.

After this morning's report on new residential construction from the U.S. Census Bureau and the Department of Housing and Urban Development, the forecast for real residential investment growth declined from 9.0 percent to 8.5 percent.


The deal-making frenzy that hastened SunEdison Inc. ’s collapse could continue to cause problems for the solar-power company during any bankruptcy.

Potential legal damages stemming from deals SunEdison failed to close while its finances were deteriorating could total hundreds of millions of dollars, according to court filings and people familiar with the deals. Litigation over the failed deals could add to the company’s already lengthy list of creditors and possibly extend to its publicly traded subsidiaries.

SunEdison, once a darling of the clean-power industry, has lost 99% of its market value since last summer and is working with advisers on a chapter 11 filing. The company owes creditors nearly $10 billion, according to regulatory filings.

SunEdison’s swift rise and fall, chronicled in a Wall Street Journal article last week, was fueled by its appetite for takeovers and the availability of cheap money from Wall Street to finance them. When that financing dried up during a volatile period in the markets and a slide in oil prices, SunEdison backed out of several transactions. 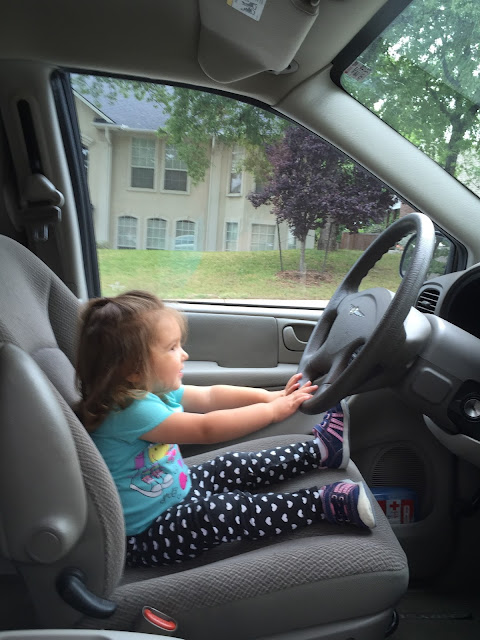 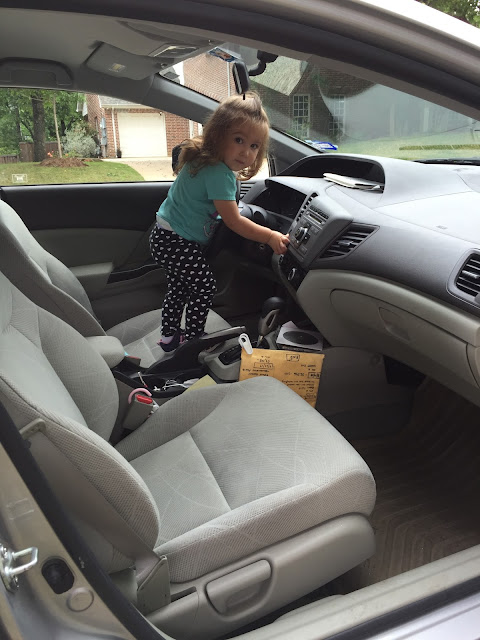 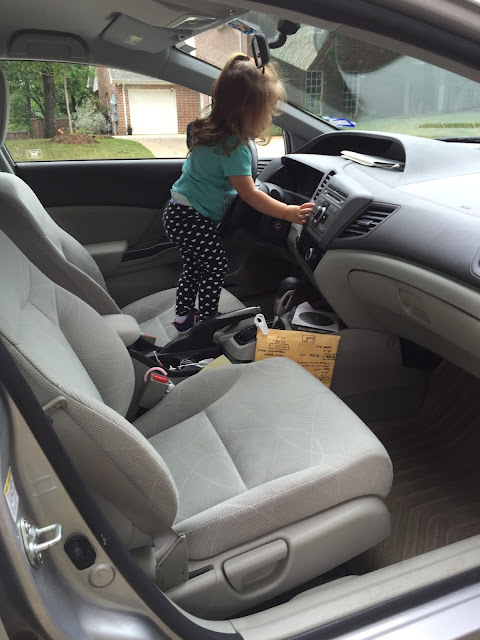