Link here. This is quite amazing when you think about it: Saudi exporting only 5.84 million bopd. The Permian oil basin produces around 4.5 million bopd.

How can analysts and experts be so far off?

I think these make me look ten years younger. LOL. 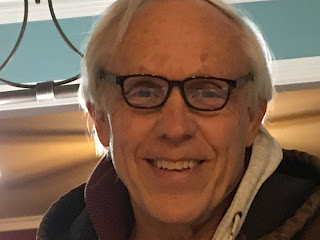 I saw Liberace live on stage in Las Vegas in 1977 (or thereabouts). He did this exact act -- same jokes -- identical to that in this clip. Imagine, doing this twice a night for twenty-five years.

Coolest thing since sliced bread: day rates at southern California pools. Link at LA Times. No matter how you slice it, this is really, really cool:

L.A. is chock-full of phenomenal pools, spectacular spas and supercool five-star hotels just waiting for us to explore. Now there’s a way to do that without spending $500 a night.

It’s called a day pass. For as little as $20, you receive access to pools and other hotel amenities. Spend a day lounging beside a posh pool, drinking margaritas and nibbling on fish tacos while palm trees sway overhead. Then return home — all without paying a room charge.

Some of the most popular day-pass bargains can be found at rooftop pools that overlook Los Angeles, with spectacular views from the Hollywood Hills to the Pacific Ocean. You can grab a lounge chair and while away the day by yourself or visit with friends and splurge on a cabana, which may set you back $300.

To what is already there, add these: 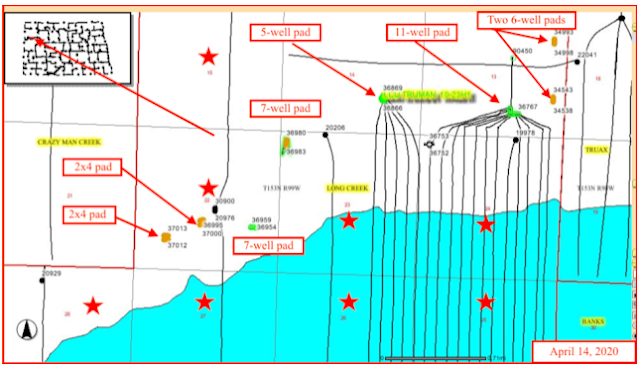 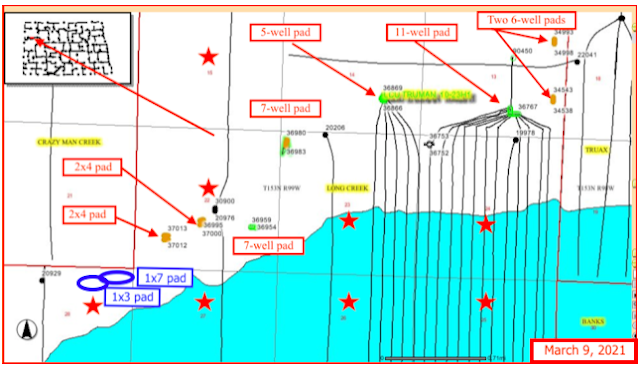 Posted by Bruce Oksol at 4:58 PM No comments:

For the archives; not recommendations.

This is posted for the archives, not as recommendations.

Two out of three ain't bad. 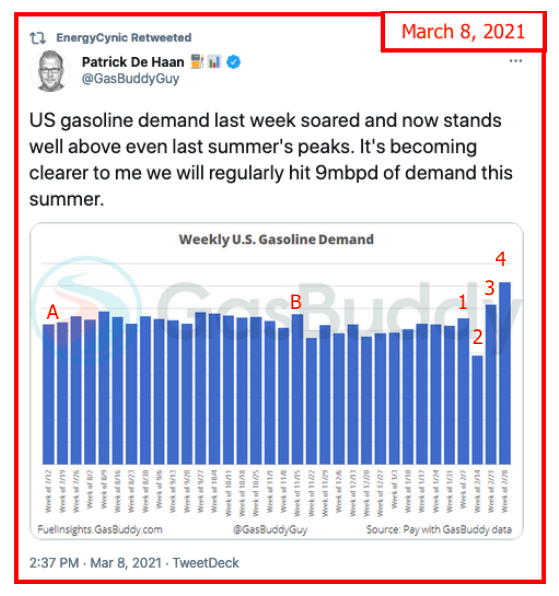 I've always maintained -- and have posted it often on the blog -- that if I had but one metric to follow the economic well-being of the US, it would be "gasoline demand."

March 2, 2021: Texas and Mississippi governors announcing lifting of restrictions. "Back to normal" by March 10, 2021, was the goal.

So, not even two weeks post-Deep Freeze and no lifting of pandemic restrictions and gasoline demand surges.

OECD now doubling their GDP forecast for the US this year from their November, 2020, forecast, to their most recent forecast.

Posted at the time of the Deep Freeze:

Patrick De Haan (above) predicts "we" will consistently hit gasoline demand of nine million bbls per day this coming summer. The tea leaves suggest 9.5+ million could be very, very possible, if not likely.

As a reminder, from last week: 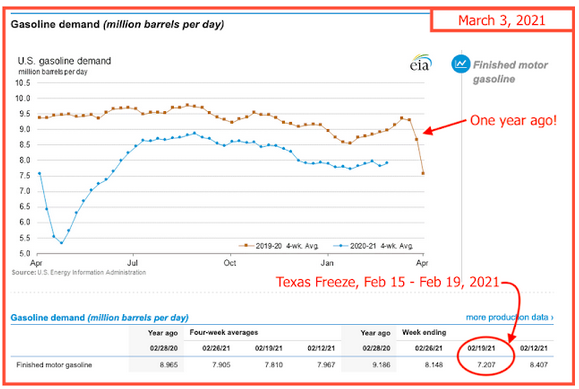 Another ridiculous article coming out of Paris. I would have expected this article in The Economist, not The Wall Street Journal.

So, Paris is going to blame any failure of emerging markets on the US. So, what's new? Except, as noted, that's an article for The Economist, not The WSJ. 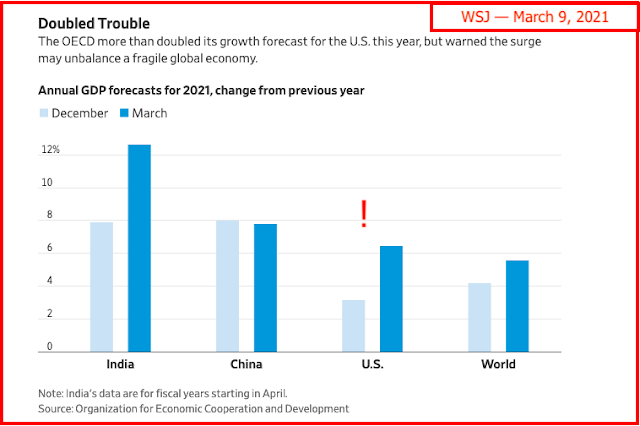 But let's ignore that craziness of the Paris folks and concentrate on data:

US shale: no "roaring USA shale industry to respond to OPEC+ -- Rigzone.

Saudi Aramco: dividend -- safe with recent oil rally. Was it ever in doubt?

Dak: highest paid NFL player ever? If so, only in Dallas. Everything is bigger in Texas.

We started off this propane season worried about the threat to U.S. propane markets from big-time exports. With exports now exceeding total U.S. propane demand, how would propane markets respond if we ever got a really cold winter? Well, now we know. Frigid weather finally arrived in February with a vengeance.

But the propane market handled it pretty well.

Now, as we approach the end of propane winter and examine where the market stands with inventories, prices, and especially exports, the big question is, what happens next? Will production volumes replace depleted stocks now sitting near a five-year low, or will those barrels move overseas? Will strong global petchem demand pull supplies out of U.S. markets? And if so, what does that imply for the 2021-22 retail propane season here in the U.S. In today’s blog, we’ll begin an exploration of these issues and introduce our upcoming RBN virtual conference covering developments in the propane market scheduled for May 12. Warning! Some of today’s blog is an unabashed advertorial for the conference.