Another Basin To Challenge the Bakken, the Wolfcamp in West Texas 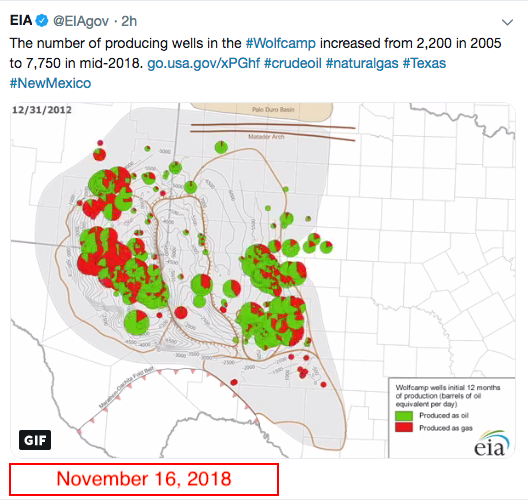 January 30, 2013: the Cline Shale and the Wolfcamp overlap each other in the Midland, Texas, area.

May 22, 2012: Nice article on Cline Shale, the source rock for the Wolfcamp Formation (2nd page of a 3-page article.

I won't be following this on a regular reader, but readers may be interested in the "next big thing (?)."

Its location in the Midland Basin is within the larger Permian Basin.

Sheffield and other oil experts say the Wolfcamp is probably the thickest of any onshore U.S. oil shale play, with up to 1,000 feet of potential payout across hundreds of thousands of acres.

The Wolfcamp has been mentioned twice before on this blog, first by Papa/EOG and second by CHK.

The thickness of the Bakken varies throughout the Williston Basin, but its generally between ten and 200 feet thick. A thousand-foot payzone onshore is .... well, for me, unheard of.