Airport director Anthony Dudas would not elaborate on the particular steps and observations that would accompany this second round of work, however it does entail additional equipment and personnel contributed by the contractor and the surety to guarantee the taxiway is finished on time for the October 10th 2019, Grand Opening of the airport.

The city canceled the contract in August when JM Marschuetz had informed the city it would need additional funding to complete the taxiway by the deadline. Marschuetz counted that assertion, blaming the city for giving a two month late start for the project.

The project: a taxiway. The article does not say if more than the taxiway is at stake.

Miscellaneous
How busy is the Bakken? Count the SWD wells!
Posted by Bruce Oksol at 8:30 PM No comments:

A reader asked: If a well is on confidential (with the 6 month experation date listed) and does not appear on frac focus data base, does that mean is was never fracked? ie a DUC?

My not-ready for prime-time reply:


I'm not sure if I understand the question, but here are my observations and understanding (not necessarily factual).

1. "Every" Bakken well is eventually fracked. There are exceptions. That's why "every" is in quotes. Just as I say there is "never" a dry Bakken well.

2. In the "old" days, wells were drilled and then completed (fracked) almost immediately. You can assume any Bakken well drilled (with a test date) before the end of 2012 was fracked, but prior to 2012 (or some such date; I forget exactly when) FracFocus won't have the data. Operators did not have to provide data to FracFocus until after 2012 (or some such date; I don't know the exact date). But when I see a Bakken well drilled before the end of 2012 and there is no frack data, I assume it was fracked, just not captured by FracFocus.

3.But even for wells drilled before 2012, the NDIC will have a frack report in the file folder.

5. Operators can now drill wells in about 10 - 30 days; many wells remain in "DRL" status while the rest of the wells on the same pad are being drilled. Technically, they are drilled but uncompleted (DUCs) but they are not given that classification if the operator plans to complete them once all the wells on the pad are drilled, and if the operator plans to frack them in quick succession. The wells are generally on CONF status at this time; maybe DRL status: and remain on CONF status until the six month conf status is up. Those wells are never (administratively) DUCs.

6. If an operator drills a well (or a number of wells on one pad) with the intention of drilling to depth (TD = total depth) but not planning on completing them until after six months or longer (up to two years) they are administratively DUCs -- drilled to total depth (including the horizontal leg) and then shut in -- for months, or maybe a year or so -- until the operator goes back in and fracks the wells. During this period the well is DUC (SI/NC -- shut in/not completed).

7. At the time the well is fracked, the operator sends that information to FracFocus (there must be a regulation that requires contemporaneous reporting / timely reporting, even if the well is administratively a DUC). This is where it gets tricky. I can find an SI/NC well (administratively) -- the paperwork has not caught up with the folks at the NDIC) but I can go over to FracFocus to see if it has been fracked. If a DUC (SI/NC) well is producing a significant amount of oil, I assume it has been fracked, and FracFocus will confirm it.

8. "Modern wells" -- wells drilled after 2012 (or whatever the date was) will have a FracFocus report, it seems to me, almost as soon as the well has been fracked. I'm not sure what the time lag is but it can't be much.

9. I did not proofread the above; there are probably typos. I don't know if I answered the question.

10. If you are looking at a specific permit / well, I can look it up and give you my opinion what is going on.

11. Having said all that, there are occasional -- very rarely -- Bakken wells that have never been fracked. But if the operator has no intention of fracking them and they are producing and they are off the confidential list, they are NOT considered DUCs. A DUC means that it has been "drilled, but not completed." An operator can complete a well without fracking it. There is much to do to "complete" a well, to stimulate a well, even if it's not fracked. Vertical wells, for example, are not (generally?) fracked, but they are stimulated. 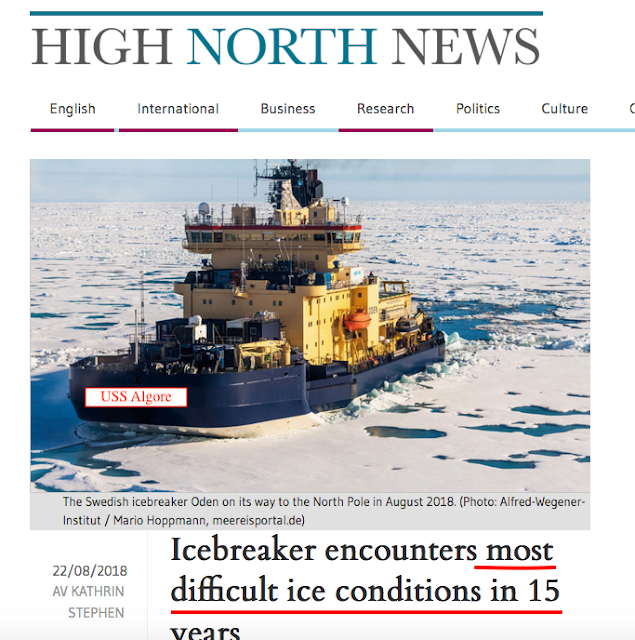 See this post.
Posted by Bruce Oksol at 9:55 AM No comments: 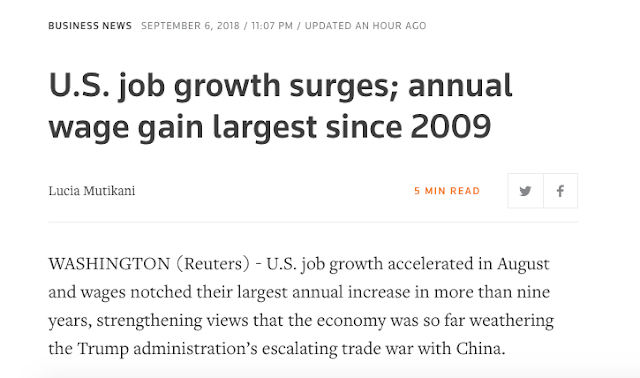 Headlines around the web after this morning's jobs report:
“The economy is on an adrenalin rush,” said Ryan Sweet, senior economist at Moody’s Analytics in West Chester, Pennsylvania. “Given the amount of fiscal stimulus that the economy is benefiting from, it’s going to take a lot to get it off that high.”

By the way, a talking head on CNBC must be reading the blog: he said the same thing I posted a few weeks ago: this bull market has legs. See this post.
Posted by Bruce Oksol at 9:21 AM No comments:

I posted the Tesla bond on September 7, 2018. Three days later, CNN posts almost the very same story, with practically the same graph. Link here.  Did they give the milliondollarway blog credit. LOL. No. 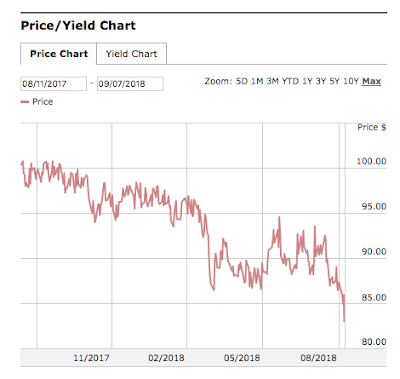 Speaking of which: did anyone watch the opening NFL game last night? I happened to walk past a big screen televising the game (score 3 - 0) when I went out to DFW to pick up Olivia from socccer practice out at Drive Nation. And that was it. When I came home, I watched the "re-play" of the PGA FedEx BMW tournament. Tiger Woods is tied for the lead with Rory McIlroy after the first  round. Due to weather concerns, the second round started early. I believe the first threesome has already teed off this morning. Ander Schauffele joins the twosome at the top at 8 under after the first hole. From deadline:

In one of the lowest season openers ratingswise and facing portions of a cable news covered rally by a very NFL critical President Donald Trump, last night’s game is not only down from last year, but 2016, 2015 and 2014 – all of which saw successive declines. 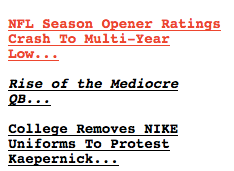 
The Corps, in a court filing, said the risks of an oil spill are low "and any impacts to hunting and fishing resource(s) will be of limited scope and duration." It also said the pipeline wouldn't result in "disproportionately high and adverse human health or environmental effects on minority populations."

Google hits, story found at these sources, in this order:

And, then, after that, all old stories.


Twenty-five years ago, in 1993, the Mexican national oil company — Petróleos Mexicanos, or Pemex — purchased a 50% stake in Shell’s Deer Park, TX, refinery. The joint-venture partners entered into a 30-year processing agreement under which each would purchase half of the refinery’s crude feedstock and own half the output. Separately, Pemex agreed to supply as much as 200 Mb/d of Mexico’s heavy sour Maya crude to Deer Park and Shell agreed to supply Pemex with 35-40 Mb/d of gasoline to help meet Mexico’s refined products deficit. The partners recently agreed to an early extension of the deal by 10 years from 2023 to 2033, while reducing the supply of Maya crude after 2023 to 70 Mb/d, to be sold at a fixed price. Today, we begin a two-part series on the joint venture with a look at how Pemex has benefitted.