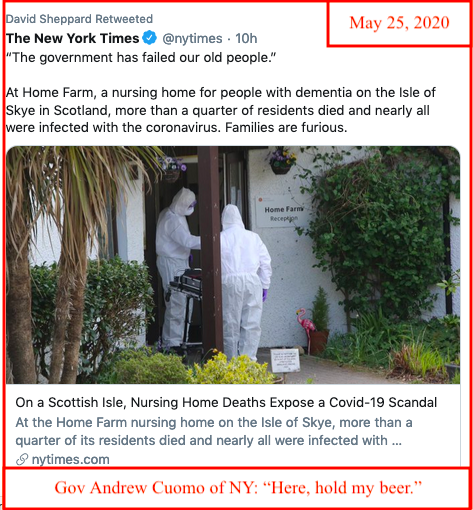 NASCAR: wow, this is quite incredible. NASCAR Coca-Cola yesterday; NASCAR XFinity series tonight; truck series tomorrow night, and then Wednesday, NASCAR Cup Series at Charlotte again, tomorrow night. Wow! Hard to believe. NASCAR taking advantage of this lull in live sports. Good for them. I don't miss the fans at the track at all.

Twelve to go on the re-start. Cindric-Gragson-Kyle. Kyle moves ot second, now takes the lead. Kyle leads with ten to go. It was the new tires. Another caution with eight to go. Amazing how good these guys are. A single car near-spin; driver saves the car; and, no one  hits him. Pretty amazing. Kyle was pulling away; had there been no caution, Kyle would have taken this race by several car lengths. Now, a re-start.

Four to go on the re-start. Kyle-Cindric-Gragson-Burton. Overtime? Very likely.

Yeah, there it is. Great re-start. For about four seconds. Fairly big crash; several cars taken out, including Gragson.  It will be quite awhile clearing up the track. Then, green flag, white flag, checkered flag, finish.

Wuhan flu: say what you want, but these numbers are really looking good -- ranked in order of "new deaths" yesterday. 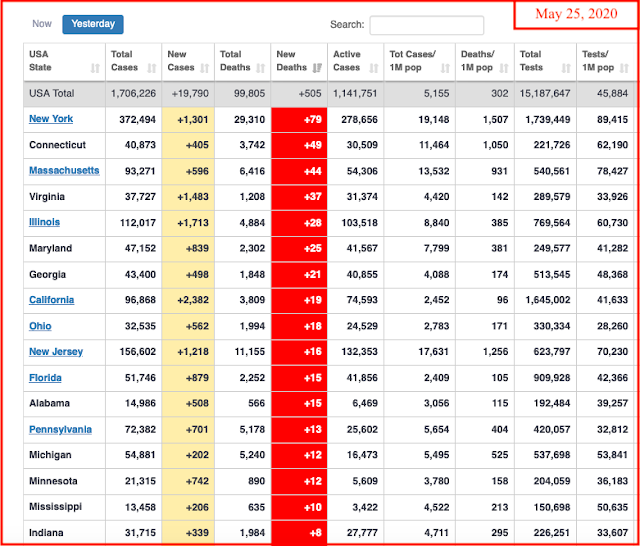 Geico: a new Geico television commercial has an actor couple that looks very, very much like the Sussex Royals. Wow, I wish Geico would make this a new series -- like Flo (Progressive) and the "caveman" (Geico). A Sussex-Royals-lookalike-couple would be pushing the "advertising" envelope. I saw, "go for it." See spot here.

Got Covid? The fatalities will all be tested for corona virus, I assume, and if positive .... 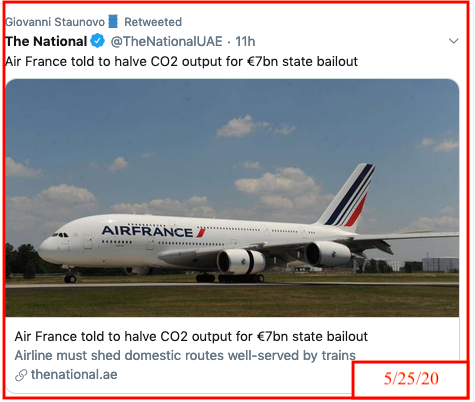 The well:
Production period of interest:

Email ThisBlogThis!Share to TwitterShare to FacebookShare to Pinterest
Labels: 500K_Cum 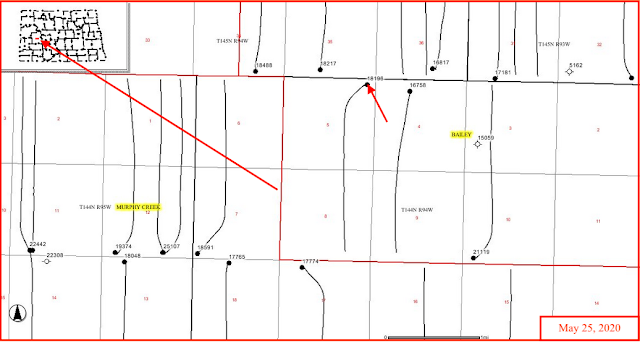 First regarding the Madison well --


A lease is ‘HBP’ [held by production], whether it is a Madison well OR a Bakken [or any other formation—Red River [Bowman/Slope has lots of those]].

There are a lot of variables depending on the lease wording. Further comment: Many of the more current leases have a ‘force majeure’ clause. Force majeure is ‘an act of God’ in general BUT has expanded.

Now, the first reply regarding this note, which came in a comment:


Answering the lease question. Most companies or leases are based on a 12 month non-production clause to nullify the lease (Of course each lease is potentially different.) This is the trigger to give the lease back to the original owner. Many companies will, to maintain a lease, produce every ten to eleven months a small amount of oil, market said oil, and that resets the clock. Thus keeping the lease under their control.

If you wish to get your lease back, it would be best to seek council, This would also set in motion the requirement to plug the old well and reclaim site.

I think before all is said and done that many sites will be Tier one and Two, for five to seven layers so getting better terms may be in the best interest of owners.


Companies have been known to take a very liberal approach to defining force majeure if it fits their purposes. Some companies will send a letter to the mineral owners whose leases are declared by them to be extended by ‘force majeure’.

I don’t know if it is required to notify by letter—once again depends on the lease language and/or company policy.

The ‘Bakken Owner’ comment about seek ‘counsel’ is really a mineral owner’s best bet—however, once again THAT means finding an attorney ‘well versed in oil and gas law’. That is a challenge—another whole different discussion!!!

I have seen some leases wherein ‘low prices’ [with no definition of what is low price] are recited as a force majeure event.

Keep in mind that NDIC rules of one year, etc, are not necessarily sufficient to cause a lease to be extended when there is a lack of production.

This discussion could go on and on as to this or that occurrence and/or interpretation.

Summary: breaking a lease by a mineral owner will require $, persistence, and determination—and will seldom succeed -- IMO.

Comment: I agree completely. It will take a lot of money, persistence, time, to "win" this case. The oil companies have been at this a lot longer than any of the rest of us and have certainly seen "it all."

Original Post
This is well beyond my "pay grade." I have never followed the "language of leases" in the Bakken. I don't think I've ever seen a lease except maybe a long, long time ago when I was visiting Williston. I never paid much attention if I did.

Some basics:
However, and here's the wrinkle:
I don't know. Maybe readers can enlighten me.

I know the state has rules about how long a well can be inactive before it must be plugged and abandoned. At that point, if it's a "loner," does the operator lose its lease?

My understanding is that the state is quite lenient in the length of time a well can be shut down, and waivers can be awarded.

But what about contracts or leases between the operator and the leaseholder? A reader informs me that his lease on "a loner" says that if there is no production in 120 days, the lease is null and void. His "loner" has not had production in well over a 120 days.

The reader wonders how this affects the lease on that drilling unit?

Again, this is well beyond my "pay grade." I don't follow mineral leases; I don't visit social media sites for mineral owners. The answers may be obvious. I don't know. A reader brought it to my attention. It's not something I'm generally interested in regarding the Bakken but it seems to be an interesting question.

But I'm always learning something.

One last thing: there is a Madison well in that section that is still producing. I don't think a "Madison" well holds a lease by production for a "Bakken" well but again, I've long forgotten (or never knew).

Why hasn't EOG permanently abandoned this well? This well was drilled back in 2009; more than a decade later it has produced less than 30,000 bbls, and yet it remains active.
Recent production: 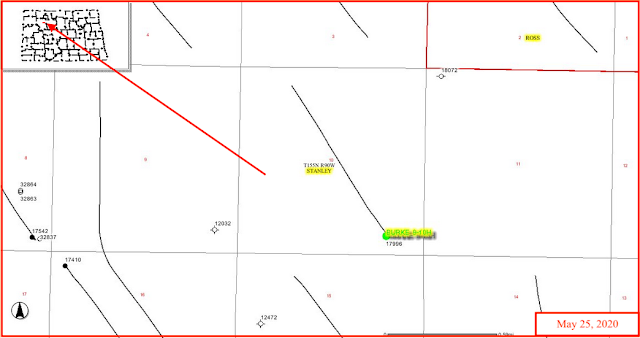 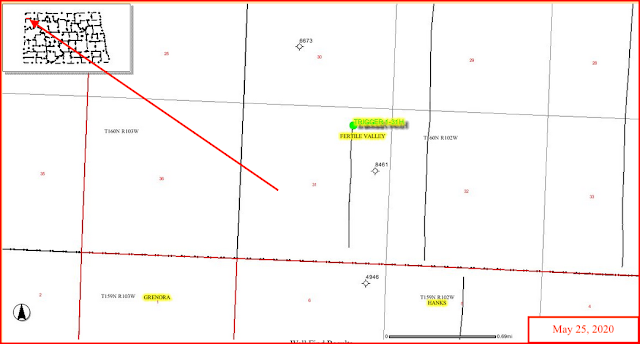 Email ThisBlogThis!Share to TwitterShare to FacebookShare to Pinterest
Labels: Bakken_4.0 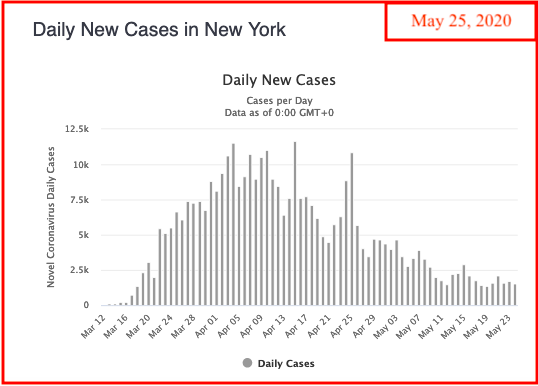 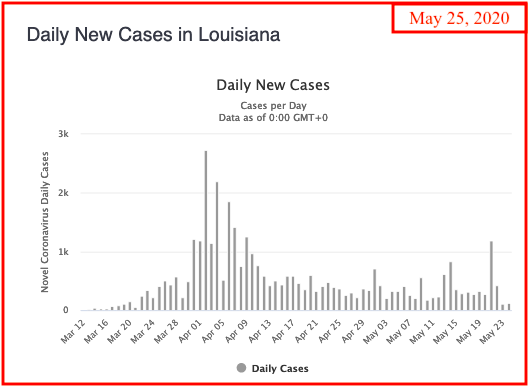 Initial Production Data For Wells Coming Off Confidential List This Week -- May 25, 2020

This is remarkable -- the initial production for wells coming off confidential list this week. Work has essentially come to a stop in the Bakken, literally "overnight."

It's possible I'm misreading this story but if accurate it validates all those earlier stories that the "Tesla battery" was unsafe at any speed, to coin a phrase. LOL.

Despite the perception that tethered vehicles already have a too-limited range, apparently the industry is going to substitute safety for range.

Tesla has released a new model for its Model 3 series, with more details unavailable, according to the latest declaration catalogue issued by China's ministry of industry and information technology (MIIT).

MIIT's declaration catalogue includes 12 new energy vehicles (NEVs) that use LFP batteries, accounting for 24 percent of a total of 49 NEVs.

BYD will also provide LFP batteries to GAC and Changan Ford, in addition to feeding its own EV production.

LFP batteries are promoted as having better safety performance and lower average costs, although its energy density and EV driving ranges are shorter than nickel-cobalt-manganese/nickel-cobalt-aluminium (NCM/NCA) batteries. Many Chinese producers have put more effort into developing LFP batteries amid lower government subsidies.

I know a lot of millennials will wonder where the acronym LFP for lithium-iron-phosphate batteries came from but we'll leave that for another day.

My wife re-told this story. I had not heard it before.
When Sophie was about two and half years old, her family visited us in San Pedro, CA, at Christmas, where my wife's "ancestral" home was located.

Sophia and her family had flown to Los Angeles from Texas, but then drove the long trip from southern California to Portland, OR, without many breaks, to visit aunt Laura and her husband Tim.

Following their visit, and on their way to skiing, Sophia's family was preparing to get back into their rental yet again when Sophie refused to get into the car. She had had enough driving around.

Her dad told Sophia to get in the car immediately or walk!

Sophie started walking away. Aunt Laura heard her mutter, “I want a new family!”
Posted by Bruce Oksol at 9:14 AM No comments: