The issue seems likely to be related to activation issues users having been experiencing on our forums. Most notably are a number of users complaining that their new Apple Watch is failing verification upon setup.

Users have been reporting this issue in our forums. BeatCrazy writes:

I realize it's Christmas morning and Apple's activation servers are probably on overload, but this still seems unnecessarily frustrating. I got my two kids (< 18 y/o) Apple Watch SE + Cellular, with plans to activate via Family Setup/sharing. They each already have Apple IDs that are used on iPads regularly.

I'm able to start the pairing process using my iPhone, sign into their Apple IDs with their passwords, but I keep getting hung when Apple wants me to enter the passcode of another device. I'm given options like their iPad passcodes, or one of my Macs. After entering any of these, the watch spins for about 2 minutes and I get the error "Verification Failed - There was an error verifying the passcode of your (or insert family member name here) ‌iPhone‌ (or insert ‌iPad‌/Mac)." Apple gives me a choice to "reset encrypted data", which I take as an offer to destroy all their existing Apple ID passwords and data - not a good option IMO.

A number of users have responded with similar issues in that thread. Meanwhile, another user reports having trouble with HomePod setup today. 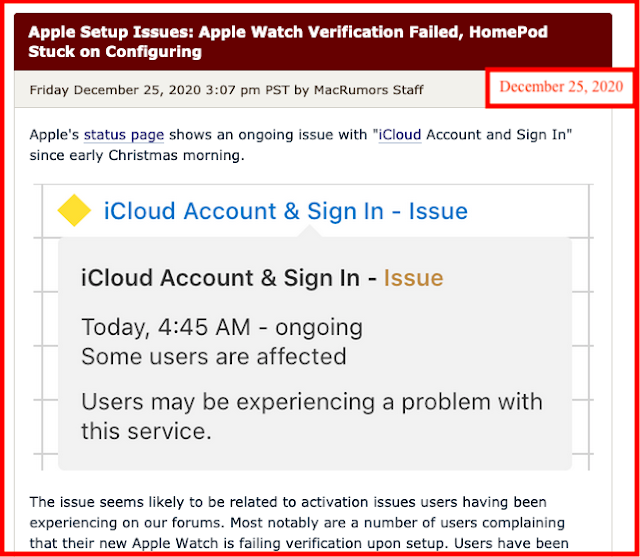 This page will not be updated. Wells mentioned in this post are tracked elsewhere. See this post for background.

This well has had a long and rocky history. Let's see how it is doing. The full production profile is at this post.

Remember, this well was first drilled back in 2011. The following production is only from September, 2018. In those twenty-five months (it was off line for the entire month of June, 2020) this well produced 631,528 bbls of crude oil.

Posted by Bruce Oksol at 9:23 PM No comments:

The page will not be updated. The MRO P-R-S-4W pad is tracked here.

Completion strategies tracked at the sidebar at the right.

Two of the older wells are still inactive, due to fracking the newer wells.

Full production profile here. Fracked only once. Multiple instances of significant jump in production. Completion strategies tracked at the sidebar at the right.

The discussion of batteries will center around five or six issues, at least.

Then this: record number of transistors on a chip, posted November 23, 2020:

This is a huge story.

Apple was the first to get the chip down to 5 nm. When announced, Intel admitted they were still working on a 7-mn chip.

Industry sources claim that TSMC's initial production of chips built on the new 3-nanometer process have been ordered by Apple for use in both its iOS and Apple Silicon devices.

Following previous reports that TSMC was close to finalizing its new 3-nanometer process, a new report says that Apple has placed an order for its M-series and A-series processors using it.

According to Money.UDN, supply chain sources say that trials are progressing smoothly. The sources estimate that TSMC's 3nm line is on course to produce 600,000 processors annually, or 50,000 per month, with mass production starting in 2022.

Those numbers are presumably expected to increase, as the publication also reports an estimate that TSMC must sell at least 300 million processors to return a profit.

It's not reported how many units Apple has ordered, or over what precise timescale. However, the sources say that the order is chiefly for producing the M-series processors for the Mac.

So, we have Apple, Amazon, and TSMC competing for bragging rights with regard to chips and SoC, and here we have a story of Apple buying the entire market supply of the 3-nm chips being made by TSMC.

For investors, Apple is tracked here.

Posted by Bruce Oksol at 2:10 PM No comments:

For the most part, Nashville, TN, was quiet this morning.

Tea leaves: the blast in downtown Nashville was designed to draw as many law enforcement officers to the scene prior to the blast, and to inflict as much injury as possible to as many police officers as possible. This is not rocket science. Law enforcement agencies in Nashville have said the blast was most likely intentional. Well, duh. Time line:

By the way, if the suspects are rounded up within a few hours, this will speak volumes. 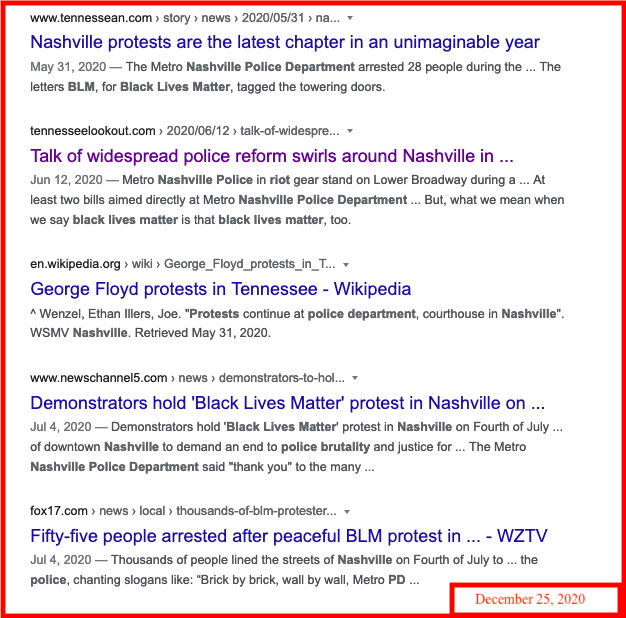 Tennessee, on a per capita basis, remains in the #1 position for most active cases on Christmas Day: 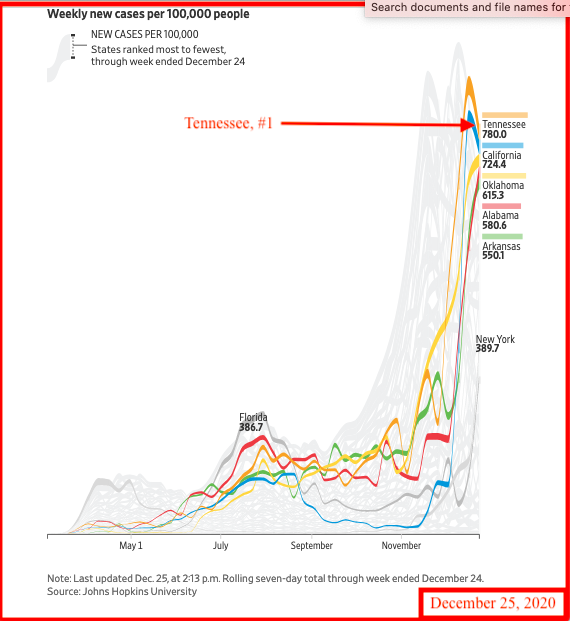 Saudi Arabia reports a cargo ship in the "gulf" was hit by a mine today. Details sparse.

In Florida, residents (actually first-time visitors) are being warned that iguanas are falling from trees. This is a fairly seasonal event, perhaps even a Christmas tradition. Who knows? 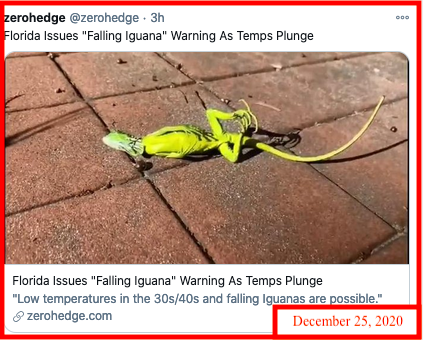 To succeed over the long term in the music business, professional sports, or the midstream sector, you need to learn from your successes and failures, and — most important — continue adapting and evolving. For many North American midstreamers, a key to success has been a thoughtful combination of expansion and diversification, plus an affinity for financial discipline, especially when the broader energy industry is going through tough, uncertain times. A prime example of that strategy is Canadian midstreamer Pembina Pipeline Corp., which after C$14 billion in acquisitions over the last four years is instituting a more cautious approach to new investment that’s largely based on self-funding and a new, more rigorous return criteria for new projects. Today, we preview our new Spotlight report, which focuses on the risks and rewards of Pembina’s new strategy.

This well last reported as SI/IA is now active and producing but is now SI/A:

The Clog Dance, Violinski
Posted by Bruce Oksol at 12:07 AM No comments: