How about them Dallas Cowboys last night? They lose another one. Truly unbelievable.

Off the net for awhile. How much work is left in the Bakken? The short answer: a lot. 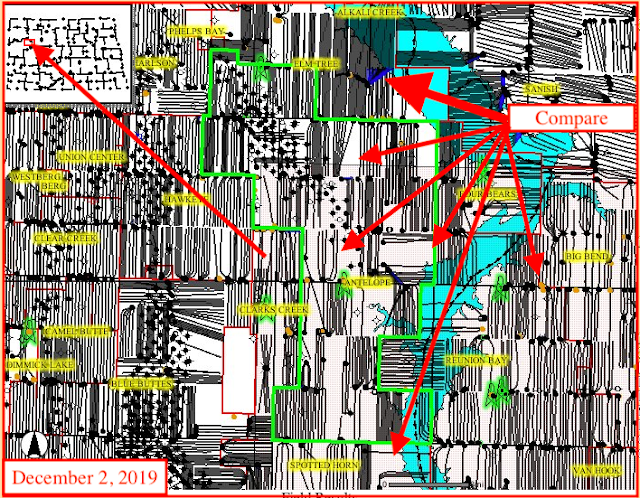 I thought it was Elvis and was ready to "delete" it -- I don't care for Elvis ... and then it turned out to be one of my favorites -- completely missed it ... and I should have known. LOL.


It's Only Make Believe, Conway Twitty
Posted by Bruce Oksol at 9:53 AM No comments: 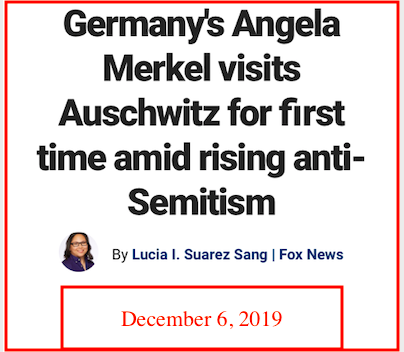 Holy Mackerel -- Wow, I Would Love To See Steve Lieman's Face When He Reports This; Payrolls Surge; Well Ahead Of Projections; Unemployment Rate Actually Ticks Down -- December 6, 2019 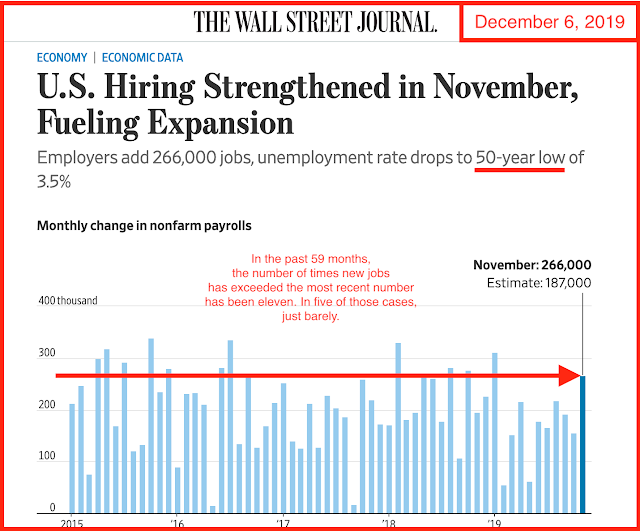 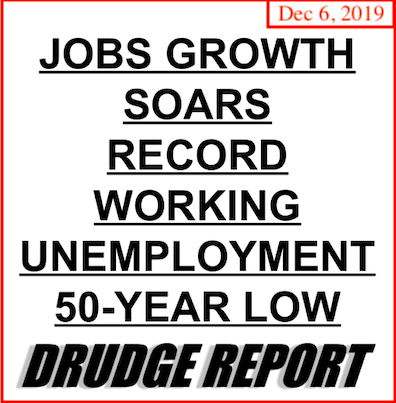 Holy mackerel: this is really, really incredible. I assume the mainstream media is still giving Obama the credit for the economy.

Futures: unchanged, down if anything.

CNN: "Stocks pop on good jobs report." In fact, the Dow opening was a bit lower than the Dow futures just before and after the jobs report came out. And it was not a "good" report. It was a spectacular report.

Headwinds: every story, it seems, says the job market was incredible despite the headwinds. Exactly what headwinds? The only headwinds I know:
Example? This article from "The Rachel Maddow Show" -- MSNBC: the writer shows that job growth slowed under Trump compared to job growth under Obama. This is so predictable. I googled: MSNBC job report today. Screenshot:

Tailwinds?
What's the best way to put another nail in a solution looking for a  problem? Gasoline below $2.00 / gallon. EVs were a solution to a problem that did not exist. 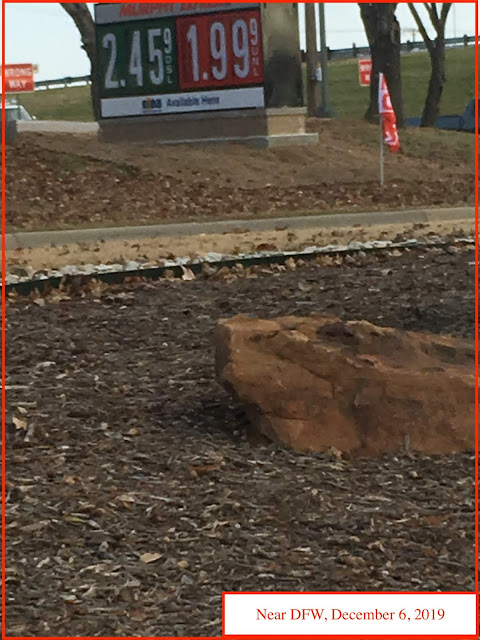 Amy Klobuchar: quietly gaining momentum (the link has been corrected) -- The Chicago Tribune, and Sophia saw a unicorn in the wild yesterday.

Baby names: By the way, for 2019, top baby girl names, #1, Sophia; #2, Olivia; #13, Charlotte. The Today Show list varies from what is being posted elsewhere. Elsewhere, Muhammed makes the top ten list for baby boy names; Muhammed doesn't show up on The Today Show list. Why does that not surprise me? Even reporting baby names has become "fake news." The Sun has the real list.

"You're too old to vote." -- Joe Biden; yesterday's town hall meeting; and that's no malarkey. His "deplorables" moment? Nope, media will ignore it. TDS.

Futures: another good day for the market? Indices trending green.


New orders for U.S.-made goods rebounded in October after two straight monthly declines, lifted by rising demand for machinery and transportation equipment, but gains were likely to be limited amid persistently weak business confidence.

Factory goods orders increased 0.3% also as bookings for computers and electronic products rose, the Commerce Department said on Thursday. Data for September was revised down to show orders dropping 0.8% instead of falling 0.6% was previously reported. October's gain in factory orders was in line with economists' expectations.

Canadian banks: Canadian banks shed staff as troubles grow for indebted consumers .... well, what would one expect in a country closed for business? Over at Financial Times -- and if you can't trust the Financial Times, who can you trust? Behind a paywall, but I will post a bit from the story later.

Confused: there are two memes out there --
I don't get it (well, actually I do, but ...). The media narrative is that "oil is dead" and yet the data suggests otherwise. The mainstream business media seems to be all agog over Saudi Arabian oil but non-business media seem to suggest oil is dead, notwithstanding that global demand for crude oil is at all time highs. Whatever. And get this ... WTI is trending toward $60. If US oil can't make money on $55-oil, maybe they can on $60 oil ...

More proof of confused narrative? Reuters -- Norway ramps up western Europe's largest oilfield as oil's future questioned. Can you say, "Johan Sverdrup"? Obviously I can't. I've been calling it the "John Sverdrup" oil field all this time; even my link at the sidebar at the right is incorrect. I track the oil field here.

EVs: the fad seems to be waning. Interest in China dropped off a cliff after government ended subsidies; video  of long line of Teslas waiting to charge  at California charging station went viral this past week; companies no longer reporting EV sales on a monthly basis; at best we will get quarterly data;

Headlines on same page over at Rigzone:
EPD: a blue chip among MLPs. MoneyShow. "Ad" disguised as a news story. Ignore.

Kinder Morgan: plans to spend $2.4 billion on expansion projects and joint ventures in 2020;
XOM: days as dog of the Dow are over -- Bank of America; some analysts think XOM could do well in 2020 based on Permian projections. Link.

Shale investing: a lot of misstatements (outright lies?) but the article does provide a nice update for those looking to invest in shale operators.

This writer doesn't understand Saudi Arabia or Saudi Aramco or the IPO either. 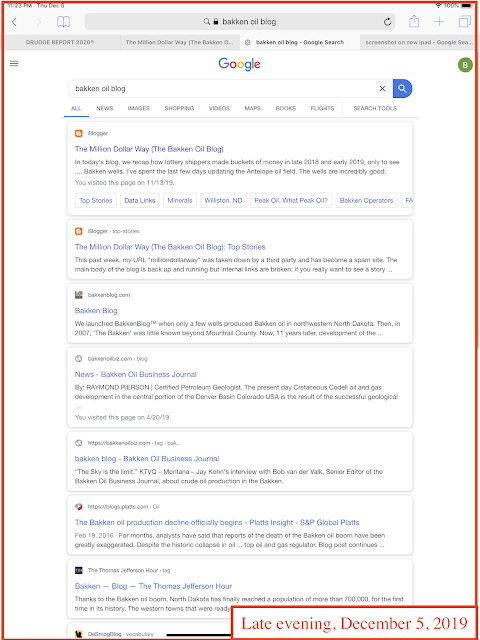 I checked this book out at the library two weeks ago; finished it; loved it. Returned the book to the library and then bought my own copy through Amazon. Re-reading it again; reading it slowly.

We all know the story of Charlemagne, 8th century Europe. For me, I was never aware what drove his desire to expand his empire. Either that was not taught when I was studying world history in middle school (?) or I completely missed it.

It was all about religion, Christianity to be specific:
I always thought his expansion was secular in nature. Not at all.

I was curious which Roman Catholic "sect" was most prominent at this time. I knew all of this at one time, but had forgotten. During my USAF tour of England some years ago, mostly Yorkshire, I visited any number of monastery ruins, got the t-shirt and the books, and learned as much as I could, much of which I have now forgotten. A quick google/wiki search suggests it was the Benedictines during the Charlemagne/Frankish rule.

By the way, that's where I first "met" St Bede. His works provided me a number of passwords at the time -- which I no longer use.
Posted by Bruce Oksol at 6:41 AM No comments:

It appears if the IPs for the wells coming off the confidential list -- if reported at all today -- will be reported later this afternoon.


Wells coming off the confidential list today -- Friday, December 6, 2019: 19 for the month; 224 for the quarter:
RBN Energy: regulations spark a bevy of U.S. renewable diesel projects.


Production of alternative, non-petroleum-based fuel continues to be a hot topic around the globe as government policies have incentivized or even mandated these products with the aim of reducing greenhouse gas emissions. In the U.S., we’ve seen waves of ethanol and biodiesel enter the fuel supply chain, but the latest commodity that has piqued industry interest is renewable diesel, whose chemical characteristics make it a particularly desirable replacement for conventional distillate. Today, we provide an overview of the renewable diesel market, the legislative programs in North America that are incentivizing its production, and the projects currently on the books to produce it.

Renewable diesel is similar to biodiesel in that it can be produced from lipids — typically vegetable oil, waste cooking oil, animal fats, etc. However, the production processes for the two fuels are different, leading to important differences in their chemical structures. Renewable diesel is most commonly produced through hydrotreating the feedstock, while biodiesel is produced through transesterification, a process that turns the lipids into fatty acid methyl esters (FAME) — and a great word to remember for Scrabble. We won’t bog you down with a complex description of those two processes, but the important thing to remember is that each of the resulting fuels has distinct properties that allow them to be blended differently with petroleum-based diesel. Biodiesel is subjected to lower blending limits (typically 5-20%; lower in colder climates) due to its cold-flow properties — i.e., its flow behavior at low temperatures — that can lead to plugging, or restricted flows, in vehicle fuel systems. By contrast, renewable diesel is chemically similar to petroleum-based diesel and can therefore be used as a direct “drop-in” substitute that is not subject to similar blending limits.

Posted by Bruce Oksol at 5:40 AM No comments: