A reader sent me a note earlier this evening -- the note reminded me of a solitary drive I took some years ago.

Still one of my all-time favorite videos:


Shadows In A Mirror, Chris Isaak

I hope "they" never bring this highway into federal safety compliance.
Posted by Bruce Oksol at 9:51 PM No comments:

Today's Daily Activity Report With So Many Errors And Omissions, Summary Won't Be Posted -- June 9, 2020

There are so many errors and omissions on today's daily activity report and the scout tickets that would go with them, it's not even worth posting the daily activity report. I will see if the scout tickets are posted tomorrow and try to make sense of today's daily activity report.
Assuming there is some accuracy to what was reported, it appears that Equinor was issued at least four permits for State wells in Stony Creek, Williams County, SESW 25-155-100, all 430' FSL and all about 1700' FWL; based on description; name; and, operator, it looks like these four or five wells will run south into section 36-155-100 and section 1-154-100; if so the following wells are active and producing in these sections:
New Equinor permits:

From the Williston Herald, Beyond-Visual-Line-of-Sight network for drones -- hopefully paid for in part by Amazon -- LOL: 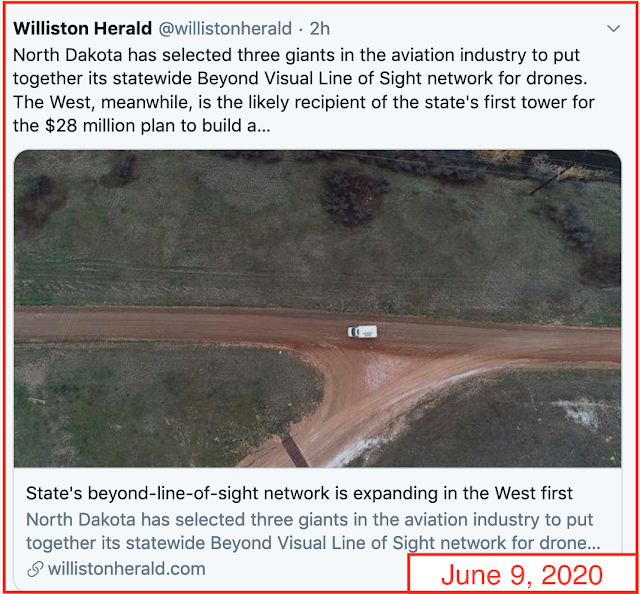 Headlines of interest from oilprice.com.

Great news for North Dakota and Texas: these states can make up any shortfall in natural gas.

Last week and over the weekend.

Salmon --18 minutes on a well-soaked plank. Soy sauce marinade. I normally wouldn't use all-natural lump charcoal for salmon but it was already to go because I had just cooked tuna steak on the charcoal. 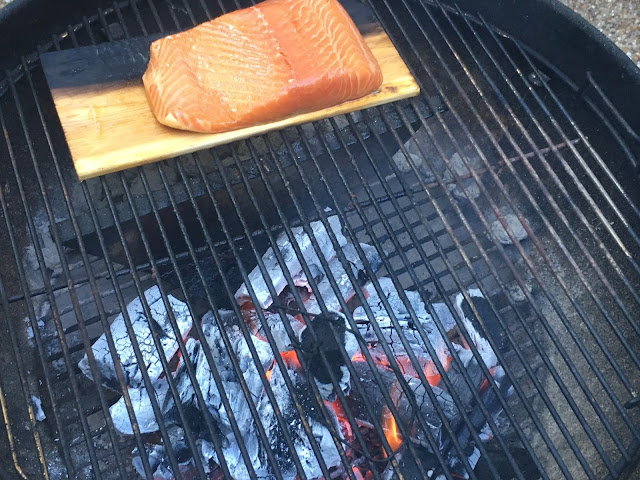 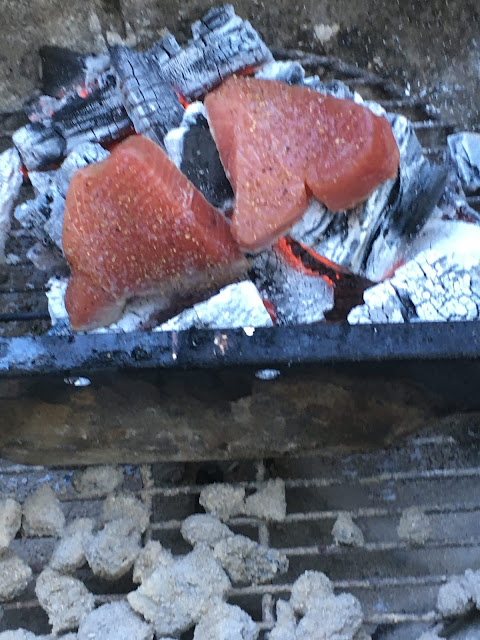 This is huge, absolutely huge, and explains why I said an analyst recently made a rookie mistake when he said Warren Buffett made a mistake by "panic selling" his airline stocks. See "Warren Buffett's Spreadsheet" below. Re-posting from yesterday:


Panic selling: there is an article over at Investor's Business Daily which suggests Warren Buffett took a $2.7 billion loss due to "panic selling" of his equity in four airlines (UAL, AAL, LUV, and DAL).  The journalist makes a rookie mistake in his analysis. I will provide the rationale later if I remember to do so. 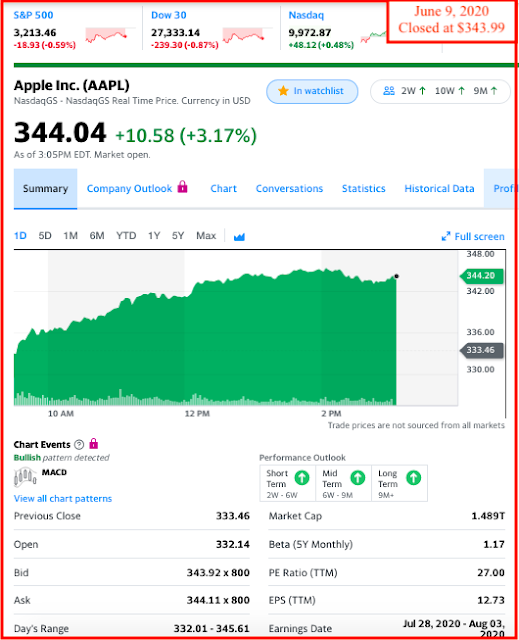 The news: okay, here it is -- Apple at its Developers Conference --
Now, let's check the airlines:

Chicken: two days ago I went to our neighborhood grocer to buy a chicken to "do" a beer-can chicken. Holy mackerel.


There were only six chickens available, all "organic," and very high-priced, averaging about $18/chicken. Some were priced over $20. I went to another store down the street: a larger selection but pretty much the same story. Are you kidding me. I am aware of Wuhan flu and the chicken shortage story.

Yesterday, I went to Costco. Rotisserie chickens for $4.99.

Our oldest granddaughter says Costco has its own chicken farms.

True or not, think about that.

Now, think about Apple, Inc., making its own computer chips.

But, regardless, I'm curious. Does Costco have its own chicken farms? 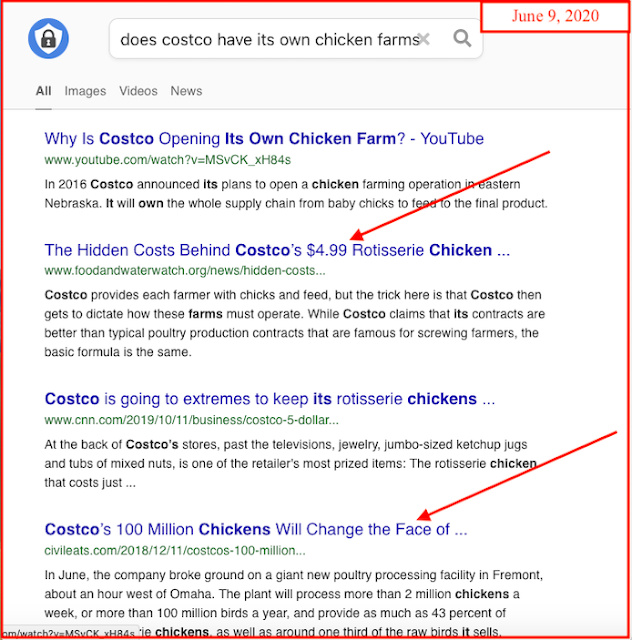 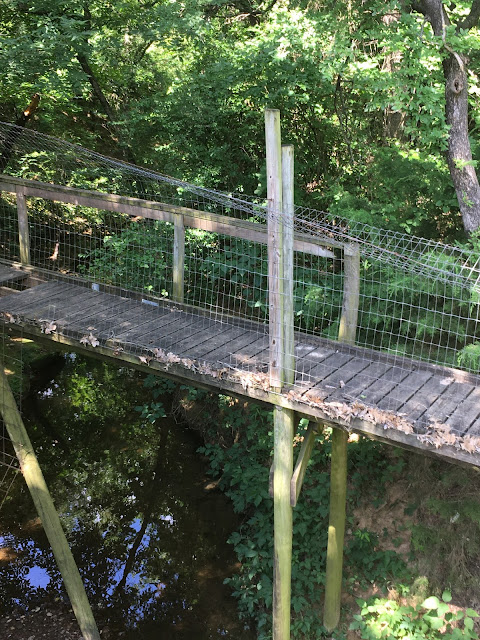 
Did he fire five shots or six? -- Dirty Harry.

What would you rather be holding today? Airline stocks or AAPL?
Posted by Bruce Oksol at 11:07 AM 6 comments:

Are you kidding me? I wasn't going to check the markets today, and then this popped up on my twitter feed: 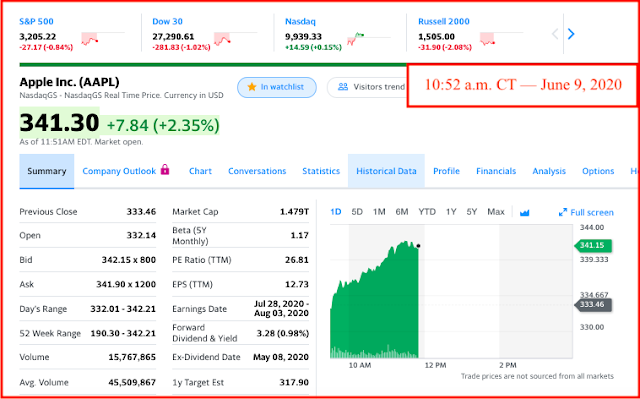 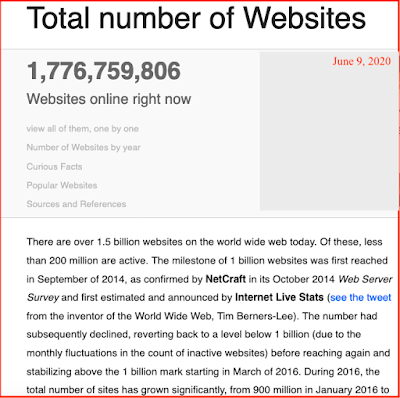 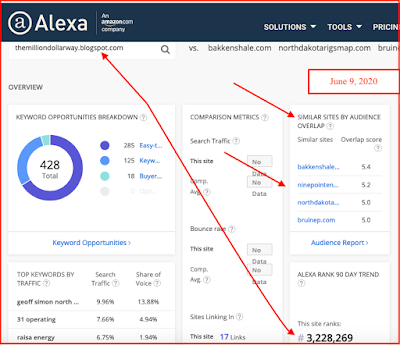 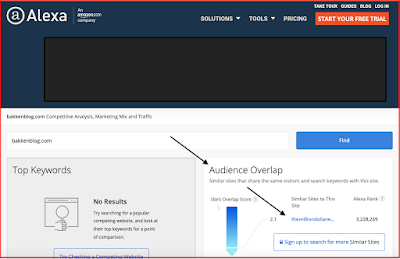 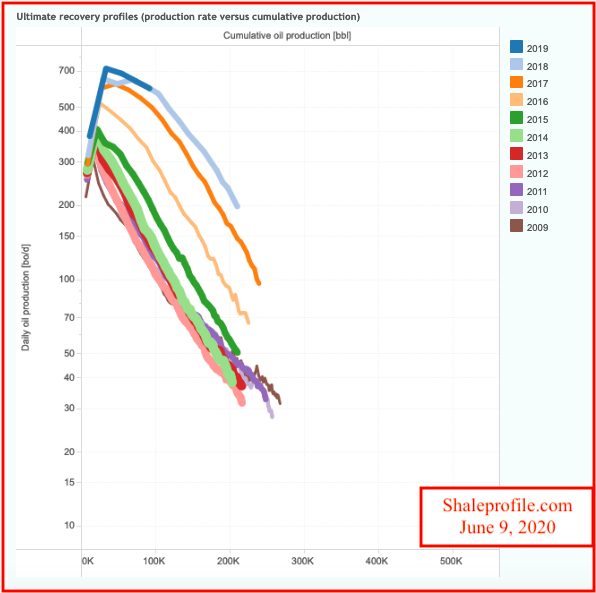 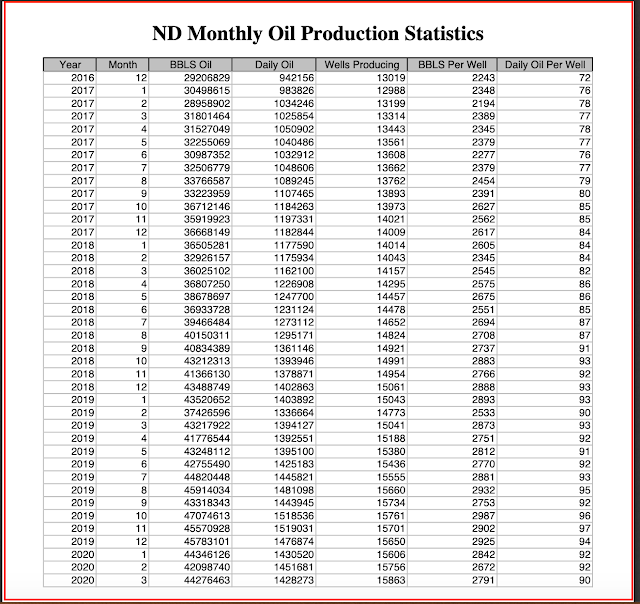 March, 2020. When looking at the final column, one must take into account:
From the EIA, previously posted, link here:

From the archives, link here:

Sophrosyne.
Posted by Bruce Oksol at 6:48 AM No comments:

Concerning: this was all over the mainstream media news yesterday -- Trump down 14 points to Biden. CNN poll. Data points:
Pricing: Saudis raise oil prices by most in 20 years -- Bloomberg. Link here.


Saudi Arabia increased prices for some crude exports by the most in at least two decades, doubling down on a strategy to bolster the oil market after OPEC+ producers extended historic output cuts over the weekend. The steepest jump in July exports will hit buyers in Asia ...

The month-on-month increase in the official selling price for flagship Arab Light crude to Asia, which accounts for more than half of Saudi oil sales, is the largest in at least 20 years. Aramco raised Asian Arab Light by $6.10 a barrel from June to a premium of 20 cents over the benchmark.

The company increased all grades to Asia by between $5.60 and $7.30. That compares with an expected increase of about $4, according to a Bloomberg survey of eight traders and refiners.

“Now we’re back to 2019 or even 2018 levels for many grades,” said Robin Mills, founder of Dubai-based consulting firm Qamar Energy.


Though crude oil prices have been rebounding lately, this spring’s price crash sent shockwaves through the U.S. midstream industry, which had just emerged from a decade of massive infrastructure investment in response to unprecedented upstream production growth. Just as midstreamers were looking forward to steady earnings growth, waves of huge capex cuts and well shut-ins by producers shattered forecasts and shifted strategic instincts toward survival instead of growth.

Every company is different, of course, but a lot can be learned by examining a single firm in detail to see how it will fare in the current market environment, given its particular set of assets and arrangements. Take Targa Resources. An analysis of its performance provides insights into the outlook for integrated natural gas and NGL assets, especially in the Permian Basin, as well as the value of forming joint ventures. Today, we preview our new Spotlight report on Targa.