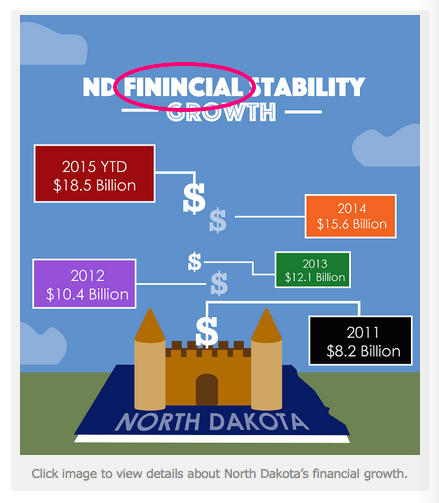 I don't know what all the hand-wringing is about. Moving these jobs to Mexico,
And so it goes.
Posted by Bruce Oksol at 8:49 PM No comments:

Has WTI broken through $40 yet?


In the East Region, stocks were 59 Bcf below the 5-year average following net injections of 50 Bcf.

The AP is reporting.

The list is here.
Posted by Bruce Oksol at 9:07 AM No comments:

Today, Don sent me another example of Saudi's challenges with this tweet:

The tweet doesn't say explicitly that Egypt is getting this for free (it probably isn't) but one can assume the deal is quite favorable for Egypt; not so favorable for Saudi Arabia.

Of course, Saudi's expectations are that Egypt will fight "their" war for them in Yemen.

For the record, there is no area code 211 in North America. The three-digit number 211 is reserved for special services (similar to 411 information and 911 emergency) so cannot be issued as an area code. In many areas, 211 is used as a short code to reach health and human services referrals.

Maybe Baltimore could use "211" to report another homicide.
Posted by Bruce Oksol at 8:59 AM No comments:

Recently:
Now, these new articles on their $2,000 charging stations.

GreenCarReports is reporting that the Tesla letter to rein in local supercharger use goes wrong.

Instead of "free forever" (the phrase the company has used since the beginning), Musk said the Supercharger promise is now “free long-distance travel forever” Superchargers, the free ultrafast Tesla-only DC charges spaced along Interstate highways, weren’t meant to be used for local driving by lucky owners who happen to live near one, said Musk.

Tesla Motors Club has this posting:


I was at the shareholder meeting and heard Elon say in effect Elon clarified that superchargers are really for long distance trips.

He acknowledged that there are some people using them for daily driving, and mentioned that a few are getting notes to that effect.

An owner can technically and legally use only superchargers for daily driving. What did he exactly mean? Has anyone received one of these notes? What about apartment dwellers without access to any plug?

And more at this Tesla Motors Club thread.

Many, many story lines here.
Posted by Bruce Oksol at 8:45 AM No comments:

War on Coal? Japan appears to be sabotaging Obama. Politico is reporting:

Japan poured more than $20 billion into coal projects between 2007 and 2014—roughly a quarter of total international support for coal power. Since 2011, two of Japan’s main public financing arms have backed more than 22 gigawatts of new coal power from Vietnam to India to Chile. They’ve also put about $5 billion into coal mining projects around the world over the same period.

In 2013, by contrast, Obama dropped American support for public financing for new coal plants overseas, except where a plant uses carbon-capture technology or where a developing country has no other choice.

Especially with a major international climate negotiation on the horizon later this year, the divergence in policy has become an open diplomatic wound between the two countries.

Isn't Kyoto in Japan?
Posted by Bruce Oksol at 8:28 AM No comments: