Idle Meanderings On Christmas Eve While Waiting For The Next Event -- December 24, 2017

There are five stories that fascinate me at the moment:

With the bitcoin, we know how low it can go: zero.

With the bitcoin, we have no idea how high it can go.

Not knowing the latter, we can't make any estimate of its intrinsic value.

I've addressed that before and am not going to go into that again. Whether they overpaid or not is in the eye of the beholder, but based on the data we have one can argue it did not cost Oasis all that much.

Two things generally happen to small fish in a big pond: they grow bigger or they get eaten.

A corporation is not a fish, and unlike what might happen to a fish, there are additional "things" that can happen to a corporation. But having said that, in the big scheme of things, oil companies tend to get bigger or they tend to get eaten.
Posted by Bruce Oksol at 12:50 PM No comments:

Shell Signs Agreement WIth Kuwait To Supply The Country With Natural Gas, A Pressing Requirement For This Nation -- Bloomberg -- December 24, 2017

Of the ten world's biggest natural gas reserves, four of them are in the Mideast, but then we get this story from Bloomberg via Yahoo!Finance:  Kuwait signs LNG import deal with Shell, has "need for gas."

The sales purchasing agreement with Shell International Trading Middle East Ltd. will start in 2020. Shell has supplied Kuwait with the super-cooled fuel since 2010 and declined to say how much gas is covered under the new contract.

While KPC is working to boost local natural gas production, Kuwait has a “pressing requirement” to secure natural gas supplies in the meantime.

LNG could help meet Kuwait’s domestic demand for power to run air conditioners during hot summer months and cut the amount of crude oil burned instead of exported for profit. The contract will cover 2 million to 3 million metric tons of LNG a year, priced at 11 percent below a Brent benchmark, a person familiar said, asking not to be identified because terms of the deal are private.

This comes on the heels of a story that Saudi Arabia is shopping for shale gas properties in the Permian. And all this time, I thought the Mideast had an inexhaustible supply of oil and natural gas.
Posted by Bruce Oksol at 11:49 AM No comments:

Sophia bought presents for the dogs she encounters on her walks to the park. This is her with one such dog, Huey, and the toy she got him. 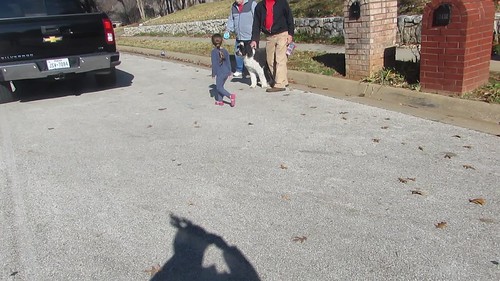 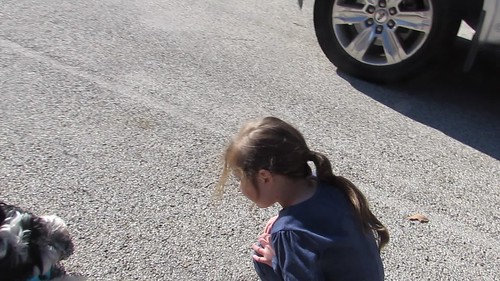 Somehow, I just can't get too excited about this first world problem, and apparently neither did UPS. I have studied this "problem" for years, and it appears the secret lies with "early mailing" but I could be wrong. And, oh, by the way, last time I checked, brick and mortar stores will be open until late today. As we used to say in Williston, if you can't find it at Walmart, you don't need it.

On another note, the twelve days of Christmas this year have been the best ever:


By the way, it appears Santa is on his way: 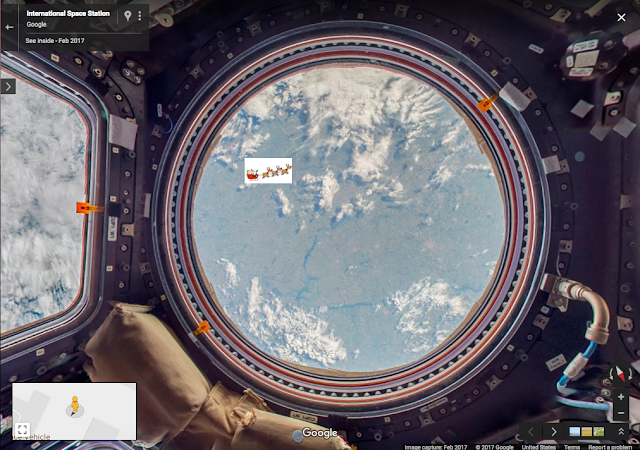 Top stories by month for the year, 2017 are linked here.

Runner-up: The Bakken strikes back, version 2

Most surprising story of 2017: despite all the hysteria, war did not break out on the Korean peninsula, nor in the Mideast; global economies surged (well, sort of)

The most egregious story to come out of the Bakken: North Dakota State wants a "stay" on the mineral rights case. This was the case:

The state legislature, in an attempt to resolve disputed mineral rights that are hampering development of minerals in the Lake Sakakawea area, had commissioned a study of the historical, high water mark of the Missouri River prior to building Garrison Dam, which created Lake Sakakawea. Their legislation would also restrict the state’s mineral rights to that historical ordinary high water mark.

The US: the signing of the GOP tax cut bill, the largest in US history

Most exciting small non-operator in the Bakken: NOG

Most exciting micro operator in the Bakken: White Butte

Most exciting small operator in the Bakken: Oasis

The deals: Oasis sells off some Bakken assets to enter the Permian

Refining: announcement that construction of the Davis refinery (near Belfield) to commmence in early 2018

Investment story of the year: n/a

The "Other" Williston Basin formations: n/a

Bakken economy (too many to list): Williston airport moves long; this is #6 on the Williston Herald's top ten list; link here. Also here, if that link breaks.

History: n/a
Posted by Bruce Oksol at 8:54 AM No comments:

Fracking
Random look at a mini-re-frack

Miscellaneous
Re-balancing down to 30 weeks

Reminders:
Natural gas liquids primer now available from the DOE for free with just one click
Posted by Bruce Oksol at 8:00 AM No comments: