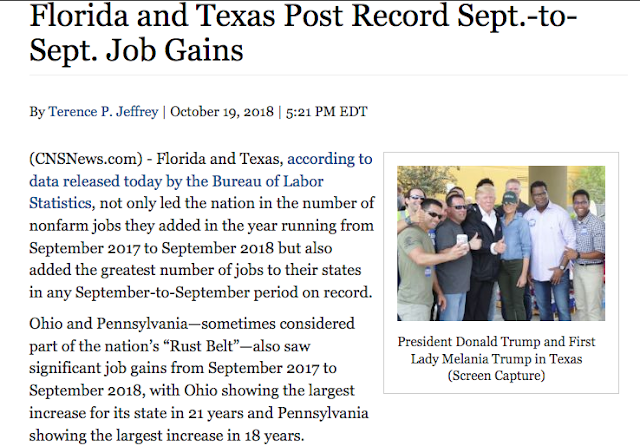 Data points:
From the linked story:

At the linked site, the graph for Florida is similar to that of Texas below: 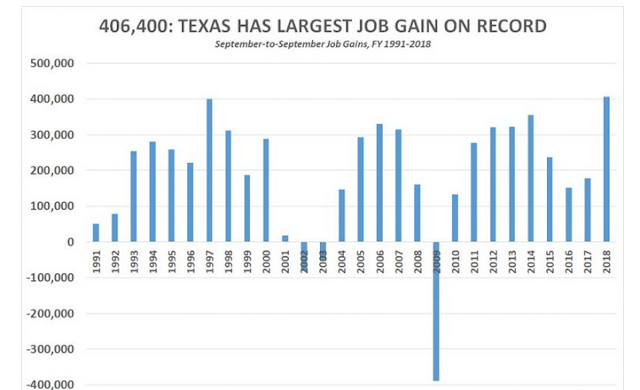 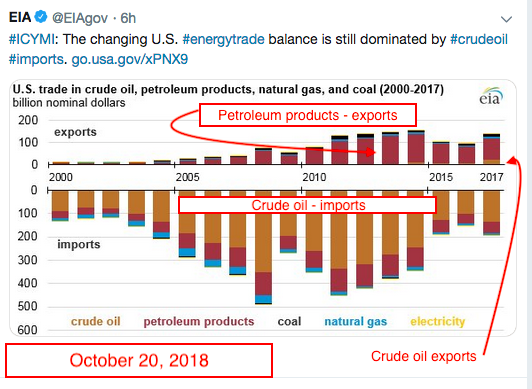 This is a most interesting graph.

1. Why is heavy sour priced lower than sweet light? Short-term: pipelines won't mix sour oil with sweet oil. They generally won't mix heavy oil with light oil either (exception being a small amount of light oil used as diluent to move very heavy Canadian sands oil through pipelines).
2. That was the fallacy with the proponents (e.g., Senator Baucus of Montana) who agreed to support the Keystone XL only on the condition it would ship Bakken oil. TransCanadian gave in to that ridiculous proposal but it means that six days a week, Keystone XL would ship heavy oil from Canada, then purge the line and on the seventh day, ship Bakken light oil.
3. Long term: companies are running away from sour oil as fast as they can. It's pretty much a "dead" oil after 2020 or whenever the global restrictions on sour oil kick in. There will still be a market for sour oil, but it will be a niche market. Maybe China tea-pots will like sour oil.
4. The amount of imported foreign oil is trivial compared to overall production in the US. The imported oil is niche:

a)  California absolutely depends on foreign heavy oil; California is an island; they won't build pipelines into California for good reason; and they will never build any new refineries in California no matter what; they are stuck with what they have
b) Saudi Arabia has a huge refinery along Texas/Louisiana coast; Saudi will use its oil to supply that refinery
c) US refiners along the TX/LA coast are geared for heavy oil, as you note; they were burned years ago when they re-configured from light oil to heavy oil thinking the oil from western Canada would get here; they won't do that again --  two risks:

5. On the other hand, the trivial amount of foreign oil being imported is absolutely necessary so that light oil can be used in heavy-oil-optimized refineries. RBN Energy discussed "bar-bell blending" (heavy oil and light oil at either end of the bar-bell) years ago.  Although not particularly relevant to this discussion, RBN Energy talked about blending just last week.

There are a lot of folks who think "oil" is dead twenty years from now (demand destruction; renewables; mandates; regulations; etc) -- and we're not talking just about far-left kooks. Even BP and XOM are making moves to hedge their bets on oil.


In the eyes of most modern physicists, time is not continuous. Time is not like a children's slide .. time is like a staircase. You have to take one step at a time. And each step is the same distance part.... you can take an elevator from the fourth floor to the fourteenth floor, but you can't take the elevator to the 14.75th floor --well, actually you can, but ...

And there's "plenty" of time during the "riser" for interesting things to happen.

There's still a lot of book left; I don't know where the writer will go with this but if time is quantum .. wow ... I assume string theorists have worked that into their equations ... but this is the first time I've read about "quantum time" and I've never read anything about quantum time when reading about string theory

The fact that I've not read about quantum time before (nor since) makes me wonder if "quantum time" is still a valid model? 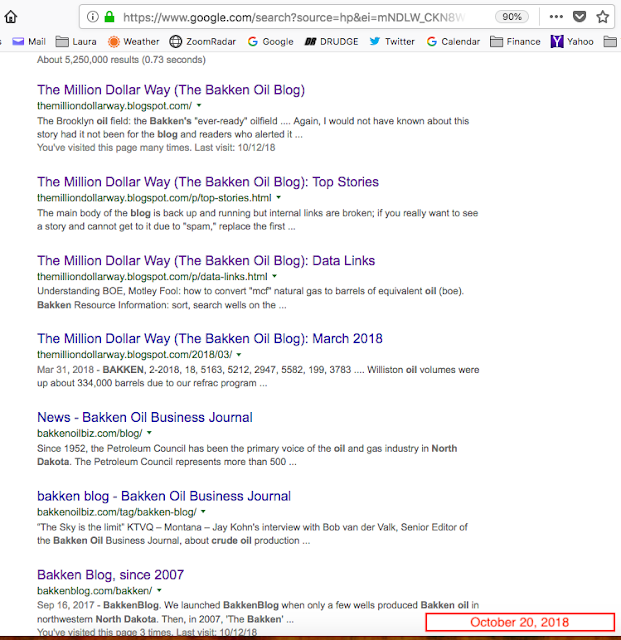 From The Bismarck Tribune: Dakota Access (DAPL) expansion takes step forward.
The company also had a press release:
In the big scheme of things, I'm not sure what to make of the timing; the incremental increase seems to be trivial.

That quote has been attributed to the 17th century poet, William Congreve’s, in his 1697 poem The Mourning Bride. The quote  has been wrongly attributed to Shakespeare.

However, the more likely source:


Meanwhile, Aeneas was holding a steady course with his navy, confident,
Even while cutting through the waves growing dark from the north wind's gusts.

And while gazing back at the city ablaze with Elissa burning, unfulfilled.

What ignited this huge conflagration lurked unexplained.
But great love's pain, edged sharp by betrayal,
That is proverbial; as is what a woman can do in her fury.
Teucrians, then, in their hearts, made a grim assessment of omens.


Queen Dido, queen of Carthage, has been spurned by Aeneas. He is on his way to Italy. Looking back he sees Carthage ablaze with Elissa burning. Elissa is another name for Queen Dido. Meanwhile, the Trojans, in later years, referred to themselves as Teucrians. In most myths, in which King Teucer is mentioned, he is described as being a distant ancestor of the Trojans.

Most under-reported energy story of the week: US gasoline demand plummets.

Most unlikely thing to happen: Saudi Arabia will "take the gloves off."


Moving forward: the state may get share of wind energy taxes.

The 2019 North Dakota Legislature will be asked to consider legislation that would eventually channel one-third of taxes paid by the wind industry to the state treasury.

Currently 100% of the revenue paid by the wind farms stays in the county where the wind installation is located.

North Dakota has emerged as a national growth star according to a State of the Heartland Report by the Brookings Institution. Driving North Dakota's growth is the surge in employment opportunities.

The report says North Dakota led the nation with its strong growth rate for employment at new firms. The state is leading the nation with annual job growth of 2 percent since 2001, largely driven by the state’s oil and gas boom.

As to the state's output, North Dakota has seen the fastest economic
growth in the Heartland and the nation as a whole, with real annual growth of five percent since 2010, largely due to the rapid growth of the state’s energy sector and the advent of hydraulic fracturing.

Reminder to self: memo to Art Berman.

Operations:
MRO reports a well that produced at a rate of 82,000 bbls in the first month of production
Another MRO well extrapolates to 107,000 bbls in one month; also, here
WPX with two nice Joseph Eagle wells
A 50-foot flare
The incredible CLR Mountain Gap wells have been updated
ERF's "cloudy" pad posted
The Brooklyn oil field: the Bakken's "ever-ready" oilfield

Miscellaneous:
Quick takes
Posted by Bruce Oksol at 9:23 AM No comments:

ICYMI: earlier I posed this "riddle" -- fill in the blank --
The answer will be found below the fold.

Lottery: no one won the big prize. Out of guilt (a long story) I bought five tickets ($10) for my wife. I told her not to throw the tickets away; a lot of lesser prizes were awarded. We both agreed that if we won a million-dollar prize it wasn't worth the effort to claim it. We're going for the "big one." [Later: as noted, I bought 5 tickets for a total cost of $10 dollars. We had a "1+1" winner which was worth $8.]

Lottery 2: the Brewers are still in it. And based on early reports they go into game 7 with a huge advantage. So, the odds of the Brewers vs Boston in the World Series looks like 5 - 1 odds. Better than that other lottery. [Not to be: the Brewers soundly beaten -- 5 -1 was the score -- same as my odds of them winning. What a coincidence.]

The week in energy: this may be behind the paywall. From the Financial Times today. With regard to the Khashoggi affair, a fist-fight gone awry.


Consensus: There will be targeted US sanctions against some Saudi individuals, which are likely to be “enough that the administration can argue they are punishing the bad actors, but not so much that Riyadh will be forced to respond”.

If that is indeed the outcome, he added, “crude oil flows should be unscathed”. That appears to have been the view in the market: Brent crude drifted downwards during the week from $81.50 on Monday to about $80.30 on Friday.

By the way, the Khashoggi affair reminds me of something Sir Saint Obama once said.


"They bring a smart watch. We bring a bone saw."

And, of course, this gives new meaning to "kick 'em when they're down." -- Eric Holder, former US Attorney General and likely future presidential candidate.

Also from the FT:


The Trump administration has, since last year, been working on a plan to bail out struggling coal-fired and nuclear power plants, but now appears to have shelved the idea after opposition from economic and security advisers.

Siemens was heading for a big contract win to supply power equipment to Iraq. Then the US government intervened, and now General Electric is poised to win a substantial share of the business.