CLR Has Permits For A 12-Well Pad In Haystack Butte; Ten DUCs Reported As Completed; Hess With Some Nice Wells -- February 18, 2019 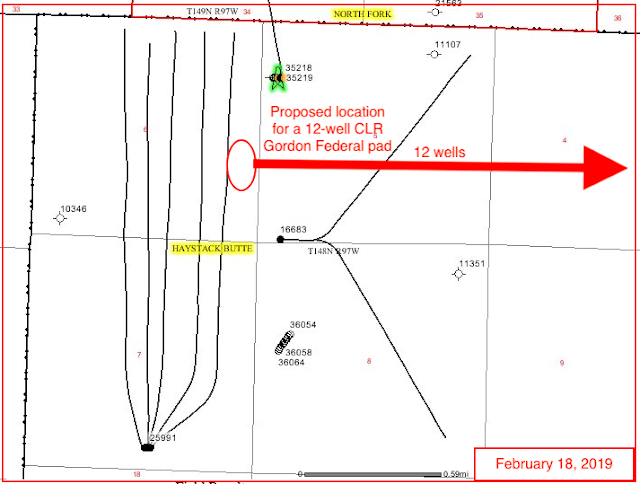 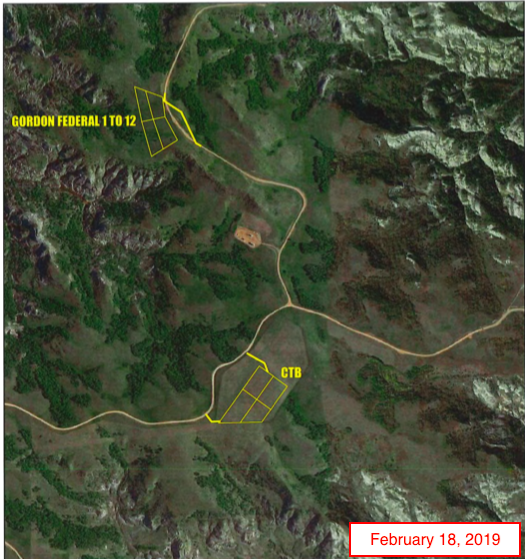 February 20, 2019: contributor over at SeekingAlpha looks at CLR's 4Q18 and CY18 results. Archived.
February 19, 2019: earnings were reported after hours yesterday; before earnings came out, CLR was up about 3.5%; this morning, with the overall market down a bit, CLR is down almost 7%.

From SeekingAlpha, misses on top and bottom line:
Press release.

I'm going to be off the net for awhile and do some reading.

The book for the next few weeks, continuing my focus on Los Alamos: The Making of the Atomic Bomb, Richard Rhodes, 1986, winner of the Pulitzer Prize; the National Book Award; and, the National Book Critics Circle Award.

I might come back to this very interesting WSJ article on Apple.

I don't know if I will get into global warming or not.

If you aren't following Powerline you are missing this: 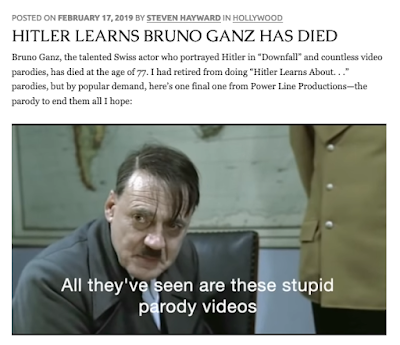 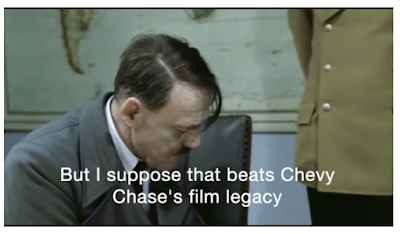 While reading the first few pages of The Making of the Atomic Bomb, I read that Leo Szilard had "graduated from the Minta in Budapest."

Decades ago when I first started investing in publicly traded oil companies, I did not know to what extent reserves played in how analysts valued an oil company. I might have blogged about that; I'm sure I did.

But times are changing. This report from Bloomberg via Rigzone: energy companies are at increasing risk of "over-investing." To correct that, some majors are rewarding their CEOs on "bang-for-buck" rather than for success in increasing reserves.

I remember all the hand-wringing in 2014 or thereabouts that oil companies were not investing enough in conventional exploration, that shale oil could not make up the difference, and by 2020, there would be a relative shortage of oil.

The tea leaves suggest there will be no shortage of oil in 2020.

The problem will be the "right" kind of oil. The oil companies had that figured out years ago when they went forward with the Keystone XL. Unfortunately, now the perfect storm:
Me? Not a bit worried. The refiners will take a hit on margins and the price of gasoline might go up, but "they" will find ways of getting heavy oil if they need it.

Interestingly enough, in the global hierarchy, the tea leaves suggest that of the three, the UK is in the worst situation for heavy oil; the EU is next; and, finally, the US -- however, the latter will do just fine.

The issue of the "right kind of oil" is nothing new. It's been discussed often on the blog.
Posted by Bruce Oksol at 9:59 AM No comments:

It's a federal and state holiday but the NDIC posted the IP data for wells coming off the confidential list over the weekend and today; and, now, I see they've posted the daily activity report for Friday, February 15, 2019.

In addition to the five permits reported on Friday, here is the additional data of interest: