I skimmed this article; looks like one for the archives.

Solar energy debacle in the UK.

Reported over at oilprice with a lot of links to other sources.

Related: is this the beginning of the end for Tesla's solar business? Also at oilprice. Dated June 20, 2019.

Isn't this interesting? I can't read the story -- behind a paywall -- but the headline: global EV sales fall for first time in history. Link here. But a google search reveals many, many articles, most of which are accessible. A top story of the week. Speaking of which, it looks like by this time next year I will no longer subscribe to cable television. I will be on Apple TV for $4.99/month. Seriously.

Later: it looks like it's time to watch the "James Bond" movie over on TCM. This is as exciting as watching paint dry. Second quarter, 6 - 3.

The well:
The CLR Hereford Federal wells are tracked here.
Posted by Bruce Oksol at 8:42 AM No comments:

The wells:
Other wells in/near section:

Jobless claims, link here:
Comment: I no longer track the "unemployment" data, as such, but it is interesting to periodically compare these numbers with the numbers we saw back in 2012 and going forward a couple of years. Unemployment claims then were running upwards of 400,000 vs the 200,000 now.


.... share price "hovered at their best in seven weeks and extended their gains to a third straight session. The stock is up more than 8% in September, a contrast with losses of nearly 7% in August. Chief Executive Elon Musk late Tuesday tweeted the Model S, Tesla's luxury sedan, had just set a record for the fastest four-door sedan "ever," promising a video of the alleged feat later today [September 11, 2019]. Tesla shares have lost 26% this year, in contrast with gains of more than 19% for the S&P 500 index."

Disclaimer: this is not an investment site. Do not make any investment, financial, job, career, travel, or relationship decisions based on what you read here or think you may have read here.

First things first: Starbucks. Breaking news! You know those little green plastic "stopper-sticks" that Starbucks puts in your plastic lid? Once they run out, they will not re-stock. Starbucks is phasing out these little green plastic things. This looks like an opportunity for a Chinese entrepreneur! LOL! The reason they were phased out is because no one at Starbucks could come up with a "real" name for these things, and none of the bean counters (pun intended) knew where to place them as a line item on the quarterly financial statements. Baleen whales had been using these little things to floss their baleen. 4Q19 earnings guidance jumped 14.5% on this development. 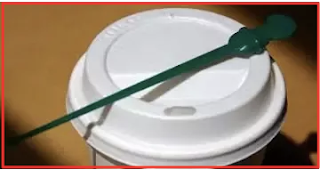 Disclaimer: this is not an investment site. Do not make any investment, financial, job, travel, career, or relationship decision based on what you read here or what you think you may have read here.


The expansion in America’s exports in June was helped by a surge in crude-oil shipments to more than 3 million barrels a day, the IEA said.

At the time, Saudi Arabia was cutting its exports as part of the OPEC+ agreement, while Russian flows were constrained by the Druzhba pipeline crisis.

The Saudis reclaimed the top exporter’s spot in July and August as hurricanes disrupted U.S. production and the trade dispute “made it more difficult for shale shipments to find markets,” the IEA said.

The tussle for the No. 1 slot could remain tight in the months ahead. As Saudi Arabia continues to curb production, the IEA said America’s crude exports could rise by a further 33% from June levels to as much as 4 million barrels a day as new export infrastructure gets built in the fourth quarter of this year.

Re-posting: this Pemex story was posted yesterday, but either I missed it or it was not made clear that the $5 billion for Pemex was coming from the Mexican government. The oil and gas sector should be a revenue stream for the country of Mexico, not the other way around.


PEMEX: lined up $5 billion in re-financing; teetering on edge of junk credit rating. Until re-financing had $15 billion of debt coming due over next 12 months. Data points:


Limetree Bay Refining plans to restart a former Hovensa plant in St. Croix, U.S. Virgin Islands, at the end of 2019. The refinery’s initial processing capacity of 200 Mb/d represents a significant addition to the North American stack, helping to replace the loss this year of the 335-Mb/d Philadelphia Energy Solutions plant in Pennsylvania.

If it opens on time before the year’s end, Limetree will be well-positioned to fill a void in Caribbean refining that’s been left by Venezuela’s collapse as well as the International Maritime Organization’s (IMO) 2020 changes to the bunker fuel market. The plant’s location in the middle of world trade routes conveys some advantage, but it must compete with U.S. Gulf Coast refineries to supply regional markets. While higher input costs compared to U.S. rivals will dampen margins, a tolling agreement with BP could insulate Limetree from market exposure. Today, in the first of a two-part blog series, we review the operations and potential product market for the refinery.