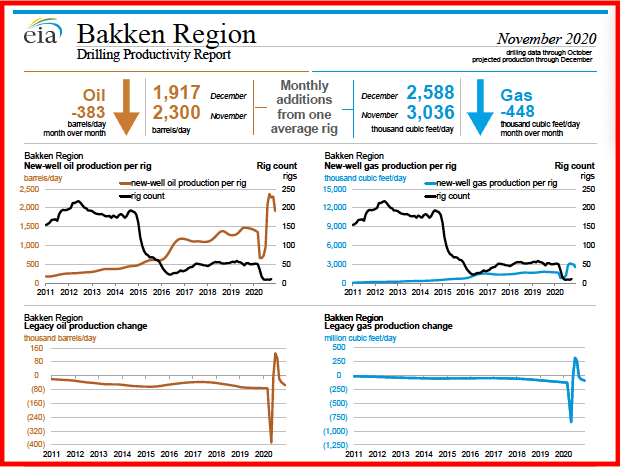 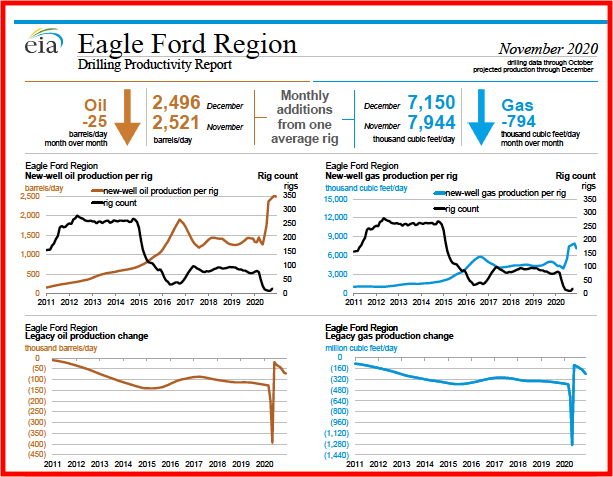 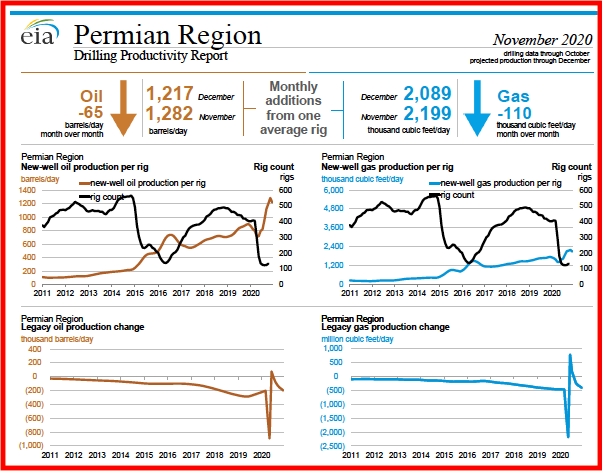 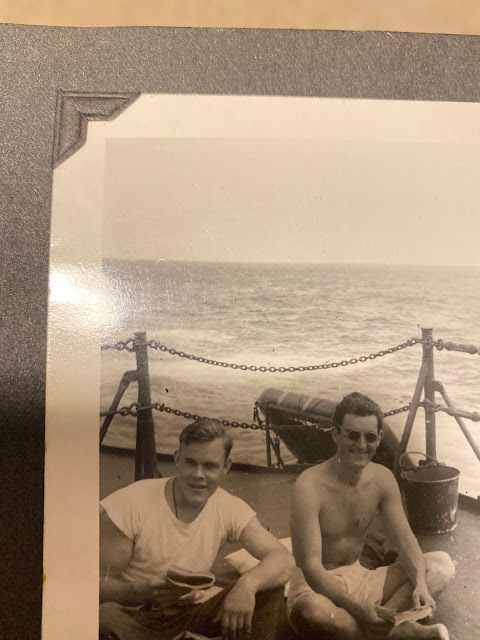 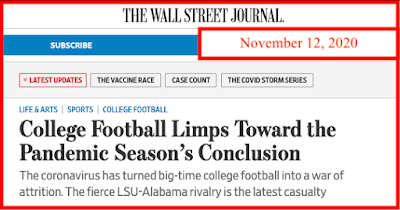 Huge loss for everyone. Incalculable. Say that fast three times

I still argue that if any team does not show up for a scheduled game, regardless of reason, forfeits the game. If neither team shows up, it goes down as a tie.

So, when do the "call" the season?

Can't wait to listen to talk TV on Monday.

For the archives. I really don't care.

The ZeroHedge Article On That BofA Study On The Zillennials Has Re-Surfaced -- November 21, 2020

Remember this post from a couple of days ago?

The study is not so much about "generation" as about "age": 16-year-olds think differently  than 60-year-olds; when those same 16-year-olds turn 60, their answers to the same questions will change;

Maybe it was simply a glitch. The story now seems to be re-posted at ZeroHedge (same link as above):

It seems like only yesterday that Wall Street was writing massive research reports how the Millennials were going to "make a difference" in the world as a result of their "pent up" purchasing power which was just waiting to be unleashed.

Unfortunately, in retrospect the Millennials were a huge disappointment, having made absolutely no "difference" in the world (the Fed decided to make it for them) despite having created millions of ingeniously airbrushed Instragram posts.

And so, with Wall Street desperate to pin its hopes on someone who will prove to be the spending dynamo that pushes the US economy out of the doldrums - which is Millennials were supposed to be - the street has shifted it attention to those next in line, namely...

In one of its massive "thematic investing" primers which doubles as a paperweight thanks to its hundred + pages of recycled content (copy a chart, replace Millennials with Gen Z, paste) Bank of America writes that "Here come the Zillennials! Gen Y is out, Gen Z is in" (which is oddly reminiscent of a similar primer the bank wrote a few years back when it said virtually the same things about Millennials).

But we digress: in an intro that will hardly endear Bank of America to the millions of 20-year-olds who are supposed to change the world, now that Gen Y has been cast into the trash bucket of demographics, the bank writes that "despite having an attention span shorter than a goldfish’s (8 seconds) Gen Z is the most disruptive generation ever and sees themselves as ‘citizens of the world.’

The only "good" thing about the article, the breakdown of the different generations by age as generally accepted.

Generation Y, 25 - 39, seems to make more sense, but when the current four-year-olds are 25, their oldest Z-Generation comrades will be 45 years old. Twenty-five-year-olds will still be living at home; forty-five-year olds will be looking at buying their first home, and, maybe their first car. Big difference.

Most of this will be behind us when the younger ones are in middle school. 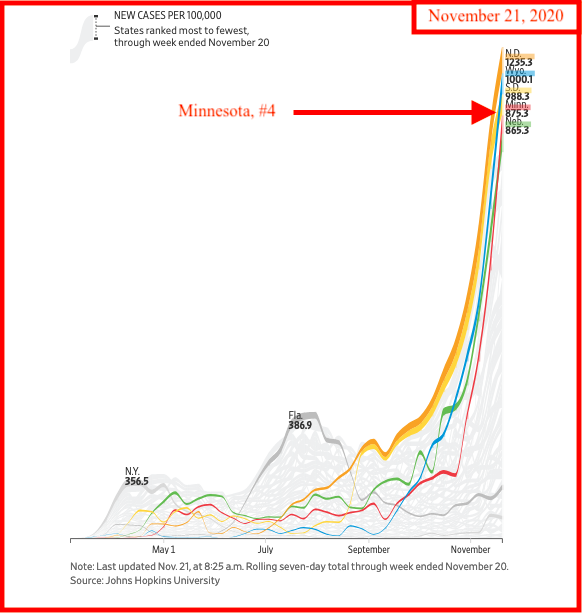 Second, Sweden's second wave is seriously worse than its first phase. Ouch. Link here. Setting filter to "two days ago," Sweden jumped to #19 in world rankings with regard to number of new cases, and this is not per capita, which would make it even worse. Link here. Interesting: ZeroHedge not bothering to point this out. Doesn't fit its narrative. 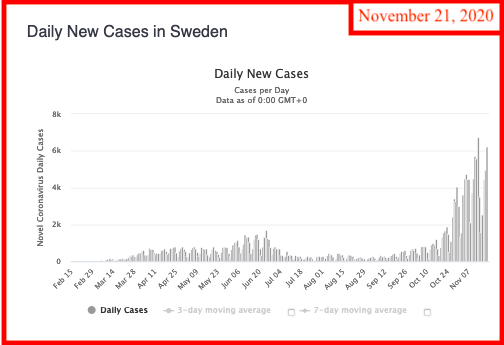 Third: deaths per capita, link here, filter set to "yesterday," North Dakota remains at the #8 position. South Dakota jumps to #14. Total cases per capita, again, filter set to "yesterday, link here, North Dakota is #1 and trending toward 10% penetration (good, if one wants herd immunity). [Note: the links may take you to the same page; if so you have to re-filter for the data.] But look at this, the mask mandate put into effect in North Dakota this past week already paying dividends: 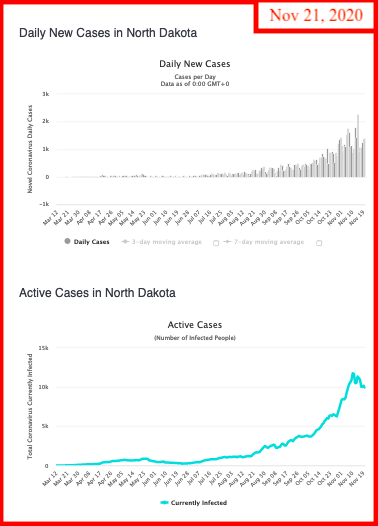 My sister came across this photograph of our dad, undated. He may have been 16 years old. You think? Maybe fourteen years old. Maybe eighteen. One wonders about the camera, the photographer. This would have been in 1936 or thereabouts outside Newell, SD, one of the remotest places on earth. then and now.

It's hard to believe that at this age, and younger, he was able to handle a team of four horses. Look at the size of his left hand. I did not know, until now, he had a dog. It doesn't surprise me. I just didn't know. What makes me think that his middle school and high school years were so much more rewarding than what I experienced? 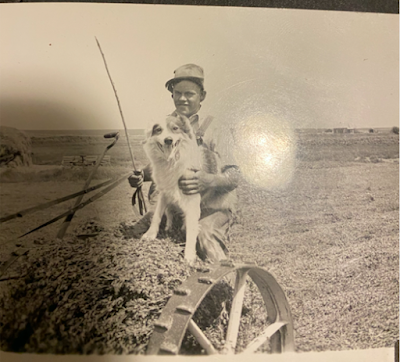 Running Out Of Fingers And Toes: Tracking The EV Manufacturers -- November 21, 2020

The WSJ has a great update on eleven EV startups chasing Tesla (linked above).

The eleven start-ups covered by The WSJ, with capital raised (prices all before tax incentives):

College football: evangelical Christian college is #1 in the nation. The WSJ.

Market commentary: a stock market bubble? It's more like a fire.