EV sales rose 65 percent from 2017 to 2018. But in 2019, the number of units sold increased only to 2.3 million, from 2.1 million, for year-on-year growth of just 9 percent. Equally sobering, EV sales declined by 25 percent during the first quarter of 2020. The days of rapid expansion have ceased—or at least paused temporarily. Overall, Europe has seen the strongest growth in EVs.

From afdc.energy.gov (at the link scroll down to "US plug-in electric vehicles sales by model"): 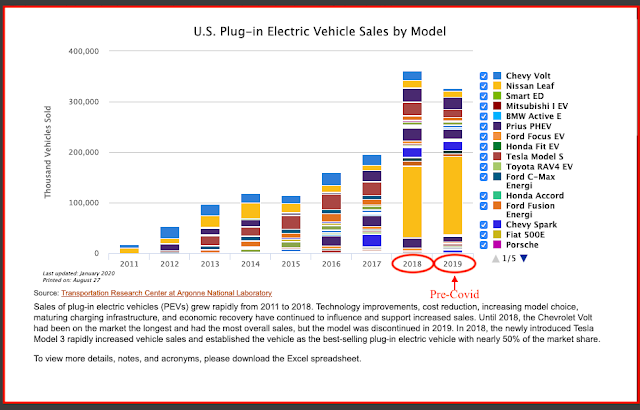 How many vehicles are sold in the US each year?

DAPL court case was in the news today. Based on what the news stories were reporting, I think the US Army Corps of Engineers has the wrong argument. Just between you and me. One link here. Reuters link here.

The smoked balsamic / garlic infused oil won't last but a few weeks, but I can stretch the "salts" to last a lot longer, used only on the best cuts of meat for grilling. 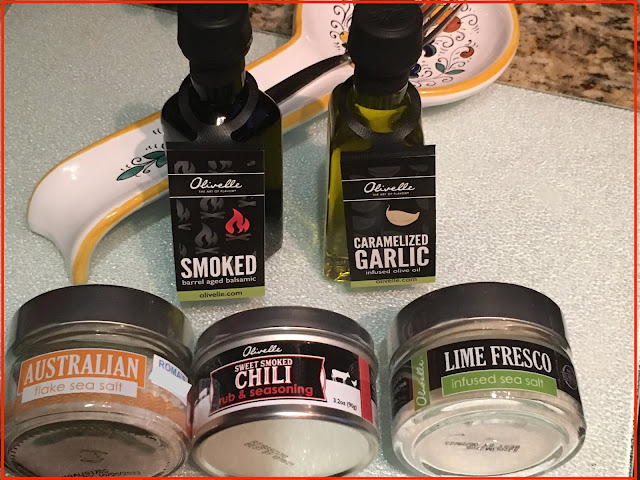 I have not found anything as good as Australian flake sea salt for steaks. The other two are new to me this year. 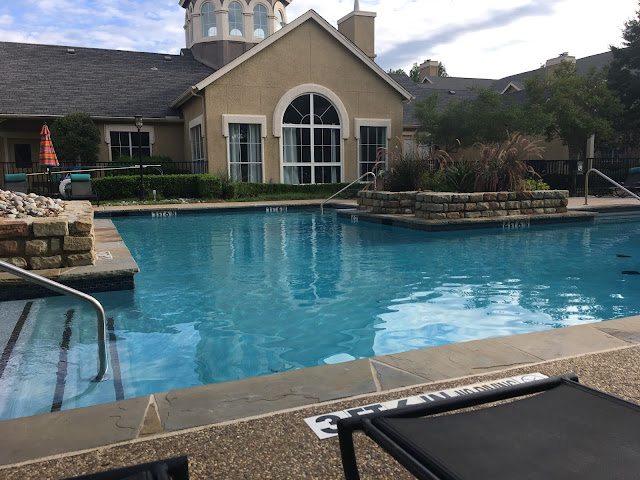 The North Dakota Public Service Commission approved two pipeline projects Wednesday: one for a new natural gas processing plant in Williams County and another for the Dickinson refinery.

The Williams County project involves two new pipelines that will extend from OE2 North's Bill Sanderson Gas Processing Plant, which is located west of Williston. Both will connect to larger pipelines. One of the proposed lines, with a length of 1.3 miles and a capacity of 80,000 barrels per day, is to carry natural gas liquids. The other is for residue gas, with a capacity of 250 million cubic feet per day and a length of 4.7 miles. The project is projected to cost $6 million, and the lines are expected to begin operating by the end of the year.

Construction on the processing plant began this spring and has continued over the course of the summer.

How does it work?

The BMW Championship (started today, Thursday, August 27, 2020) is a professional golf tournament which is the penultimate FedEx Cup playoff event on the PGA Tour schedule.

With only seventy players in the field, there is no 36-hole cut.

FedEx Cup points amassed during the regular PGA Tour season and then during The Northern Trust determine the participants.

The top 30 FedEx Cup points leaders following the BMW Championship advance to final playoff event, The Tour Championship, where the FedEx Cup Champion will be determined.

The "employees" have agreed to go back to work either tomorrow, or Saturday, following their short-notice work-stoppage yesterday. The owners no longer seem to care one way or the other. They will let the employees do what they want.

World oil demand has grown at a record pace – by 13 million barrels per day (bpd) – in the past four months since the nadir of the COVID-induced collapse in April, IHS Markit reported Tuesday.

Presently at 89 percent of pre-COVID levels, global oil demand has risen from 78 percent in April, the consultancy noted in a written statement emailed to Rigzone. The firm attributes the increase to relaxation of some COVID-19 restrictions. It predicts demand should continue to go up until leveling off at 92 to 95 million bpd through the first quarter of 2021. It pointed out the projection equates to roughly 92 to 95 percent of prior year levels.

The anticipated plateau in demand will stem primarily from subdued air travel and commutes, IHS stated.

“The meteoric rise of world oil demand from the lowest lows of the COVID crash is going to come up just short of a full comeback, at least for now,” remarked Jim Burkhard, IHS Markit’s vice president and head of oil markets. “For demand to fully return, travel – especially air travel and commuting to work – needs to get back to normal. And that won’t happen until there is containment of the virus and effective vaccines.”

IHS Markit also stated the number of air flights globally is approximately 30 percent lower than February levels – a marked improvement from the 78-percent shortfall in April. However, it observed that actual jet fuel consumption remains 50 percent lower than prior-year levels because the number of long-haul flights has not recovered to the extent of short-haul flights.

Gasoline demand in the US has flat-lined. The question is whether demand is driven by consumers burning oil, or whether it is simply countries, like China, buying huge amounts of oil for storage at bargain-basement prices.

This headline caught my eye ...

Except for Equinor, none interest me. How many of these decisions were based on "political correct" thinking by their governments. Business decisions? Hardly.

But then look at this:

It is instructive to note that a national oil company, and not an independent oil company, has the most ambitious green strategy of them all. Of the $18B that the supermajors plan to invest in clean energy over the next five years, more than half will come from Norwegian state-owned multinational energy company, Equinor ASA’s (NYSE:EQNR) coffers. In fact, if you remove Equinor from the equation, Big Oil’s renewable investments will actually decline over the next three years before even factoring in the industry-wide deep capex cuts due to the Covid-19 pandemic.

And then if that was not enough, this:

Norway is planning to expand oil drilling in previously untouched areas of the Arctic, a move campaigners say threatens the fragile ecosystem and could spark a military standoff with Russia.

A public consultation on the opening up of nine new Norwegian oilfields closed on Wednesday.

The areas in question are much further north in the Arctic than the concessions the US president, Donald Trump, announced for Alaska this month.

Experts say the area is regarded as risky both environmentally and in terms of profitability. They also say the decision risks antagonising other nations which are party to the 100-year-old Svalbard treaty, which regulates activity in the area concerned.

Helge Ryggvik, an oil historian at the University of Oslo, says Norway’s move is a result of the oil industry struggling, a crisis which has worsened during the coronavirus pandemic.

The Arctic has to be the absolutely difficult place to drill, both from a technical point of view, and politically, and yet Equinor says it will open up nine new Arctic oilfields. 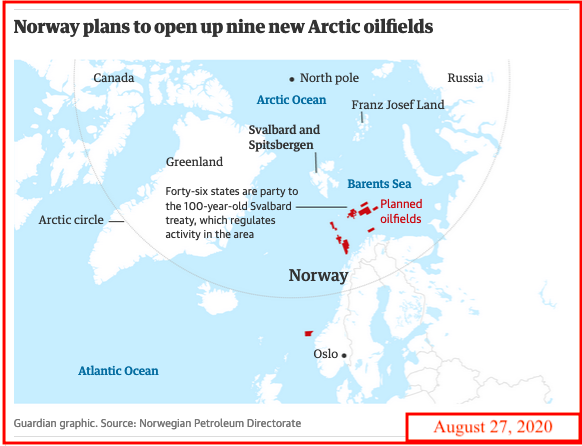 First, it suggests that Equinor is tied to oil for a long, long time -- it will be decades for Equinor to develop these fields.

Second, it suggests that Equinor is running out of "easier" plays (although they are drilling in the environment they know best).

And, finally, Equinor expects the price of oil to get back to $100/bbl some day.

Oh, one more thing: remember, Equinor is a national oil company. The country relies on such income.

Since January, 2020, or thereabouts, when flights from China were banned due to Wuhan flu, I've not had a(n) haircut by a professional since then.

The only person who cuts my hair: Sophia.

I had another haircut yesterday: 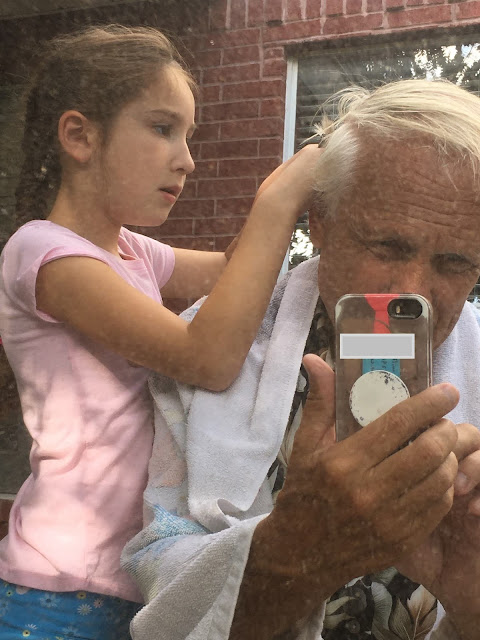 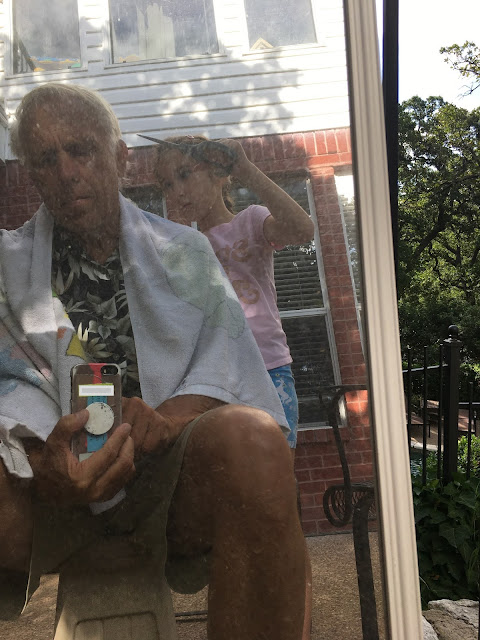 Another Incredible Day For Investors -- Overshadowed By Hurricane Laura -- August 27, 2020

This was an incredible day for economic / financial / investing news but was overshadowed by Hurricane Laura (more on that later, perhaps).

Again, look at these headlines that came out overnight but were overshadowed by Hurricane Laura:

And early this morning: Jay Powell says the Fed will focus on unemployment, not inflation. That was huge, and accounts for the surge in the three major indices:

Link here to EIA: this is quite incredible. Not unanticipated. Coal is out. Nuclear is dying.

Consequently, on the same day, natural gas-fired generation in the Lower 48 states also reached an all-time high of 316 gigawatts in the late afternoon, according to the U.S. Energy Information Administration’s Hourly Electric Grid Monitor.

Natural gas priced at the benchmark Henry Hub in Louisiana averaged $1.73 per million British thermal units (MMBtu) for natural gas delivered on July 27, according to Natural Gas Intelligence. From June 1 to July 30, Henry Hub prices averaged $1.64/MMBtu, 30% lower than the prices during the same period in 2019. Adjusted for inflation, this average price is the lowest average price for this period since at least 1993, the earliest data in Natural Gas Intelligence’s daily price series. 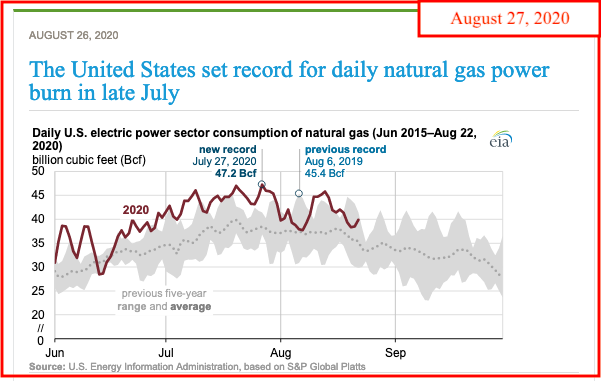 Going swimming. Good luck to all. I should be back mid-morning.

Hurricane: I'm sure the optics will be horrendous once the crews get into survey southeast Texas, southwest Louisiana where Hurricane Laura hit landfall overnight, but so far the Weather Channel videos are nowhere nearly as bad as I expected. I only tune in periodically so I may be missing a lot but generally really horrific videos are looped over and over. I'm not seeing that. Right now, they are talking about tornado watches; flash flood warnings, power outages, and trees down. Again, mixed messages.

Just as U.S. LNG exports were beginning to recover from months of market-driven cargo cancellations, major Hurricane Laura has cut the rebound short. With Laura taking aim at the Texas-Louisiana border — the location of two large-scale LNG export terminals, including the U.S.’s largest export facility, Cheniere Energy’s Sabine Pass Liquefaction terminal — total feedgas flows to U.S. terminals the past two days dived to fresh lows for 2020 and the lowest since February 2019. Gas production is also way down, with offshore Gulf of Mexico production shut-ins compounding the effects of already depressed drilling and completion activity this year. But production has the potential to rebound more quickly than LNG exports, which could exacerbate the onshore demand effects of the storm; It already will bring cooler weather and drench gas demand for power generation as it moves inland over the Southeast and into the Mid-Atlantic states. Today, we look at how LNG exports are being affected by the storm and what that could mean for the overall gas market balance in the coming days.

Posted by Bruce Oksol at 7:50 AM No comments: