Strange Production Profiles In Two Huge Wells On The Edge Of The Bakken -- January 1, 2015

February 2, 2015: a reader writes me regarding the production profiles of the two wells below. He notes the high volume of water. Some would consider these "water wells" that also happen to produce some oil. The writer suggests that at current prices, these wells won't have much of a future; very costly to dispose of that water.

Look at the original post regarding these two wells.

I was curious to see how they were doing. The production profiles of both wells are very interesting; it's hard to believe that this is purely coincidental (both wells decreasing exactly at the same time) or that it's a natural decline (Bakken wells decline quickly but not this fast, and in both cases, the wells were actually taken off-line for a number of days immediately after two big months of production -- in bold red). The Anderson well was taken completely offline in December. No, it certainly looks like there is another reason for the share decline in production.

February 2, 2015: this is pretty cool. I wrote the "original post" below on the evening of February 1, 2015, just after the end of the Super Bowl, and then this morning a readers sent me a very insightful article from the WSJ on the same subject.


Hurricanes are likewise used as an example of the “ever worse” trope. If we look at the U.S., where we have the best statistics, damage costs from hurricanes are increasing—but only because there are more people, with more-expensive property, living near coastlines. If we adjust for population and wealth, hurricane damage during the period 1900-2013 decreased slightly.

At the U.N. climate conference in Lima, Peru, in December, attendees were told that their countries should cut carbon emissions to avoid future damage from storms like typhoon Hagupit, which hit the Philippines during the conference, killing at least 21 people and forcing more than a million into shelters. Yet the trend for landfalling typhoons around the Philippines has actually declined since 1950, according to a study published in 2012 by the American Meteorological Society’s Journal of Climate. Again, we’re told that things are worse than ever, but the facts don’t support this.

Everything I've ever read about global warming says that increased precipitation is to be expected with global warming. Some sites that confirm that:
And yet here we are, San Francisco gets no rain in January for first time in 165 years.

All global warming sites, including the five linked above, also talk about more severe and more frequent hurricanes. In fact, since Katrina (2005), there have been almost no hurricanes to hit landfall in the US. This has been one of the quietest periods in hurricane activity since the data has been tracked.
Posted by Bruce Oksol at 10:05 PM No comments:

Southwest North Dakota To Begin A New Round Of Building -- Another Mini-Boom -- February 1, 2015

The Dickinson Press is reporting: another mini-boom in construction in southwest North Dakota.


In 2015, city officials expect to start on a $5 million effort to fix the city’s water supply. Opdahl said many of the water lines in the city were installed in the 1940s and are having trouble because of mineral buildup in the pipes.

To help pay for the project, city officials have secured a $2.7 million loan and a $2.3 million grant from the U.S. Department of Agriculture.


In 2015, the city of Bowman is expected to witness the groundbreaking of a new hospital, the opening of several new businesses, and the completion of the new $14 million Bowman Municipal Airport.

Plans for a new hospital, expected to be completed in 2016, and the establishment of Shopko — a retail store going into the former Alco location — will benefit residents and the city.

But those numbers don’t even include the $9 million expected to be invested into a new wellness center and outdoor recreation area, complete with an indoor pool, baseball fields, a skate park, a walking path, and tennis and basketball courts.

The size and scope of these public construction projects in Killdeer would be enough to show how the city continues to grow, but those projects are dwarfed by the size and number of private projects planned for the coming year.

In total, there are 213 apartments; two hotels and restaurants, 70 townhomes and 45 duplexes that have approval from the Killdeer Zoning Board. 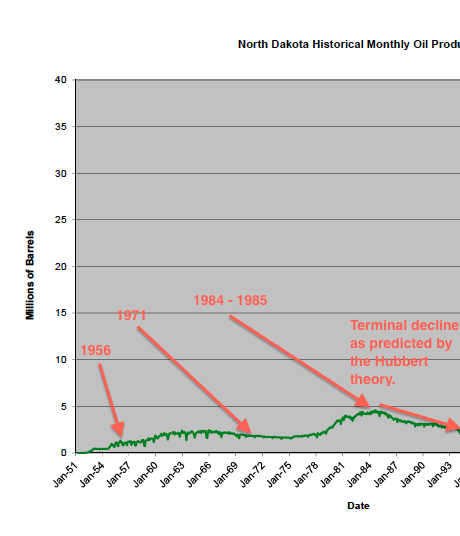 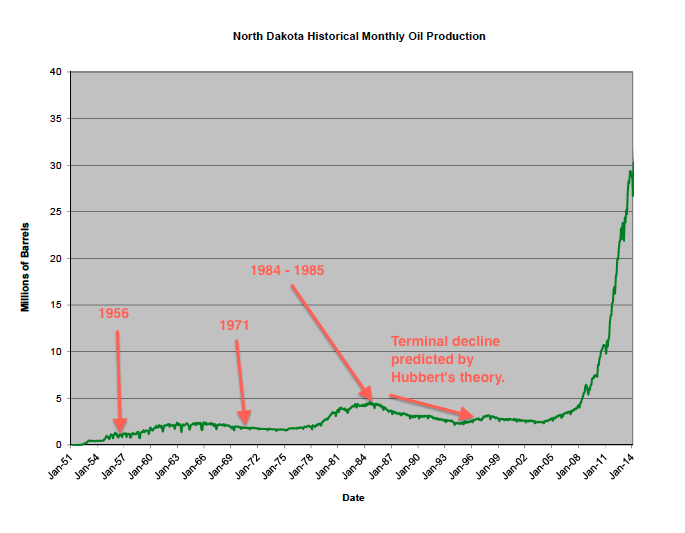 My hunch is that Honda will respond by putting the controls on the steering wheel, just like they have done with radio controls. Nothing like competition to make things better.
Posted by Bruce Oksol at 11:53 AM No comments:

Wells coming off the confidential list over the weekend, Monday. Note EOG storing oil in the ground (#27291, #27437, #27438 below). I track wells with interesting production profiles noted during the slump in oil prices here.