Motorcycles On Main Street, Grapevine, TX -- Nothing About The Bakken -- October 2, 2016

Sometimes I don't blog as much as I normally would because I am overwhelmed by all the negativity in the mainstream media.

Right now, I am unable to blog because of all the good news coming out of the mainstream media.

Nothing has changed, just my perception after visiting the Bakken this past week.

I think things are in a lot better shape than the mainstream media would have us believe.

This weekend, her dad took the oldest granddaughter to Houston where she was playing in a regional water polo tournament.

Meanwhile, her mother took the middle-aged granddaughter to all her soccer games and Olympic Development Program sessions.

And that left me with two full days of being with Sophia. She and I are joined at the hip. She can read my mind; I can read hers. I can anticipate when she needs something, and what she needs.

Tonight, Sophia and I spent the evening downtown. We had dinner in a 5-star French pastry restaurant on Main Street, Grapevine, TX, and then explored Main Street after dinner.

The motorcyclists were out; Sophia is fascinated by motorcycles, as am I. A short video of our time on Main Street, Grapevine, TX, tonight. 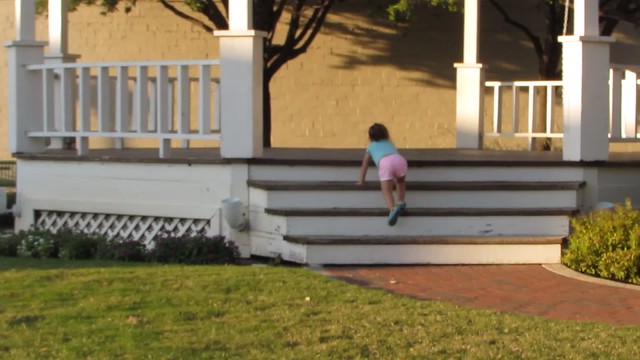 Sophia was quite thrilled to be carrying the dessert -- chocolate mousse cake -- home in her little "doggie bag." Sophia picked out the dessert herself. The slice of cake they gave us could have served a family of four, so we had a fair amount to take home: 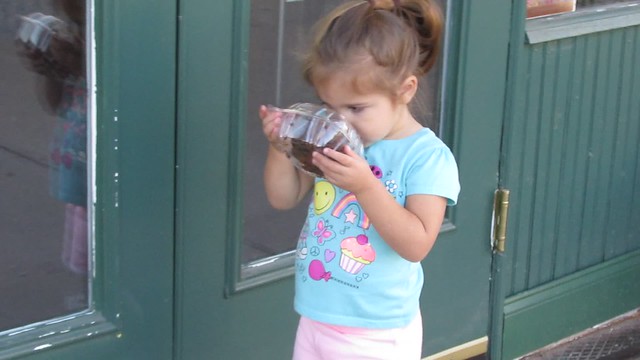 Link here. The details hardly matter. Anyone paying attention knows the problem. The newsworthy "thing" is that the NY Times has finally dared print what most of us have know for six years.

Meanwhile, over in Minnesota, the ObamaCare news gets worse every day. Link here.


Minnesota's top health insurance regulator says the state's individual market is in "an emergency situation" amid big rate increases for next year.

Department of Commerce Commissioner Mike Rothman said Friday that the five companies offering plans through the state's exchange or directly to consumers were prepared to leave the market for 2017.

He said big rate increases were the tradeoff to convince all but one company to remain for now.

From WSJ, based on Tesla press release:
GM plans to bring out a fully electric Chevrolet Bolt later this year.

I believe the range for the Model 3 Tesla and the Chevrolet Bolt will range between 200 and 300 miles on a single charge.

I recently returned from a trip back to the Bakken. In my 2012 Honda Civic, bought from Ryan Motors, Williston, ND, back in December, 2011. I had no range anxiety. This photo was taken after I had already driven about 15 miles down the road and then noted the anticipated range based on a nearly full tank of gasoline, 87 octane with no ethanol, and driving conditions -- about 60 mph: 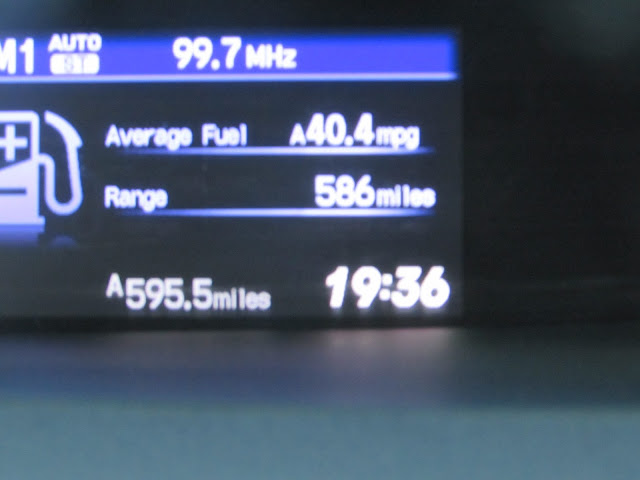 The range shown above is 586 miles after I had already driven about 15 miles; the "high" was actually 588 miles but I was too slow in getting the camera out. I forget now, but I believe this was taken just east of Sidney, Nebraska, where I had stopped to fill up. 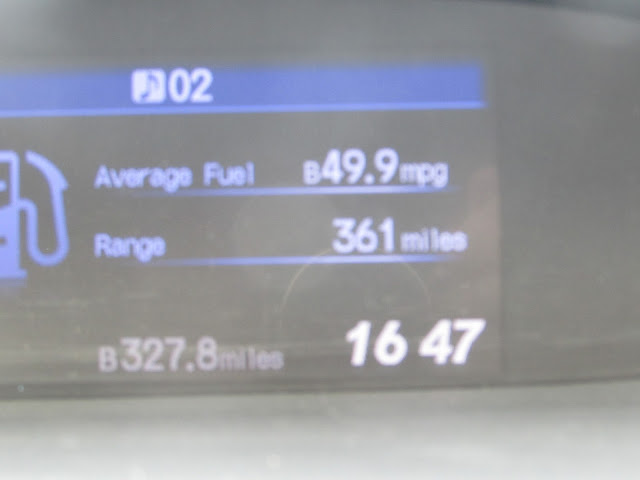 This was the highest "average" mileage per gallon of gasoline. Overall, on the 1,400-mile round trip from north Texas to northwest North Dakota, average mileage was never less than 40 mpg.
Posted by Bruce Oksol at 4:16 PM No comments:

Note: deposits do not equal asset value. Through September:
September, 2016, from The Dickinson Press:
Through September 2016, total deposits were $3,640,877,477. Another $31.9 million was deposited in September; slightly above this year's average but below August's deposit of $35.3 million, and a far cry from record high deposit of $117 million in August, 2014 (just before the Saudi surge and Saudi's trillion-dollar mistake) 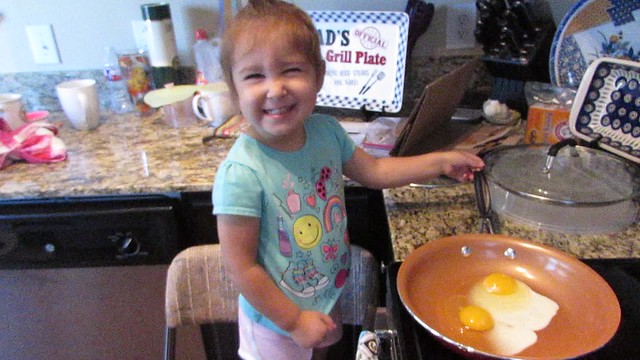 Sophia's great-grandfather, Carl, is 95-years-old. He is in great health, great physical health, ambulates on his own, and his investment acumen is as good as ever. A couple of years ago he stumbled on the idea of giving a copper pan "as advertised on TV" to family members and friends. But to get one, one must visit him in person.

Our younger granddaughter Laura and I visited him last week. Laura and her husband Tim already had their frying pans, from an earlier visit, but this time, I got one. It took three visits before Dad agreed to give me one. I'm not sure why, but it is what it is.

Today, we (Sophia and I) tried out the pan. As good as advertised.

This was the note that accompanied the movie when I posted it on Facebook:


Great-grandpa Carl might give you a copper pan, but you have to visit him in person. Depending on his inventory, he may or may not have a pan for you. I was one of the lucky ones to get a pan when I visited him in North Dakota last week. Sophia and I had eggs over easy this Sunday morning.

The only thing we learned (again) from The New York Times this week: the rich don't pay taxes.

And, more recently, The New York Times paid no taxes in 2014:


As Forbes noted at the time:

In other words, their post-tax profit was higher than their pre-tax profit. The explanation in their 2014 annual report is,

“The effective tax rate for 2014 was favorably affected by approximately $21.1 million for the reversal of reserves for uncertain tax positions due to the lapse of applicable statutes of limitations.”

If you don’t think it took fancy accountants and tax lawyers to make that happen, read the statement again. 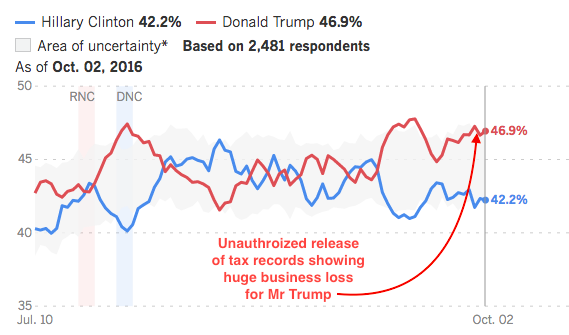