A balmy autumn Saturday afternoon when electricity should be "dirt-cheap," New Englanders are seeing sky-high prices (relative to what they should be), link here.

Note the need to "import" expensive Canadian hydroelectricity. And EVs -- not even a 1% penetration yet. This will be fascinating to watch over the next couple of decades. 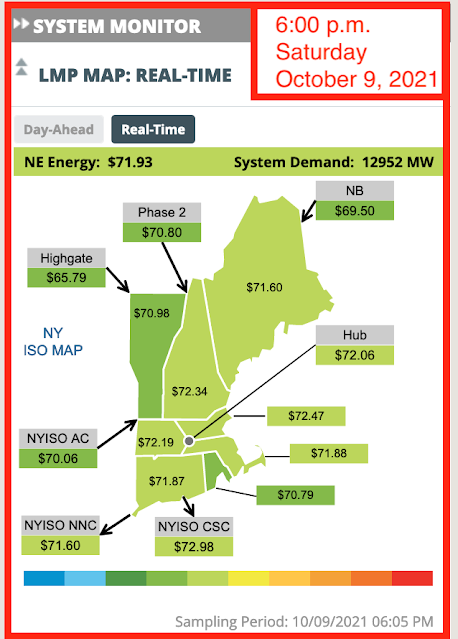 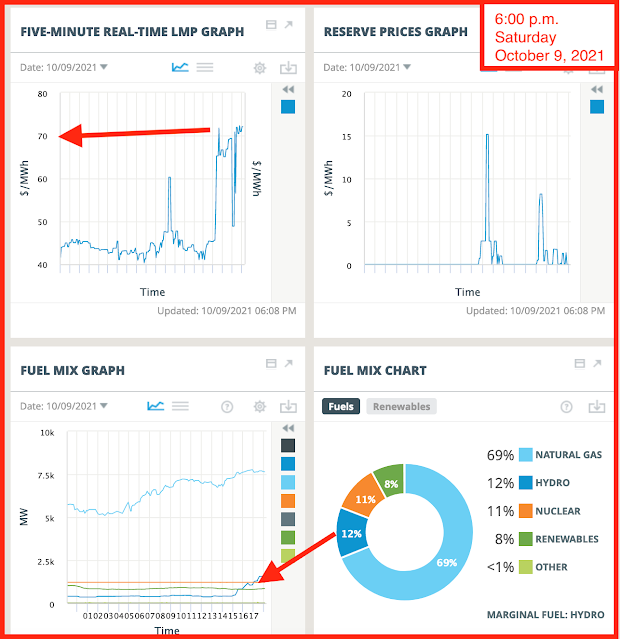 The analysts were so far off this suggests the analysts are not looking at hard data but simply reading headlines and talking memes.

This is the one metric that foreshadowed the JOLTS report / jobs report for September, 2021, gasoline demand over the past six weeks: 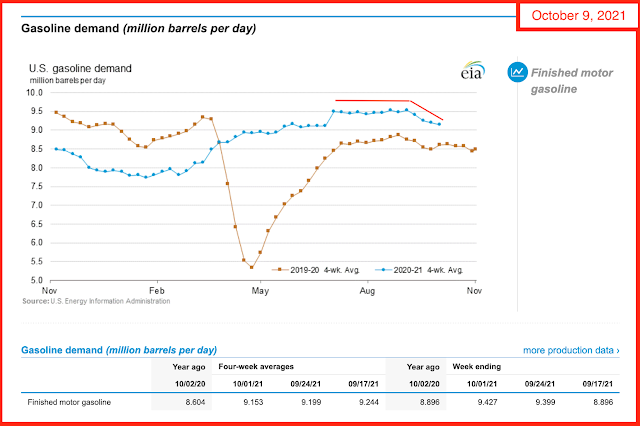 NFL: ratings up 17%; numbers are only going to snowball -- link here.

Parry Lodge is a historic motel-restaurant complex in Kanab, Utah.

The main building was built in 1892 for Justin Merrill Johnson, the son of Mormon settlers, who lived here with his wife Emma and their five daughters.

Johnson built a barn, and a bungalow was built by Gideon Wilson Findlay, who was married to Mandana Farnsworth, a niece of the Johnsons, and lived here with their six daughters.

In 1928, the main house was purchased by three brothers from Salt Lake City, Chauncey, Gronway, and Whit Parry, and more other buildings were erected on the property 1930-1931 as it was turned into a motel-restaurant complex.

The buildings were designed in the American Craftsman and Victorian Eclectic styles.

The complex has been listed on the National Register of Historic Places since August 14, 2003. 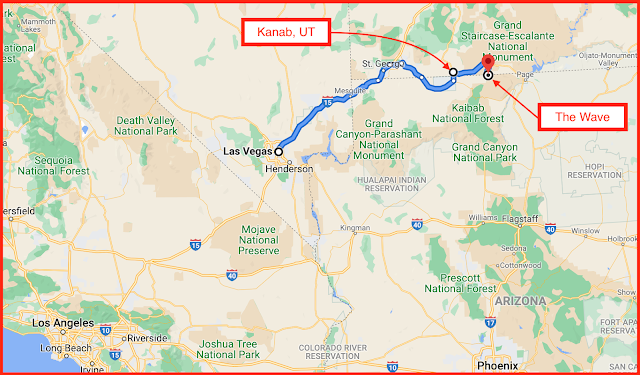 To get to the wave:

Roth vs traditional IRAs: see if you can find the fallacy in the argument presented by this writer -- "why I won't do a Roth IRA conversion -- even  if this is the last chance." Brett Arends is very, very knowledgeable and has been around for quite some time. How he missed this fallacy is beyond me. His argument:

This article really, really "haunts" me -- the writer is so off the mark. Roth vs traditional IRA? This is a no-brainer.

If I only knew then what I know now.

The writer assumes lower middle class and middle class are big investors. No. Living month-to-month. The "investor class" will be much better off with Roth IRAs.

Later, November 20, 2021: another really poor article trying to explain the disadvantages of a Roth IRA. This is not a disadvantage in the strict sense of the word "disadvantage," and for 99.99% of Americans it's not even applicable: the "disadvantage"? A married couple earning more than $207,000 / year cannot contribute to a Roth IRA. After that, the article is boring, tedious, irrelevant. For serious investors who want to leave a legacy for their heirs, the Roth IRA is a much better vehicle than the traditional IRA. Period. Dot.

Quick! Before we get started, if you want to see Dr Fauci's worst nightmare: the Alabama - Texas A&M football game; stadium jam packed; no masks; and, arms around their each other in the stands: 7:13 p.m., Saturday night, October 9, 2021, in Aggieland.

We've been seen stadiums filled with fans for the past four weeks, and during that same period of time Covid cases in the US are plummeting.

Covid-19: I said the other day that vaccinations would now snowball --

And vaccinations are "snowballing": 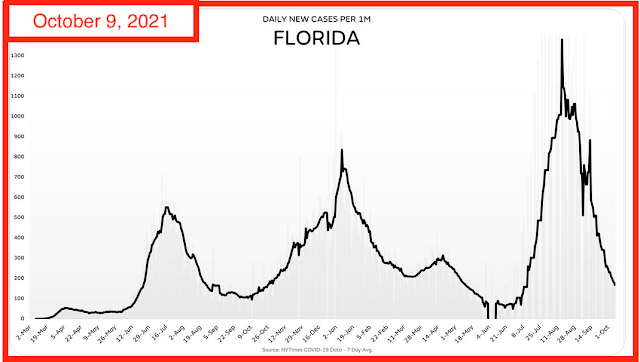 Total cases / population (pretty obvious how this can be explained):

Total deaths / population (pretty obvious how this can be explained):

It is clear, without a bit of doubt, in the United States, with regard to the economy, politics, and Covid-19, a lot of folks were hoisted with their own petard.

Mixing metaphors, it will be impossible to get that genie back in the bottle. That train has left the station. The horse is out of the barn.

But if we want to get back to the original, it is impossible to stick the pin back in the grenade.

I did not realize this: the jobs number for September, 2021, the one reported yesterday, 194,000, that was the smallest monthly gain of the year. Think about that. We should be well past the fear of Covid-19 (and we aren't as a nation) and "everything and every state opened up in September." Back to school and back to work. Link here.

This explains why Steve Liesman, when he saw the numbers, he let out an audible gasp. Most of us just saw the number come in below expectations (yawn) but Steve saw two things, the second being more important than the first:

It did not make sense. Airlines were back; health sector was back; transportation was back; schools had re-opened; students returned to college; football and baseball stadiums were packed with non-masked fans.

You wanna see the stunned live reaction to "real low" jobs report, here  it is: over at Media-ite. His reaction was akin to an 8th-grader watching 9-11 replays.

Immediately all was blamed on Delta.

Not the airline, but the virus.

I think they are wrong. The explanation goes back to Deming, and it goes back to ESG before ESG was a thing. [Note: for simplicity sake: I have a broad definition of ESG.]

More on that later but I'm going kayaking with Sophia.

Oh, by the way, the first analyst's response to why the number was so low: bus drivers did not come back to work.