I was reminded of that because it was just announced that Amazon would be building yet another major distribution center near DFW airport -- this must be their eighth(?) major distribution / fulfillment center in this area. They will be hiring 1,000 people for this center.

Onepointfive weeks: an apartment. We live in an upscale two-bedroom apartment: $1800/month in a high-cost location.

It is not much but it's enough to get started.

On top of that, those 1,000 folks that won't get $15/hour in Bolingbrook, IL -- what is the living wage they will get from the government for being unemployed. My hunch: not $15/hour.

Is $20/hour a living wage? At some point, the mayor needs to tell us what a living wage in Bolingbrook is. Let's say it's $20/hour, an extra $5/hour for each new Amazon hire.

It is estimated that Mayor Mike Bloomberg is willing to spend $2 billion on his campaign.

Bloomberg has said he plans to donate the majority of his net worth. His net worth is $65 billion. In my part of the world, "majority" means at least 50.1%


Eerie point in this story that the EXTRA Bakken ethane that needs to be pulled out of the gas (not all of it, just the extra) would be enough to fill a cracker.


From the file report:


Even with the Democrat primary in high gear, the U.S.S. CNN’s ratings are still beyond pathetic. The far-left CNN, a hate network that spreads conspiracy theories and promotes violence against President Trump and his supporters, could not even average a million viewers during the same week New Hampshire came out to vote.

Worse still, CNN’s chief nemesis, Fox News, annihilated the fake news network in the ratings by averaging more than three times — three times! — as many primetime viewers as CNNLOL. Here’s the primetime breakdown of average viewers during the week of February 10:
Or:
Or:
It gets worse. Total day viewership average for the same week:
Or:

Actually, the numbers are even worse.

A lot of us tune into MSNBC and CNN to watch:
CNN in airports? McDonalds?


Most boring talking show ever: "Morning Joe" on MSNBC. Same guests; same contributors; nothing has changed. To may astonishment, former CIA director John Brennan was guest on MSNBC. He is the poster child why Trump and his supporters don't trust the "professional" intel community.

At one time a lot of folks were "embarrassed" to call themselves Republicans. Not any more. Now its the center-left (?), sane, rational, salt-of-the-earth folks who register as Democrats cannot believe that their front-runner is a socialist-communist.

It's my understanding that midwestern farmers generally, as a bloc, self-identify as Democrats and vote blue. But not one farmer/rancher would consider herself/himself a socialist-communist. Well, there might be one or two. But not the entire herd.

I'm not so sure about public school teachers. Certainly at the university level many of the professors would identify as socialist-communists.

I didn't watch the Nevada debates, but I've viewed a lot of video clips, have read a lot of news reports, and listened to a lot of talk radio (I have not watched network evening news).

My thoughts on the debate and the status of the Democrat campaign.

What do Mitt Romney and Mike Bloomberg both have in common? Two men without a party.

Steyer's only platform plank: remove Trump from office. We've seen how that has worked out.

Bloomberg as an independent:
Bloomberg will NOT contribute anything to Bernie Sanders.

We now know how to get under Bernie's skin:
The debate:
Vermont lake houses: 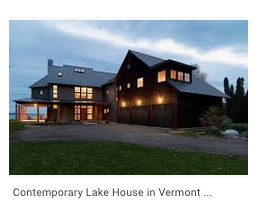 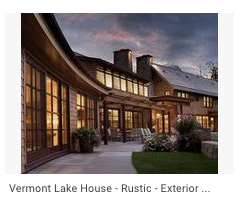 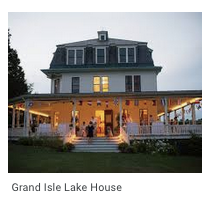 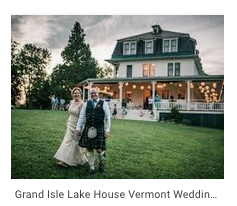 Only Two Wells Coming Off The Confidential List Today -- February 21, 2020


There is no such thing as a typical NGL barrel. For example, the composition of y-grade production out of the Marcellus is significantly different from y-grade out of most of the Permian. And it is not just gas processing engineers who care. The make-up of an NGL barrel is inextricably linked to the value of that barrel. The reason is pretty simple: there’s a big difference in the value of each of the five NGL products. These days, natural gasoline is worth nearly eight times as much per gallon as ethane. Normal butane is worth 1.6X as much as propane. Consequently, the more natural gasoline and normal butane in your barrel versus the amounts of ethane and propane, the more the barrel is worth. So it’s important to anyone trying to follow the value added by gas processing and related infrastructure to understand where these numbers come from and how much the composition of a barrel can vary from basin to basin, or for that matter, from well to well. In Part 2 of our series on gas processing, we turn our attention to the variability in the mix of NGL production and its implication for processing uplift.

Earlier we laid out a framework for the basic understanding of natural gas processing value creation, using the frac spread as the metric. Frac spread — the differential between the price of natural gas and the weighted average price of a typical barrel of NGLs on a dollars-per-Btu basis — is a rough-cut indication of the value added at gas processing plants by extracting NGLs out of the raw natural gas stream from the wellhead. We went through a frac spread history lesson to explain what the measure can tell us about cycles in the natural gas and NGL markets, and then we worked through an example using RBN’s basic frac spread Excel model. After touting all the exceptional insights that can be gleaned from looking at the frac spread over time, we then looked at the limitations of the frac spread model, including differences between the mix of NGL purity product components in the NGL barrel from one production area to another, and from one set of market conditions to another. Today, we’ll delve into the details of those issues, and along the way, we’ll point out some data quirks imbedded in the assessment of NGL production volumes.

Posted by Bruce Oksol at 6:27 AM No comments:

Fracking ban talks: something is going on here. I'm beginning to think we're rounding up the "usual suspects" and not considering the real culprits.

Solar: recent article on Tonopah. Now we have this on Ivanpah. The world's largest concentrated solar plant generates as many problems as megawatts. -- Atlas Obscura.

Power Line:
Fact check: earlier I mentioned that I don't recall Mike Bloomberg suffering a heart attack as Bernie Sanders claimed. I was correct. Bernie, after the debates, sent out a correction: Bloomberg had had stents placed as a precautionary measure; no history of heart attack.

Goldman Sachs, Alan Greenspan, WHO press conference mentioning pandemic -- all coincidentally spoke around 10:00 a.m. yesterday. All "Debbie Downers." Dow dropped almost 400 points By end of day had recovered remarkably. Down only 160 points. This morning, futures suggest Dow to open another 100 points down.

The most important campaign document of 2020.
Posted by Bruce Oksol at 6:07 AM No comments: