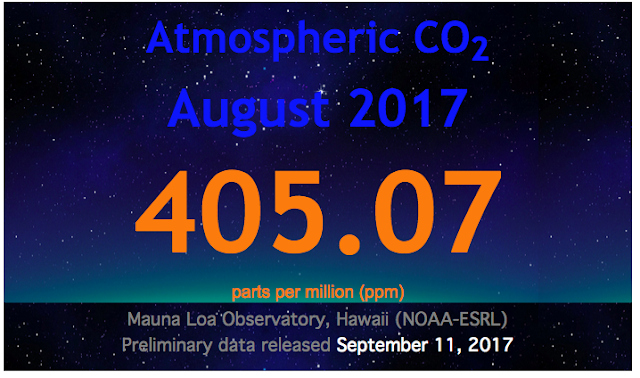 Pretty cool:
For newbies, atmospheric CO2 is affected by the season.

See how increased atmospheric CO2 has affected the extent of Arctic Sea mass at this post.  For mature audiences only.

Extent of Arctic sea ice has increased by 40%. Only for those who can think on their own. 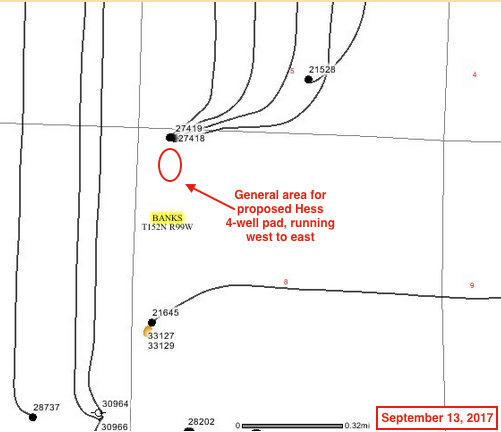 Fracking Gets Another Win -- This Time In Wisconsin -- One Of The Three Key States Lost By Hillary -- September 13, 2017

Link here to the LaCrosse Tribune:


Last-minute changes to the state budget would strip local governments in Wisconsin of the right to regulate quarries, and some fear the proposals could be expanded to take away town and county control over the frac sand mines that dot the western part of the state.

The Legislature’s budget-writing committee last week approved a package of changes to the spending plan. In addition to stipulations on transportation funding and policy issues, the 18-page memo includes five pages of language devoted to the regulation of quarries that supply sand and gravel for construction.

Among other things, it prohibits counties and municipalities from regulating blasting, hours of operation, and noise, air and water quality. It would also limit the reach of local zoning laws.

I think the three major indices may have hit new highs.

Huge day for the market.

Despite the huge crude oil inventory, WTI spikes. Chevron was actually one of the leaders.

Apparently the healthcare industry did well.

I was all out all day; catching up now.

Pretty exciting for investors. The dollar was stronger and the 10-year Treasury was up, but the market still went up, and WTI went up despite the headwinds.

By the way, the IEA sees strongest global oil-demand growth in two years.


Global oil demand will climb this year by the most since 2015, the International Energy Agency said, amid stronger-than-expected consumption in Europe and the U.S.

The IEA, which advises most major economies on energy policy, increased its estimate for demand growth in 2017 by 100,000 barrels a day to 1.6 million a day, or 1.7 percent. The re-balancing of oversupplied world markets is continuing, it said, with OPEC supplies falling for the first time in five months and inventories of refined fuels in developed nations subsiding toward average levels.

But this is the big news: on tax cuts, it looks like Trump is working with the Dems -- if my reading of the tea leaves is correct, this will end up a) being a huge disappointment for the anti-Trump folks; b) a huge loss for the GOP in Washington, DC; c) a huge win for investors; and, d) a huge win for the middle class.

Can you spell "triangulation"?

If the GOP keeps saying they won't do "tax reform" if tax cuts aren't "paid for", then Trump is going to say, "Fine. we'll pay for the tax cuts by increasing taxes on the rich -- which includes the Hollywood crowd and Warren Buffett -- both of which (whom) have said they pay too little in taxes.

I don't think Trump wants to finish out 2017 with two huge losses: ObamaCare and tax reform.

"They" say they will have "all" of Florida back on electricity by September 22, 2017.  During the height of the hype, "they" said it would take months to get electricity restored to Florida. Speaks volumes for private enterprise, American "can-do" attitude.
Posted by Bruce Oksol at 3:21 PM No comments:


The graphic for "gasoline demand" will be posted tomorrow by EIA.

Also, from this week's weekly petroleum report (linked above):

Slam! US crude oil inventories surge by 5.9 million bbls, way more than expected. More on this later. I'll be out and about all day.

OPEC in deep doo-doo. Saudi Arabia pushes OPEC on new tack to curb oil supplies. While the cartel has cut crude production, exports have barely budged, a factor behind the prolonged price slump.

EV revolution? Not so fast! Electric cars won't save European auto makers as diesel sales drop. Manufacturers are focused instead on making more gasoline-powered vehicles to offset the shortfall.

Pepper spray. UC-Berkeley to allow limited use of pepper spray at violent protests.

I've corrected a minor typo in a CNN headline today: