So much for all that global warming talk.

Hurricane Jose will be a tropical storm by Friday(tomorrow), hardly ever doing much as a hurricane.

Also, it appears all that talk about warmer Atlantic oceans fueling Hurricane Harvey and Hurricane Irma: apparently just that -- talk. In fact, meteorologists with no agenda suggest that the ocean waters "were not much warmer" than usual, and the strength and cone of the hurricanes had more to do with wind patterns than with "warming" regardless of source of any warming. 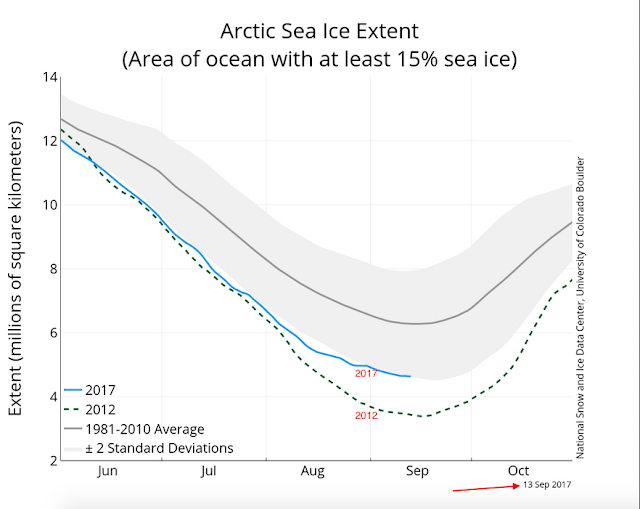 Something to talk about.


Something To Talk About, Bonnie Raitt
Posted by Bruce Oksol at 9:35 AM