And then there seven: link here.

Three producing wells (DUCs) were reported as completed, see current completion strategies at this post. In the wells below, Slawson used a very large amount of water where WPX and EOG used much smaller amounts; 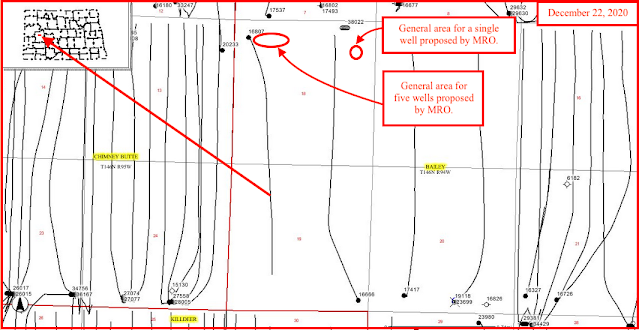 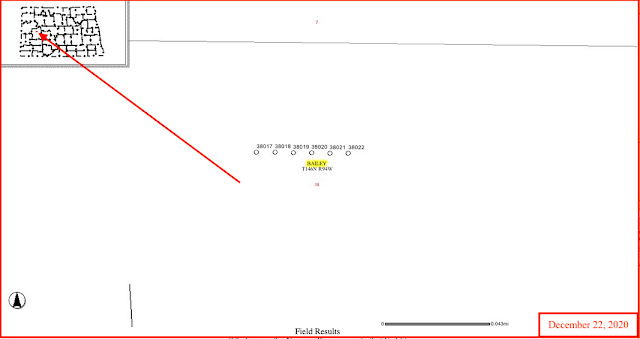 A Newfield Syverson Well With Nice Jump In Production -- December 22, 2020

This made my day. Just as I predicted earlier this month.

I've learned that there are now electric Class 8 trucks at the Los Angeles port. Whoo-hoo!

If you get the chance, wander down to the Port of Los Angeles and the Port of Long Beach -- they share the same San Pedro Harbor. Notice all the truck traffic.

The Teamsters must be doing very, very well with these records being set.

But this is what gets me really, really excited.

It's only a matter of time before the County of Los Angeles mandates EV-only trucks to service the San Pedro Harbor ports. The mandate will come when EV truck manufacturers tell Janice Hahn they can meet demand. And assuming the Teamsters agree. Career politician and politically connected. Really, really politically connected.

My hunch: there's at least three truck manufacturers that are preparing for this mandate. We should see the mandate sooner than later. And the specs for the trucks don't have to be that onerous. The trucks will only be local -- Los Angeles County, serving customers inside the county, and transferring containers to BN (Warren Buffett/Berkshire Hathaway) and UNP on cargo headed outside the county.

There is probably no more celebrated dress than the black satin sleeveless sheath that Audry Hepburn wears in the opening scene of the 1961 film Breakfast at Tiffany's. It is the most famous Little Black Dress of all time, even though it is  full length. It is also the most expensive. In 2006, one of the three versions that Givenchy designed for the movie sold at a Christie's auction in London for Ł467,200.

At the beginning of the film, Hepburn, as Holly Golightly, wears the evening dress as she exist from a New York City tax on an empty Fifth Avenue in front of Tiffany's. It is about 5:00 a.m. (and she has not risen early).

Her hair is in a high bun with a small tiara in front; she wears a rope of pearls, long black gloves, and big sunglasses. She stares up at the engrave name Tiffany and Co. above the closed doors and walks to the store window. She stands there, looking at the jewels, as she eats a pastry and drinks her morning coffee from a paper cup.

That's her breakfast at Tiffany's. I don't have to watch any more of the movie. That's all I need to see.

And like my epiphany with Catcher in the Rye, I finally "get" Breakfast at Tiffany's.

Holly Golightly was born Lulamae Barnes, in Tulip, Texas, a real town on Farm Road 2554, about fifty miles northwest of Paris, TX, and, about an hour-and-a-half northeast of Grapevine, TX. Memo to self: road trip.

She had married when she was fourteen years old, but at the age of fifteen ran away from her first husband and from rural Texas to try to live her dreams in New York City. Wow.

Coco Chanel knew a good thing when she saw it. By 1936, the LBD was already a fashion staple, having been popularized in the 1920s in large part by Coco Chanel's iconic "Ford" design, Vogue, October, 1926.

With the Little Black dress, the color of funerals became the color of fashion, though fashion now made democratic -- functional, accessible, and black -- available both to the Duchess of Windsor and to Lulamae Barnes. "Ford" had become a fashion term, not just a automotive one.


As matters of fact, the Chanel dress was no more the first LBD than the Model T was available to any customer in "any color that he wants, so long as it is black."

In 1908, when the Model T was first produced, the car was available in red, blue, gray, and green -- but not black. In 1912, it was available only in blue with black fenders. Not until 1914 did black become its sole available color, and it stayed that way until 1926, when, ironically, Ford introduced color choices in the very year Chanel identified her black dress with Ford's once exclusively black cars.

And that's just the beginning of a wonderful history of the LBD and the color black.

Email ThisBlogThis!Share to TwitterShare to FacebookShare to Pinterest
Labels: EVs_Trucks 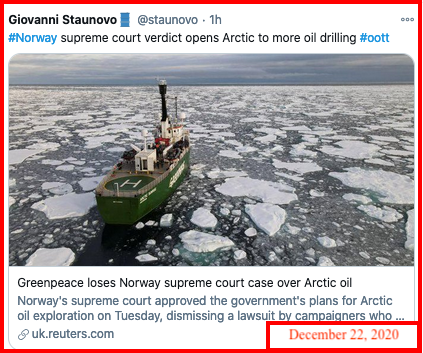 COP: announces significant oil discovery in the Norwegian Sea. This marks the fourth successful well on the Norwegian Continental Shelf in the last sixteen months. Link at SeekingAlpha.

Apple: re-posting. I've mentioned this before. I'm not sure if I linked this story or another story, but it's worth posting again. AWS now offers Mac Mini in the cloud.

Shoot-Out at the Okay Corral: Tesla - Apple feud will be settled on the factory floor. Tesla will build its own factories. Apple will outsource. Link here.

Holy mackerel: 3Q20 GDP grew at an annualized pace of 33.4 percent pace. Stronger than previously thought: three-tenths of a percentage point higher than the previous estimate for the third quarter. 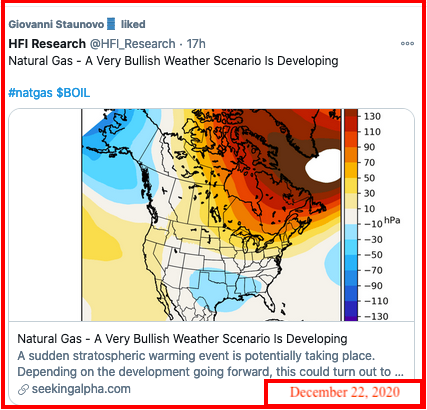 TOT: increases dividend 24%; also, link here. [Later: same site shows dividend was decreased; not sure what this is all about]. But if report of  increase is accurate, then:

RBN Energy: RBN School of Energy's forecasts and Excel models to prepare for 2021.

No one could’ve seen the energy market disruptions of 2020 coming, and most of us are ready to write off what has been one of the most challenging years the industry has seen in a long time. Yet the events of the past year will most certainly define what unfolds in the New Year and beyond. To make sense of what 2020 will mean for the post-COVID era, we retooled and refreshed our models and forecasts to tackle the hard questions facing U.S. crude oil, natural gas, and NGL markets.

As it turns out, beyond the immediate chaos of the pandemic, there is a new order taking shape, and that’s what we laid out in the RBN Fall Virtual School of Energy, sharing our results and the Excel spreadsheets behind the models to get you ready for what’s coming. Some of what we expected has come to fruition, and we still think that there is a pretty good chance that the rest will unfold in the months and years ahead. If you weren’t able to join us for the live broadcast, we invite you to sit by the fire, put your feet up and dig in over the holidays. The entire 14+ hours of streaming content, plus slide decks and spreadsheets, are available online. Today’s advertorial blog provides highlights from our key findings and the overall conference curriculum.