Islamic State militants attacked the outskirts of Iraq's northern oil refinery town of Baiji overnight with car bombs and clashed with the army and Shi'ite militias in the town's western districts, the local mayor and security sources said on Friday. The town of Baiji and its refinery - Iraq's largest - have been a battlefront for more than a year.

The hardline Islamists seized the town in June 2014 as they swept through much of northern Iraq towards the capital Baghdad. Control of Baiji neighbourhoods has changed hands many times during the conflict. Authorities said last month they had recaptured most of the town, but the radical jihadist group attacked central neighbourhoods days later, forcing pro-government forces to pull back.

At least three militia fighters were killed on Friday when Islamic State launched car bomb attacks against a makeshift headquarters in al-Rayash, about 18 km (5 miles) south of Baiji, a militia leader and a source in the Salahuddin Operations Command said.

I remember my mom talking about one of her favorite cousins when I was growing up. That particular cousin had married a car salesman and had moved to Kansas City. There was something about Kansas City that attracted my mother; I have no idea what it was. But it was an important city for her.

While reading Stephen Fried's Appetite for America I may have stumbled on to a bit of background that might explain some of the attraction.


By 1905, Kansas City, the former "City of Kansas," was starting to fulfill its dreams of being thenext Chicago -- the second city's second city....Kansas City was now one of the twenty-five largest cities in America. It had a population of over 165,000, and it was growing rapidly.

That was back in 1905. My mother wasn't born until until twenty years later, but I'm sure Kansas City continued to grow during that time -- in fact, it became the major transit city for soldiers during WWI -- more on that later -- and by the time she was a teenager, she probably heard her folks talk often of Kansas City.

But now it makes even more sense. When the US entered WWI, all US railroads were taken over -- "federalized" -- by the government, under an executive order by President Wilson.

The Kansas City Union Station became the primary crossroad for troops, who spent their layovers getting assistance from the famous Red Cross station in the main concourse, and enjoying discounted meals at the Harvey lunchroom across the way.

My grandfather -- your great grandfather Ekke ("Ike") was sent to France in WWI. He was sent "too late" to see any fighting, and I can't recall if he came down with the 1917 pandemic flu, but I believe he did (I will check on that later). Regardless, it is most likely he, too, transited through Kansas City and that's probably the nostalgic connection my mom -- your grandmother -- had with Kansas City.

With her memory loss she probably does not remember, and years ago when she would have remembered, she was too private a person to talk about anything in her past. So, we'll never know.
Posted by Bruce Oksol at 10:56 PM No comments:

Unfortunately, the price for Bakken oil has hit an all-time low since the boom began.

If one wants to, one can take one's mind off the plummeting price in oil by following the Katie Ledecky story.

Miscellaneous
CLR's STACK in Oklahoma
Posted by Bruce Oksol at 9:21 PM No comments:

August 15, 2015 (Saturday): isn't this interesting? Yesterday's NDIC daily activity report clearly stated there were no new permits issued.  However, a sharp-eyed, and no doubt, a very curious reader took a look and noted that, in fact, thirteen (13) new permits have been added to the list since Thursday, so either they were added Friday, or they were added early this morning (on a Saturday):

For more on these new permits, see this post.


Original Post
This is a first for North Dakota since the boom began in 2007. I'm sure it's happened before but I'm not going to look for an example.

There were no new permits for oil and gas wells issued today.

There were no producing wells completed.

Other than the previously announced wells that came off the confidential list, there was nothing additional except a couple of permit renewals, and a couple of well name changes.


Maybe this is why Al Gore is considering a presidential run, according to the climate change theorists the water levels of the great lakes are supposed to be going down, but they are going up much to the chagrin of the global warming freaks.

"Faster than ever before.” That’s how one headline from the Weather Channel described current changes in Great Lakes water levels (see video below). But the article itself acknowledged that Lakes Huron and Michigan, which come together in the Straits of Mackinac and so are considered one lake by hydrologists, actually rose faster 65 years ago. So why did the headline writer call the current rise “faster than ever before?"

Those who believe in the climate change hypothesis have been blaming below-average Great Lakes water levels on warming. "Although the period from 1999 to 2013 set fewer records than previous low-water spells, it was repeatedly portrayed by environmentalists and their media allies as clear evidence of climate change."

But in the second half of 2013 their claims started to get all wet as the water began to rise but as they usually do instead of recognizing the truth--that their claims were nonsense, the climate change freaks now said the increase was evidence of an “extreme weather phenomenon” caused (of course) by global warming.

The warmists can explain anything on global warming. 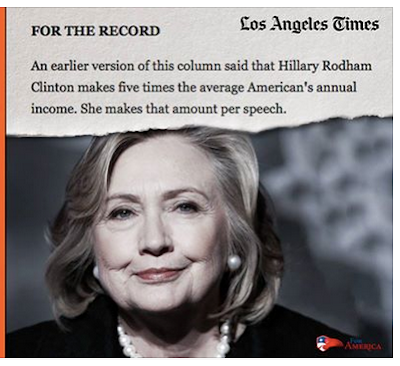 My hunch is that the Los Angeles Times did not catch this error. This was probably caught be a reader. According to wiki: The overall median income for all 155 million persons over the age of 15 who worked with earnings in 2005 was $28,567. This source suggests the mean (average) American income is slightly below $70,000. Times 5 = $350,000. Business Insider reports that Hillary Clinton, after leaving the State Departmetnt:


During that time, she made nearly $12 million by charging fees that topped $335,000 for dozens of speeches.

I know my father has not received royalties on wells within 2 drilling units along the river for the past several months. Apparently, some issue with the State regarding the high water mark. The royalties are from one of the top five. (The one based in Norway).


Anyone having trouble with royalty payment in the month of August 2015?  Everything was fine up until this month.  The company is in the top 5.

I'm sure folks who might want to make suggestions would be curious what you've done so far to contact the company.

Two quick comments (I don't have any mineral rights, so I don't have personal experience, but) based on comments I'm seen from other readers regarding royalties:

Putting the legs on: 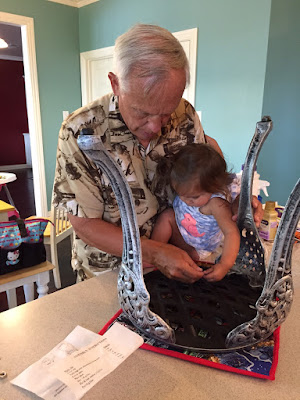 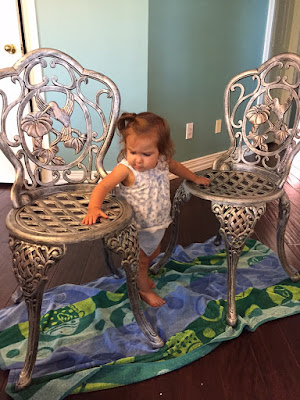 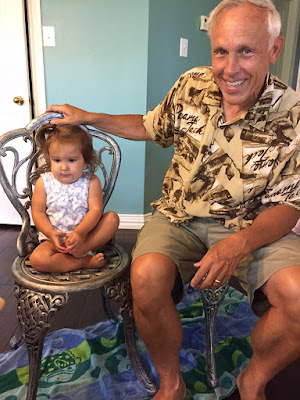 There is so much to do, so much to write about, but unfortunately I have to leave the net for awhile. Not sure when I will be on -- but it will be later today.

The Director's Cut data has been posted; done in haste. A lot of things posted this morning were done in haste, and there will be factual and typographical errors. If this stuff is important to you, go to the source.

If your source is Hillary's hard drive, you may be out of luck. There are reports that it was "professionally" wiped clean.

Do not make any financial or investment decisions based on what you read here or think you may have read here.

By the way, $500 million for Tesla was not enough. The Wall Street Journal is now reporting (no link; I'm sure you can find the story "everywhere":


Tesla boosted the size of its stock offering, unveiled just a day earlier, by more than $140 million.The electric-car maker said it now plans to sell about 2.69 million shares, up from the 2.1 million shares it said it would sell on Thursday. At the offering price of $242 a share, the sale would raise about $652 million.

Reuters is reporting that  U.S. approves landmark crude oil export swaps with Mexico. I've talked about this for quite some time. Swaps make a lot more sense than ending the ban on crude oil exports. This looks like the foot in the door for swaps on a regular basis. Swaps make much more sense if done for the "right" reasons and not simply to be politically correct or to line the pockets of speculators.

This may be one of the top stories of the month. I have yet to read the story; just the headline.
Posted by Bruce Oksol at 11:07 AM No comments:

Note: facts and opinions are interspersed in the note below. Do not make any investment or financial decisions based on what is posted below; there will be factual and typographical errors. If this information is important to you, go to the source.

The June data is posted at this link: https://www.dmr.nd.gov/oilgas/directorscut/directorscut-2015-07-10.pdf.


Operators are not committed to running fewer rigs than their planned 215 minimum as drill times and efficiencies continue to improve and oil prices continue to fall. This has resulted in a current active drilling rig count that remains 5 to 10 rigs below what was operators indicated would be their 2015 average if oil price remained below $65/bbl.

The number of well completions rose sharply from 116 (final) in May to 149 (preliminary) in June as a large number of NC status wells reached the 1-year deadline for completion or TA approval.


The exploration well is no longer on confidential status as of 12/23/14; the well has not been completed yet, but appears to contain 2 pay sections totaling about 80 feet thick with very good gas shows.

This is despite
Director's Cut out.

Seeking Alpha Article On ONEOK's Recent Announcement To Hook Up 700 Wells In The Bakken -- August 14, 2015

On August 5, 2015, there was a story that ONEOK was going to hook up 700 wells in the Bakken. Today, there is an article in Seeking Alpha that provides some more background to this story:


The company plans to spend from $1.0B to $1.5B this year in growth projects, with much of that spending already done in the first half, but paid via short-term debt. These projects are largely to connect flare gas volumes in the Williston Basin and the Mid-Continent.

They get parked and smaller railroads are getting paid to store them. For example: