The CLR Wells In Banks Oil Field Are Simply Incredible -- Here's Another One -- September 21, 2019

From Rigzone. Data points:
I find this fascinating on so many levels. Most fascinating: why is Warren Buffett not rumored to be interested? 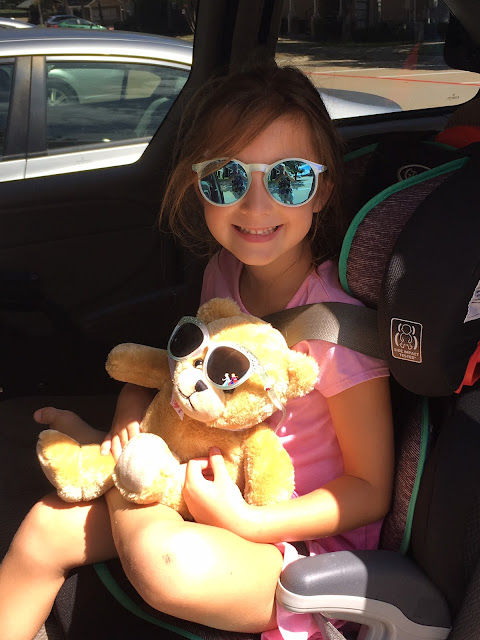 LIST OF DOOMSDAY PREDICTIONS THE CLIMATE ALARMISTS GOT WRONG

Here is the source for numbers 1-27. As you will see, the individual sources are not crackpots, but scientific studies and media reports on “expert” predictions. The sources for numbers 28-41 are linked individually.

Maybe if they put a charging unit near the new refinery going up next to the park ... 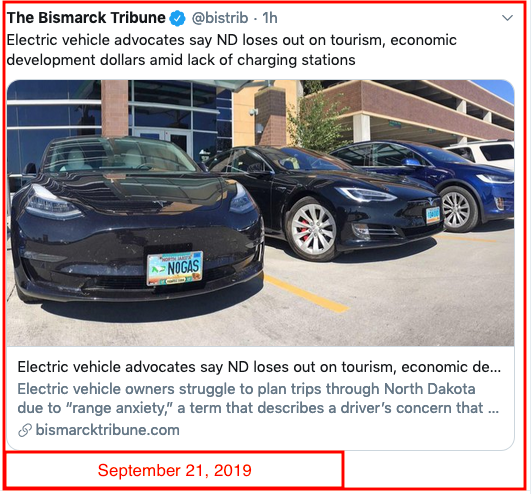 Trump Administration Will Pay Apple Back For Chinese Tariffs Already Paid -- What A Great Country -- September 21, 2019

From "The Daily Note" some weeks ago; does anyone remember this "dinner"?


August 19, 2019, T+30: Trump's popularity ebbs and flow. Recently his popularity has been ebbing. He had dinner with Tim Cook over the weekend. It must have gone well based on Trump's tweets. Let's see if Trump's poll numbers turn around.

Gee, I wonder what they talked about? Link at WSJ.


The Trump administration has given Apple Inc. AAPL a reprieve from tariffs on 10 items, including a power supply and a logic board, that are imported from China.

They were among the $200 billion worth of Chinese imports first targeted for tariffs in September 2018.

The Office of the U.S. Trade Representative on Friday granted Apple exemptions on its Magic Mouse 2, Magic Trackpad 2 and various internal components. The exclusions cover a time period from September 2018 to August 2020, and the U.S. will refund tariffs already paid.

Macrumors has not yet posted this story; I can't wait to see the snarky comments.
Posted by Bruce Oksol at 4:43 PM No comments:

I track the "doomsday" stories here.

Add East St Louis, and other Illinois cities to the list. At zerohedge:


On Tuesday, the East St. Louis’ firefighter pension fund demanded that Illinois Comptroller Susana Mendoza intercept more than $2.2 million of East St. Louis city revenues so they could be diverted to the pension fund.

The fund trustees said the city shorted firefighter pensions by $880,000 in 2017 and another $1.3 million in 2018. Under a 2011 pension law, the state comptroller gained the powers to intercept city revenues on behalf of police and fire pension funds shorted by their municipalities.

Harvey was the first municipality to run afoul of the intercept law. North Chicago, a Chicago suburb of 30,000, was the second. Now it’s East St. Louis’ turn.

Back when Harvey was first intercepted last year, Wirepoints reported that comptroller confiscations could wreak havoc on hundreds of Illinois communities, potentially creating a domino effect. Hundreds of Illinois’ 650 pension funds have not received their statutorily required contributions from their respective cities in recent years, meaning the intercept law could go into wide usage under a broader crisis scenario. In the most recent analysis of Illinois Department of Revenue data, nearly half of the 650 funds were not properly funded in 2017 (see details below).

That domino effect could be exacerbated given that municipalities have virtually no control over their own pension funds. State law sets all the rules and pensions are protected by the Illinois Constitution, meaning that in a market downturn, the pension funds may have little choice but to demand more intercepts.

The East St. Louis firefighter fund has certified to the comptroller that the municipality didn’t fully pay its required contributions to the pension fund in 2017 and 2018. Now the Comptroller has 60 days to decide whether that’s correct. After that, it can begin confiscating East St. Louis revenues. The request by the lawyers of the firefighter fund can be found here.

The intercept law was first utilized in 2018, when Harvey, Illinois, revenues were garnished to pay the city’s police and firefighter pension funds.

That intercept of nearly $3.3 million led to the layoff of 40 public safety workers so the city could avoid insolvency. The city found it couldn’t simultaneously pay for both current workers and pensioners. The city and the pension plans eventually reached a deal that relieved some of the pressure on the city.

Such zerohedge stories as these precede mainstream by six to twelve months.  And, then, often, only in regional newspapers.

By the way, North Las Vegas was in the same (bankruptcy) boat several years ago. It was on my "doomsday" list. But a new CFO turned it around. 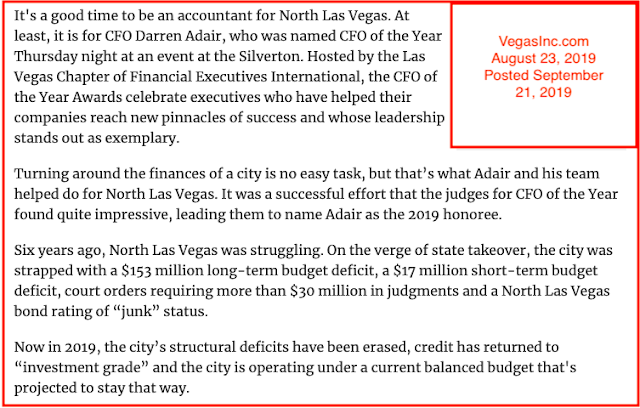 Busy, busy weekend. Just some of the activities.

High school "prom" for the oldest granddaughter who will also be setting up the venue.

The middle granddaughter's soccer team beat a highly ranked Oklahoma team today, 3 - 0. Olivia scored one goal (she is a mid-fielder, not a forward), and assisted on a second goal. Overheard from another parent: "Olivia was on fire today." 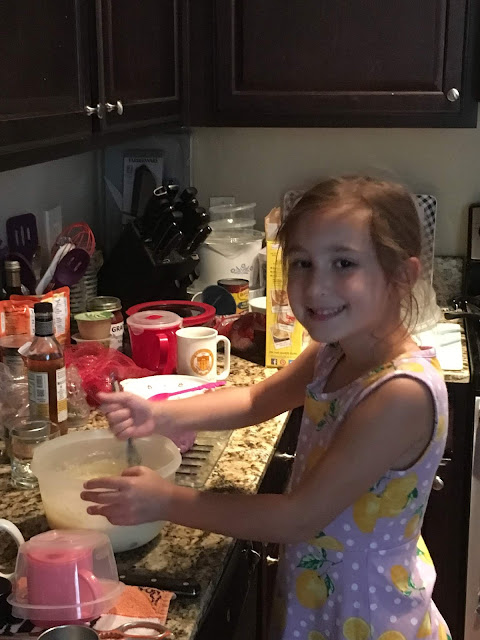 Six producing wells (DUCs) reported as completed:
Those are some of the "worst" IPs I've ever seen for DUCs. Incredibly, across the board, awful numbers, including the last one, #35271.

But then looking a bit deeper, it turns out they are all great wells.

Readers know I am inappropriately exuberant about the Bakken.

I am appropriately exuberant about the US.

And, I am similarly appropriately exuberant about Texas.

Day in, day out there are more and more leaf patterns in the pot of tea suggesting that on many, many levels, the US will continue to become more balkanized. On one level that includes prosperity, economy, and growth. It is clear that the gap between states that favor growth and promote growth and those that don't will widen.

Today, the "Navajo Page" search on the blog, just some of the hits.
So, where do we stand on this generation station? From a google search today: 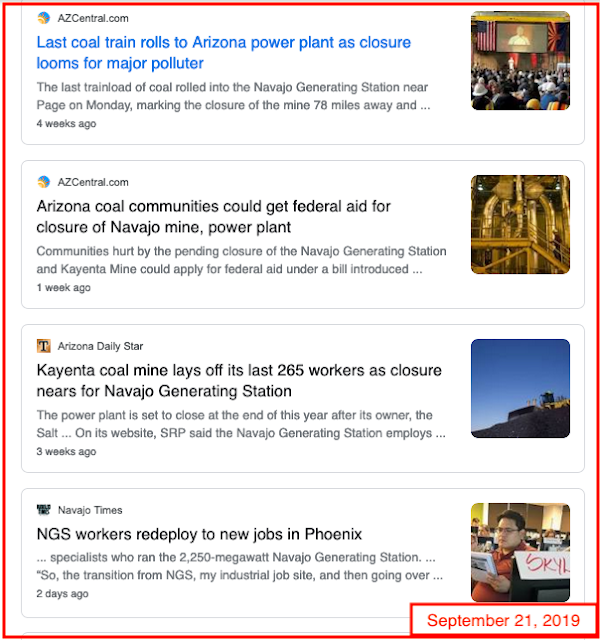 
in 2017, the utility operators of the power station voted to close the facility when the lease expires in 2019.  In March 2019, the Navajo Nation ended efforts to buy the plant and continue running it after the lease expires.

The reason they ended the efforts to save the plant was because the environmental requirements were impossible to meet.

I posted all that because a reader told me he just returned from visiting the area and took a boat tour of Lake Powell. He mentioned that the water level is up 53 feet from April, 2019 (this year) to September 9, 2019 (this year) --- summer months, note. The reader mentioned that they were told that the Navajo (Page) Generating Station generated (note the past tense) more than twice the electricity than the Glenn Powell Dam and the Hoover Dam.

It will be interesting to see utility costs over the next five years for Nevada, Arizona, and California.
Posted by Bruce Oksol at 9:54 AM No comments:

Another WPX Ruby Well In Antelope Field Is Producing -- September 21, 2019

The WPX Ruby wells in Antelope-Sanish are tracked here.

Another of these wells is reporting production: