Quickies:
Operations
10% drop in active rigs in North Dakota this past week
Armstrong Operating has a permit for a wildcat in southwest North Dakota
One of CLR's great wells, Hendrickson 1-36H, Elm Tree, is off-line
Happy birthday to Kate Hopkins #1 -- 60 years old
Still confidential, the Rolfson N wells are going to be some nice wells

Pipelines
DAPL on again, but how it plays out still in doubt; top story here;
How DAPL protesters were funded; and here;

Betsy DeVos: First, the answer to the question posed earlier today: New Orleans school test scores. When I look at the picture, seriously look at the photograph that accompanies that story, my heart goes out to each and every one of them. They have been through hell and back, and I hope they all succeed beyond all expectations, no matter what they do in life. Our older daughter graduated from a public school in lower Alabama, not all that far different culturally from New Orleans. I think it was a lot more difficult for her than she let on. It is one of the few chapters in her life that she does not want to discuss with me.

Paid protesters: I've had some fun with postings about how DAPL protesters were paid for their activity on Standing Rock Reservation. Sometime ago, a reader sent me the link to this article. For whatever reason I did not post it then, but now it seems entirely appropriate. From The Washington Times, a couple of weeks ago, the state of North Dakota is reminding "paid protesters" that they need to file North Dakota income taxes for 2016.


Tax Commissioner Ryan Rauschenberger said his office is keeping an eye out for tax forms from environmental groups that may have hired protesters to agitate against the 1,172-mile, four-state pipeline project.

“It’s something we’re looking at. I can tell you I’ve had a number of conversations with legislators regarding this very issue,” said Mr. Rauschenberger. “[We’re] looking at the entities that have potential paid contractors here on their behalf doing work.”

It’s no secret that millions have been funneled into the six-month-old demonstration via crowdfunding websites, and that more than 30 environmental organizations, including the Sierra Club, Indigenous Environmental Network, Food and Water Watch, 350.org and Greenpeace, have backed the protest.

If national environmental organizations are paying protest personnel, they’re not saying so publicly. Still, Mr. Rauschenberger said red flags will be raised if he doesn’t start seeing W2 or 1099 tax forms from those affiliated with the protest arriving at his office.

Tesla, Model S: There must be a gazillion automobiles and light trucks on the roads in north Texas -- Dallas, Ft Worth, Plano, Grapevine, but apparently just one Tesla. Or at least it was just serendipity that I ended up behind the same Tesla at a "red light" in Grapevine near Tutor Time on Pool Road where Sophia goes to school that I saw on Texas Highway 114-west on the north side of South Lake about six months ago. Same Texas license plate: T CLEAN. Now, that I think of it, I wonder if that particular Tesla might not be a dealer's model? The license plate had the "feeling" of being a dealer's plate.

I would have posted that observation regardless, but it is timely: "tension is high as Tesla gets ready to  move into production of Model 3." That was in The Los Angeles Times yesterday. Today, Bloomberg is reporting that Musk Melon has picked a fight with a union organizer. [Update, February 13, 2017: CNBC -- UAW says it will greet Tesla workers with 'open arms.']

By the way, for those wondering, the Tesla did not impress Sophia. She was looking at the huge black, intimidating F-350 that pulled up alongside the Tesla. From the rear, the Tesla looked like a sporty Honda crossed with a Porsche. A dime a dozen in Southlake.


That Don't Impress Me Much, Shania Twain

Anyone who has not noted the Trump rally (stock market) is a nominee for the 2017 Geico Rock Award. For those who may have missed it: 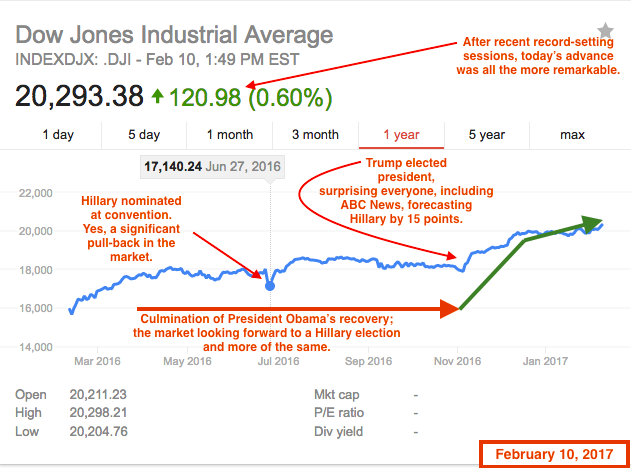 I have a number of managed portfolios/investment accounts: a pension, trad IRA, ROTH IRA, a non-IRA mutual fund, whole life insurance policy, maybe nine or ten different accounts in all. I assume any financial advisor worth her salt would recommend that I start to consolidate; some of these are incredibly small accounts. So many accounts are hard to keep track of. But I've noticed something interesting. Some of the managed portfolios/investment accounts have done very, very well; others have not participated in the Trump rally at all.

So, why would I post that? To ask a question or posit an observation. If the market continues to melt up (as expected with the "Trump tax cuts yet to be announced") those funds that have not yet participated will eventually be "forced" to jump in, thus driving the market higher.

On the other hand, if the laggards are correct, holding back, expecting a correction (as expected once the GOP fails to deliver), then the laggards will a) look pretty good; and, b) use their "dry powder" to "dive in."

I don't know. It will be fun to watch.

Having said that, those interested in individual stock-picking, it seems like the current investment environment is an open-book test.


As if Venezuela doesn't have enough problems, its National Assembly is now picking a fight with Russia's most powerful oil man.  Igor Sechin, known as Darth Vader in Russia, is the CEO of Rosneft and his company is now being roadblocked by legislators who question the legality of a 40% joint venture deal with a PdVSA subsidiary called Petromonagas. Sechin says the deal is legal. Venezuela, which can use all the money it can get, thinks otherwise.

On Thursday, the National Assembly took up issue over the proposed sale, telling the Russian embassy on Friday that it was annulling the $500 million deal with Rosneft. Petromnagas, formerly known as Cerro Negro, is one of four strategic oil projects undertaken by Venezuela in the Orinoco heavy oil basin. It produces around 170 thousand barrels per day and 40% of that, or 60 thousand barrels, belong to Rosneft.

Chuck Schumer, et al, might do well to read a bit of Nietzsche after this week of slow-rolling President Trump at every level. I will expand on this later if the spirit moves me.
Posted by Bruce Oksol at 8:41 PM No comments:

Armstrong Operating With A Permit For A Wildcat In Southwest North Dakota -- February 10, 2017 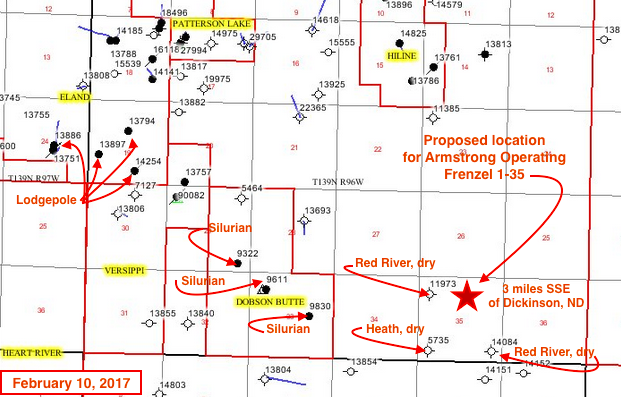 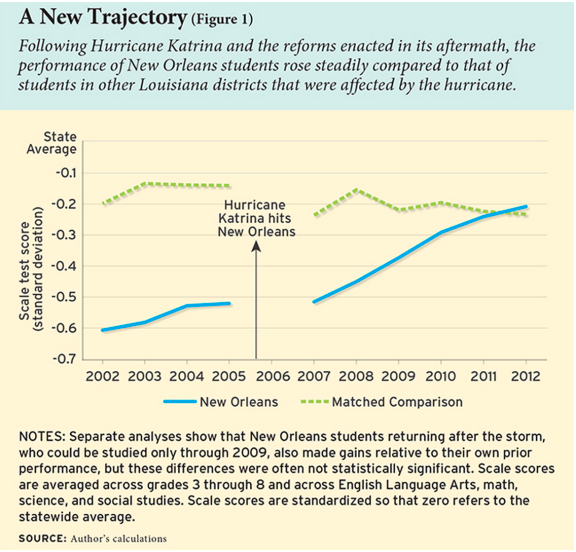 The link and the rest of the article later. Please share with educators. Nothing like a hurricane to get things moving in a positive direction.


Throughout the protests surrounding the Dakota Access pipeline in Morton County, N.D., many people have been asking how these protesters are being funded. Anyone who takes even a moment to try to follow the money cannot possibly avoid ending up on a page hosted by the charity fundraising web platform GoFundMe.

Whether it’s the infamous “Veterans For Standing Rock” with their missing $1.1 million, or another organization in the litany of Standing Rock-based pages on the website, rough estimates for the amount raised on these pages have been reported to be around $11 million. Just as a point of reference the State of North Dakota has already spent roughly $30 million managing the crisis these donations were meant to fund.

Actually, the correspondence is much shorter: protestor to non-protestor to reader to me. $19/hour is well above the $15/hour minimum wage some folks are advocating. The Bakken continues to be a great place to work.


AAPL: on the brink of closing at all-time high.

Another record-setting day for the markets? The Dow is up109 points in early-afternoon trading. Significant market response during joint press conference, Trump and Abe.

Disclaimer: this is not an investment site. Do not make any investment, financial, travel, job, or relationship decisions based on what you read here or what you think you may have read here. This is also not a music site nor a dance site.

Another record-setting day for the markets? The Dow is up 65 points in early trading. 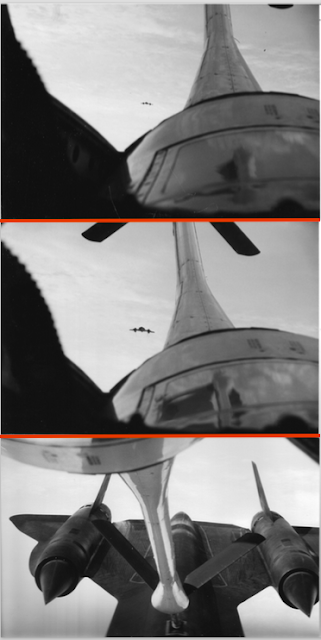 
South Texas—and its primary trading hub, Agua Dulce—is emerging as the fulcrum for U.S. natural gas producers and growing demand markets on the Texas Gulf Coast and across the border in Mexico. Between the Freeport and Corpus Christi LNG export projects and cross-border pipeline projects to Mexico, nearly 4.0 Bcf/d of export capacity is being developed in South Texas over the next few years. Meanwhile, U.S. producers as far north as the Marcellus/Utica are jockeying to capture this new demand.

Large investments are being made to expand and reverse traditional pipeline flows across the Texas-Louisiana border to get gas all the way down to South Texas and the Texas-Mexico border. But will enough capacity be available when the demand shows up? Today, we break down the natural gas supply/demand picture in South Texas and what it will take to balance the market there as exports ramp up.