From The Vancouver Sun:

The outcome will provide either relatively smooth sailing, at least legally speaking; or more bumpy waters; or, potentially, the project’s death knell.

It’s the biggest legal decision yet of challenges by First Nations and other critics of the approval by Justin Trudeau’s federal Liberal government and the National Energy Board.
The mega-project — supported by business groups in B.C., as well as some unions and First Nations — will triple capacity and is meant to open new markets for crude from the Alberta oilsands in energy-hungry Asia.

The Federal Court of Appeal decision has ramifications for further delays of the expansion, which the company has said has already been delayed by protest and permit challenges.

The court will decide whether several First Nations, including the Tsleil-Waututh and Squamish, were adequately consulted, as well as whether orcas have been properly protected.

Other challenges in B.C. Supreme Court have already been rejected, including by the Squamish Nation and the City of Burnaby.

George Hoberg, a professor at the University of B.C.’s School of Public Policy and Global Affairs, said Thursday’s decision is crucial.

“The City of Burnaby decision … that was small fry compared to this.”

Hoberg anticipates three possible outcomes: the project gets the general blessing of the court, validating the review and consultation process; the review process is criticized but not invalidated; or approval is quashed.

In 2016, in a similar challenge of Enbridge’s $7.9-billion Northern Gateway oil pipeline, the federal court found inadequate First Nation consultation, which all but ended that project.

In fact, the Northern Gateway was effectively killed by PM Trudeau. From an earlier post:

A ban would prevent hundreds of tankers each year from carrying diluted bitumen extracted from Alberta’s oilsands and piped to northern B.C. from being shipped for export overseas.

“It will mean that Northern Gateway will never happen,” said Gerald Graham, a Victoria consultant specializing in oil spills for more than 40 years.

Thursday: will be able to say, "what goes around, comes around"?

I was part of the jury pool on this one; not selected most likely because I was "seen" as being too harsh when it came to the punishment phase of the trial.


The vandalism that ruined much of St. Stephen’s Presbyterian Church in Fort Worth was described by its pastor as “disturbingly violent.”

The century-old church near TCU was vandalized and set on fire about 4:30 a.m. on Jan. 8, 2017. The fire was put out quickly but the church was badly damaged, forcing officials to cancel Sunday morning services that week.

The man responsible, Thomas Britton, 56, was sentenced to 40 years in prison on Thursday. The jury took five minutes to reach a decision, according to a news release from the Tarrant County District Attorney’s Office.

This tells me how long Bakken wells are going to be producing:

For newbies, example of jump in production in two XTO wells in Siverston oil field that were not re-fracked, at this link.
Posted by Bruce Oksol at 10:06 PM No comments:

Link here for New York state and NYC. Click on the area of the map that interests you.

ISO New England, a bit farther north, see graphic below, link here. And, yes, it will cost $300/MWh if one chooses to do laundry at noon. From wiki: 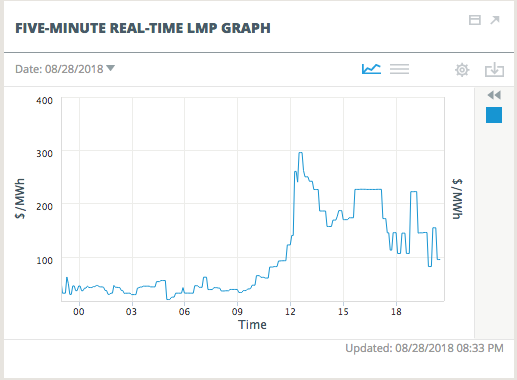 I was waiting to post this at a more appropriate time, but I don't want to forget to post this, so I'm doing it now.

A huge "thank you" to the reader who sent me this some months ago. Hopefully, I will remember to re-post this next year during tax season:


One thing that you may have mentioned and that does strike me is that oil companies are now collecting the ND state tax, deducting it from the royalty checks, and have been doing this for several  years.

And this is at the highest possible marginal rate.

This has to be a windfall for ND as many  people receive a substantial refund if they file, so those people that live out of state and don’t file are paying much more in taxes on their royalties  (in many cases) then they actually owe.

Five years ago ND was collecting nothing from the non-residents not filing so one would think this would be a windfall – an overly high tax rate and the fact taxes are now actually being collected.

Email ThisBlogThis!Share to TwitterShare to FacebookShare to Pinterest
Labels: Taxes

CLR With Permits For A Palmer Federal / Palmer Pad In Haystack Butte -- August 28, 2018

I was out doing errands all day so I have to work fast to catch up. Huge "thank you" to reader(s) for sending me links.

Venezuela: oil discovered in 1914; free economy: by 1950, Venezuela had the 4th highest per capita income in the world; squandered it all. Hugo Chávez asked "so, what don't you want?" The masses said they don't want a free economy; they wanted free money; they wanted other people's money. Bernie Sanders, Occasional Cortez, and Pocahontas have said the same thing: they don't want a free economy; they want free money; free college; free medical care; free everything. And so it goes.

Biggest surprise all day: the markets held after a huge run-up yesterday. One would have thought a lot of profit-taking today. But all four major indices held, all closing higher, albeit barely in most cases.

Making America great again.
Disclaimer: this is not an investment site. Do not make any investment, financial, relationship, travel, or travel decisions based on anything you read here or think you may have read here.

So, the big question on the Q2 conference call was what to do with all the cash that will be generated?

As discussed, the company wants to build up its cash to a more comfortable level ($2-3 billion) after draining it to buy back $3.3 billion in shares from Berkshire Hathaway.

There also was talk of paying down a bit more debt.

But as can be seen from the $1.3 billion in net income in Q2 alone, while generating $2.4 billion in CFO during the quarter, it won't take long for PSX to increase its cash on hand and reduce debt.

So then what? Obviously, more buybacks and dividend increases. As Garland said on the conference call, "what a great problem to have." He expands on the subject by giving the 10,000-foot view summarizing PSX's cash generation and allocation numbers:

Note that the company had only 464 million shares outstanding at the end of Q2. So "$1 billion to $2 billion", call it $1.5 billion of cash, amounts to an incremental ~$3/share annually. Considering the current quarterly dividend of $0.80 ($3.20 on an annual basis) equates to a roughly $1.5 billion commitment, the outlook for both dividend growth and share buybacks is obviously excellent.

I say this because if, for example, all the excess capital were allocated to growing the dividend only, the dividend could roughly double.

Making America great again: it's ironic that Trump will be impeached in 2019 when the US is doing so incredibly well. On top of everything else, look at the consumer confidence index today. Something tells me the GOP will suffer immensely if they let the charade go through when the economy is doing so well; as Larry Kudlow says, the "US is crushing it"
Trade wars: some think China has more staying power than the US. Remember this: US retail is starting to put in their orders for Christmas now; by the end of August, maybe September at the latest, US retailers will have put in their buy orders.
Posted by Bruce Oksol at 10:28 AM No comments:

CO2? What CO2? Algore says CO2 from jets does not count. That's fortunate. How much CO2 will 240,000 commercial pilots dump into the atmosphere. From The BBC: Boeing says Asia needs 240,000 more pilots over the next two decades. The reason CO2 emissions from jets do not count, flying "takes cars off the road." Like all the cars that would otherwise be driving across the Pacific Ocean.

Total lack of shale: Last month BP said it would buy world-class unconventional assets from BHP in the Permian, the Eagle Ford, and the Haynesville basins for US$10.5 billion, which will add 190,000 boe/d of production and 4.6 billion boe of discovered resources to BP’s portfolio. But France? Nope. France's oil and gas major Total said it won't move into the Permian -- too expensive -- and Total will remain the "only" major without exposure to shale.

Pipelines: this is pretty cool. This past year there has been a lot of hand-wringing about lack of takeaway capacity in the Permian. I said a few weeks ago that free-market capitalism would solve this problem: not to worry. Now, from oilprice: the Permian could soon have too much pipeline capacity.

OPEC: there story keeps changing. Now "they" say OPEC+ cut July output by 9% more than agreed upon.  OPEC is certainly not irrelevant but  ...

Speaking of OPEC, LOL -- Saudi Aramco -- now that the IPO is dead -- something movers and shakers knew from the beginning -- Elon Musk (Tesla) and Prince Salman (Vision 2030) would have been a good fit -- now, and I can't make this up, Saudi Aramco wants to become a found of ideas. From the WSJ:


Saudi Arabia’s state oil company is working to turn itself into an innovation powerhouse while its much-delayed plans to go public remain on hold.

The U.S. Patent and Trademark Office granted Saudi Arabian Oil Co., better known as Aramco, 230 patents last year, four times as many as in 2013 when it racked up just 57. That placed Aramco third among oil-and-gas exploration and production companies that year, far behind Exxon Mobil Corp. but close to Chevron Corp.


It seems like everyone wants production out of the Permian these days — at least everyone who works for a pipeline company.

The addition of five major greenfield crude oil pipes plus a host of expansion projects could bring Permian takeaway capacity up to 8.0 MMb/d from only 3.3 MMb/d today, with almost all of the incremental barrels destined for export markets. It’s a similar story for natural gas, with seven new pipes in the works to bring 2.0 Bcf/d each to Corpus Christi, Houston, or Louisiana, again with most of the molecules targeting exports.

Not to be left behind, at least 27 new Permian gas processing plants are in development, and five new pipeline projects could bring 1.6 MMb/d of y-grade NGLs to the Gulf Coast. It’s a darned good thing that everyone in the global energy markets wants all that Permian production, right? What will this mean for the Permian and, for that matter, for the rest of the U.S. and the world? The only way to answer that question is to get the major players together under one roof and figure it out. That’s the plan for PermiCon 2018. Warning! Today’s blog is a not-so-subliminal advertorial for our upcoming conference. 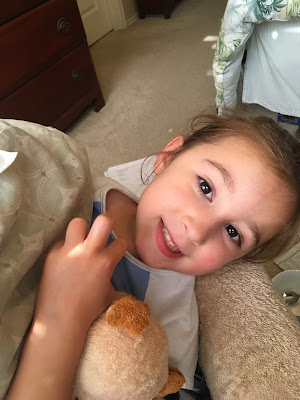 From tradingeconomics, making America great again, the US Dow (irrelevant, of course, but fun to watch):