A reader posted that based on his calculations, the better Bakken can be valued at about $40,000/acre. 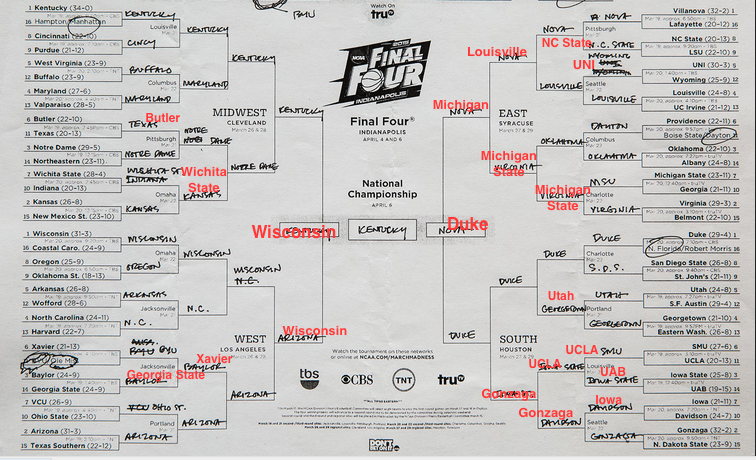 From a college basketball expert.

Posted by Bruce Oksol at 9:44 PM No comments:

Remember the good old days in the Bakken when we "argued" over the relevancy of an IP. Just for the fun of it, look at this well that had an IP of 67.  Still flowing on its own; no pump.

I missed this. OilPrice reported this yesterday:


The EIA reported continued gains in oil inventory coming in slightly above expectations at 4.8MB. But for the first time this year production actually dropped 36,000BD overall and 37,000BD in the lower 48.

This runs contra to almost every media report and sell side analyst that has been spouting off that production would continue to rise thru at least 3Q rising 500,000-700,000B/D for the year.

And, as a reminder, the lower 48 production is an EIA estimate which I [the writer of this article is Leonard Brecken] guarantee will be revised downward in the coming quarters as actual data gets processed.

The oil over rail [CBR] data bears this out especially in TX where it dropped 25% recently as already reported here, while the EIA assumed production in the Permian would continue to rise. What was amazing is how shell shocked the talking head media were on this surprise turn of events.

I didn't see the news or watch television, so I don't know how "shell-shocked" the talking head media were on this "surprise turn of events."  I do not know the particulars of the writer's "guarantee." But "guarantees" of this sort are usually worth the paper they are written on.

Disclaimer: this is not an investment site. Do not make any investment or financial decisions based on anything you read here or think you may have read here This particular article and this particular site tend to be fairly superficial but it is what it is. If in fact, production continues to drop, it decreases the likelihood that WTI will stay under $53 through the end of May.

Bertha has been raised; will undergo repairs; and, inshallah, will begin drilling again in August.
Posted by Bruce Oksol at 6:47 PM No comments:

Hollywood's #1 Environmentalist Buys An Island Despite Global Warming Risks That It Will Sink -- April 4, 2015

This is kind of fun.

I was curious to see who the top "green" Hollywood actors were.

Now, pair that item with this article that Don saw and sent me the link: Leonardo DiCaprio buys an island.

Remember: the only real concern with global warming is rising oceans, a foot or two, and flooding some tropical islands.

So, there are at least three possibilities to connect those data points:

August 7, 2016: that "UnknownXML" simply seems to be a computer error; I don't think it means a thing; still off-line but the 2/15 pool has been corrected to Tyler and all subsequent entries list the pool as the Tyler.

April 5, 2015: a reader writes -- Marathon made the request in February to name the pool. So there will likely be a named pool for this well soon. The bigger question is "why" is MRO hasn't shut-in/begin the process to abandon this well.

Note the pool notation for February, 2015:

File report not helpful.
Posted by Bruce Oksol at 8:37 AM No comments:

Earthquakes And Fracking -- April 4, 2015; Tesla And Bentley On A Quarter-Mile Airfield

A reader provided this interesting USGS graphic showing areas of greatest risk for earthquakes in the United States. 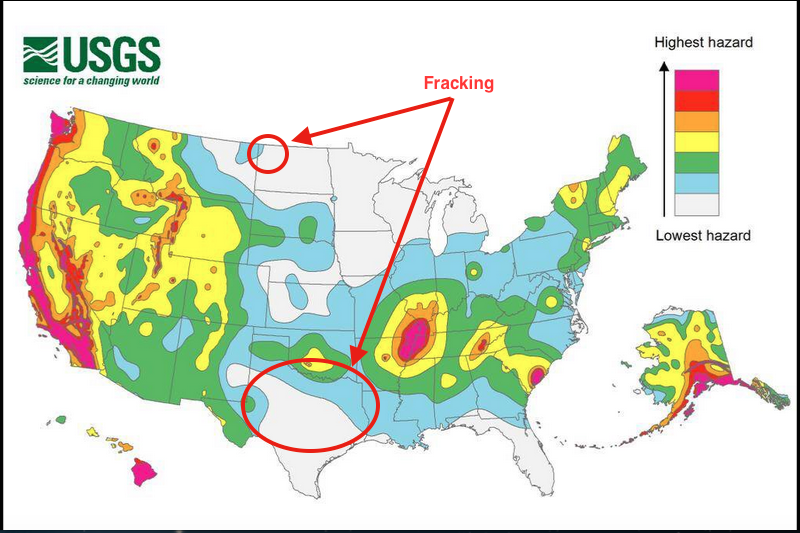 There are two "feature" articles on Tesla in today's edition of the Wall Street Journal. The article on the back page of "The Off Duty" section, page D12, compares the Tesla Model S with the Bentley Continental GT3-R.

A man walks into a bar. Drivers take the two cars to an airfield to race.

The Tesla P85D has two acceleration modes: "Sport" and "Insane."

Obviously, for the race, the Tesla driver chose "Insane."


Mat the Tesla's accelerator and 0 - 24 mph transpires before you know what hit you, in 0.84 second. Suddenly exposed to more than 1.3 g of longitudinal acceleration, any loose items in the cabin instantly fall rearward and cellphones get sucked out of pockets and purses.

In 3.2 seconds, the car reaches 60 mph, uncannily quiet and hydraulic, a barrel ride over Electron Falls. That's 1.4 seconds quicker than the previous P85. Tesla promises an over-the-air upgrade for the P85D that will knock it down to 3.1 seconds.

If it were an 1/8-mile comparison, the Bentley would be left for dead ... but over a quarter mile -- generally both crossed the quarter-mile stripe in under 12 seconds .. and pretty much tied.

The Tesla P85D easily beats the Ferrari, Lambo, Porsche, and Corvette -- right up to 100 mph which takes the Tesla less than 8 seconds to reach.

If money were no object, and I didn't have three granddaughters, I would have a house on Cape Cod and a Tesla (for the summer).
Posted by Bruce Oksol at 7:51 AM No comments: