For background to this story, see this post from February 8, 2017.

That was a few months ago. Now this story from Fox News yesterday:

One of the companies, United Van Lines, reported that of all their Connecticut customers, 60 percent were leaving compared to 40 percent who were moving there. Only three other states had higher rates of people moving out – New York, New Jersey and Illinois. One out of five of those leaving said they were retiring.

But solutions are in the works:


Some state legislators suggest legalizing marijuana as a new tax source, as well as new tolls and a new casino. Other legislators and economic analysts say one remedy is to start taxing services, such as dog grooming.

Denmark and Bacon. From Michael Booth's The Almost Nearly Perfect People: Behind the Myth of the Scandinavian Utopia, c. 2014, p. 26:


The Danes are the world's leading pork butcher, slaughtering more than 28 million pigs a year. The Danish pork industry accounts for around a fifth of all the world's pork exports, half of domestic agricultural exports, and more than 5 percent of the country's total exports. Yet the weird thing is, you can travel the length and breadth of the country and never see a single sow because they are all kept hidden form view in intensive rearing sheds.


The Danes also appear to be addicted to sugar, consuming more candy per capita than anyone else in the world (15 pounds per year). They are also, perhaps less surprising, the largest consumers of processed pork products in the world ... the Danes eat 143 pounds each of pork per year.

That naturally led me back to this post on CNBC's segment on America's concern with obesity and gluten and linking it to pasta.

With all that sugar consumption and all that pork consumption, where do the Danes stand (or sit) with regard to obesity and national rankings. This would be a good post for NY's governor Andrew Cuomo and NY's former mayor Mike Bloomberg and current mayor Bill deBlasio to read. To recap:

If you look at 192 countries around the world, pasta-eating countries are nowhere near the top:


1. Cook Islands -- in fact the South Pacific islands -- the ones that are sinking due to rising sea levels -- or maybe due to something else -- comprise the top five or six spots
2. the Middle Eastern countries of Kuwait, UAE, Bahrain, and Saudi Arabia pretty much round out the top 20, and all of those have obesity rates higher than the US
3. finally, we get to the US, at #19 on the list, followed by the Caribbean, UK and former colonies, Mexico, Chile, more south Pacific islands, and so forth
4. Finally, after going through most of the "recognizable" names in the rest of the world, Europe, South America, and Asia, we finally get to Italy -- the pasta-eating capital of the world ; coming in at #90
5. second from the bottom, the country where little pasta (or any real food for that matter) is eaten, North Korea, or known more prosaically as the Democrate People's Republic of Korea, #191 in a list of 192 countries.

In the top 20 of all global nations? Nope.

Denmark is #107 (the list is only 192 countries long) and is nestled between Namibia and Switzerland, the home of chocolate. 30%+ of the US population is obese; most of the rest of the OECD countries report 24% of their population as obese.

So, it looks like candy, bacon, and pasta are not the problem when it comes to obesity. Must be something else. Global warming?
Posted by Bruce Oksol at 1:28 PM No comments: 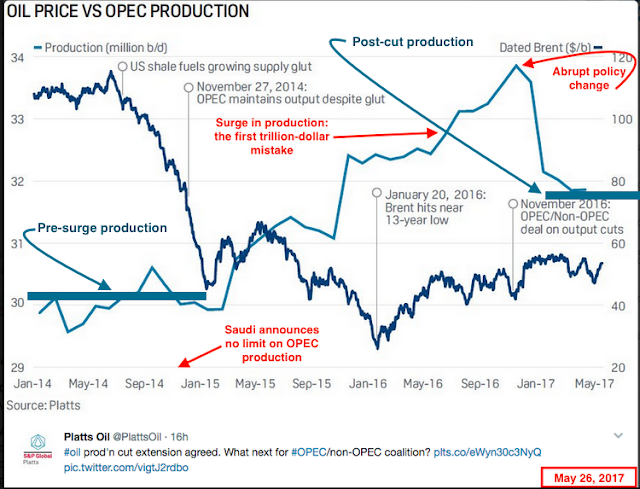