The Bakken Construction Summit, slated for Sept. 25 and 26, 2013 at the Civic Center in Bismarck, ND, brings together the construction and real estate development industries, service providers and other stakeholders to connect and explore construction and development markets and opportunities throughout the Williston Basin.

Although the energy industry is the driving force of economic activity in the Williston Basin, it's the construction and real estate development industries that are needed to build out the housing, industrial, commercial and other infrastructure imperative to sustaining energy and economic development in the Bakken.

"Bakken development actually started in 2000 with discovery of the Elm Coulee field in Sidney, Montana and took off in earnest in 2006 in North Dakota with EOG's Parshall Discovery. With more than twelve or six years of energy development behind us, depending on which benchmark you use, the construction industry still has a long ways to catch up to the needs of the region."

Posted by Bruce Oksol at 8:58 PM No comments:

A Reminder: NDIC Archives Presentations At Its Site

Note bump in production between 7/13 and 2/14 after well was taken off-line while neighboring wells were fracked. 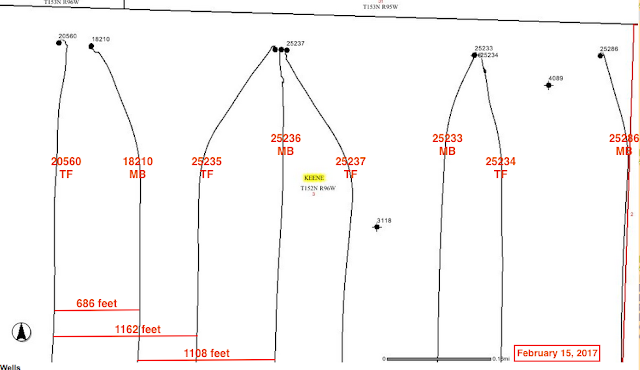 Other wells in graphic above:

These Weyrauch wells are on multiple pads in different drilling units; later, I will separate them by pads. 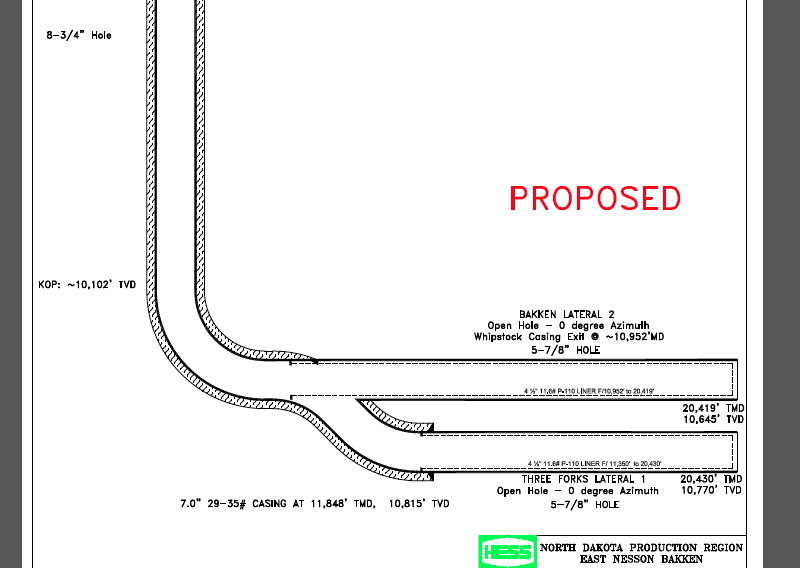 Posted by Bruce Oksol at 7:47 PM No comments:

Wells Coming Off The Confidential List Over The Weekend, Monday; 8/14 Bakken Wells On DRL Status; Whiting With A Nice Well

Long Term, The US Energy Revolution Will Disappoint -- The Legendary Jim Rogers

Later, 1:55 pm: in the original post below I mention that I only had a snippet of the Jim Rogers interview. Don sent me the link to the full interview.  I read through it quickly; it's a wide-ranging interview, and it appears the snippet below is about all that he said about the US energy revolution. Even with the full interview, I would not change a thing I wrote below regarding his comments on shale.

That was the headline at the SeekingAlpha article -- that long term, the US energy revolution will disappoint. The writer posted a short  (one answer) from a longer interview with "the legendary Jim Rogers":


Q: Many believe the U.S. shale revolution is going to solve our energy problems? Is it over-hyped?

A: Yes, I believe it is. Regarding natural gas, the fundamentals on the ground are not nearly as good as the hype. The number of rigs on the ground has gone down 75% the last couple of years, as the wells are very short-lived, and it takes an enormous amount of money to keep them up. A number of companies have had to lower estimates of their reserves. As for oil shale, typical wells deplete at 38 percent the first year. Thus you need a lot of drilling, money, and a high price to keep up production rates. All you have to do is go out in the oil patch. I believe the investment world will be disappointed with the notion that supply is so great that oil will collapse.

We don't have the full interview but it seems the headline is misleading for investors like me, and/or I'm missing something (probably the latter).  But that last line in Jim Rogers' response didn't seem all that concerning:


I believe the investment world will be disappointed with the notion that supply is so great that oil will collapse.

Why would the investment world be disappointed with the notion that supply is so great that oil will collapse?

I'm seeing mixed messages in that reply. I guess it depends on where one is invested.

So, that's one point.

The second point: Jim Rogers does have one flaw in his argument: tracking rig counts as a 30-second proxy for the state of the oil patch. We've talked about that ad nauseum. Rig count is only one data point and is less useful for tracking/anticipating production; more useful for tracking "activity."

I, too, once tracked rig count as a proxy for production, but about a year ago or so, I realized that was no longer a valid metric for that purpose. I now track rig count in the Bakken to give me a feeling for the level of "activity" in the Bakken: jobs, trucks, pipeline being laid weekly, etc. For the operator, less rigs might be seen as "good"; for the oil service companies, less rigs might be seen as "not good."

Rig count is not even indicative of pad development any more. Once upon a time, a rig meant a new pad; now with 4, 6, 8, who-do-we-appreciate, wells on one pad, the number of rigs and/or the number of new wells correlates poorly with the number of pads.

I have to run, celebrate Father's Day, but there is one more data point that is missing from the little snippet in the Jim Rogers interview. And that data point is generally missing in every interview or story that I listen to or read about the Bakken and the US energy revolution.

I agree with the writer of the linked article. There are some great investment opportunities in the Bakken.

Disclaimer: this is not an investment site. Do not make any investment decisions based on what you read here or what you think you may have read here.
Posted by Bruce Oksol at 8:44 AM No comments:

Dickinson Native Back In Town: Moving Up; Unrelated: An NSA Story But I Had To Put It Somewhere For The Archives


Erin Wanner grew up in a family that owned an oil service company, but she never thought about the industry as a career option for herself.

That all changed after the Dickinson native earned a master’s degree in business and the best job she could find was managing a Walgreens.

“That was the only choice I had. There were not jobs,” said Wanner, who was working in Dallas at the time. “And I had a master’s degree and it was really disappointing.”

In 2005, Wanner decided to return to North Dakota and work with the company owned by her father and uncle, now known as MBI Energy Services.

See the rest of her story at the linked article.  Another great "face of the Bakken."

Wasn't it just last week we were told that the NSA was only collecting "meta-data"? Meta-data includes telephone numbers, ISPs, times, locations, but not actual monitoring of phone calls or reading e-mail.

Well, it turns out: not so fast. The NSA admits to warrentless wiretapping.  An "expert" this week on CNBC or some news show said that the NSA "leaker" was aggrandizing his position, that despite has assertions to the contrary, he was not able to listen in on conversations or read e-mail. He was a systems administrator. Now from the NSA:


National Security Agency discloses in secret Capitol Hill briefing that thousands of analysts can listen to domestic phone calls. That authorization appears to extend to e-mail and text messages too.

Systems administrators would, I assume, be among the thousands of analysts. Daily the "leaker" seems to be more credible than our government.
Posted by Bruce Oksol at 8:11 AM No comments: