Rambling. Not ready for prime time.

For those paying attention (and for those not), this is really quite "exciting" for lack of a better word. The price of oil continues to "climb that wall of uncertainty."

This seems to be the consensus (it seems 75% of analysts agree; 25% would disagree): oil markets will tighten regardless of OPEC's decision. While OPEC+ grabbed the attention of oil markets with its recent failure to agree on a production increase, its decision was never going to balance markets as demand rebounds. -- Tsvetana Paraskova.

I suppose if one wants to keep it simple: the price of oil is likely to rise until demand destruction causes it to reverse course. The question becomes: at what price does that occur?

Equity market futures are mixed, with the Dow up marginally and the NASDAQ down marginally.

And Walmart is just the tip of the iceberg what the US has to offer.

While I was traveling, I received a note from a reader regarding the popularity (or perhaps more accurately, the "non-popularity") of the NBA right now. The ratings for the conference championships were way down when compared to the "last normal" year (2019). Comparing anything in 2021 to 2020 -- including gasoline demand -- is completely irrelevant.

But it is what it is. What I'm interested in is how "bad" the finals are going to be.

The finals are going to be "awful" when it comes to viewership.

Second,  there is so much more on television these days than even two years ago; too much competition for eyeballs.

Fourth, the schedule. I assume this has always been the schedule, but in the fast-paced world we now live in, the schedule seems glacial. We have a game tomorrow night and then the following night (Wednesday/Thursday) but the the third game is not until Sunday, three days later, bypassing two huge sport-day opportunities -- a Friday and a Saturday The fourth game is not scheduled until mid-week -- Wednesday -- after that Sunday game. By that time, the series will be 3 - 0 (the series all but over) or 2 - 1 (yawn).

So, the championship will be determined on a Wednesday night or the series will be extended to a fifth game, but game 5 won't happen until Saturday -- more than a week after the first game was played. If it's not decided by then, viewers will have to wait another three days for game 6.

It's hard to believe but game 1 will be played tomorrow, July 6, and game 6 won't be played until July 20. It will seem like an eternity for fair-weather fans. It could take practically the whole month of July to determine the outcome.

I haven't followed professional basketball at all for several years now, but how in the world did the Milwaukee Bucks end up in the Finals? I honestly don't get it.

Could be even worse.

We'll have an idea on July 13, 2021, when the major league baseball All-Star Game is played.

Texas: Covid-19 data here. The curve is definitely flattened. The question is whether there will be new spikes or whether the "curve" will remain at a plateau, nothing more than background noise. It would be interesting to hear an epidemiologist's thoughts on this. As an example, look at Hawaii at the CDC link. And then look at Hawaii's vaccination rate (very similar to the US as a whole): Hawaii has a population of 1.5 million; one million have had at least one dose; 750,000 (50%) are considered fully vaccinated.

Holiday: it's unlikely the CDC will post any Covid-19 statistics today due the holiday.

OPEC in disarray: OPEC meeting called off; no new date set. Who blinks first? What is oil doing?

US shale operators: never saw this coming. This was the least-expected outcome.

Enterprise Products Partners (EPD) buying back its own August-loading LPG cargoes as higher US propane prices narrowed the arbitrage to Asia and led to lower prices for spot fob cargoes. ArgusMedia.

Risk of free-for all. Just because there's no meeting, that doesn't mean there's no meetings. My hunch: Saudi prince making a lot of phone calls and will eventually get his way. Is Russia even a player any more? Don't take that out of context. Is it checkers (red vs black) or "Chinese checkers (yellow, red, green, white, black, blue). If checkers, Saudi and Russia would be on same team; something tells me it's not that simple.

News! Not news! Iraq confirms oil majors plan to leave the country. Oil major exodus in Iraq creates opportunity for China. In addition, the Trump administration wanted to "exit" the Mideast, and it's questionable whether the Biden administration is capable of pivoting on a dime. One wonders how WTI / Brent trade if OPEC essentially pivots 100% to China/Asia?

Breakevens: from Robert Clarke, over at Twitter, "ultra-low breakevens get a lot of critique. But $76 WTI covers virtually all the L48 cost curve. Some Bone Spring, SCOOP-STACK, and Three Forks can't clear 15% (half-cycle) but that's about it. Remarkable rebound."

Iraq: from another twit -- "Iraq does not want to see an oil-price war. Iraq hopes to see date for next OPEC+ talks within ten days."

Afghanistan: all US troops out of Bagram Airfield; new Afghan commander of the Bagram Airfield was not even aware all Americans had left until hours after last American out. Look for name change for Bagram Airfield by end of the year: most likely an Arabic-Taliban name.

Later, 11:20 a.m. CT: it's a fool's errand to predict the price of oil, but I agree with this analyst -- oil unlikely to hit $100 without a major geopolitical event.

OPEC: no news is good news. If they cannot come to an agreement, current production quotas remain in place, as I understand it. There's a lot of chatter about the OPEC talks but the best way to figure it out, is to follow the price of oil.

Global supply / demand: the general consensus seems to be that with or without relaxing the production quotas, new global production will continue to come up short of new global demand; if so, one should continue to see draws of crude oil in storage.

Due to the holiday, no new data from the NDIC will be reported today. 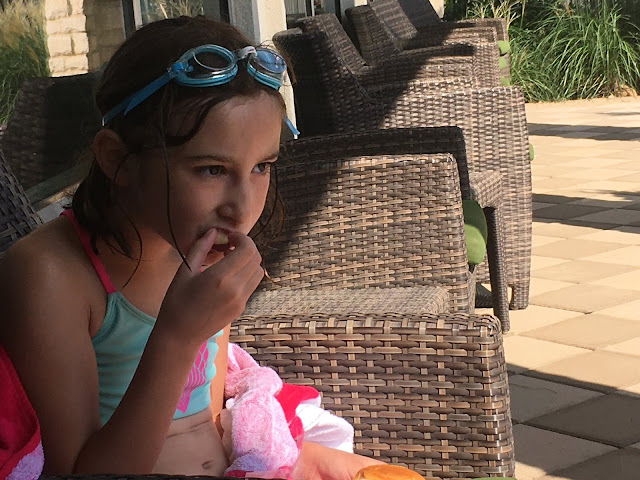 Email ThisBlogThis!Share to TwitterShare to FacebookShare to Pinterest
Labels: Photo_Grandchildren

Initial Production Data For Wells Coming Off Confidential List This Next Week -- July 5, 2021

The Wells Coming Off The Confidential List This Next Week -- Jjuly 5, 2021