The usual disclaimer applies: in a long note like this, there will be factual and typographical errors. In addition, I may be seeing things that don't exist. If this is important to you, go to the source.


Original Post
We are being told that any well that is taken off for a significant period of time (for purposes of discussion, about 3 - 7 months) will show an increase in production when it is returned to production. Another example.

Just by taking this well off-line for a  month or two, one notes the huge jump in production.

A huge thank you to a reader. I was unable to find frack data for this well. A reader found the data for me and I updated the post. Thank you. As the reader noted, the completion data was at the file report (page 75; I did not look long enough or hard enough); but I re-checked FracFocus and, again, noted no data. (I last checked FracFocus on February 1, 2018.)

For the archives:
The graphic of this area: 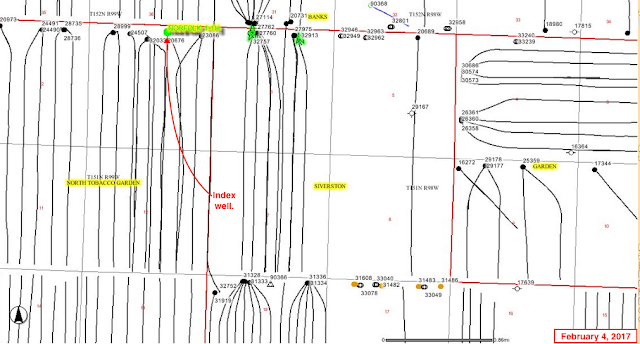 This is an incredibly important video. Anyone who doesn't believe in God after listening to Mary sing this solo is not listening. I'll talk more about it at a later date, but I'm too tired now; going to bed so I can get up early to see President Trump's early morning tweets.

Another example of post-shut-in-jump in production:
Monthly Production Data:


U Can't Touch This, MC Hammer
From Rigzone:


US House repeals Obama rule on methane emissions from oil and gas operations; Senate expected to follow; Trump will sign

My hunch: American school kids are getting a huge education in how government works. Up front, in-your-face, we have an activist president who has distracted / attracted the mainstream media, while behind the scenes, the US House and US Senate just keep moving along with business.


This is the first repeal of President Obama's policies that Congress is sending to President Trump’s desk,” said House Speaker Paul Ryan, R-Wisconsin, in a statement.

“Fittingly, it will bring relief to Americans hurt by years of overreach and over-regulation.

We are repealing the Department of Interior’s stream protection rule—a rule the Obama administration pushed through at the last minute that was designed to decimate coal country.”

Meanwhile, it's just a matter of time before the president makes it official: the US will be withdrawing from Paris climate accord, joining other countries, including Canada, which, if I remember correctly was the first country to withdraw -- some years ago.


Now that oil prices are stable and above $50 per barrel, the energy industry’s depleted workforce is being called back into the field – but there are far fewer candidates with an ear to the ground.

As many as 350,000 oilfield workers lost their jobs during the downturn, which stretched beyond two years in a much lower for much longer down cycle. But the U.S. rig count is on the upswing, led by a frenzy in the Permian Basin, and companies need bodies at the wells.

Pundits suggest President Trump was a "bit rash" in some of his tweets and actions in his first two weeks as president.

It should be noted that during much of this period he had the advice of only two "White House counselors," the wild and crazy Kellyanne Conway and Steve Bannon because the progs refused to confirm his cabinet nominees who, compared to KC and SB, were seasoned, middle-of-the-road, calm, deep-thinking men and women who might have tempered some of Trump's actions, and provided a counter-point to KC and SB.

But the progs refused to confirm his nominees, and Trump was talking to himself, KC and SB. What could possibly go wrong?

Once his nominees like Wilbur Ross, Rex Tillerson, and others are on board, one can expect a somewhat-different White House. Or not.

Archambault in recent weeks has been pushing protesters to leave their flood-prone main encampment on federal land between the reservation and the pipeline route and asking that activism be spread around the U.S. He said efforts by some to establish a camp Wednesday on nearby higher ground "do not represent the tribe."

The new camp site was west of the main encampment that for months has housed hundreds and sometimes thousands of people who support the tribe's position that the pipeline threatens their drinking water and Native American cultural sites. The pipeline would carry oil from North Dakota through the Dakotas and Iowa to a shipping point in Illinois. The route would go under Lake Oahe, a large reservoir along the Missouri River.

Energy Transfer Partners disputes the tribe's arguments and says the pipeline will be safe.

A few hundred people still remain in the main camp, which is being cleaned up this week in advance of spring flooding that could carry any remaining refuse into the Missouri River. Archambault in recent weeks has called for the camp to disband, and late Wednesday he urged people who have left to stay away.

"In these past few weeks at camp, I see no reflection of our earlier unity, and without unity we lose," he said.

Iron Eyes, who made an unsuccessful bid for Congress last fall, remained jailed Thursday and unavailable for comment, a spokesman said. Iron Eyes told The Associated Press last week that he and others feel a need to "keep up the pressure" because "right now the will of the public is being expressed by a president that does not represent the majority in this country."

For the archives: Donald Trump has been president for two weeks.

I might come back to this later. A lot of important national and international news that was not noted in the links below, notably: ExxonMobil doubles down in the Permian

The U.S. Army Corps of Engineers issued notices on Friday to protesters, warning that corps-managed federal property adjacent to the Cannonball River would be closed on Feb. 22. In addition, the Bureau of Indian Affairs pledged its support in helping the Standing Rock Sioux Tribe in closing the protest camps within its reservation boundary.

Don't you just love politicians, always out in front? I could be wrong, but I think this is the first I've heard something from the senator on this issue.

After a 16-month layoff, he was expected to play four times in five weeks.

Today: Dubai Desert Classic (which he never, never, ever, ever misses): opening round 77 -- atrocious; withdraws, citing muscle spasm in lower back.
Posted by Bruce Oksol at 6:58 PM No comments: 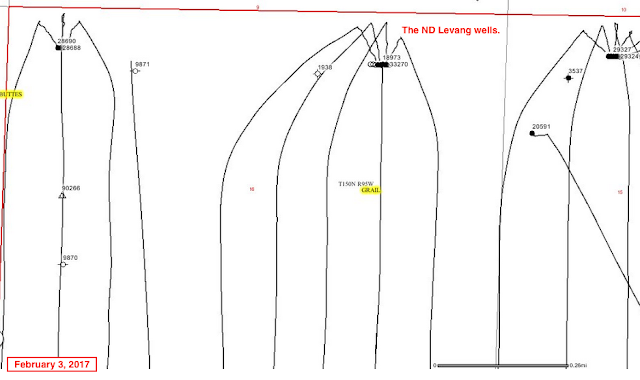 
Won't affect DAPL, Keystone. The turmoil at FERC would not affect the proposed Keystone XL and Dakota Access oil pipelines. FERC does not issue permits for oil pipelines.

OPEC, Russian cuts in crude oil production will result in a spike in oil prices in late 2018:
I'm in the camp that says the price oil will "melt up" in an orderly fashion. I'm not alone: "It is unrealistic to expect that the commodity will reach $65 a barrel in the near term, an analyst at the Paris-based International Energy Agency (IEA) told CNBC.

Making America greater than ever before -- quick, without a google search, how many private jets will descend on Houston this weekend for the NFL Super Bowl? [Later, February 4, 2017: Results of the poll:
Correct answer 1,300.]

This is a huge, huge deal. In the future, the Super Bowl can only be held where local airfields can handle 1,300 private jets.

Climate warming? Are you kidding?

A single Trump tweet saves over $700 million on 90 new F-35 fighters. One link here but being reported everywhere.

Posted by Bruce Oksol at 8:20 AM No comments:

As I'm sitting here watching Fox Business News, the news is non-stop with regard to Trump and the White House. Trump is everywhere, 24/7. Has he even gone golfing yet? Yes, he has but one would never know it. Progs are not seen on television -- has anyone seen Schumer lately? Except when he cried over the Feinstein-Obama-Trump immigration plan. By the way, that immigration flap? It's old news. The protestors can't keep up.

Dodd-Frank to be eviscerated; banks will surge.

Berkeley burning. Old news. Now NYU out of control. This will help the optics, the prog narrative. 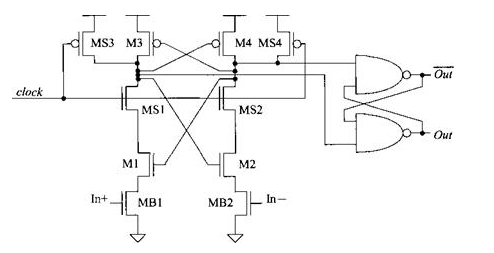 The Obama Timeline: "drawing a red line"
The Trump Timeline: "put on notice"

Another fake story? I'm waiting for The New York Times to wade in. Yesterday it was the "bacon shortage." Today it's the "severe vegetable shortage in Europe, depriving Europeans of spinach, broccoli." Why? Oh, it's global warming -- "European consumers have been plunged into crisis by a vegetable shortage caused by severe weather. I can't make this stuff up.

Here in Texas? Vegetables are in season: 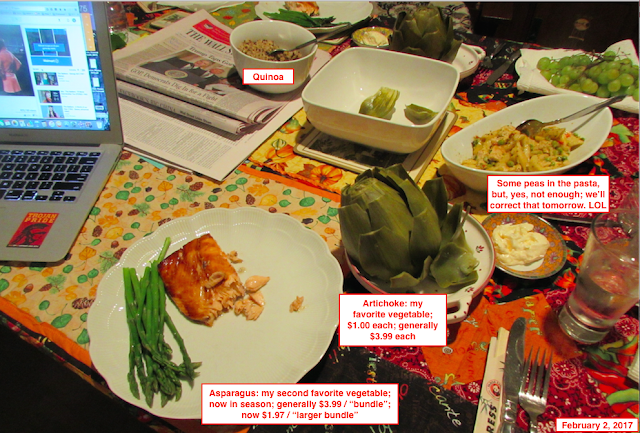 Jobs day: everyone watching for first monthly jobs report under President Trump. Forecast: economy will add 175,000 jobs; unemployment will remain unchanged at 4.7%. Some on Fox Business News think we could see a blow-out number of over 200,000, some even say 225,000. The whisper number is 230,000; now talking heads saying much higher numbers. Analyst says Houston oil jobs coming back faster than expected. Market is up 50 points in anticipation.

And the numbers are: 227,000. Unemployment rate ticks up to 4.8%. Labor force participation up. Hourly wage up 0.1%. Labor participation up to 62.9% -- first movement in some time.
Government jobs? Down 10,000.
Analysis: Trump deserves credit; enthusiasm under Trump. Market jumps; futures now up 84 points.  Fox News gives much credit to Trump; CNBC says it has nothing to do with Trump. Now CNBC says the "great moves (stock market, jobs) not due to Trump winning, due to Hillary losing." Wow, I'm glad I've moved to Fox News.

Jobs: Japan putting together package to bring 700,000 jobs to the US; putting finishing touches on a package that could create a $450-billion market. Finally mentioned on Fox Business "Morning With Maria" at 7:43 a.m. Central Time. Finally, Stu Varney, 7:52 a.m. Central Time excited about this news, but Maria and others change subject again. I guess everyone is waiting for Abe's package. But remember: when you see Abe's package, you heard about it here first.

WTI: just under $54 before jobs report.

OPEC crude oil cut: OPEC and Russia are "shielding Asia from supply cuts agreed in a landmark deal last year as they fight to protect their market share in Asia." Data points: 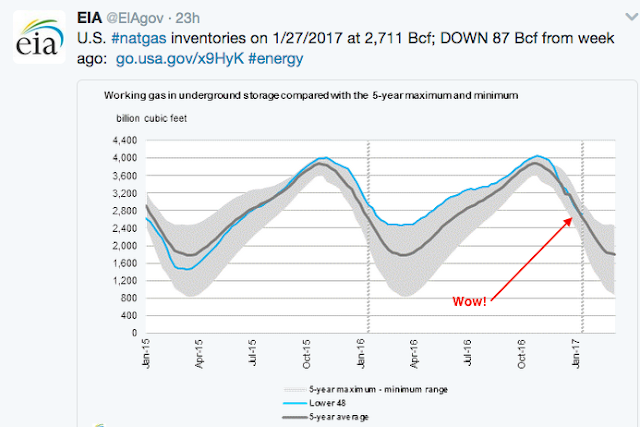 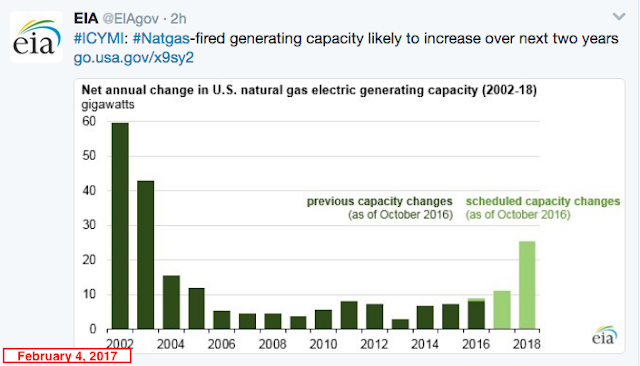 Another huge story today: Japan putting together a package to create 700,000 jobs in America; will use Japanese cash reserves to pay for infrastructure builds in the US. Makes one think: what's going on?

Some things to think about:

Scott Adams: President Trump and the other countries.

Active rigs? Staying alive. At 40 rigs, near what it was last year:


Stayin' Alive, Bee Gees
Posted by Bruce Oksol at 7:08 AM No comments: