Sounds like everyone involved did a great job responding to this emergency -- a well fire in McKenzie County, Tobacco Garden area. From myndnow:

The McKenzie County Sheriff's office was notified of an oil well fire northwest of the Tobacco Gardens Resort.

Keen Fire Department, McKenzie County Ambulance, and the Sheriff's office all responded to the scene.

The oil pad well had about 27 tank batteries, 16 crude oil tanks, and 10 water tanks on location.

Approximately 50 barrels of crude oil was in one tank at the time of the fire and was contained inside the dike of the well pad.

It was reported the well site was not producing oil at the time and was shut down earlier in the day due to work needing to be be done on location.

Workers were on the location at the time the fire started, but no injuries were reported.

Wow -- that last line was the most important: no injuries were reported.
Posted by Bruce Oksol at 7:58 PM No comments:

Contributor At Seeking Alpha Suggests Oasis Was The Seller In The Whiting "Bolt-On" Acquisition -- August 18, 2018

At the sidebar at the right, "Deals in the Bakken," about one-third of the way down, the most recent deal posted was the "Whiting bolt-on": 55,000 acres for $130 million.

Today, Don found an article completing the story. Apparently Oasis was the seller. Over at SeekingAlpha:
I would not have guessed. I did not think Oasis owned that much acreage in this area. 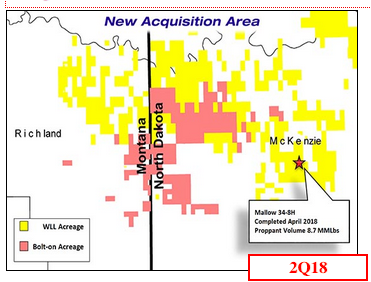 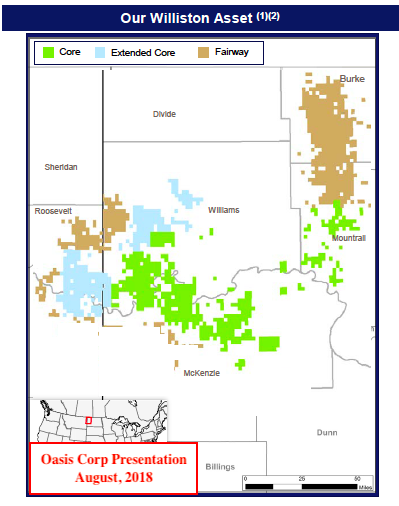