WKRP in Cincinnati, "The Consultant":

Weeknd, "Save Your Tears":

But a lot of folks are really going to start "hurting" with $4.00 gasoline across the country and trending toward $5.00 / gallon in some metropolitan areas on the east coast and west coast.

Every time one fills up with gasoline, or every time one simply drives past a station and sees the prices they must be reminded of who is in the White House and that resident's attitude toward the oil companies and the pipeline companies.

It's amazing to think we went from $1.79-gasoline to $3.79 gasoline in less than a year. I wonder how that happened?

I don't think it's going to be a pretty picture for any incumbent next autumn if the price of gasoline remains unchanged, or worse, trends higher. 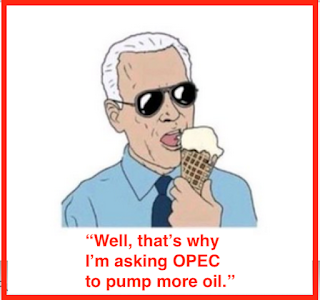 Utility bills: this, the high price of gasoline, of course, comes on top of high utility bills we will see this winter. I think the "betting" is that utility bills, in general, will be upwards of thirty percent higher than they were last year, regardless of the severity of the winter.

I don't notice any of that when I'm home in north Texas. I get around almost everywhere on bicycle and my utility costs will be quite minimal in the big scheme of things, But it's very noticeable when I'm visiting my grandsons in Portland, OR. Lots of traffic, and gasoline is trending toward $4.00 / gallon, and, in general, the cars look older and in worse condition than what I'm used to in north Texas. The folks in these older, battered cars don't look like the kind of folks that can handle $4.00 gasoline for very long.

On a more positive note, I just love Hulu. Here I am, well away from home, and I can tune into Hulu and watch the Thursday night NFL football game. Before Hulu, I couldn't receive Thursday night football -- "owned" by some network to which I did not subscribe.

Earlier today, we had brisket, and pulled pork, and barbecued chicken -- on a residential street less than a city block from where we live, a gentleman has a huge smoker and Thursday through Sunday has the smoker going and sells barbecue. Amazing. And excellent.

RBN Energy has also addressed the storage issue at Cushing recently, but it raises the question: if Cushing's stocks are so low, a) why is WTI still only at $82 (went down today); and, b) why is number of days of crude oil in US storage still at a relative robust 28 days?

Where is all that oil? 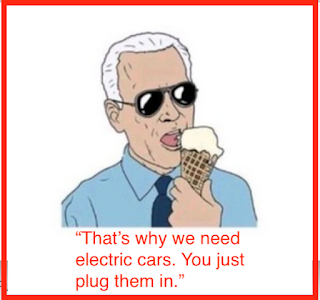 By the way, at the other end of the spectrum, apparently the bottom has fallen out of western heavy Canadian oil -- no one wants heavy, sour (high sulfur) oil. Even as the WTI-Brent spread narrows, the WTI-western Canadian oil spread is about as wide as it's been in a very long time.

So, folks prefer WTI and Cushing is run out of WTI. Pretty amazing.

Posted by Bruce Oksol at 8:14 PM No comments:

But as the numbers come in and more information is released, a completely different picture.

Revenue: a lot was being made of missed revenue forecast, but spend some time on this graph: 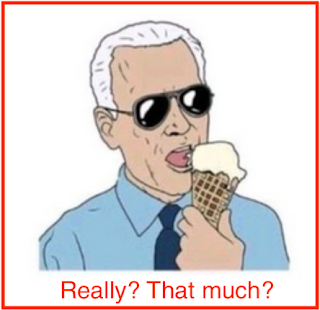 Southern surge: separated families will get up to $500,000 in reparations. What a great country.

Covid-19: holy mackerel. It's only a two-day snapshot, but it appears number of vaccines given per day is surging by almost 50%. Of course, a lot of these will be boosters, and a lot more to those who prefer not to lose their jobs over mandates.

ISO NE: $85, with spikes throughout the day. Link here. For the most recent quarter:
lower natural gas volumes

Posted by Bruce Oksol at 4:40 PM No comments:

442: Confusingly, the 442 (pronounced "four four two") did not have a 442-cubic-inch engine. Instead, the numerals indicated that the car had a four-barrel carburetor (atop a 330-cubic-inch V-8), a four-speed manual, and dual exhausts.

Posted by Bruce Oksol at 4:24 PM No comments:

NASDAQ and S&P 500 both close at record highs.

F: jumps 8% based on strong earnings.

Amazon misses. Someone is going to get fired. "

Amazon badly misses on earnings and revenue, gives disappointing fourth-quarter guidance." Link here. Weakness on line surprised me but it suggests that vaccinated folks moving back to the malls and other brick-and-mortar stores.

UNP: up almost $3.00 during normal trading hours, but then gave almost of it back after hours.

US Supreme Court: gives "okay" for Oklahoma to go ahead with capital punishment.

Devil's advocate: I'm beginning to think all the prognostications that "we" desperately need more oil and more natural gas production is a very, very false narrative.

Cash! Shell (RDS) has recorded the highest ever cash flow from operations.

OPEC: no longer the swing producer. Sees tighter 4Q21 oil market ... hey, aren't we already in the fourth quarter, and the definition of "swing producer" is 30/90.

Tesla: is anyone paying attention. From today:

Even after Tesla raised its prices this past weekend, the automaker’s Model 3 four-door sedan still costs $45,190, roughly comparable with competitors like 2021 Nissan Leaf and the 2022 Chevrolet Bolt EUV. Tesla’s Model Y car, a crossover SUV, now costs $58,190 — similar in price to a 2021 Ford Mustang Mach-E SUV.

Comment: the writer is low-balling the Tesla -- saying that Musk's bold prediction thirteen years was right, but having said that, the writer suggests that the Tesla is in the same ballpark as the Chevy Bolt. Bolt. Tesla. Bolt. Tesla. Decisions, decisions. And even worse: Nissan Leaf. Tesla. Nissan Leaf. Tesla. Decisions, decisions. 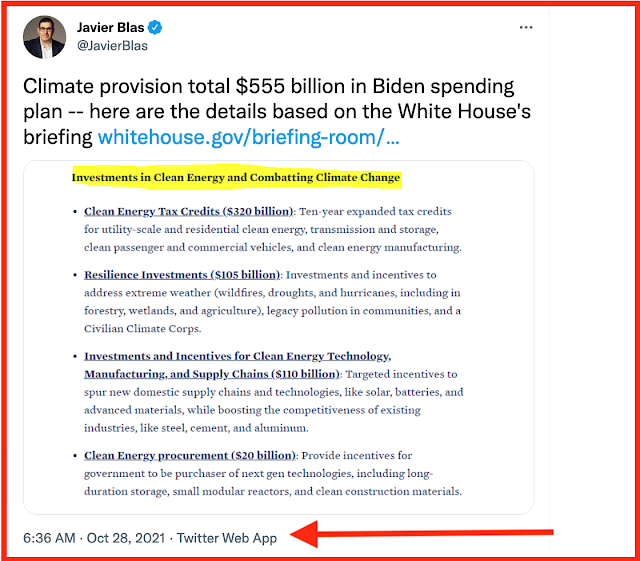 When I visit the twins I stay in the family's guest bedroom. The twins, Levi and Judah, nineteen months old, know that they are not to come into the bedroom under any circumstances. That's their dad's rule. I don't care one way or the other.

This morning, I was curious what they would do if given the opportunity.

Notice that Levi knows exactly where the line is. He puts his big toe right on the line and points to the line.

But just before putting his toe on the line, he takes one last look down the hallway toward the bedroom where his dad and mom sleeps, and then a shorter glance toward the living room to make sure the coast is clear.

He then turns his foot sideways to parallel the line to see if I notice or if the edge is safe enough to bear his weight.

Meanwhile, his brother Judah, in the background, eggs him on.

Finally, he crosses the line, but note the very tiny, cautious baby steps -- he wants to make sure he won't fall off the edge of the earth into the great unknown abyss.

Whiting Will Report Two Wells Today, Including One In The Prolific Sanish -- October 28, 2021

China: ramping up coal imports from Russia, not Australia. CNBC.

US equity markets: it appears more records will be set today; selected tickers:

The recently announced acquisition of Questar Pipeline LLC by Southwest Gas has stirred up a hornet’s nest. Southwest sees it as a milestone moment that will allow it an increased role in the energy transition, but activist investor Carl Icahn sees it as a serious blunder that would make all previous management missteps pale in comparison. As Dave Mason sang in “We Just Disagree,” a dispute over value is at the heart of the matter, one which has led to a proxy fight, a tender offer for Southwest Gas, and a lot of harsh words. In today’s RBN blog, we take a closer look at Questar’s natural gas pipelines and other assets, the roles they play in relation to the Rockies’ other pipelines, and how it all factors into Questar’s perceived value.

As we noted recently in We Just Disagree, Part 1, the planned acquisition of Questar Pipeline LLC by Southwest Gas has brought with it a lot of conflict. The story began with Dominion Energy’s decision to sell a broad set of its gas transmission and storage assets to Warren Buffett’s Berkshire Hathaway Energy for $9.7 billion in July 2020, but it turned more complicated when Dominion and Berkshire decided to terminate the Questar part of the sale in July 2021 over lingering concerns it would be held up by the Federal Trade Commission.

That put Questar back on the market, and Southwest Gas quickly moved in, announcing a deal for Questar on October 5. The price tag — $1.975 billion, which included the assumption of $430 million in debt — brought with it a lot of attention, and questions. For starters, it’s significantly more than the $1.3 billion that Berkshire had committed to pay for the same assets a year earlier. But the price tag did more than just raise a few skeptics’ eyebrows — it got Icahn involved as well. On October 4, as reports of the planned Southwest Gas-Dominion deal for Questar came to light, Icahn revealed that he held a 4.9% stake in Southwest and would fight to block the transaction. The price tag was one of the primary objections he raised in a letter to investors.