EDAM, Saskatchewan—In a muddy field where rows of canola stood just three months ago, a miniature oil-sands plant is rapidly being assembled by a small crew of workers.

What is unusual about this project is the speed with which it is being built—in a matter of months—and its compact, football field-size. Oil-sands sites typically take years to build and require hundreds or thousands of acres of land. At a time when slumping crude-oil prices have shelved most new oil-sands projects in neighboring Alberta and halted drilling for all but the most productive shale-oil wells in the Bakken formation on both sides of the border, pint-size sites are proliferating in Saskatchewan’s oil patch.

About a mile away from the construction site, down a rural highway in western Saskatchewan, three other similarly sized heavy-oil projects are rising on a landscape filled with cattle pastures and duck ponds.

The miniboom along Highway 26 is upending the long-standing logic that this type of extraction needs to maximize economies of scale to provide the best return on capital.

While Saskatchewan’s oil reserves are a fraction of those in neighboring Alberta, companies developing small-scale sites in the province say they are profitable, even with crude prices at six-year lows. That is due to advances in modular construction, ample rail and pipeline takeaway capacity and an attractive regulatory environment.

Typical steam-powered oil-sands plants produce from 30,000 to 100,000 barrels a day, but smaller-scale thermal heavy oil facilities produce as few as 2,000 barrels a day. Both use a technology called steam-assisted gravity drainage, or SAGD, to tap subterranean deposits of molasses-like crude oil. Smaller operations benefit from lower construction and operating costs, faster production ramp-ups and higher prices for their crude than traditional supersize oil-sands projects. That means they can make money below the roughly $65 a barrel needed for most new larger-scale projects to break even.

“Oil at $40 a barrel doesn’t scare us the way it scares oil-sands producers,” said Chad Harris, the founder and chief executive of startup firm Serafina Energy Ltd., which expects to produce 6,000 barrels a day starting in the first half of next year at its roughly 180 million-Canadian-dollar (US$134 million) plant in Edam. That facility is to be the first of several small SAGD plants that Serafina, funded by U.S. and Canadian private-equity investors, plans to own and operate.

The numbers are quite amazing. It's too bad we can't bring this oil into the US via the Keystone XL; it's exactly the kind of oil the US refineries along the Gulf Coast need.
Posted by Bruce Oksol at 12:38 PM No comments:

Another well has been added to the "Monster Well" list:

The Dickinson Press reports.
It could be worse: they could be considering a solar farm.

If approved, this will help bring ND into compliance with President Obama's Clean Power Act. This would also have huge advantages for the ND oil and gas industry.

If approved, I suppose this is the final nail in the "buffalo commons" coffin.

First, the note about the elementary school field trip to local college:

The elementary students were excited to walk around the campus and see areas, such as the library, science lab, and study center. A few comments from students included:

"Look! It's a giant building full of books."
"It's a vending machine where you can buy school supplies. I want one of those!"
"I'm so going to school here one day!" (Heritage ES Principal Stacey Voigt's favorite comment of the day.)

The second note regarding academic achievement at the district's two high schools:


In a side-by-side comparison of scores on college entrance scores, AP exam results, graduation rates and other data, GCISD's two traditional high schools easily outpace average scores from around the state, while posting nearly identical numbers to one another.

Each school currently has 10 National Merit Semifinalists. Grapevine High has 28 National Merit commended students and Colleyville Heritage High has 27. Both schools average in the 1,600's for combined SAT scores.

The schools posted comparable ACT composite scores, with GHS averaging 25.1 and CHHS at 24.6, both well above the 20.9 statewide average. Across the board, CHHS and GHS easily outpace the average statewide end of course scores with very comparable numbers from each campus.

Based on reports coming out of the Mideast yesterday that Russian submarine-launched cruise missiles hit Iran rather than Syria, I had to look at the map again: 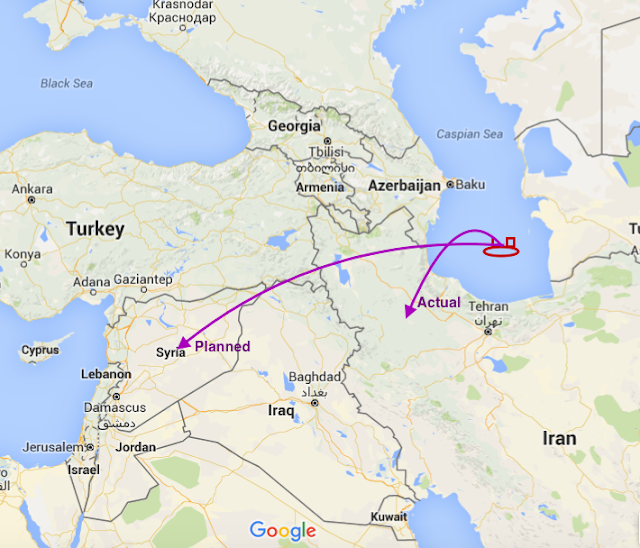 I guess that's why folks want nuclear weapons -- accuracy not quite as important.

Note: the submarine is not drawn to scale, nor is the actual location known for sure. For illustrative purposes only. Do not make any invasion or defensive plans based on this graphic. If this is important to you, go to the source: wikileaks or Hillary's back-up server(s). SecState Kerry might also have a copy, but his would have a picture of a yacht instead of a submarine.
Posted by Bruce Oksol at 9:49 AM No comments:

Note how the oil companies tie their pads together to minimize pipelines (this screen shot was taken from the file report for #29101; #29101 would be on the pad to the west [far left]): 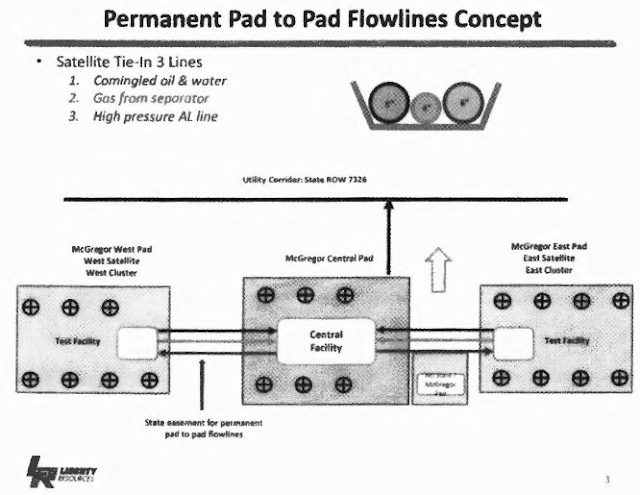 By the way, did you see this vertical well in that screen shot at the top:

Goldman Sachs continues to advise that the price of oil is likely to fall as low as $20/bbl. Recently GS said that the current rally in the price of crude oil will be short-lived. Be that as it may, what do you think has driven the recent rally?
See poll at sidebar.

By the way, from Jack Kemp: oil prices strengthen, shrug off GS's comments.  Oil & Gas Journal suggests it is due to Russian involvement in Syria.

Don sent me this link to another great American energy story:


It will be the sixth new gas-fired power plant being built in Ohio and it is being developed because of plentiful natural gas from the Utica Shale.


At least six gas-fired power plants are being built or on the drawing boards in Ohio.

All are being built by independent power companies. They hope to capitalize on Ohio's plentiful and cheap shale gas, on the decision by companies like FirstEnergy to close old coal-burning power plants rather than upgrade them or replace them with natural gas plants, and on proposed federal rules requiring power companies to cut their carbon dioxide emissions.

The latest gas project to make the news is in shale gas-rich Carroll County, where a Swiss power plant builder has begun grading parts of a 77-acre parcel about 2 miles outside of the county seat Carrollton. Carroll County Energy's 750-megawatt gas-fired power plant will have the capacity to generate enough electricity to power about 750,000 homes, on average.


Ohio regulators recently told state lawmakers that they expect 4,300 megawatts of electricity to flow from new gas-fired power plants by 2019, most of it from plants owned by independent power companies.

Advanced Power has chosen the internationally ranked heavy construction company Bechtel to build the Carrollton plant. About 700 temporary jobs will be created. The company expects to be generating and selling electricity by December 2017.


Health and environmental concerns related to the high sulfur content of residual fuel oil (RFO) have led to new policies and regulations that have significantly lowered expectations for future RFO use globally. As the demand for RFO declines, the need for the refining upgrades to convert residual material to lighter, cleaner products will increase. --- EIA

An opportunity for American refiners.
Posted by Bruce Oksol at 8:30 AM No comments:


The CME/NYMEX Henry Hub natural gas futures price averaged $2.64/MMBtu in September, the lowest level for any September since 2001, and it continues to hover at a similar low for October so far. Rig counts are down nearly 60% since December 2014. The market is on high alert for the first sign of production declines that might encourage higher prices – believing this to be a matter of sooner or later. Yet natural gas production has been hitting all-time records. Today we look at monthly natural gas production data from the Energy Information Administration (EIA).

Last week  we outlined reports from the EIA tracking crude oil production. Each of these reports provides value in terms of market data but do not provide a clear, unambiguous picture of what is happening to supply. Rather we use the data in combination to fill the knowledge gaps, taking care to understand the methodology and risks associated with each dataset. We found that lagged wellhead production data from each state presented a risk to EIA estimates of crude volumes that the agency is now overcoming with direct surveys of producers. We have also noted the increasingly indirect relationship between production and drilling activity that is blurred by productivity improvements as well as the number of wells that are drilled but not completed, and the wells previously drilled that are now being completed. Today we'll look at comparative EIA data for natural gas production.

Yesterday, this graphic popped up a couple of times -- 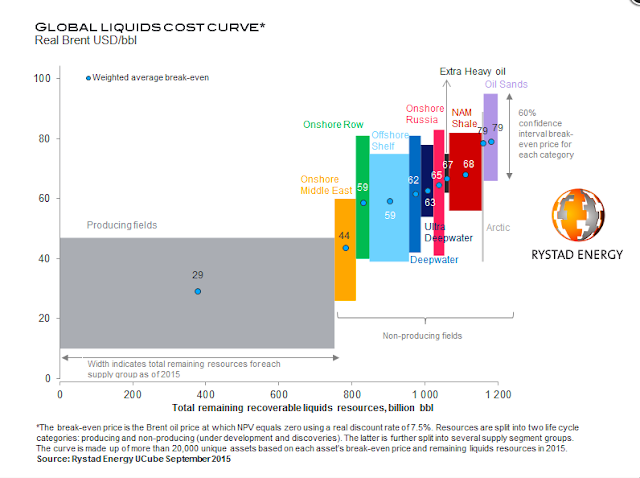 
SecState John Kerry and his Iranian counterpart did not win the Nobel Peace Prize for their success in bringing peace to the region.

This is a tough one. I read a lot but I prefer not to read "new" fiction. There is so little time and so many great books that need to be read, I am afraid of wasting time on a book that is not worth the effort.

There is a new book that has received much promotion, City on Fire by Garth Risk Hallberg. It's a detective story, of sorts, I guess, that takes place in NYC in the 1970's -- with the climax of the novel taking place on July 13, 1977, the date of "the blackout."

The book sounds very, very interesting, but early reviews by "everyday" people who got advance copies all said the same thing: way too long. Most of those who started the book did not complete the book. The book is 944 pages long. One individual had read 600 pages, and was not sure if she/he could read another 200 pages and still have 150 pages left to read.

There is a great review of the book in this week's issue of The New Yorker.


Hallberg is also a romantic about the nineteen-seventies. That may seem a strange species of nostalgia. The decade between 1972 and 1982 was the worst extended economic period since the nineteen-thirties.

There were two oil crises, the first in 1973, when the price of a barrel nearly quadrupled, and the second in 1978 - 79, when it tripled. The stock market crashed in grim slow motion. Between 1972  and 1974, the Dow Jones Industrial Average lost almost half its value, and the market di dnot get back to 1972 levels until 1982.

In 1975, unemployment jumped to 8.5 percent. The inflation rate exceeded ten percent. By late 1980, the year Ronald Reagan was elected President, the prime rate was twenty per cent.

When folks tell me today's economy is doing poorly, I generally reply, "compared to what?"
Posted by Bruce Oksol at 7:43 AM No comments: