Okay, this is really, really cool.

I just got back from five days in the Bakken. I drove up from Grapevine, TX, to Williston, ND, last week, leaving on a Tuesday morning and arriving there Wednesday evening, exactly 1,400 miles.

I arrived in Grand Island, NE, at 23:45 p.m. Central Time (in fact all times will be reported in Central Time), on Tuesday night, September 20, and then drove a bit farther east, sleeping under the stars in/near Thetford, NE, near Broken Bow, NE. I woke up about 5:15 a.m. and pressed on.  (Shortly after getting to sleep, a very, very nice Nebraska state trooper stopped by and asked if I was doing okay. I was and he suggested a better location for sleeping under the stars -- he thought my location between the railroad tracks and the highway was a bit dangerous. He was not worried about trains de-railing; he was concerned about all the cattle trucks that were on the road in the middle of the night. And there were a lot; it must be easier to haul cattle during the night than during the day. I don't know.)

It was an incredible trip and over the next few days I will post some photo-essays on the trip. Our younger daughter, Laura, Amtrak'd in from Portland, Oregon, and spent four days with me in the Bakken.

Main Street, Williston, is quite incredible. I had trouble finding a parking spot on Main Street and the side streets immediately off Main Street on Sunday when Laura and I window-shopped. A few stores were open. We went back during the week and stopped at many downtown stores. Lots of fun.

High on the list was the organic grocery store, Fresh Palate, on the 2nd floor of the building that also has the pharmacy across from JC Penney. That building has many boutique stores and a very interesting, high-end Italian restaurant open only for dinner. There were signs that they would soon be serving lunch.

It should be noted -- and I had forgotten this -- that in that part of the world, the main meal is at noon and is called dinner. The evening meal is called supper. It's been so long since I last lived there that I had forgotten. For me, it's breakfast, lunch, and dinner, in that order. Or break, mid-morning snack, lunch, later afternoon Scotch and herring, dinner, and then several dessert options before going to bed.

At Fresh Palate, I noted North Dakota honey offered by Northern Lights, aka Vanessa Huelsman. I have never met her but Chuck Wilder at Books on Broadway knew her. Ms Huelsman had just dropped off a new batch of honey that morning -- the bottles of honey I got could not have been more fresh. Chuck says Ms Huelsman / Northern Lights has corporate headquarters in Wildrose, ND.

Regular readers know that North Dakota is ranked #1 in honey production. In the back country north and west of Tioga we saw a lot of bee hives -- I assume many (most?) of them belonged to Ms Huelsman.

Both Northern Lights and Fresh Palate have a facebook page, and they both have other sites to visit if googled.

I had toast and honey with Drambuie (Scotch and honey) as soon as I got back home to Grapevine (yesterday afternoon, at exactly 2:00 p.m.). 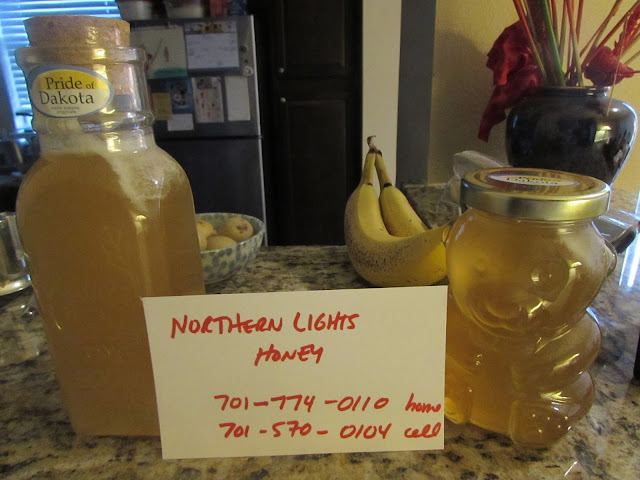 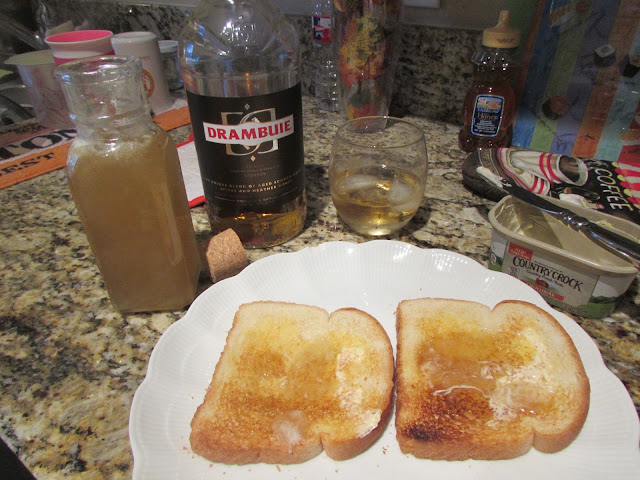 Posted by Bruce Oksol at 1:02 PM No comments:

Link here. This is the fourth major bypass I am aware of -- Williston, Watford City, Alexander, and, now, Killdeer.

From the linked article: the state has invested a total of $420 million on construction of truck routes around the four cities noted above and also New Town and Dickinson.

US evacuates family members from Gitmo. This category 4 hurricane is likely to hit Gitmo directly. One wonders if this will be the event that permanently closes the prison. There would be a precedent: the volcanic eruption some decades ago that closed our US air base in the Philippines.

Reminder: track this hurricane at winds.

I assume the "big" story this week was the "OPEC - Saudi agreement" to freeze production. Personally, I don't see anything changing for quite some time. It was also reported that Saudi Arabia "injected" $5.3 billion into banking system to "stabilize crunch."

Fracking
RockPile gets bought out, expands

October 2, 2016: oil is threatening $50, and may already be targeting $60 or above -- CNBC. It's a typically "crappy" CNBC story. The talking head says the "deal" represents a "real cut." Anyone paying attention knows a) there is no "deal"; and, b) there is no cut. In fact, the rhetoric would allow a slight increase -- and that comes on record production by Saudi Arabia the past two years. If the price of oil rises, it will come because of "emotional" investing, not investing based on fundamentals of supply and demand.

John Kemp has a nice analysis of the "OPEC freeze" at this link. Some data points:
The only "thing" that comes out of the hastily-called meeting was the fact that Saudi Arabia showed some flexibility and was willing to talk.

Actually, the only other "thing" that came out of this hastily-called meeting was an admission, though not explicitly stated, that Saudi had made a trillion-dollar mistake, is in deep trouble, and has now admitted as much.

Back in late 2014, when the price of oil dropped precipitously nothing had changed. There was no change in the fundamentals of supply and demand to result in a drop in prices to the extent we saw. It was simply a policy statement by the now-gone Saudi Minister of Energy that Saudi Arabia would no longer be bound by quotas. Saudi made that decision, supposedly, to protect its own market share. Others suggest Saudi Arabia was trying to "break" US shale.

Saudi's trillion-dollar mistake:
I have always said that whether oil is priced at $40 or $60, it won't make much difference for Saudi Arabia. From the article:


Prince Mohammed indicated earlier this year it did no matter for the kingdom whether oil prices were $30 or $70 per barrel. But in recent months officials have indicated they believe prices are unsustainably low and want them to rise.

This is John Kemp's bottom line:


The Saudis probably calculate that an increase in prices to $50-60 per barrel would bring useful extra revenue without stimulating too much extra shale production.

Saudi Arabia bases its budget on $100-oil and has done that for years. Ninety percent of Saudi's revenue comes from oil. One can safely say that $80-oil will result in Saudi Arabia coming up 20% short in their budget, year-after-year. And folks are only talking about $50-, maybe $60-oil at best.
Posted by Bruce Oksol at 9:54 AM No comments:

Later, 10:35 a.m. Central Time: from a reader (thank you); an article from over a year ago: Union Pacific first railroad to haul LNG.


Original Post
I'll come back to this later, but I'm curious if anyone knows whether "they" are shipping LNG out of the Bakken by rail. The reason I'm asking:


On Thursday, a couple of days ago, a reader noted an east-bound freight train rolling through Fargo with LNG cars among the various other freight cars. The reader was wondering whether the LNG was coming out of the Bakken or elsewhere.

The only two locations I can imagine would be the Niobrara (northeastern Colorado/southeastern Wyoming) or Canada.

A google search certainly suggests this is LNG from the Bakken but I could find no specific sources.

This press release from 2014 suggested that it might be LNG by rail from the Bakken but not specifically stated.

A reminder: the first time I used the LNGBR tag was with this story.
Posted by Bruce Oksol at 9:36 AM No comments: