The story was first linked at The Prairie Blog. I then posted a follow-up blog which linked the original post. At the time, I really didn't think the story would have much national exposure. Wow, was I wrong. It just tells me how much political clout the farm states have. Today, this story in The WSJ: USDA, senators vow to change farmer cooperative tax provision.


Added days before the tax bill was signed, the wording gives farmers who sell grain to cooperatives an unintended advantage.

The National Council of Farmer Cooperatives and the National Grain and Feed Association, which has members with both business structures, are working to revise the provision with Sens. John Hoeven (R., N.D.) and John Thune (R., S.D.), who originally backed it.

“A technical change needs to happen and everybody’s working hard to make sure that change can happen as quickly as possible,” he said.

At the original post I suggested that this "problem" could easily be solved, and there they say it's just a matter of making a technical change.

Maybe that's all that's required with regard to the mortgage interest deduction to make the law "fair" between red states and blue states: a technical change. LOL.
Posted by Bruce Oksol at 4:56 PM No comments:

US economy, why is the market surging, sixteen reasons:


Disclaimer: this is not an investment site. Do not make any investment, financial, travel, job, or relationship decisions based on anything you read here or think you may have read here.


The National Transportation Safety Board has released its final accident report and safety recommendations nearly three years after a fiery oil tanker train crash in north-central North Dakota that spilled 96,400 gallons of crude oil in the area.

The accident on May 6, 2015, one mile east of the small community of Heimdal, was caused by a broken wheel that led to the derailment of six of the 107 loaded tank cars on the Burlington Northern Santa Fe train, said the board in a release on Thursday, January 11, 2018.

Coming up on three years to sort this out? Life-time employment security for these investigators. My hunch is that the operator of the train knew within 24 hours what happened.
Posted by Bruce Oksol at 11:15 AM No comments:


If I remember, I will check on this well monthly for the next few months. 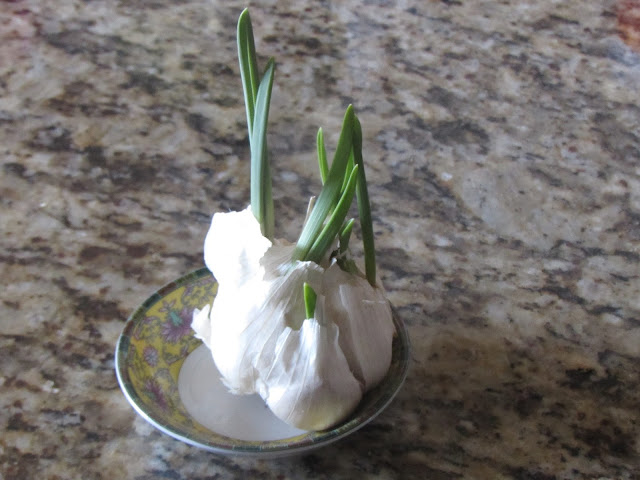 Comment: we talked about this back in 2008 - 2012 the importance of all these early wells even if they initially appeared "uneconomical."  This was just one of several reasons why these lower-producing wells back in the early days of the boom were (and, are) so important.

From the Williston  Wire.

Employee-owned: AE2S; 280+ employees across six states; employee-owned  as of the new year

I was worried about the "winter storm" that was to hit our area last night. It turned out to be a non-story. The temperature plummeted from 60 to 20 in the past 24 hours, but there was no significant wind and no precipitation. None. Nada. Nil. Although our oldest granddaughter says there was some snow yesterday. If so, I didn't see it. Radar suggested there was snow to the east of us last night.

So, this morning, a beautiful, beautiful morning -- brisk but beautiful.

Link here.
Posted by Bruce Oksol at 7:37 AM No comments:

Daimler: nothing to do with earnings but came out during earnings season -- but announced today -- huge Chinese automobile company bought 10% of Daimler for $9 billion.

GE is not going to spin off Baker Hughes any time soon: can you think of a more bullish energy signal? I cannot. GE is up nicely today.

CLR beats Street as production surges: memo to self, call the naysayers. CLR expects stronger performance in 2018. But look at this: 4Q17 net income of $2.25/share vs 7 cents/share one year ago. Earnings 41 cents vs 32 cents forecast. Wow.

Chesapeake Energy back to profit as production, prices rise. 33 cents/share vs 30 cents/share forecast. But look at this: revenue jumped 25 percent to $2.5 billion. Analysts had only expected revneues of $1.23 billion. Wow.

AAPL: beats by 3 cents. Revenue beats; a little over $88 billion in revenue. Investors not impressed; shares down in after hours. It will be interesting to see what shares do when the dividend increase is announced. See my note here: From the weekend print edition of the WSJ, Saturday, January 20 - 21, 2018, doing the math, analysts suggest that AAPL will declare a special dividend of $2.35/share once the repatriation dust settles. In addition, the analyst suggests Apple will target $71 billion in share buybacks, and increase the dividend by $1.00/share over two years. The current dividend is $2.52. I can't post the electronic link because I'm reading this in the print edition. But I'm sure the story is easy to find for those interested.

CVX: boosts quarterly dividend for first time since late 2016.  The company had expected to raise the dividend 3 cents to $1.11 but surprised everyone and raised the dividend to $1.12.

COP: meets forecasts. Income of $1.58 billion vs a loss the same quarter one year ago. EPS of 45 cents were right in line. Press release: ConocoPhillips reports fourth-quarter and full-year 2017 results; increases quarterly dividend by 7.5 percent and planned 2018 share repurchases to $2 billion; announces preliminary 2017 year-end reserves and bolt-on transaction in Alaska.

T: booked a $20 billion paper gain from federal tax overhaul; will gain about $3 billion in extra cash this year. At The Wall Street Journal. Shares up 3%.

GE: shares are plummeting; epic selloff. Went below $16. One shark said his target is $13.  One wonders how much Jack Welch contributed to this? Did he inflate his company with earnings reports that were not decipherable?

HAL:
SLB: results better than analyst views; EPS soared 63% to 44 cents with revenue up 14% to $8.12 billion; book a billion-dollar charge on a Venezuelan investment; and signed an MOU with Occidental Petroleum for a 5-year service project in New Mexico's Delaware basin for 700 wells

KMI: 4Q17 loss compared to profit same period one year ago; after adjustment, earnings were positive, at 21 cents, beating consensus of 18 cents; KMI shares rose very, very slightly on a huge day for the Dow

Bank of America: takes $2.9 billion charge, but adjusted results came in above expectations


After a disappointing year for drillers, Norwegian authorities are reviewing their hopes for the Nordic country’s hottest exploration area.


“In the part of the Barents Sea that’s currently open, you’ve sort of tried the elephants -- the big opportunities,” Bente Nyland, the head of the Norwegian Petroleum Directorate, said in an interview. “You’re now down to the next generation in size.”

That means the industry regulator would be happy with any discovery of about 500 million barrels of oil, she said. That’s a far cry from the multibillion barrel deposits discovered in the North Sea, which have helped Norway become one of the world’s richest countries over the past decades.

Later, 10:45 p.m. CT: market now up more than 202 points. Most interesting, CNBC seems to be spending more mid-day reporting on political events than the huge news the stock market is making.

Later, 9:36 p.m. CT: market is up 175 points in early trading. And CNBC is back to trying to talk the market down. Quite amazing. The talking head, a former Federal reserve member, again brings up the "synchronized global economy," and took forever to get to the Trump tax bill -- which he did not mention by name.


No matter which theory of flattening you subscribe to, the world’s biggest bond market is sending a signal that traders can’t ignore. The longer the trend continues, the more likely its effects could spread to bank earnings and the real economy, while at the same time it would limit the Fed’s ability to respond when these risks emerge.

Today, with the Dow up almost 200 points (after a 205-point surge yesterday after 70+ Dow records this past year, absolutely no mention of the flattening yield curve. In fact, bank earnings coming in today are quite good.

Treasury yields, most recent:
One year ago: 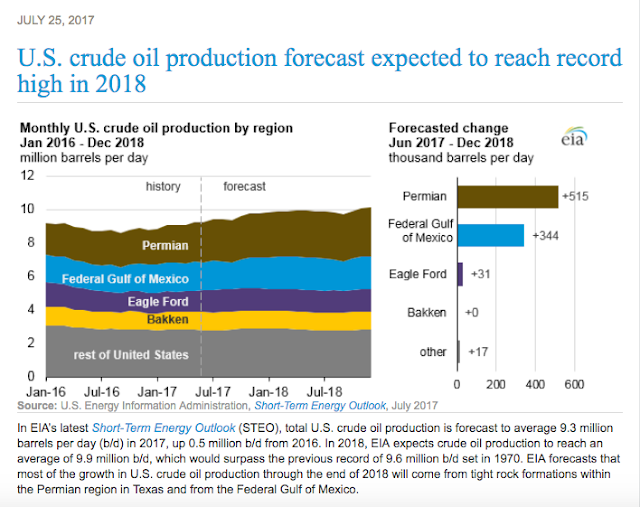 Dow futures: up 110 points after a 205-point gain yesterday after 70+ Dow records set in the past year. Even Jim Cramer says he was surprised by some of the gains yesterday, singling out CVX as just one example.

Waterboarding: "... the waterboarding of the American economy ended on November 8,2016." -- Joe Kernen, CNBC.

Tedious: I guess we got the answer to the question that CNBC talking heads asked ad nauseum whether the stock market had "baked in" the tax bill before it was even passed. Clearly, the stock market had not "baked in" the tax bill before it was passed. Interestingly enough, even after the bill passed, it took several weeks for investors to understand what really happened, at least based on the market yesterday and what futures are showing today. What caused the 205-point Dow surge yesterday and Dow futures suggesting another 3-digit gain today? Two things:
Blog: why I love to blog. Yesterday I noted that the Fiat Chrysler announcement meant that de facto NAFTA was dead. In an early morning interview on CNBC earlier this morning Joe Kernen said the same thing: regardless of what actually happens "officially" with NAFTA, the Fiat Chrysler suggests that NAFTA is dead.

GM: will debut self-driving car without steering wheel in San Francisco in 2019. It certainly seems GM has leap-frogged Tesla. Tesla is concentrating on EVs while GM and others have moved well beyond EVs. In fact, the Tesla Model S looks absolutely "ancient" when compared to the graphic below. Wow, technology is moving quickly. Reuters link here. 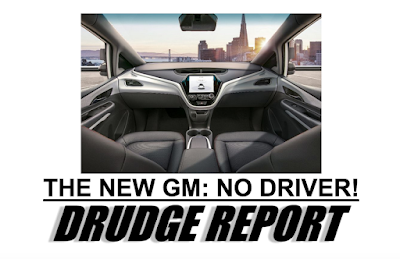 Heidi: when it comes to infrastructure spending, it sounds like Heidi has no concern with deficit spending. She loves fracking, hydrocarbons, crude oil, economic growth -- Joe Kernen says she sounds like a Republican.

Next forecast: to be released today.