The average for the previous eleven months this year: 871,000 bopd.

December (most recent month for which data is posted): 842,000 bopd

A lot of talk about how much Saudi Arabian exports to US have declined, but in the big scheme of things, not that remarkable so far. Also, the US needs heavy oil which they used to get from Venezuela; Saudi Arabia is said to be taking advantage of the loss of Venezuela heavy oil, but again, so far, not particularly remarkable. 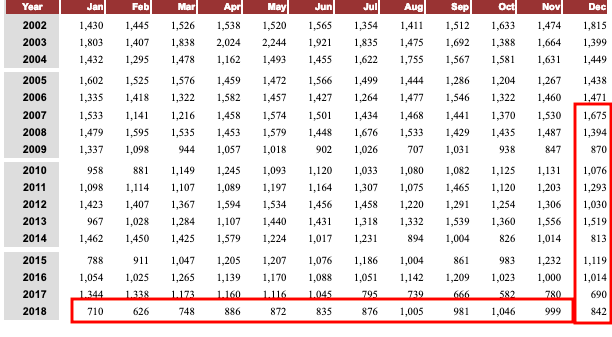 Email ThisBlogThis!Share to TwitterShare to FacebookShare to Pinterest
Labels: Saudi_US_Imports


BP will join a limited group of major fuel wholesalers that are importing gasoline and diesel to Mexico later this year, the company announced Tuesday.

In the second quarter, BP will begin trucking 15,000 b/d of gasoline and diesel from Texas and later rail it into northern, central and western Mexico by the second half of 2019, the company said in a statement. 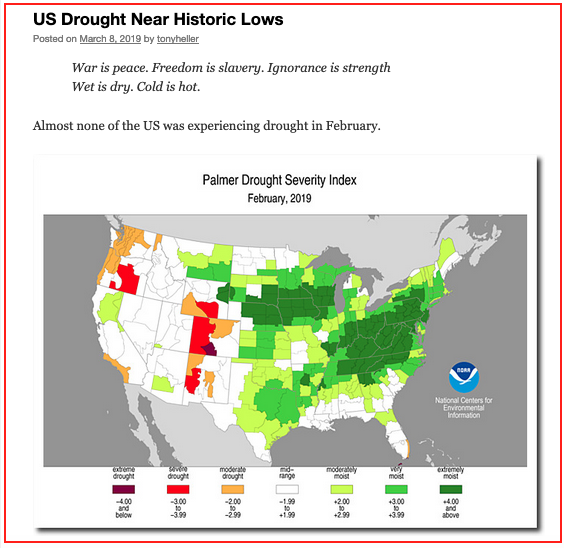 I don't know. Is drought "weather" or "climate"?

Anyone remember the "dust bowl?" 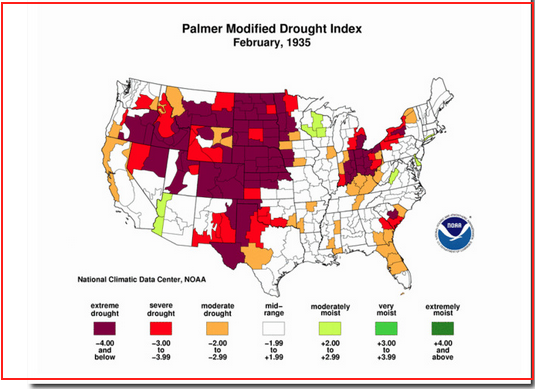 As "bad" as things are, I think we've seen worse.

During my multiple tours to northern England back in 2002 - 2004, I would walk the Yorkshire moors every weekend. I carried a little Walkman -- a portable CD player. I carried one or two CDs, and almost always carried the greatest hits of Woody Guthrie.

I have no idea how many times I must have listened to these songs but never tired of them; great walking music. Some days I walked greater than twelve hours/day. I remember starting at 8:00 a.m. and by the time I got back to the base, twelve hours later, I thought I was not going to make it back.

I notice that no one is singing about dust bowls or droughts in the US any more. But they're sure talking about global warming a lot. Whatever.
Posted by Bruce Oksol at 5:26 PM No comments:

The tea leaves suggest that Harold Hamm is looking to this calendar year, 2019, as being another huge year for the company. in addition to activity reported in the daily activity reports:
Fracking strategies are tracked here. 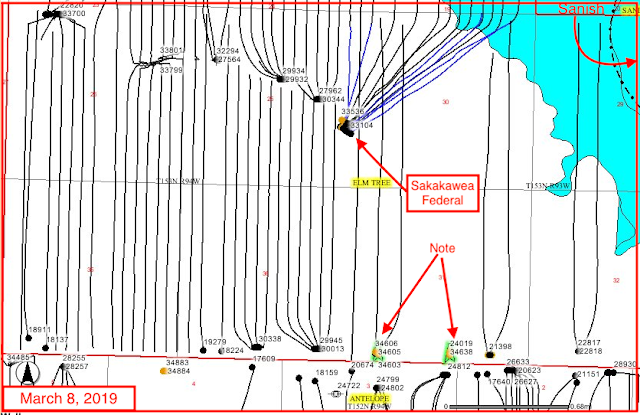 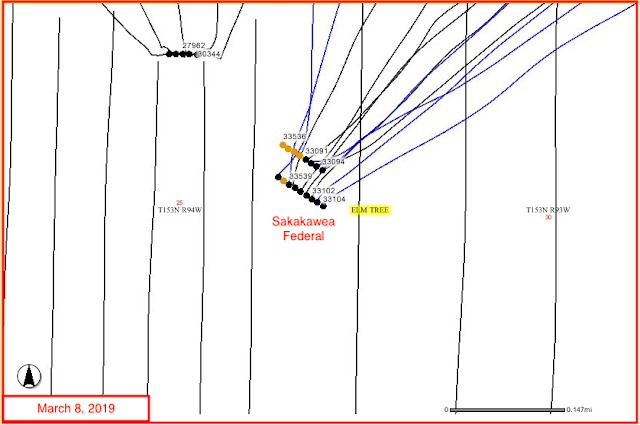 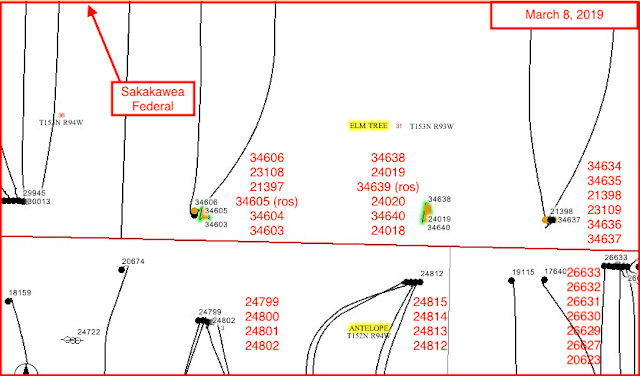 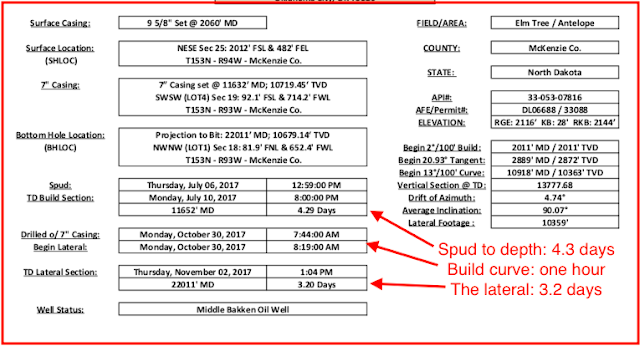 Later, 9:13 a.m. Central Time: market not impressed. Still down 171 points in early trading and the market has been down all week.

Later, 9:06 a.m. Central Time: the "experts" were off by a factor of 10. The consensus: 200,000 jobs added in February. The number came in at 20,000. Look at the forecasts by six folks on CNBC just before the numbers came out: this is an incredibly good example of group think. Rick Santelli was the worst.


The Mexican market is critically important to Permian producers. Rising gas demand south of the border — along with expected gains in LNG exports from new liquefaction/export facilities along the Gulf Coast — are key to their plans to significantly increase production of crude oil, which brings with it large volumes of associated gas.

All that gas needs a market, and nearby Mexico is a natural. For a number of years now, Mexico’s Comisión Federal de Electricidad has been working to implement a plan to add dozens of new gas-fired power plants and to support the development of new gas pipelines to transport gas to them from the U.S. The new pipelines have been coming online at a slower-than-planned pace. But what pipeline capacity has been added across the border from West Texas is already changing Mexico’s gas market. The El Encino Hub in Northwest Mexico is one such area where there are signs of a shifting supply-demand balance. Today, we continue a blog series on key gas pipeline developments down Mexico way and the implications for gas flows, this time delving into the dynamics at the El Encino Hub.

The aim of this series is to provide an update on pipeline development in Mexico. In Part 1, we focused on pipelines entering Mexico from far West Texas.

Volumes on these three pipelines have been running around 400 MMcf/d combined, about half of which is delivered to power plants and local distribution companies (LDCs) near the town of Samalayuca, which is just south of the major Northwest Mexico industrial center of Ciudad Juarez. The rest of the gas then flows south toward El Encino, mostly on Fermaca’s Tarahumara Pipeline or on SISTRANGAS. In the future, gas from West Texas will also be able to access the Samalayuca-Sasabe Pipeline.