Aetna said tonight it will reduce by more than 500 U.S. counties its participation in public exchanges under the Affordable Care Act in the face of hundreds of millions of dollars in losses.

In 2017, Aetna said it will be in just 242 counties, down from 778. Aetna will remain on-exchange in just four states: Delaware, Iowa, Nebraska and Virginia compared to 15 states where it operates this year.

Monday night’s announcement comes after Aetna said earlier this month that it would evaluate all of its individual plans in 15 states.

Humana has already said it is pulling off most ACA exchanges for next year.

And rival UnitedHealth Group, too, is scaling back to three states, leaving Anthem  and Blue Cross and Blue Shield plans as the main Obamacare providers across the country.

Getting closer to single payer every day. And no competition. And little choice.

So, again, millions (?) of insured will find they need to start all over, looking for a new policy, a new insurer. What a mess.


More than 40 payers of various sizes have similarly chosen to stop selling plans in one or more rating areas in the individual public exchanges over the 2015 and 2016 plan years, collectively exiting hundreds of rating areas in more than 30 states.

I find it interesting that the administration couldn't have this announcement delayed until late Friday night. Whatever.

But here's the nub. Think about this. The remaining one or two insurers have asked for huge premium increases. State regulators will try to dial back those premiums but if the premiums are not okayed, literally the last insurer could "walk," leaving the exchanges with no insurers offering health insurance. In other words, the regulators really won't have much choice but to okay whatever the insurance companies ask.

Wow, that IS gradual. It appears that about every eight to twelve months the retirement age in Germany will increase by one month until retirement age reaches age 67 in 2030.

That's a lot of Wal-Mart greeters. Active duty military careers should also be extended to 40 years for full retirement.
Posted by Bruce Oksol at 9:28 PM No comments:

Over at "The Doomsday Chronicles" I have a link to "US Cities." Most of them involve bankruptcies, but not all. With folks burning down their own city over the weekend, I was curious if Milwaukee was on the list. Yup; a little over a year ago, at this post.

US Olympic swimmers robbed at gunpoint in Rio; security debate grows. Robbery only; no hint of worse.

No wells came off the confidential list over the last three days.

On NBC television and streaming live.

Our older granddaughter was given a Brazilian warm-up jacket from the team captain of the Brazil team when Brazil was here in Lewisville, TX, in the Olympic qualifying tournament earlier this year. 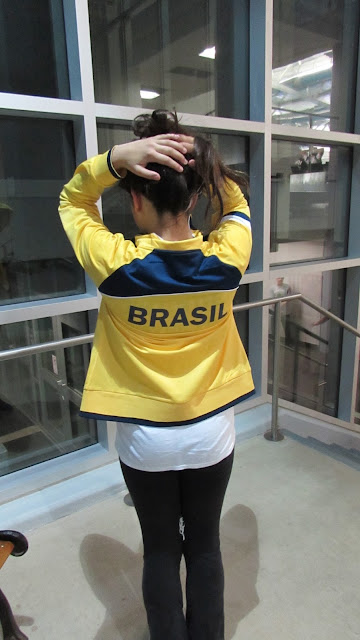 First woman to medal in six straight Olympics. Except for this report which was sent to me, I had not noticed any of the major networks telling her story. Link here: http://www.foxsports.com/olympics/story/american-kim-rhode-becomes-first-woman-to-win-individual-medal-in-6-straight-olympics-081216.


But Rhode was the center of attention as she wrapped up a record that started with her double trap gold medal as a precocious 17-year-old kid at the 1996 Atlanta Games.

Rhode joins Italian luger Armin Zoeggeler as the only athletes to earn medals in six straight Olympics. Her six medals are most all-time for a female shooter, and she is one of five athletes to earn a medal in six different Olympics.

"Kimberly is great; she is the best women's shooter," Cainero said. "It was an honor to be here when she made history."

After Atlanta, Rhode racked up medals as she went along in successive Olympics: Bronze in Sydney, gold in Athens, silver in Beijing, gold again in London. 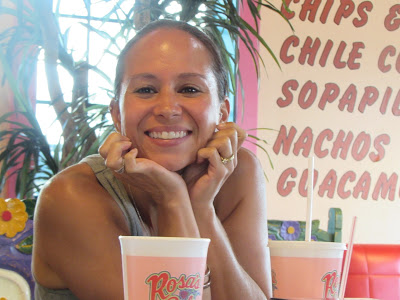 
We recently published an analysis of wells completed in ND using more than 8 million pounds of proppant. We have since expanded our findings to wells completed using 6 million or more pounds. We have also broken data down by middle Bakken and Three Forks locations. This data only encompasses wells completed through July of 2016. We are currently working and plan to release data that is more up to date in the coming months. This will help to provide a better idea of current completions and how well design and production have changed over those quarters. Results have gotten better over the past year, as operators continue to improve source rock stimulation.

There is a total of 407 Mega-Fracs in North Dakota. This includes all wells completed in the Bakken/Three Forks. The data was compiled using Welldatabase.com and Hartstreet LLC's data on proppant and fluid volumes.


In summary, Mega-Fracs are not only increasing in number, but production continues to improve. In higher pressure areas, Mega-Fracs see larger improvements. Lower well costs have motivated operators to improve well design. Lower oil prices have helped to push operators to increase this completion design over a larger number of locations. The increased production per location is partly due to highgrading. This isn't the entire reason, as better well designs have contributed. Mega-Fracs also decline at a slower rate than older completion methods. This is why US oil production has remained higher for longer than analysts expected. This is part of the reason oil prices and the US Oil ETF have remained at lower levels for this long. Northeast McKenzie County may be the best acreage in North Dakota. Middle Bakken Mega-Fracs completed over a year-and-a-half ago are producing more than 200,000 BO in the first 12 months of well life. Operators continue to state that well results are improving. Current Mega-Fracs could be producing 30% to 50% better, than the locations analyzed in this article. We will see if this estimate is correct in 12 months.


RBN Energy: update on the Dakota Access Pipeline, the northern leg of the Bakken Pipeline System.

Diamondback entered into the Delaware basin in July with the announcement of the company’s acquisition of 19,180 net acres in Reeves and Ward county for $560 million. This adds 290 net identified horizontal locations to their Permian inventory with the possibility of down spacing in the future. This acquisition increased Diamondback’s acreage footprint in the basin by 22% while adding infrastructure like tank batteries, frac pits and pipelines. The company is expecting to add one rig to the area in 2017.

An OPEC deal is a tough task; expectations are high. Reuters. Regardless of what happens now or in the next six months or the next year, four years from now, Saudi Arabia is either broke or we see oil significantly higher than $100/bbl.


The benchmark S&P 500 and the Nasdaq composite broke above previous intraday highs of 2,188.45 and 5,238.54, respectively, shortly after the open. The Dow Jones industrial average also posted a record high, rising past its previous high of 18,638.34. These records were all set last week, despite the indexes posting just slight weekly gains.

Opening: surges 85 points in early trading. Oil up over 2% and now above $45. Russia says it will work with Saudi Arabia to "stabilize" prices. NYSE --