I'm heading to bed so I won't see e-mail / comments until tomorrow. I might regret writing this, and it's against my better judgement to post this and then go to bed without thinking about it for awhile.

We're well past the discussion of whether we're headed into a recession -- from my vantage point, it's much worse than that. I've been suggesting that for awhile but a note -- received just moments ago -- from a reader puts things in perspective.

Before reading the comments from that reader, think back to 1992 and how much has changed since then and how much economic growth the US has seen since 1992.

Now, having given that a moment's thought, read these comments from a very, very knowledgeable reader:

We haven't seen numbers like this since 1992. Let that sink in.

Now, think about it again, tomorrow morning, 8:30 a.m. CT, when we get the first time unemployment claims numbers.

And the media is hung up on the number of ventilators available and whether two US Navy hospital ships arrive in port on time.

About two weeks ago we were told that every airline would be "broke" by the end of April.

Bedtime reading.
Posted by Bruce Oksol at 11:52 PM No comments:

This is a reminder for me. Some of these data bases have posted January, 2020, data. Others are still showing December, 2019, data as the most recent data available.

Word for the day: pangolin. 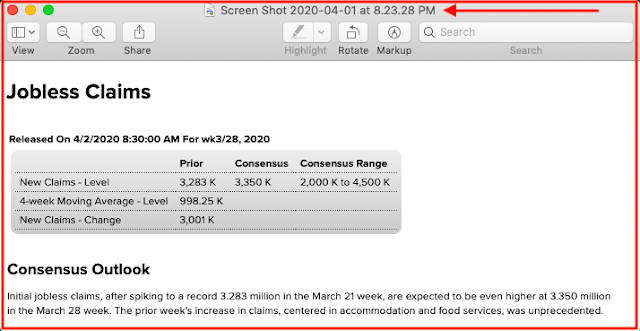 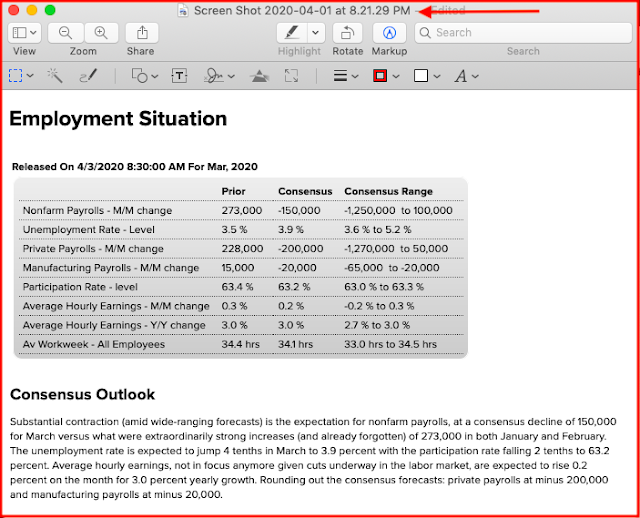 Well, it's almost eleven. This is what I find most interesting. People are starting to go crazy -- see this story --  and this is just April 1. It's not even April 2, and the "national lock down" has been extended to the end of April / early May. "We" will be lucky to get to mid-April. And if we do, it will still be another two weeks.

Here in the local area, we've already seen signs of civil disobedience -- and we live in a very, very upscale, law-abiding, quiet area of Grapevine, TX. And it looks like the calm, quiet, law-abiding citizens are already upset with the city council and the local police going a bit too far in trying to keep people locked up -- even though there is no "stay-at-home" order. Yet.

Yes, this is going to get very interesting very fast. You can only push people so far.

[Later: just after posting the above, I checked PowerLine, and there it is, another example: people turning on people in France. Earlier I said to myself, the president suggests that we will be in lock down at least until May 3. I 'm doubting we will get to mid-April. What I need to hear is a game plan, a strategy for getting back to work. I've not heard that game plan, that strategy from anyone. If the CDC had its way, we would be in lock down until June, 2021.]

How many American lives did he just save?

We'll never know, will we? 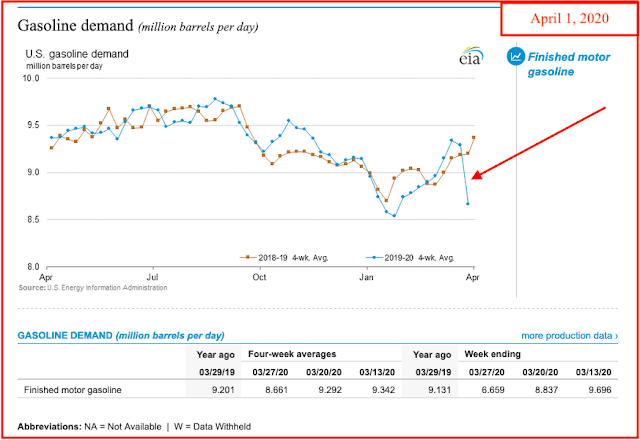 I didn't really think about the cable news network story and had not planned to post it until I looked at MSNBC's flagship. See link.
Posted by Bruce Oksol at 7:04 PM No comments:


No new permits. The "daily activity report" shows one new permit, but in fact, the file number suggests that it should have been posted March 31, 2020 -- yesterday.

Fracking in Idaho? I did not know. Strongest earthquake in 40 years -- magnitude 6.5, centered 78 miles from Boise, ID. 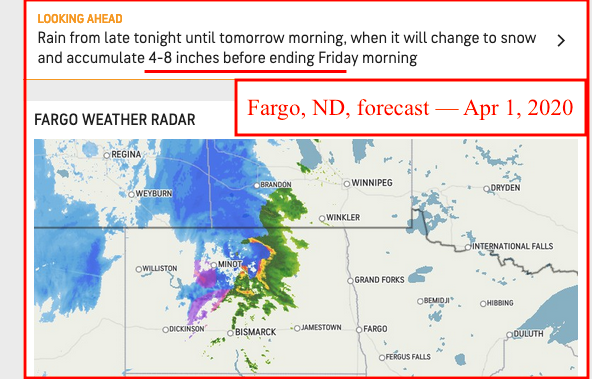 Remember her cough? There is now talk that Hillary was the index case in the US.

Bakken 101: Over at twitter today, for some odd reason:

Perhaps more later. I'm tracking down Hillary's travel schedule starting two years ago or so. Did she travel to Wuhan City, Hubei, China?  This would explain a lot.

Path to replacing Biden? No convention, no delegate voting, DNC to decide?

Email ThisBlogThis!Share to TwitterShare to FacebookShare to Pinterest
Labels: API 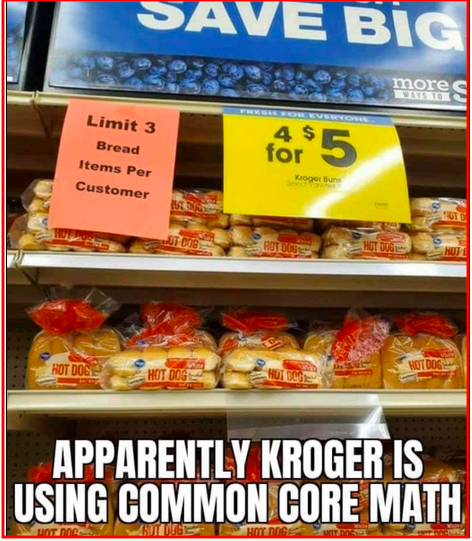 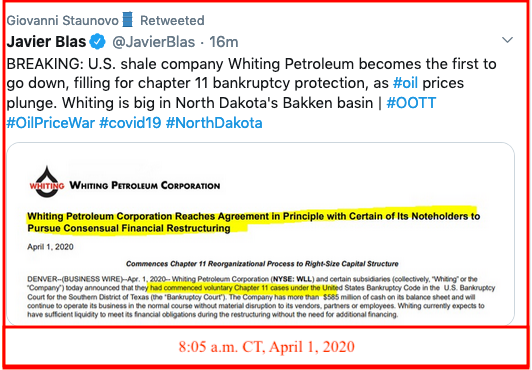 
The collapse in WTI prices in March has been a crushing blow to the Permian, the Bakken and other U.S. shale plays that produce light, sweet crude oil. But as bad as sub-$25/bbl WTI prices are — especially for producers whose balance-of-2020 volumes aren’t at least partly hedged at higher prices — consider the record-low, $5/bbl prices facing oil sands producers up north in Alberta. Western Canadian Select, the energy-rich region’s benchmark heavy-crude blend, fell below $10/bbl more than a week ago, and on Tuesday WCS closed at $5.08/bbl. Producers, who already had been dealing with major takeaway constraints, are ratcheting back their output and planned 2020 capex, and slashing the volumes they send out via rail in tank cars. Today, we begin a short blog series on the latest round of bad news hitting Western Canada’s oil patch.

Oil sands producers have a lot in common with George Chuvalo, a boxing legend in Canada. A five-time Canadian heavyweight champion, Chuvalo, now 82 years old, is best known for never being knocked to the mat in his 93 professional bouts, even when he fought the likes of Muhammad Ali (twice), George Foreman and “Smokin’ Joe” Frazier. After his 15-round challenge to Ali’s world heavyweight title in 1966, which Chuvalo lost by decision, the Canadian boxer bragged, “When it was all over, (Ali) was the guy who went to the hospital ... Me? I went dancing with my wife.” (Ali had called Chuvalo “the toughest guy I ever fought.”) Like Chuvalo, producers in the oil sands have been pummeled and knocked against the ropes many times, most recently by pipeline-project delays and dizzyingly steep price discounts, but they have remained standing –– seeing stars, maybe, but still upright, if only barely.

The three oil sands areas in northern Alberta — the giant Athabasca deposits and the smaller Peace River and Cold Lake areas — together cover only ~55,000 square miles (about one-fifth the size of Texas, or of Alberta) but they contain proven reserves equivalent to more than 160 billion barrels of crude oil, according to the International Energy Agency (IEA) and other sources. As the Shale Era has reminded everyone, though, simply having vast hydrocarbon reserves in the ground isn’t enough­­. Production costs and the cost of delivering product to market need to be competitive if an area is to continue drawing investment — at least over the long-term in the case of areas with higher upfront development costs.