From the November, 2020, NDIC hearing dockets, this case, not a permit, but a case: 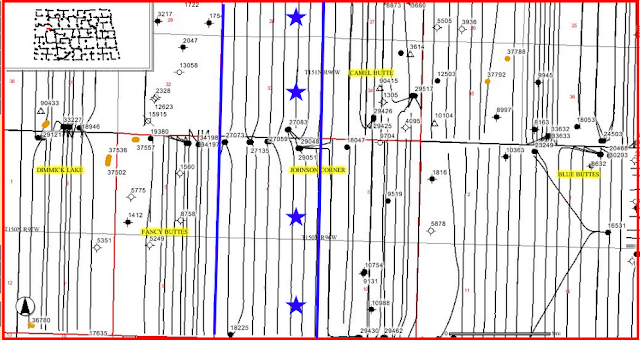 Wells along the 33/4 section line, all 2560-acre spacing; note: numbers following the cumulative production of oil: the four sections; amount of proppant in millions of lbs; and, the number of stages. In general, BR is using 3.5 million lbs of proppant in 30 stages in these long laterals:

EQT already is the largest supplier of U.S. gas, producing 44% more than its nearest competitor, Exxon Mobil Corp., according to figures compiled by the Natural Gas Supply Association. EQT pumped about 4 billion cubic feet a day as of the first quarter, while CNX produced 1.38 billion, the data show.

EQT Chief Executive Officer Toby Rice, 38, is pursuing what would be his first deal since he took the top job in July 2019. The Rice family had previously sold their Appalachian gas company, Rice Energy, to EQT in 2017. But they became disenchanted with EQT’s performance and mounted a nine-month proxy fight, vowing to slash costs amid growing investor pressure for cash generation and better returns. Remdesvir: approved by FDA. Wow, that was quick.

McAfee: "a broken deal." Fails to trade above its $20 IPO price.

In sports this would be a forfeit -- the opposing team did not show up. LOL. You can't win if you don't play. Even first graders know that. LOL. 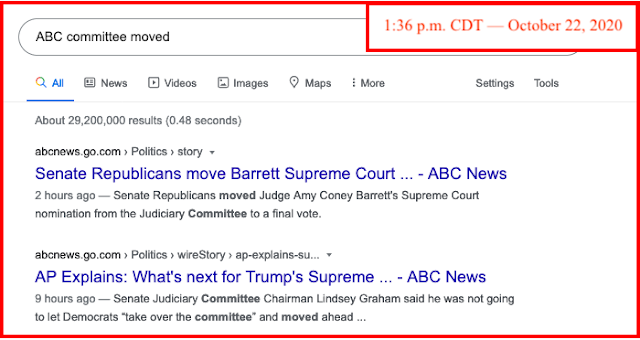 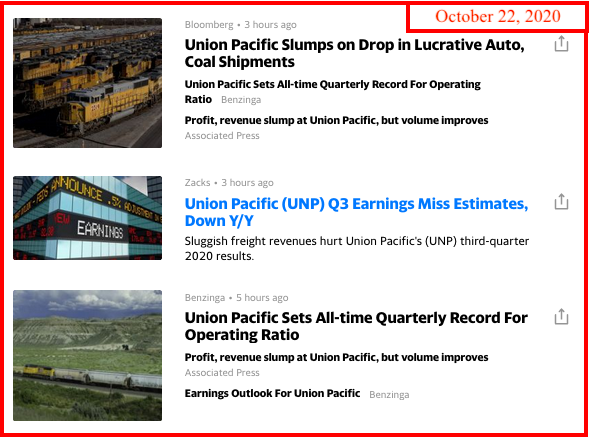 Union Pacific Corporation: shares dropped over 5% in trading Thursday after it reported its third-quarter 2020 results.

Union Pacific’s operating revenue was $4.92 billion, down 11% compared to the third quarter of 2019.

The data suggests "we" could break below 8.5 million bbls gasoline per day next week for the four-week average. If so, not a good omen. 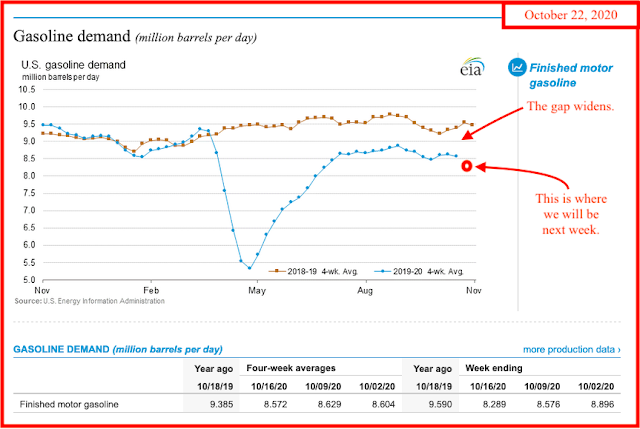 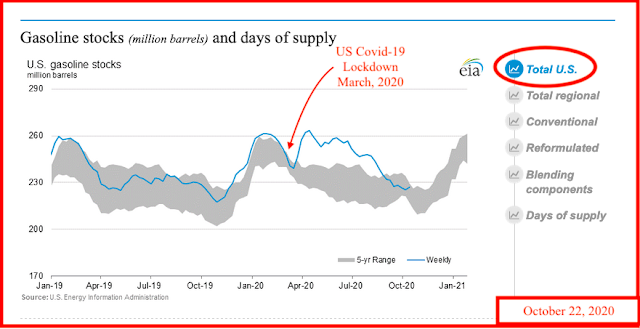 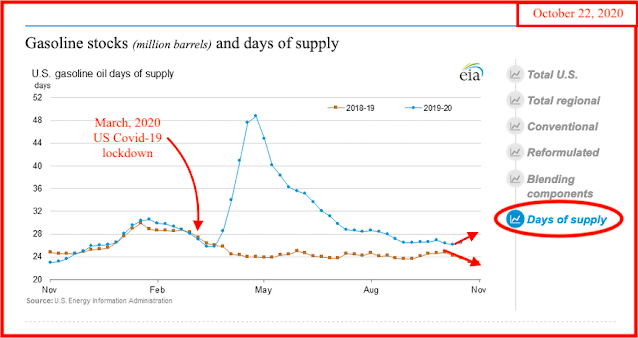 Why won't you see Charlie Brown specials this year? Link here to The LA Times.

Apple: the other day I mentioned that Apple TV+ was signing the biggest icons in Hollywood: 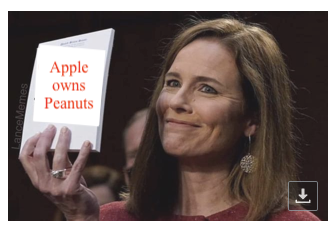 "The Velvet Underground" will feature never before seen performances and recordings, Warhol films, experimental art, and in-depth interviews with key players of that time.

On twitter this morning, straight from the blog! Pretty cool. Graphic:

Boom! Demand continues to boom for US consumers' two biggest ticket items -- new houses (in the suburbs, in the midwest, anywhere but in the big cities; and new cars (anything other than EVs); link here; 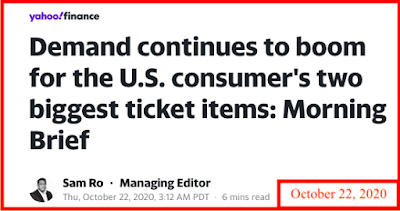 Apple: I mentioned earlier that I've never seen so many positive reviews about Apple products as I'm seeing now. I could be biased, seeing things that aren't there, cherry picking, but here's yet another review: "new iPad Air reviews: 'the best table for most people' with new Pro-like design and features at a low price." Link here.

One Well Coming Off The Confidential List Today -- October 22, 2020 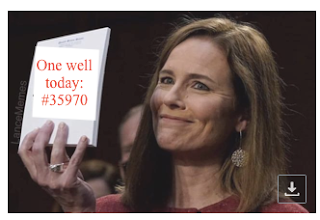 For the past few years, demand for U.S.-sourced ethane has been on the rise as petrochemical companies in the U.S. and abroad developed new, ethane-only steam crackers and retrofitted existing crackers to allow more ethane to be used as feedstock. U.S. NGL production was increasing too, of course, alongside growth in crude oil-focused plays like the Permian and “wet” gas plays like the Marcellus/Utica. But recently, drilling-and-completion activity has slowed to a crawl and NGL production has been leveling off, which means that less of the ethane that comes out of the ground with oil and gas will be “rejected” into natural gas and more will be separated out at fractionation plants. Today, we conclude a series on ethane exports with a look at U.S. NGL production, ethane supply and demand, ethane exports, and ethane prices.

Among the many extraordinary results of the Shale Revolution is that the U.S. has emerged as by far the leading exporter of liquefied petroleum gases (LPG; propane and normal butane) and pretty much the only exporter of ethane. (Norway exports small volumes.) In fact, the U.S. now exports ethane to steam crackers in eight other countries: Canada, India, the UK, China, Norway, Mexico, Brazil, and Sweden.

The U.S. produced a record 2.2 MMb/d of ethane in July 2020, according to the Energy Information Administration (EIA), and we estimate that around a million additional barrels per day on average this year has been rejected into the natural gas stream at processing plants and sold (at the price of gas) for its Btu value.

About 290 Mb/d, or 13% of total U.S. ethane production, is currently being sent to other countries, with about one-third of the exports being piped to Canada and the rest being shipped to other foreign lands. About 80% of the shipped volumes is being sent out of Enterprise Products Partner’s Morgan’s Point export terminal on the Houston Ship Channel and the balance sets sail from the Energy Transfer’s Marcus Hook facility near Philadelphia.