The Norwegian Petroleum Directorate reported Friday that two wildcat wells drilled by Statoil Petroleum in the southern Norwegian Sea have turned out dry.

We've talked about this before, on the blog, the challenges facing Statoil. This is not good news.
Posted by Bruce Oksol at 10:32 PM 2 comments:

I assume every audiophile knows this (I'm not not an audiophile, so I did not know this). From wiki:


Auto-Tune is an audio processor created by Antares Audio Technologies which uses a proprietary device to measure and alter pitch in vocal and instrumental music recording and performances.

It was originally intended to disguise or correct off-key inaccuracies, allowing vocal tracks to be perfectly tuned despite originally being slightly off-key. The processor slightly shifts pitches to the nearest true semitone (to the exact pitch of the nearest tone in traditional equal temperament).

Auto-Tune can also be used as an effect to distort the human voice when pitch is raised or lowered significantly. Auto-Tune has become standard equipment in professional recording studios.Instruments like the Peavey AT-2000 guitar are seamlessly using the Auto Tune technology for real time pitch correction.

Auto-Tune was used to produce the prominent altered vocal effect on Cher's "Believe."

In an early interview the producers claimed they had used a Digitech Talker FX pedal, in what Sound on Sound’s editors perceived as an attempt to preserve a trade secret. After the success of "Believe" the technique became known as the "Cher Effect."

So, what's this got to do with the Bakken? Not much. But .... Auto-Tune was initially created by Andy Hildebrand, an engineer working for Exxon. Hildebrand developed methods for interpreting seismic data and subsequently realized that the technology could be used to detect, analyze, and modify the pitch in audio files.

So, I guess Cher can thank the guys over at Exxon for her success with "Believe." Yeah, like that's gonna happen.
Posted by Bruce Oksol at 10:02 PM No comments:

Pipeline
Too much takeaway capacity being built in the Bakken?
ONEOK to activate second lateral in pipeline from Bakken/Niobrara to Colorado

Bakken 101
Primer on coiled tubing
Manufacturing in the Bakken: Liberty Resources
Impact of the Bakken and Eagle Ford
How operators choke back wells with slump in oil prices

Humor
To be economic, the IP270 of a Bakken well must equal 50% of its EUR
Posted by Bruce Oksol at 8:35 PM No comments:

Regarding global warming, check all that apply:

One of the lead authors of the UN global warming study was:

Over the last century the earth has warmed:

Standard deviation of earth's temperature, over last 8,000 years, is:

End of quiz. Check your answers based on the linked article below. No cheating.

The Daily Caller is reporting:


The standard deviation of the temperature over the last 8,000 years was about 0.98 degrees Celsius– higher than the 0.85 degrees climate scientists say the world has warmed over the last century.

The basis of that finding:

Dr. Philip Lloyd was one of the lead authors of a former Intergovernmental Panel On Climate Change (IPCC).

We used to do this in college when our results did not turn out as expected; we put in some "fudge" factors.

It looks like Janet Yellen is getting ready to do the same. She needs better numbers to justify raising the discount rate.

It kind of makes you wonder, doesn't it? Where it will all end?


Twist in My Sobriety, Tanita Tikaram

Don't let me be misunderstood. If the numbers are "better," it should only help the investor.


Don't Let Me Be Misunderstood, The Animals
Posted by Bruce Oksol at 8:14 PM No comments:

Entering the "Tunnel of Doom" -- crocodile hunting in Texas: 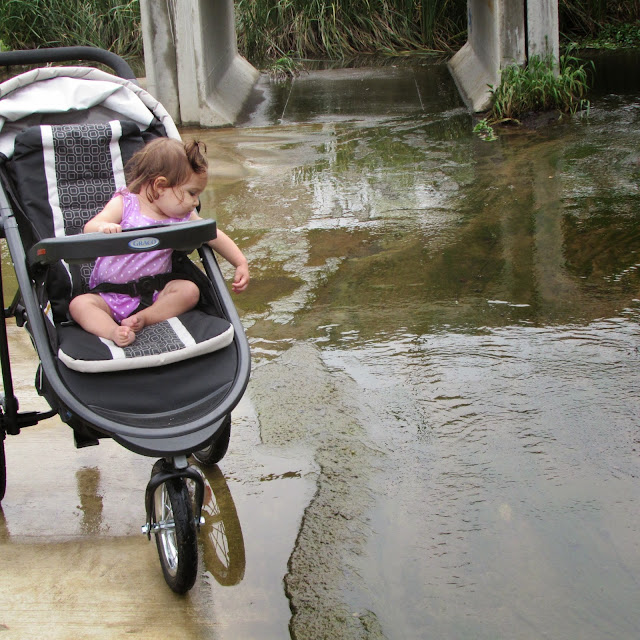 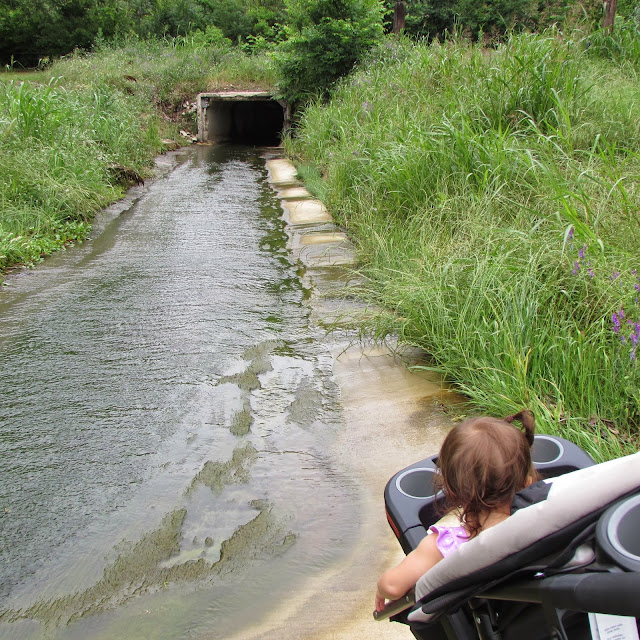 "Tell me again what the plan is."
Posted by Bruce Oksol at 5:19 PM No comments:

Friday; A Cold Day Across The Nation; Earthquakes In England, California; Gasoline Is Cheap This Year -- EIA -- May 22, 2015

Earthquake hits Kent, England. Residents stoic, saying they will re-build. Near the white cliffs of Dover. No reports of any part of England falling into the sea.

Accuweather is reporting a "freeze day" across the northeast. [Based on Merkel's comments out of Germany in the past 24 hours, my hunch is that Greece is feeling the chill also.] This is almost June, isnt' it? Memo to self: the globalwarming2014_2015 tag "goes away" as of June 30th. Then, the globalwarming2015_2016 tag begins. Antarctic sea ice has not been receding. Rising oceans remain the Coast Guard's biggest concern, according to the president.

Speaking of "thin air," that phrase was coined by Shakespeare. I mention that because yesterday, while reading a review of Lana Del Rey in an English tabloid, Shakespeare was cited. The writer was spot on; comment from the readers suggested there are still some folks who think William wrote all those plays and sonnets.

For those interested in honeybees and honey, look for a copy of The Rooftop Beekeeper: A Scrappy Guide to Keeping Urban Honeybees, Megan Paska, c. 2014. After perusing this book, all I can say is there should be at least one apiary class taught in each elementary school in Williston.

This is not an investment site. Investors need to stay away from this site. No one should make any financial or investment decisions based on what one reads in this blog or thinks they may have read in this blog. The webmaster has no formal training and no background in the oil and gas industry and even less experience in the world of high finance. I do understand the concept of double-entry bookkeeping though I doubt I could do it if I had to. Having said all that, there are two interesting posts from two different sites today regarding energy. One is from Merrill Lynch. The other is from 24/7 Wall Street.  I don't know if I can find the 24/7 Wall Street article; I read it on my iPad early this morning while lying in bed waiting for breakfast to be delivered. It wasn't. LOL. Anyway, from Merrill Lynch, at a Seeking Alpha site:
Oh, my mistake. The 24/7 Wall Street article was simply pinging off the Merrill Lynch story. Disregard.

Something tells me the "secret" Obama trade bill is going to be great for investors: Orrin Hatch is in favor of the bill as are most of the members of his party, and Pocahontas is against the bill. That speaks volumes. I think, like Joe Biden would say, this is a big, freaking, deal. Very freaky.

Zeits on Marathon: Seeking Alpha link here. Marathon:
So, what's left? Growing its US shale with primary focus on the Eagle Ford.


RBN Energy: the impact of shale oil on America's refiners.


First a look at where U.S. refiners source their crude supplies. A chart at the link shows the three sources of U.S. crude supply – domestic production, imports, and inventory draw for the period since January 2011 according to monthly data from the Energy Information Administration (EIA).

That reduction in imports came about because of the increase in U.S. domestic production – primarily from the three major shale basins – the Williston in North Dakota, and the Eagle Ford and the Permian in Texas.

Total U.S. production jumped 67% from 5.5 MMb/d in January 2011 to 9.2 MMb/d in February 2015 – increasing its share of crude supply over the period from 37% to 57%. That dramatic rate of increase in production has now slowed to a crawl at best as the price crash has led producers to reduce budgets and cut back new drilling.

However while the slow down impacts the rate of increase in production, the overall average production in 2015 is  expected to remain at least as high as it was in 2014 – keeping the balance of supplies in favor of domestic crude over imports.


On May 18, the U.S. average retail price for gasoline was $2.74 per gallon ($/gal), or 92¢ per gallon (¢/gal) lower than at the same time last year. This is the lowest average price heading into the Memorial Day weekend—the traditional start of the summer driving season—since 2009. Lower gasoline prices reflect lower crude oil prices, with the spot price of North Sea Brent crude oil at more than $45 per barrel ($/b) lower than the same time last year, despite having increased more than $10/b since the beginning of February. --- EIA

This was predicted from the beginning. The blog wrote this story three years ago. ObamaCare, written by the big insurers, was sure to drive out competition, leaving one or two BIG players in each region. No competition? Higher premiums.  Today, The Wall Street Journal is reporting some huge premium increases for 2016 (and folks wonder why the economy continues to sputter):


Major insurers in some states are proposing hefty rate boosts for plans sold under the federal health law, setting the stage for an intense debate this summer over the law’s impact.

In New Mexico, market leader Health Care Service Corp. is asking for an average jump of 51.6% in premiums for 2016. The biggest insurer in Tennessee, BlueCross BlueShield of Tennessee, has requested an average 36.3% increase. In Maryland, market leader CareFirst BlueCross BlueShield wants to raise rates 30.4% across its products. Moda Health, the largest insurer on the Oregon health exchange, seeks an average boost of around 25%.

All of them cite high medical costs incurred by people newly enrolled under the Affordable Care Act.

For investors, great news. This is not an investment site; do not make any investment decisions or financial decisions based on what you read here. The ObamaCare premiums will flow to the bottom line -- and folks will still hesitate getting their medical care because the co-pays and deductibles are unaffordable. Remember: ObamaCare is essentially very expensive catastrophic health care insurance with birth control thrown in for free.

And with that, I'm off for awhile. I will do some biking (jacket weather; it's going to be cold in the DFW area today) and then catch up with our 10-month-old granddaughter for a luncheon date at the French pastry restaurant on Main Street, Grapevine, TX.
Posted by Bruce Oksol at 9:25 AM No comments: