The USAF says it's running out of money. Yup, spending all that money on algae-based aviation fuel.

When oil hit $110/bbl, President Obama offered us algae-based biofuels, killed the Keystone, and sicced the EPA on shale operators.

The US Air Force could always turn to algae-based jet fuel.

Back in 2012 with Americans irate about the high price of gasoline President Obama said "I'm going to keep doing everything I can to help you save money on gas right now and in the future. I've already killed the Keystone and I've sicced the EPA on the shale operators." Okay, he only said some of that.

The big story in 2012 was President Obama killing the Keystone and advocating algae-based biofuels.

In December, 2011, it was reported that the US Navy was buying biofuel for $149/gallon; contracts with Solazyme. In 2016, Solazyme "ditches biofuels" and according to Fortune:


Solazyme, now renamed as TerraVia, says it will no longer focus on its fuels and its industrial businesses, and instead will double down on selling its algae oil to the food and personal care industries, for use in products like cooking oil, protein powders and face lotion.

Along with the new focus, the company has announced a $200 million supply deal to sell algae oil to Unilever for personal care products, and new financing of $28 million from a handful of food-focused investors, like founder and former CEO of Popchips Keith Belling.


The US Air Force spent $150/gallon of "green" aviation fuel. One can only assume the general officer who approved this boondoggle will a) be promoted; and, b) be given the Medal of Honor Medal by President Obama. I can only say I am glad I am no longer part of this one-esteemed military branch. FreeBeacon is reporting:


The Department of Defense (DOD) paid $150 per gallon for alternative jet fuel made from algae, more than 64 times the current market price for standard carbon-based fuels, according to a report released on Wednesday.

The Government Accountability Office (GAO) noted in its report that a Pentagon official reported paying “about $150 per gallon for 1,500 gallons of alternative jet fuel derived from algal oil.”

In 2013, even the Los Angeles Times seemed concerned about the US Navy spending $26/gallon biofuel. The article did not mention that President Obama had just directed all government agencies to "get" 20% of their energy needs from renewable energy by 2020. And since MuskMelon was not yet in the news, the US Navy turned to algae. Besides, wind power and sails went out of style when the whaling industry died.

Okay, enough of this. Out an about for better things.

In April, 2014, some investors were looking at algae-based drilling fluids.
Posted by Bruce Oksol at 9:49 AM No comments:

Email ThisBlogThis!Share to TwitterShare to FacebookShare to Pinterest
Labels: AlgaePlanB

Link here. The IATA / airfield code for the current Williston airport is ISN.

My hunch is that the airport will never be built unless it can get a really, really "good" IATA code.

Unfortunately all the "good" IATA codes have been taken, including:
And get this:
I can't make this stuff up. 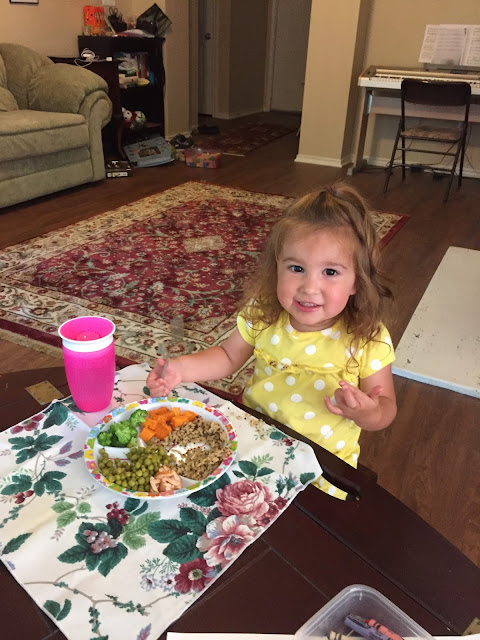 The only "thing" she did not eat was the salmon.

First International Bank & Trust, a company that started 106 years ago and is headquartered in Watford City, broke ground Wednesday for a six-story building, its largest bank, in Bismarck.

Gov. Jack Dalrymple and Attorney General Wayne Stenehjem were among the dignitaries attending the ceremony.

The $40 million structure is set to open in fall 2017 and will be located across from the North Dakota Heritage Center near the intersection of State Street and Divide Avenue.

"It'll be a landmark building for all of our locations, frankly," he said.

Link here.
Posted by Bruce Oksol at 8:55 AM No comments:

So, now we have The Odyssey: The WSJ is reporting


A Mississippi power plant intended as a showcase for clean-coal technology has turned into a costly mess for utility Southern Co. , which is now facing an investigation by the Securities and Exchange Commission, a lawsuit from unhappy customers and a price tag that has more than doubled to $6.6 billion.

On Friday, Southern’s credit rating also was downgraded one notch by Fitch Ratings and Moody’s Investors Service, mostly because of its purchase of a gas utility, and because of cost overruns for the Mississippi project and new nuclear reactors it is building in Georgia.

The SEC is looking into Southern’s financial controls and disclosures for the Kemper County Energy Facility in Mississippi, the company disclosed in a regulatory filing this month, amid claims by a former project manager that it misled the public about how long construction would last.

The Atlanta-based company also faces a lawsuit from Mississippi businesses concerned they will be saddled with high costs to pay for the Kemper plant, which is generating power but remains unfinished.


Conceived as a first-of-a-kind plant, it currently looks to be the last of its kind in the U.S., though China and other nations have expressed interest in the technology. Kemper costs have swelled to $6.6 billion, far above the $3 billion forecast in 2010.

Southern spokesman Tim Leljedal said the company remains convinced that the Kemper plant “is the right project for Mississippi.”


The Pentagon says its total aviation inventory will shrink by roughly 10 percent over the next decade because it can’t afford to build and modernize enough planes to keep up with the pace of aircraft retirements, according to a new agency report.

The assessment found that the Air Force and Navy’s fighter jet fleets would be hard hit in the coming years, going from 3,327 today to 2,981, a loss of 346 warplanes. Such a cut would be a major problem for the Air Force. Last year lawmakers directed the service to keep at least 1,900 fighters in its inventory past 2021. Today the service has 1,971 attack aircraft, so the anticipated reduction would bring the Air Force well below that line.

Remember: this is over ten years; a lot can happen between now and 2026.

For me, the Air Force logistics/acquisition "arm" lost its credibility when it bought algae-based aviation fuel for $150/gallon vs $3/gallon for conventional jet fuel.


Original Post
This story is full of crap. Or more precisely, algae.

Fox News is reporting that the USAF can't get its planes up due to a budgetary crisis and "tired" mechanics. Whatever.


“It's not only the personnel that are tired, it's the aircraft that are tired as well,” Master Sgt. Bruce Pfrommer, who has over two decades of experience in the Air Force working on B-1 bombers, told Fox News.

Many of the Airmen reported feeing “burnt out” and “exhausted” due to the current pace of operations, and limited resources to support them. During the visit to Ellsworth earlier this week, Fox News was told only about half of the 28th Bomb Wing’s fleet of bombers can fly.

“We have only 20 aircraft assigned on station currently. Out of those 20 only nine are flyable,” Pfrommer said.

This story gets recycled every six years or so, usually surfacing about the time Congress is writing the next budget.

It was only two years ago that it was being widely reported that the Pentagon was paying $150/gallon for "green" jet fuel (algae-based) vs conventional jet fuel that was going for $3/gallon.

It seems the US Air Force should have hired MuskMelon. Batteries seem to be the new fad, but more importantly, the Tesla CEO is second-to-none when it comes to getting money from the US government.

By the way, this little bit of trivia I was unaware of until today: USA Today reported that Caracas, Venezuela is the "world's most murderous city." Back on January 29, 2016:


Just when Venezuelans thought things couldn’t get worse, that’s exactly what they did.

The capital Caracas has now been ranked as the most murderous city on Earth, according to a new study by Mexican think-tank the Citizens Council for Public Security and Criminal Justice.

Mexico has a "think tank"? I bet El Chapo could break out of that "tank" with both hands tied behind his back.
Posted by Bruce Oksol at 8:08 AM No comments: