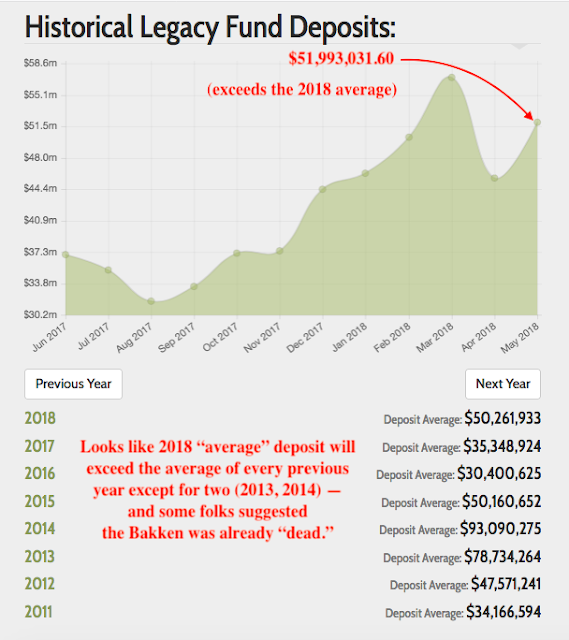 While watching the basketball game tonight, I saw "the" commercial that says Mobil #1 oil can be changed once a year or every 20,000 miles. I was curious. Turns out the oil is nothing new; the "truth" is in the fine print. No manufacturer of any automobile says oil can be changed every 20,000 miles, and if one does, it voids the warranty. At least this is what this guy says.

Exhausted: I'm mentally exhausted. It's hard to know where to begin.  I've been driving all day and listening to Sirius XM Radio all day. SXM comes with the rental; it's the first time I've ever listened to Sirius -- it's quite good, I guess. I did not listen to any news or talk radio, just music stations, and checked in with CNBC very briefly. I kept up with the market today by frequent stops at McDonald's.

The market: The Dow was up almost 300 points today -- the trade war between China and the US is "over." Actually, it never started. Sounds like China will buy all the farm products they can from the US. Winners: Deere and US farmers and ranchers. Losers: South American ranchers (especially Argentina) and non-US farmers around the world. Something tells me Canada will cry foul once they find China will substitute US grain for any Canadian grain it might have planned to buy.

Tesla: most recent "2025, un-callable 5.3% coupon" bonds trading for $86.75. It may not be the all-time low, but it's awful close. Bloomberg (or someone) raised TSLA's target price from current $280/share to $500/share. TSLA shares rose significantly today after that announcement.

Futures: So, futures. Look at this:

WTI: solidly above $72. And that's despite a strong (and strengthening) dollar. A strong dollar generally means less expensive oil; not this time.

Basketball: the Boston Celtics squandered a 2-game lead in the conference championship series (led 2 - 0 after the first two games) by losing two games in a row to the Cleveland Cavaliers. The series is now tied, 2 - 2. Boston was seeded #2 and Cleveland was seeded #4 in this series. Before the series started, I had no favorite. I would like to see Cleveland win now -- LeBron and the city of Cleveland "deserve" it.

Scrambling To Find Available Pipeline Capacity In The Permian -- May 21, 2018

China, market, Trump: one word -- wow! Absolutely predictable. I've blogged about it before. I'll see if I can find the post. One phrase -- "China's large unemployed male population."  I started tracking the "trade war" on March 1, 2018, when Trump announced the tariffs. It was clear to me than, the trade war would go nowhere / be "won" by the US, and after 69 days considered the whole thing a bust, and moved on to the next chapter in the Trump presidency. The current chapter began May 9, 2018, when Trump "walked away" / "tore up" the Iran sanctions that had been considerably eased by the Obama administration. And included "returning" $400 million in cash overnight to Iran in unmarked currency on a military plane, the day before Trump took over as president (if I recall the timeline correctly).

Small outages have big impact on oil prices. Link at the WSJ. Iran, Venezuela, Canada, Nigeria -- each with relatively small "outages" for various reasons have big effect when combined:


Based on the combined disruptions, analysts at Barclays project that global oil and liquids inventories will drop during the current quarter at the fastest pace since last year. [And I guess that's why folks are talking about $85-oil by July or August.]

That contrasts with the projection of the U.S. Energy Information Administration, which sees inventories having bottomed out in the first quarter at 2.812 billion barrels. They expected stockpiles to grow a bit this quarter.

Small outages take on added importance when they coincide with others in the 96 million-barrel-a-day global crude oil market. The only ones that should stick are the big ones, Iran and Venezuela—enough to keep prices high into the early summer.

After that, the high prices should help boost supply. U.S. shale oil executives may no longer restrain spending, and countries like Saudi Arabia and Russia will be tempted to fill the void left by Iran even before their supply agreement ends. 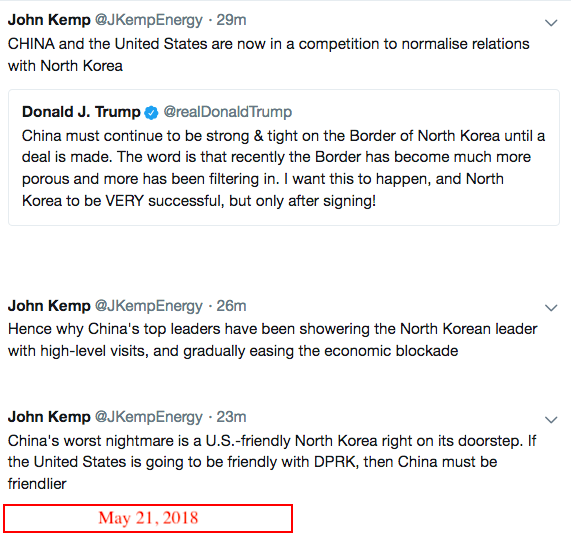 
RBN Energy: scrambling for Permian crude takeaway options as available pipeline capacity vanishes. This has turned into quite a story. Never expected it. There is a lot of chatter on social media suggesting shale operators cannot make money on $70-oil. This article tends to suggest otherwise. The Cushing - Midland spread right now can be as much as $15/bbl.


Necessity is the mother of invention, and the desperate need to transport increasing volumes of crude oil out of the severely pipeline-constrained Permian is spurring midstream companies and logistic folks in the play to be as creative as humanly possible. With the price spread between the Permian wells and the Gulf Coast exceeding $15/bbl in recent days — and possibly headed for $20/bbl or more soon — there's a huge financial incentive to quickly provide more takeaway capacity, either on existing pipelines or by truck or rail. Are more trucks and drivers available? Is there an idle refined-products pipe that could be put back into service? Could drag-reducing agents be added to an existing crude pipeline to boost its throughput? How quickly could that mothballed crude-by-rail terminal be restarted? Today, we discuss frenzied efforts in the Permian to add incremental crude takeaway capacity of any sort — and pronto.

Both the Midland-to-Sealy and BridgeTex expansions are made possible in large part by the addition of operational enhancements in the form of drag reducing agents, or DRAs. As we explained in our “Kind of a Drag” blog series, DRAs are ultra-high molecular-weight, long-chain polymers that are injected into crude or refined-products pipelines just downstream of pumping stations. Once injected, these long polymers (think wet, flexible strands of spaghetti on a molecular level) help to minimize turbulence within the pipe. Reduced turbulence eases the flow of crude (or refined products) through a pipeline, which increases the volume of fluid that can move through the pipe within any given period of time with the same amount of pumping energy applied to the system.

Pipes that have the most turbulence are generally those that transport low-viscosity/easy-flowing refined products (like motor gasoline and diesel) or lighter crudes such as condensate or West Texas Intermediate (WTI). In other words, the use of DRAs can be well-suited for Permian takeaway pipes, which move light and superlight crudes.

DRAs have been part of the Permian crude takeaway story for at least a few years now. Back in 2013, Magellan converted its 18-to-20-inch-diameter Longhorn Pipeline back to eastbound crude service between Crane (in West Texas) and the Houston area — the pipe for a few years had been reversed to move refined products west — and boosted its capacity by 50 Mb/d (to the current 275 Mb/d) by adding DRAs and making other operational tweaks. A number of other Permian takeaway pipelines also are believed to be using DRAs too, but pipeline owners are not required to report their use unless they want to. It’s a good bet that every company that owns a Permian crude takeaway pipe is either already using DRAs or has been investigating whether doing so might be cost-effective in today’s big-spread environment. And it’s entirely possible that another DRA-related pipeline expansion could surface in the next few weeks, though as the Midland-to-Sealy and BridgeTex expansions noted above show, it can take six months or more to add a DRA system to a pipeline.

So, what do you know. It was John Brennan all the time. The dots are connecting. It starts to explain why Chuck Schumer has been so quiet throughout all of this. The "John Brennan" wiki entry provides some hints, but only with 20-20 hindsight. It now makes sense why Brennan has been so incredibly vocal; until now, it never made sense. He knew the Mueller investigation would eventually get to him.

How did Hillary lose this election? Wow.
Posted by Bruce Oksol at 7:21 AM No comments: