EOG Austin wells in the Parshall are tracked here.
Posted by Bruce Oksol at 9:50 PM No comments:

Futures mean squat but after all the records that were broken last week, it's hard to believe that futures look this good this evening. 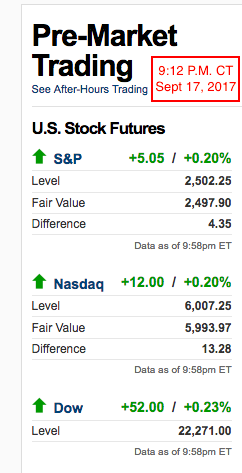 All I can add is: 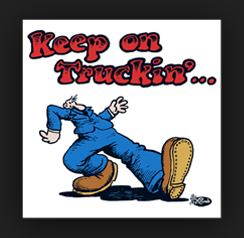 Nothing About The Bakken -- High Tech In Rural ND Elementary Schools -- September 17, 2017

High tech in an elementary school in Mapleton, ND -- west of Fargo. Story in The New York Times and then picked up by The Dallas Morning News where my wife first spotted it.


To spend a day in Kayla Delzer’s colorful classroom at Mapleton Elementary School in North Dakota is to behold a bold experiment in next-generation learning unfolding in front of your eyes.

I visited Ms. Delzer, a tech-savvy third-grade teacher with a sizable social media audience, in April as part of the reporting for an article about the growing phenomenon of teacher influencers. These are enterprising educators who develop reputations as digital learning innovators, attracting tech companies eager to capitalize on the teachers’ expertise and influence.

In Mapleton, I found a teacher who judiciously uses digital tools — along with fun classroom furniture like beanbag chairs and rubber balance balls — to give her students some space to learn more freely. I also met some astonishing third graders who think and speak in paragraphs.

“I feel like this year has changed my life because, all the other years, all I have been doing is sitting in a plain old desk, writing down things on paper,” Jennings, one of Ms. Delzer’s students, told me. “We never got to actually go onto iPads and do our own thing. So we didn’t get to be ourselves. They were maneuvering us, trying to be someone different.”

And, of course, as we saw in an earlier post, our 3-year-old granddaughter is using an iPad in her Tutor Time. My hunch is Sophia is going to spell words a lot earlier than I ever did because when she goes to YouTube she knows she needs to type in "Elsa Frozen" if she wants to find her favorite videos. She already knows how to click on the "magnifying glass" -- the search icon.


I think I've written this before. Demographers are grouping those born after 1998 into the iGen or generation Z or the centennials. In fact, I think Sophia born in 2014 is in a newer and different tech generation than her two older sisters, born between 2003 and 2007. The older ones really did not have cell phones until just a couple of years ago; Sophia is already fairly proficient on my Samsung clam shell and my wife's iPhone 6. My hunch is that Sophia's first smartphone could be an obsolete iPhone X in four or five years.

One of the best essays on this subject was in this weekend's "Review" section of The Wall Street Journal.

The Ten Days of Repentance are the holy of holies of Jewish time. They begin this Wednesday evening with Rosh Hashanah, the Jewish New Year, and culminate 10 days later with Yom Kippur, our Day of Atonement. At no other time do I feel so close to God, and I suspect the same is true for most Jews.

These days constitute a courtroom drama like no other. The judge is God himself, and we are on trial for our lives. It begins on Rosh Hashanah, with the sounding of the shofar, the ram’s horn, announcing that the court is in session. The Book of Life, in which our fate will be inscribed, now lies open. As we say in prayer, “On Rosh Hashanah it is written, and on Yom Kippur it is sealed, who will live and who will die.” At home, we eat an apple dipped in honey as a symbol of our hope for a sweet new year.

On Yom Kippur, the atmosphere reaches a peak of intensity in a day of fasting and prayer. Repeatedly we confess our sins, whole alphabetical litanies of them, including ones we probably had neither the time nor the imagination to commit. We throw ourselves on the mercy of the court, which is to say, on God himself. Write us, we say, in the Book of Life.

The ten days of Rosh Hashanah, among other things, comes down to this: ask not what others can do for me, but rather, what can I do for others. At least that's what I was left with after reading this fairly long essay.

For me, the essay tied together a number of "loose ends": theology, humanity, Harold Bloom, William Shakespeare, irony, paradox, human consciousness, fate, free will, and so on.


Jews came to see the world in a completely different way. The book of Genesis opens with God making humans “in his image and likeness.” This phrase has become so familiar to us that we forget how paradoxical it is, since for the Hebrew Bible, God has no image and likeness. As the narrative quickly makes clear, what humans have in common with God is freedom and moral responsibility.

I think Harold Bloom would have used the word "irony" rather than paradox.

Much, much more at the linked article.

Wishing everyone a fruitful new year! 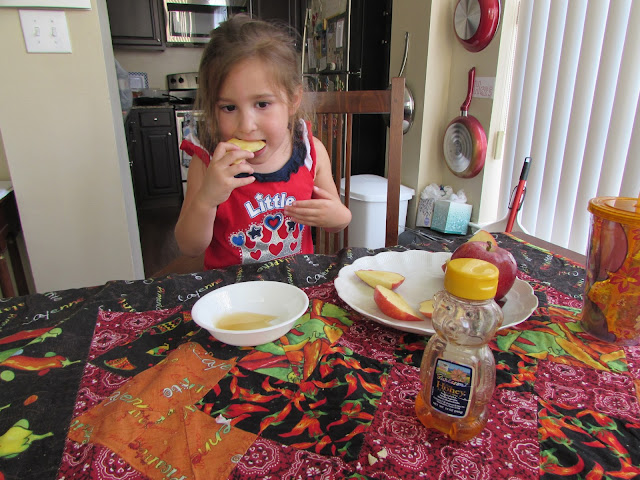 
December 28, 2019: check out the WPX Bison wells to the west of these Rachel Wolf wells. 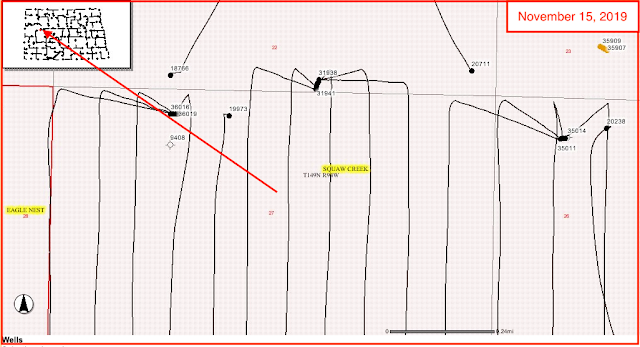 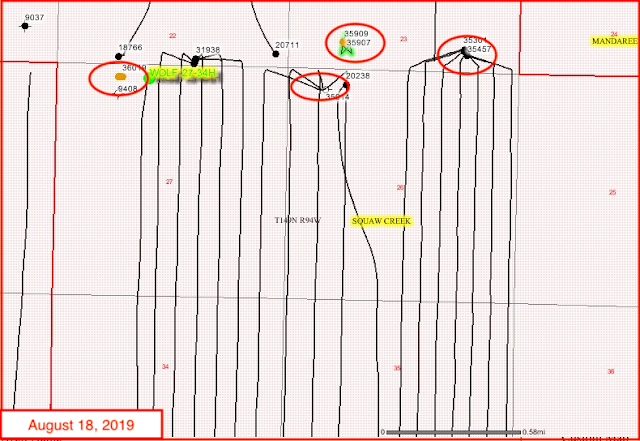 Ovals represent all new activity since April 20, 2019 -- just a little over a year ago.


August 18, 2019: production data updated; also see this post. Note the flaring. This is another well on BLM land and another well that would not have seen the light of day if flaring was banned. 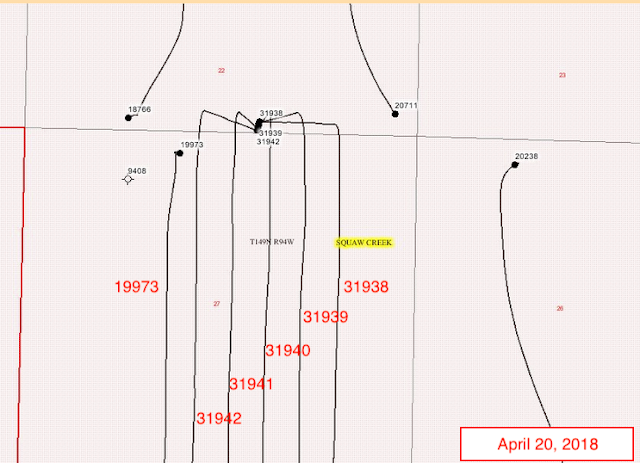 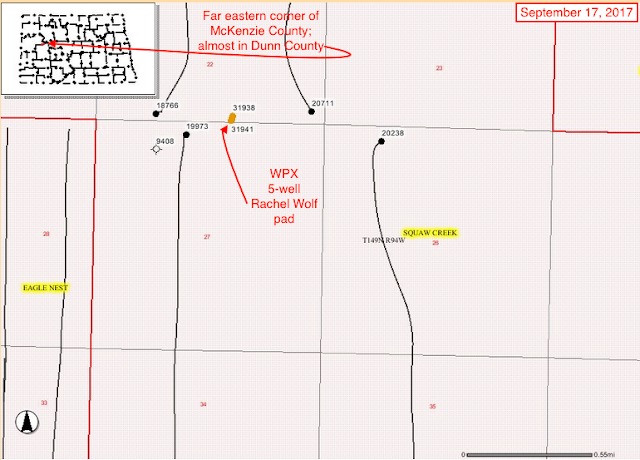 Doing this pretty much by himself. 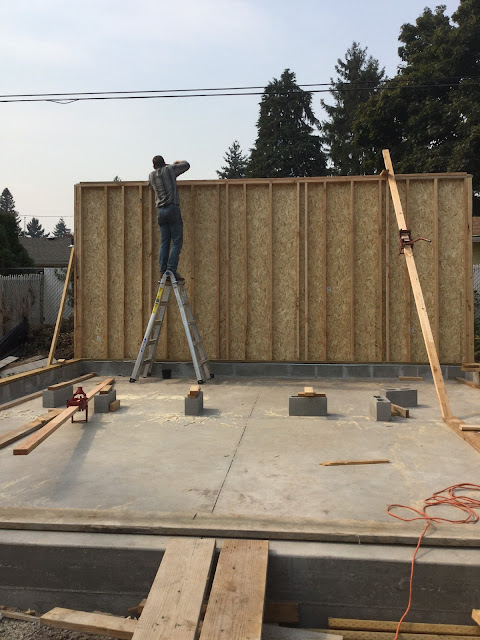 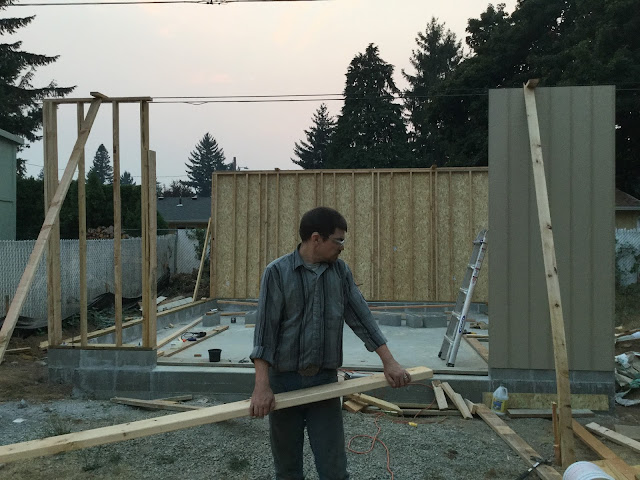 Wells Coming Off Confidential List This Next Week -- September 17, 2017

Wells coming off confidential list in the days ahead: