This is one of the best commentaries I have seen in quite some time on the issue of energy, price of oil, environmental concerns, and the economic situation in the United States.

Interestingly it comes out from a small regional newspaper in a non-energy state (Minnesota).

This is the link. I did not know that cheap oil made Sweden rich; I knew that was true for Norway, but not Sweden. That alone made me read the entire article. (Unfortunately, this is a regional newspaper, and the link will be broken in a few days; available only through subscription or charge.)

Unfortunately, I assume for most of the readers of this blog, this will be the preacher talking to the choir.

Yes, the link is now broken; actually not quite true; the link will take you to the original site but it will cost you to access the story.

The abstract is listed here.

The Swedish author noted that in 1945, none of the four small farms in his small Swedish village used oil for anything. But between 1945 and 1970, Sweden increased its use of energy by a factor of five, or nearly seven (7) percent per year for 25 years. "That journey into the oil age transformed Sweden from a rather poor country into the third wealthiest country (per capita) in the world. Ninety percent of the energy increase came from oil. Cheap oil made Sweden rich."

The author then asks reader to consider China which has 21 percent of the world's global population. It consumes eight (8) percent of the global oil supply, and "thinks it is fair to claim 21 percent, or 18 million barrels per day." That was written back in 2006.


I keep saying to everyone how people that are 50, 60, 70 years old had the best music.... and the best cars of all time. We truly were blessed.

Noted at this music video: https://www.youtube.com/watch?v=Dn9bAvWS4RU.
Posted by Bruce Oksol at 9:10 PM No comments:


While the Asian giant has agreed to purchase more goods and services from America, Washington has pledged to cut some tariff on Chinese imports. Notably, the U.S. energy sector is poised to gain heavily from this agreement as an export revival is expected. Of the additional $200-billion purchase of U.S. goods over the next two years (keeping 2017 imports as the base level), $52.4 billion will likely come from the energy sector. Per the deal, China will purchase $18.5 billion worth of energy products this year, followed by $33.9 billion imports in 2021. The energy sector stands second only to the manufacturing sector, which will likely witness $77.7 billion of exports.

Among the energy products such as liquefied natural gas (LNG), crude oil, natural gas, petroleum products, LNG is expected to gain the most from the deal. Following the U.S. shale revolution, abundance of natural gas in the domestic market and growing demand for cleaner energy sources globally have led to the development of several LNG terminal projects in the past few years. As such, the Washington-Beijing deal can open up a huge market for the U.S. LNG industry.

While China is set to become the biggest LNG importer by the end of the decade, the United States is likely to be the largest exporter by 2025, ahead of Qatar and Australia. This makes the two countries a perfect fit even though the whole vision is largely dependent on the fate of the existing 25% Chinese LNG tariff. This was levied during the trade war and its future is still uncertain.

The existing LNG export facilities like Cheniere Energy, Inc.’s LNG Corpus Christi, TX terminal are poised to gain from the renewed opening to the China market. Jack Fusco, chief executive officer of Cheniere was present at the trade deal signing ceremony. He said, “The phase one agreement between the United States and China is a step in the right direction that will hopefully restore the burgeoning U.S. LNG trade with China,”. Other companies like ConocoPhillips COP with Freeport LNG, Sempra Energy SRE with Cameron LNG will likely grab a share of this market. Tellurian Inc. TELL, a newcomer in the LNG game, is also expected to thrive from the recent developments. 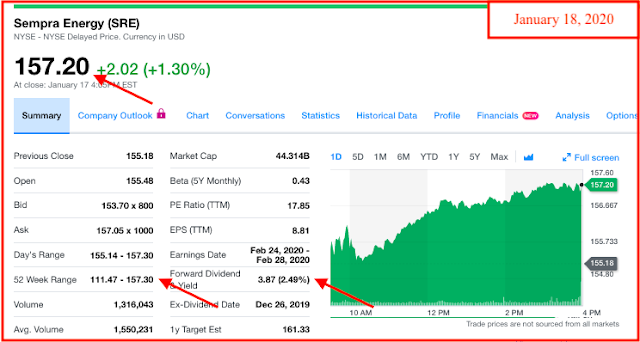 Cheniere Energy this week reaped the benefits of the Phase 1 trade deal between the United States and China, with its shares rising considerably on news that China may buy more than $50 billion worth of additional U.S. energy products, including LNG.

A day earlier, S&P Global Platts reported that natural gas flows into liquefaction trains across the six operating LNG facilities in the United States had shot up to 8.5 billion cu ft in December. This was a record-high amount and represented almost a tenth of the total natural gas production in the country.

New LNG capacity additions were strong last year, providing a much-needed export venue from growing U.S. gas production that pushed prices to historic lows, including several occasions on which they traded below zero. This year, S&P Global Platts analysts expect the addition of new capacity to continue but at a slower pace as competition intensified internationally.

Cheniere Energy is by far the largest U.S. producer and exporter of liquefied natural gas and its Sabine Pass plant is the oldest and largest one, with five liquefaction trains in operation and a sixth one under construction. Cheniere also operates a smaller plant in Corpus Christi in Texas. This one has two liquefaction trains in operation and a third one under construction.


I Go To Pieces, Peter and Gordon

Eighth grade for me. Central Junior High School, one block off Main Street, Williston, ND. The Hut hamburger joint. Music and pinball machines were a huge part of my life but pretty much only at the Hut. Biggest musical memory from the Hut? "Oh, Pretty Woman," Roy Orbison, released August, 1964, or thereabouts.
Posted by Bruce Oksol at 8:15 PM No comments:


In its latest Short-Term Energy Outlook (STEO), released on January 14, the U.S. Energy Information Administration (EIA) forecasts year-over-year decreases in energy-related carbon dioxide emissions through 2021. After decreasing by 2.1% in 2019, energy-related CO2 emissions will decrease by 2.0% in 2020 and again by 1.5% in 2021 for a third consecutive year of declines.

With the forecast declines, the 2021 level of fewer than 5 billion metric tons would be the first time emissions have been at that level since 1991.

After a slight decline in 2019, EIA expects petroleum-related CO2 emissions to be flat in 2020 and decline slightly in 2021. The transportation sector uses more than two-thirds of total U.S. petroleum consumption. Vehicle miles traveled (VMT) grows nearly 1% annually during the forecast period. In the short term, increases in VMT are largely offset by increases in vehicle efficiency.

On the way to something else, I stumbled across this:

It explains why Senator Collins was forced to clarify her views on the impending impeachment trial in the US Senate and it's pretty clear to me how she will end up voting in that trial.

The other day I posted a note defining an acre as a "chain times a furlong."  A reader replied with this:


The Agriculture Department says producers with five or more colonies totaled 38.2 million pounds of honey in 2018, up 13% from the previous year. That led the nation for the 15th consecutive year.

Nationally, honey production was up 2%, to 152 million pounds. Montana produced the second-most honey, followed by California, South Dakota and Florida.


They're aiming for 100 pounds per hive.