See this post from 2017. This well has been off line for the past four months. It came back online this past month with nice production:

This well exactly parallels #18018, and has a similar production profile. It, too, was off line about five months; now back on line and lookin' good.

Does anyone remember this post from December 2, 2019 -- note how quickly we move from getting the permit to drilling. 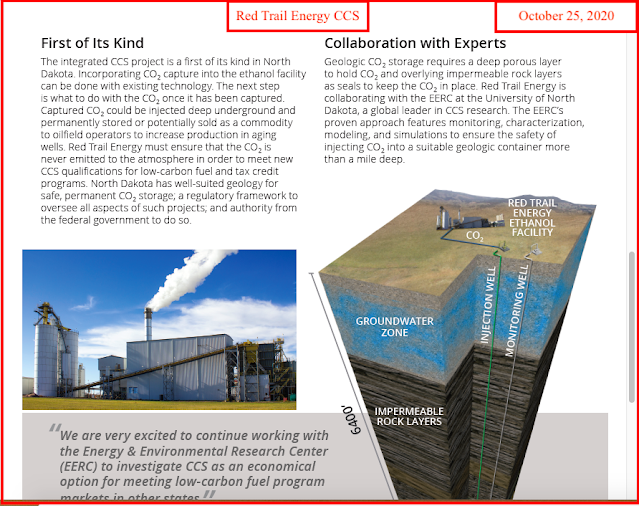 No mention of oil and gas operations.  The wildcat will be drilled on/near RTE property north of Richardton, ND. Richardton is east of Dickinson and about 100 miles west of Sterling, ND, where one turns south to Linton, ND. Linton is the county seat for Emmons County. Folks may remember Linton, ND: that's where the recent NDIC hearing on the DAPL expansion was held. Emmons County is the location of the fabled "Sleeping Giant" natural gas field.

The well with a rig on site:
Other recent news stories regarding this well:


The project is able to move forward due to Senator John Hoeven’s efforts to secure final approval for North Dakota’s regulatory primacy over Class VI injection wells, which are used for geological or long-term storage of CO2, the first such approval in the nation.

There's really no reason to post this well, except while looking at it on the NDIC map, I noted a pattern I had not see before. See the graphics below the production data.

Sophia is five years old. I gave her NO instructions and NO restrictions. She did not see the barber shop until I began filming. The only instructions were SAFETY and you can hear them live. There is a short gap when neither of us are in the frame but press on, it's a short gap. Someone asked if she was just pretending or if she was really cutting hair. If you listen closely, you can hear hair being cut. She was free to do what she felt needed to be done.

I'm not interested in watching TCM's late afternoon film, "Fiddler on the Roof." Instead I'm watching "Sunset Boulevard" on Blu-Ray. What an incredible movie.
Posted by Bruce Oksol at 4:11 PM No comments:


The dollar resumed its climb against major currencies on Friday as investors took refuge in safety bids amid worsening economic fallout from the coronavirus pandemic.

The greenback index is on course for a near 2.5% gain over the week, having whipsawed last month from highs on a scramble for cash before slumping as the US Federal Reserve flooded the market with liquidity.

Indecision among euro zone governments about a rescue package for the region's hobbled economies has weakened the euro in recent days, helping the dollar to its best day in two weeks against the single currency on Thursday.

Analysts said the euro may also be faltering due to rebalancing by forex reserve managers stocking up on dollars. The dollar was up 0.5% against the euro on Friday at $1.8060, putting it on course for a 3% gain over the week. It was also up 0.5% against a basket of currencies.

Time to dig out those US Series E, war bonds, but instead of 30- and/or 40-year bonds, since folks are living longer, make them 50-year bonds. A huge "thank-you" to a reader who first suggested this to me several months ago.

As long as I've digressed this much:

My biggest decision this week: whether to buy my first pair ever -- the Apple AirPods.


Apple's AirPods Pro have returned to their low price of $234.98 on Amazon, down from $249.00. At about $14 off, this remains the lowest price we've ever tracked for a brand new model of the AirPods Pro among the major Apple resellers online.

There is so much going on at Apple right now. Best place to catch up: MacRumors. A rundown of headlines, links may or may not be provided later, depending on how much time I have:
Last night when I turned in, I asked Alexa to play "Fleetwood Mac." No response. I tried again, no response. Then I remembered that Sophia, age 5, asked me, earlier in the day, if she could "stop" Alexa from listening to us. Amazing. She knew that by pushing a button on top of the Amazon Echo she could keep Alexa from listening to us. And she knew which of the four buttons.

Email ThisBlogThis!Share to TwitterShare to FacebookShare to Pinterest
Labels: EuropeanRecession2020

Geoff Simon's top ND stories (this does not include stories posted elsewhere on this page):
Operators:
Operations:
Fracking:
Pipelines:
Field:
Commentary:
Posted by Bruce Oksol at 10:30 AM No comments: 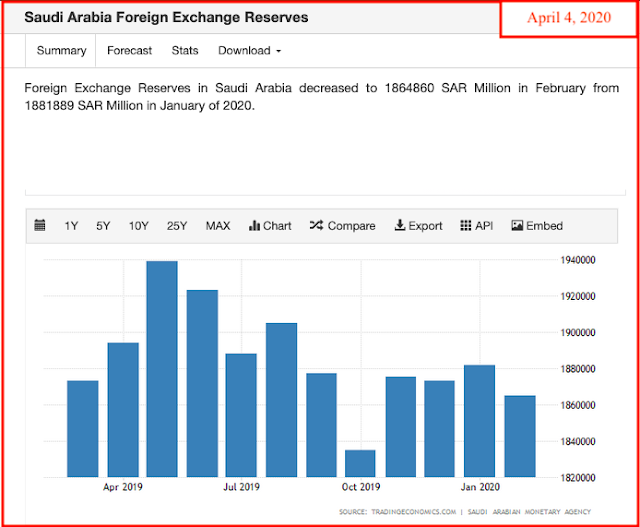 Ninety percent of my waking hours is taking are of Sophia, and we have accomplished a lot things these past two weeks. But when I get a couple of free hours in the evening, this is what I've been reading / working on for the past two weeks:
I've got three books out -- and they are really, really good books -- regarding evolution, but interestingly, they don't spend much time on etymology. So, it's back to wiki.


The origins of the word frog are uncertain and debated.

The word is first attested in Old English as frogga, but the usual Old English word for the frog was frosc (with variants such as frox and forsc), and it is agreed that the word frog is somehow related to this.

Old English frosc remained in dialectal use in English as frosh and frosk into the nineteenth century, and is paralleled widely in other Germanic languages, with examples in the modern languages including German Frosch, Icelandic froskur, and Dutch (kik)vors.

These words allow us to reconstruct a Common Germanic ancestor *froskaz."

The third edition of the Oxford English Dictionary finds that the etymology of *froskaz is uncertain, but agrees with arguments that it could plausibly derive from a Proto-Indo-European base along the lines of *preu = "jump".

How Old English frosc gave rise to frogga is, however, uncertain, as the development does not involve a regular sound-change. Instead, it seems that there was a trend in Old English to coin nicknames for animals ending in -g, with examples—themselves all of uncertain etymology—including dog, hog, pig, stag, and (ear)wig. Frog appears to have been adapted from frosc as part of this trend.

So, now, a new game with Sophia. Name animals with names that end in "g."

Sometimes when you study evolution, like everything else, it's easy to miss the forest for the trees. Take amphibians. Evolutionary-wise, fifteen minutes of fame. Not much came of them: salamanders and frogs, that's about it. But yet, the amphibian "concester" (a Richard Dawkins term) was the first tetrapod and all tetrapods on earth can trace their heritage back to that amphibian-like animal.

If one is interested in this sort of stuff, this is a nice two-page summary (https://www.pnas.org/content/109/15/5557) but when that pops up, you may want to download the pdf: so much easier to read.

Finally, I found the origin of batrachus. But it appears philologists haven't been able to do much better.

It appears that batrahus is borrowed from Pre-Greek or Semitic (think the plague of frogs).


Pre-Greek consists of the unknown language or languages spoken in prehistoric Greece before the settlement of Proto-Greek speakers during the Middle and Late Bronze Age period in the area. It is possible that Greek took over some thousand words and proper names from such a language (or languages), because some of its vocabulary cannot be satisfactorily explained as deriving from the Proto-Greek language (also known as Proto-Hellenic, an Indo-European language).

Pre-Greek is not Indo-European.

"Helen of Troy" and the fall of Troy marked the end of the Late Bronze Age, and the beginning of the Iron Age, around 1200 BC.

Back to βάτραχος, it is only said, "seemingly imitative of croaking." A stretch. So, unless there's an incredibly new finding, we will probably not learn any more about how batrachus came about.
Posted by Bruce Oksol at 9:06 AM No comments: