Best graphic of the week:

Ness pointed out the route of the DAPL pipeline parallels the route of a high voltage power line and the existing Northern Border Pipeline, which was installed in the 1980s. He also points out that DAPL crosses the Missouri River twice in North Dakota, with the other being near Williston, upstream from that city's water intake. Ness suggests the lawsuit filed on behalf of the Standing Rock Sioux Tribe is more about shutting down the oil industry than protecting the environment. -- Ron Ness, President, North Dakota Petroleum Council

Most under-reported US story:

Most over-reported US story:

Colonels, Terrorists, And Forgotten Fertilizer -- Worth A Read -- August 7, 2020

This is story is now being reported "everywhere." But the "best" version is probably at Breitbart. If you want to see it at Breitbart, google: 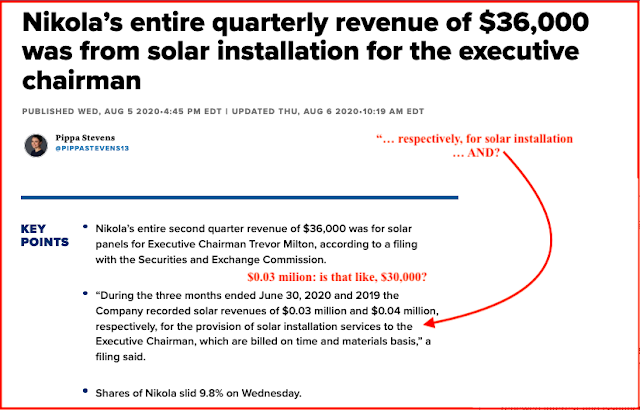 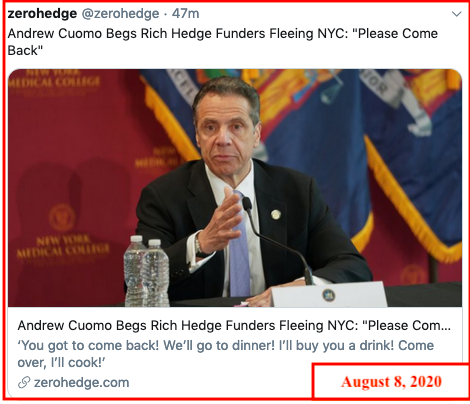 Algore Efforts To Control Global Warming Appear To Be Working -- "Even Colder Than Antarctica" -- August 7, 2020

Liawenee, in Tasmania’s Central Highlands and already one of the coldest places in Australia, has just broken its own record.

Temperatures dropped to -14.2C (6.4F) yesterday morning, a new record low for the state and even colder than Antarctica.

Michael Lasko from the Bureau of Meteorology said the Liawenee temperature was 2C colder than the town’s previous record low of -12.2C, set back in 2013.

“It looks like that -14.2 is the coldest minimum for all of Tasmania,” Mr Lasko said.

The previous record for Tasmania was -13C at Tarraleah and Butlers Gorge back in 1983.

The news landed just after 9 p.m. U.S. Pacific time: the investment chief at California’s massive state pension fund was abruptly stepping down. Before dawn the next day, Sacramento was abuzz -- and a sense of crisis was descending over the mighty California Public Employees’ Retirement System.

Wednesday night’s shock departure of Ben Meng reverberated through the state capital and then across Wall Street on Thursday, where the $400 billion Calpers is a powerful player in everything from the stock market to private equity. Meng, in an interview, said he’d left to focus on his health and family. But a statement from the state controller pointed to something else: an unspecified lapse in judgment that breached conflict-of-interest rules and, even more, hinted at wider oversight problems inside the organization.

The controller, Betty Yee, has called for an emergency board meeting to review the funds’ policies....

A veteran of Morgan Stanley, Lehman Brothers, and Barclays Global Investors, Meng first joined Calpers in 2008. Born in China in 1970, he became a U.S. citizen in 2010 and returned to the country of his birth in 2015 to work as deputy CIO at the State Administration of Foreign Exchange (SAFE). He began his job running Calpers’s assets in January 2019 “to serve those who serve California,” he said in an interview shortly after he started.

What may have been a dream job soon turned sour for Meng. He faced not only the immense pressure ....

Earlier this year, he was accused by Republican Congressman Jim Banks of being a tool for the Chinese government, funneling American money into Chinese hands due to his role at SAFE. Arkansas Senator Tom Cotton and Wyoming representative Liz Cheney, both Republicans, expressed support for Banks’s inquiry into Calpers’s and Meng’s ties to the Chinese government.

Harder to dismiss was Calpers’s failure to hit its annual 7% target during his tenure. The fund reported a return of 4.7% for the latest fiscal year, after gaining about 6.7% in fiscal 2019.

First things first: Grenora High School football, which co-ops with Westby District 3 in Montana as the MonDak Thunder, will be switching to 8-man football after competing in 6-man for nearly a decade. -- The Williston Herald.

Oil in New York is poised for the biggest weekly advance since early July after U.S. stockpiles plunged further, but the market is facing more OPEC+ supply and still contending with virus-driven demand weakness.

Futures rose above $42 a barrel this week to the highest level in five months with support from a weaker dollar and as U.S. crude inventories posted the biggest back-to-back weekly decline in a year. OPEC and its allies are set to test the appetite for demand as they start returning some supply this month after historic cuts, although Iraq has pledged to trim its output further in August to compensate for missing its target in previous months.

Meanwhile, crude imports into China dropped in July from a record the previous month, with vessels delayed in unloading cargoes as ports became congested with tankers carrying cheaper oil purchased earlier in the year.

Lonesome Friends of Science, John Prine
Posted by Bruce Oksol at 7:53 AM No comments:

Over the past five years, the production of natural gas liquids from gas processing plants has soared by almost 2 million barrels per day (2 MMb/d), or about 60%. That has been great news for natural gas producers, processors, and end-use markets. But there is a catch: the rate of production does not match up with demand. While production is a steady, “ratable” volume, demand is anything but ratable. Demand swings with the gasoline blending season, cold weather (or lack thereof) in the propane market, export demand, petchem feedstock economics, the impact of COVID-19 on transportation fuels, and a myriad of other factors. The flywheel that balances supply and demand on any given day is storage. Not just any storage, though. For NGLs, storage of large volumes means salt caverns. Huge caverns thousands of feet below the surface.

Today, we update one of RBN’s Greatest Hits blogs and take a deep dive into the history of NGL storage — all the way back to Smoky Billue.