Peak oil? Maybe for Saudi Arabia? One of my themes over at "the big stories" is the growing gap between Europe and the US when it comes to being energy sufficient. Major sub-themes include:
But one of the sub-themes I follow often is "Europe at a tipping point."

I was reminded of that when I came across this oilprice headline: US oil output will nearly equal Saudi and Russian production combined by 2025.

That means that I will (most likely) live to see that milestone.

The prediction is from the IEA chief.

My hunch is that it is "fake news." The IEA chief is beating the drum to increase CAPEX spending on conventional oil -- or in other words, increase spending in the Mideast and Russia, and not the US. This is another shout-out to the Saudis and the Russians that they need to accelerate oil activity in their own backyards if they don't want to be over-shadowed by the US. 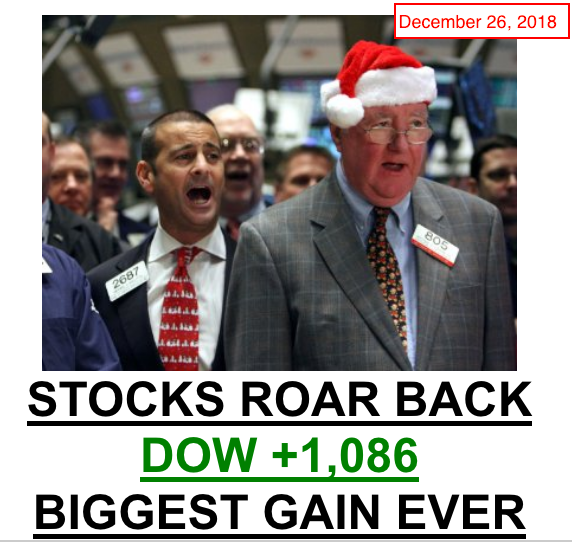 President Trump and Melania in Iraq. 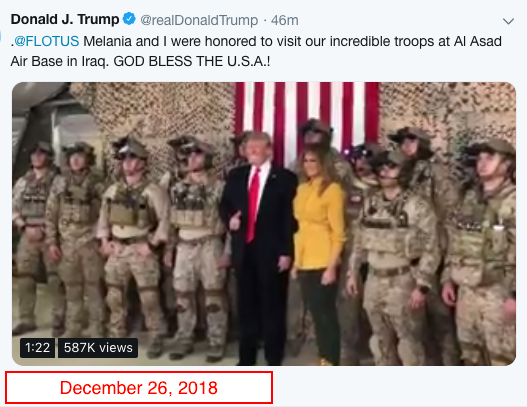 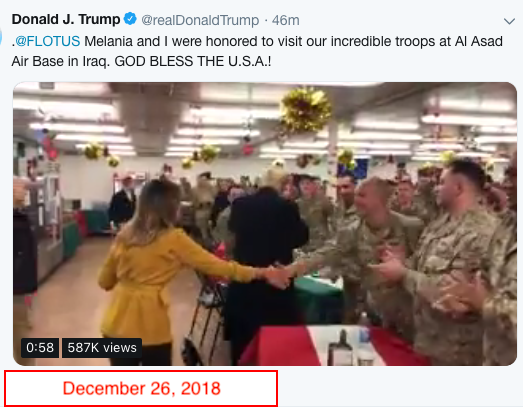 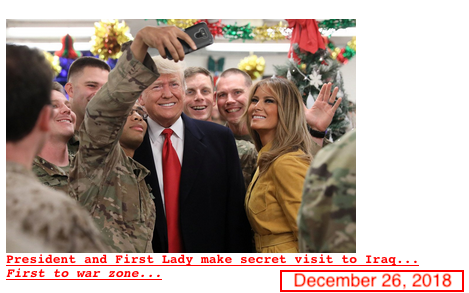 Link at The Bismarck Tribune.  Full report here. Data points:
Memo to self: note to Art Berman and Jane Nielson.

Truly incredible. Most frustrating? Apple completely missed this. Well, Apple has Siri and can apparently do what Alexa can do but Amazon beat Apple out the gate on this one. 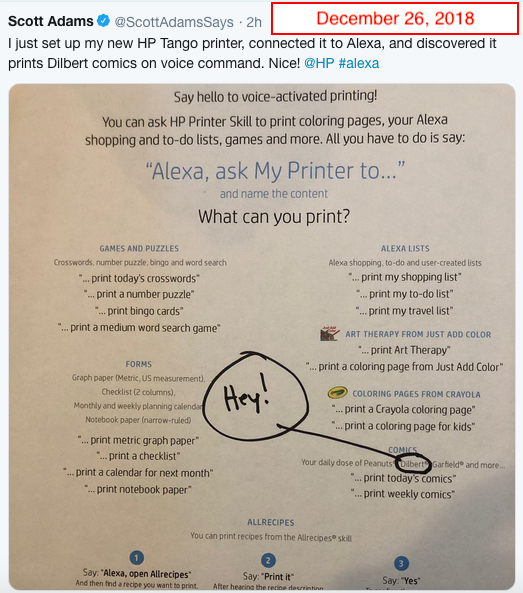 I've talked about this a couple of times, either on this blog or another blog. I forget.

I had never read Aeneid before. I am reading a few pages at a time. It is absolutely incredible. It will probably take a me a year to read it from start to finish. It's been several weeks now and I'm only on page 17 of a translation that is 327 pages long. LOL.

While reading the scene in which Aeneas meets his mother Venus in Carthage I was struck by the allusions to the New Testament. Mind you, I had just seen the Virgin Mary at the top of the alter at the church in Taos Pueblo and had just observed the Christmas Eve procession so the Virgin Mary was certainly lurking in my conscious/sub-conscious boundary.

It was Virgil's reference to incense and myrrh that caught my attention. Virgil certainly suggested a relationship between the cult of the Virgin Mary and the cult of Aphrodite/Venus. I was curious if others had noted this.

A quick google brought me to this from wiki:

In the Early Middle Ages, Christians adapted elements of Aphrodite/Venus's iconography and applied them to Eve and prostitutes, but also female saints and even the Virgin Mary.

Christians in the east reinterpreted the story of Aphrodite's birth as a metaphor for baptism; in a Coptic stele from the sixth century AD, a female orant is shown wearing Aphrodite's conch shell as a sign that she is newly baptized.

Throughout the Middle Ages, villages and communities across Europe still maintained folk tales and traditions about Aphrodite/Venus and travelers reported a wide variety of stories.

Numerous Roman mosaics of Venus survived in Britain, preserving memory of the pagan past.

In North Africa in the late fifth century AD, Fulgentius of Ruspe encountered mosaics of Aphrodite and reinterpreted her as a symbol of the sin of Lust, arguing that she was shown naked because "the sin of lust is never cloaked"and that she was often shown "swimming" because "all lust suffers shipwreck of its affairs." He also argued that she was associated with doves and conchs because these are symbols of copulation, and that she was associated with roses because "as the rose gives pleasure, but is swept away by the swift movement of the seasons, so lust is pleasant for a moment, but is swept away forever."


Dominator. Showboat. Brass Monkey. These are not player names in the re-established XFL; these are project names given to colossally proportioned drilling pads in the Permian and Appalachia. A single one of these well pads can be home to 20, 30, even 60 or more permitted well spots, each with miles-long laterals branching out in multiple directions. In today’s blog, we begin a series exploring the motivations that sparked this trend to larger pads and discuss the impact they’re having on the upstream and midstream sectors.

Following the price crash in 2014-15, the U.S. oil patch weathered the storm, in part by reducing costs. Then, when prices started to recover, the major basins rebounded with a renewed focus on efficiency. Industry observers who had been skeptical as to the longevity or resilience of the shale boom prior to that had to concede that it wasn’t a flash in the pan but a foundational shift, and that wasn’t going away anytime soon. It was during that time — when prices were recovering but survival was still a battle — that more and more of the smaller independents who initiated the Shale Revolution began to flip their investments to larger producers with deeper pockets. These new owners then sought to exploit the innovations developed by the independents but also to use their substantial balance-sheet strength to fund large capital projects. They also used their economies of scale to transform what had been a bespoke creative endeavor for getting the most out of each well into a large-scale, assembly line-like manufacturing operation

It was in this environment that truly large-scale pad drilling projects started gaining traction. Pad drilling itself is nothing new. It’s the practice of drilling multiple wells from a single surface location. Though it was originally developed on the Alaskan North Slope in the 1970s, modern pad drilling techniques more closely trace their development to offshore platforms, where multiple directional wells needed to be drilled from a single structure. Producers recognized that by centralizing drilling efforts on the surface, pad drilling could help solve challenging production conditions such as rough terrain, environmental constraints, or urban restrictions.

That’s one reason why pad drilling has represented a growing proportion of total wells drilled since the Shale Revolution kicked off in the Barnett Shale and then in the Rockies in the mid-to-late-2000s. There, the advancement of horizontal drilling techniques synergized well with the drilling multiple wells from a single location and made apparent the economic incentives of pad drilling — namely, splitting the substantial infrastructure, logistical, and rig-mobilization costs among multiple wells. In its current context, the goal of pad drilling is to increase each rig’s productivity by decreasing cycle times while simultaneously reducing costs. But prior to the past few years, the scale of pad drilling projects was generally more conservative than what we’ve seen reported recently.

Ten years ago, it was a big deal when Chesapeake Energy publicized an eight-well pad in the Haynesville. What has changed in the past couple of years is the scale of these projects. The biggest of these “super-pads” now are expected to cost hundreds of millions of dollars to develop over periods of several years. They can be home to dozens of wells, with laterals ranging in length from 1 or 2 miles, with some reported to be pushing 4 miles, depending on the play.

So what’s driving the trend to ever-large pads? As hinted at above, the name of the game is producer economics. Producers’ economics are dependent on, among others, three primary factors: commodity price, drilling and completion costs, and well productivity. With commodity prices largely outside the control of any single producer, pad drilling horizontal wells takes aim at the second and third factors. Done right, pad drilling can reduce the costs associated with drilling, including rig mobilization, production facilities, water and sand, trucks and roads, and pipeline takeaway.