November 11, 2019: Equinor sells its assets in Eagle Ford. In a statement:

June 18, 2018: "Analysts" are suggesting frackers will move to the Austin Chalk next.

January 6, 2017: contributor bullish on EOG's play in the Austin Chalk in the Eagle Ford. If that link breaks, the summary is noted here.

December 14, 2016: minor comments from a contributor over at SeekingAlpha on Austin Chalk and COP.

Chalk vs limestone, a meandering note.

To the best of my knowledge, the first time I mentioned the Austin Chalk on the blog was a couple weeks ago with regard to the recent 1Q16 EOG earnings conference call.

The tea leaves suggest that this will be an important play. I have it linked at the list of other formations at the sidebar at the right.

Some data points from the "Austin Chalk" summary provided by oilandshalegas.com.
For EOG, Eagle Ford leases "hold" minerals in the Austin Chalk. I assume that would be true throughout the Eagle Ford for all operators.
Posted by Bruce Oksol at 4:19 PM No comments:

A Few Miscellaneous Notes Regarding The Earlier Halcon Presention Post -- May 15, 2016

I had forgotten I had this tag: "boe/acre." I have only used it once before, unfortunately, forgetting to tag other posts in which boe/acre was discussed.

I was reminded of this in a post earlier today comparing Halcon's prospects in the Bakken and in the Eagle Ford.

In that post, Halcon suggested around 6 middle Bakken wells in each DSU (generally 1280 acres) with an additional 6 Three Forks wells in the same DSU. Operators are targeting 950,000 bbls EUR in these better spots, but let's go with 750,000 bbls/well EUR in each of the formations.

By the way, Halcon did not address the Austin chalk in their 1Q16 presentation.

Here is the 1Q16 transcript.
Posted by Bruce Oksol at 4:06 PM No comments:

Email ThisBlogThis!Share to TwitterShare to FacebookShare to Pinterest
Labels: BOE/Acre

Sources Of US Electricity Generation, 2015 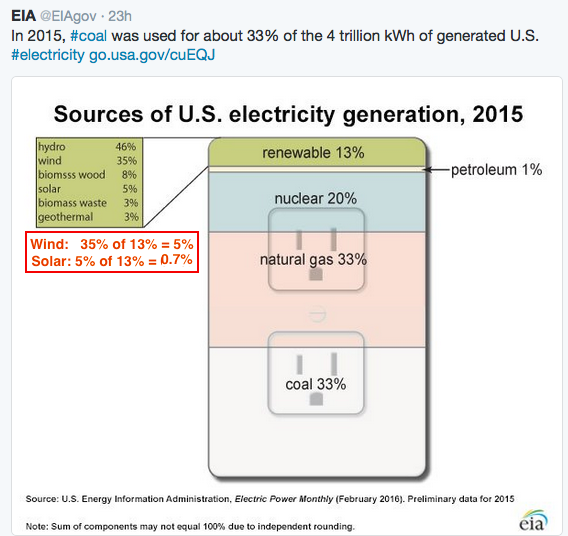 Hydroelectric power, biomass wood, and biomass waste, for the most part should be classified as renewable.

However, wind and solar are definitely in a class by themselves: intermittent, unreliable, unpredictable, deadly, expensive, and requiring fossil fuel back-up.
Posted by Bruce Oksol at 2:50 PM No comments:

Yesterday my wife happened to make a comment about the oil industry and in my reply, a monologue she most likely found boring, inaccurate, and irrelevant, I happened to mention Dodd-Frank. In this week's issue of The New Yorker, there is a one-piece op-ed on the Obama reform law. I was surprised how accurate I actually got some of the facts. Some data points from the article:
The writer suggests that this is all good for the US.

Moody's downgraded. Who would have thought?
Unchanged for Kuwait and Qatar.

In dollars.
Considering that all spouses of retired US presidents have been female, it seems a case could be made for sexual discrimination. It is shameful that advocates for women like Hillary and Pocohontas have not changed this. The president himself could change this easily with an executive order, restructuring the payout but not increasing the total presidential/spousal retirement pay package.

Even spouses of 30-year military retirees are better protected in retirement than retired spouses of presidents.

From The New York Times, President Obama will be the first US president to have waged war the entire eight years of his two term presidency. And doesn't have much to show for it. The JV team scored again over the weekend in Yemen and Iraq.

This is an international story that will probably end up being a big story yet within my lifetime. If one googles the subject, one will see any number of articles on this story in major news outlets including the Boston Globe (today) and The New York Times November, 2015. 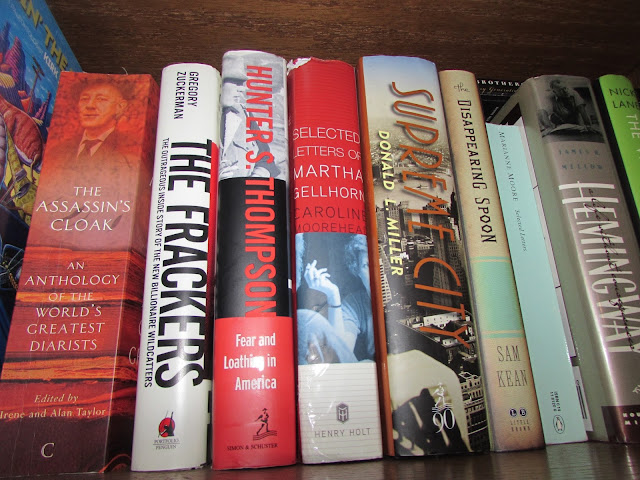 This is not an investment site. Do not make any investment, financial, travel, relationship, or work-related decisions based on what you read here or what you think you may have read here. This is for my own use to help me understand the Bakken. If this is important to you, go to the linked source. I often round numbers without indicating that the numbers have been rounded. I often intersperse personal observations/comments without indicating that the comments are opinion. There are no hidden agendas. I honestly have not checked to see if I am still invested in Halcon. In fact, I can't remember if I ever invested in Halcon in the first place. [Later: I believe I have; I can't remember if I ever sold or if it is still languishing in some on-line account somewhere.] Having said that, among the operators in the Bakken, Halcon has always impressed fascinated me, along with Slawson, EOG, and about ten others.  In a long note like this there are likely to be typographical and factual errors. No animals were injured in the process of putting this post together.

I track Halcon and other Bakken operators over time at this post.

Note:  I added this later:
Two biggest takeaways from this presentation:
Halcon presentation, May, 2016.

Blowing bubbles (or not) waiting for HK to restructure -- 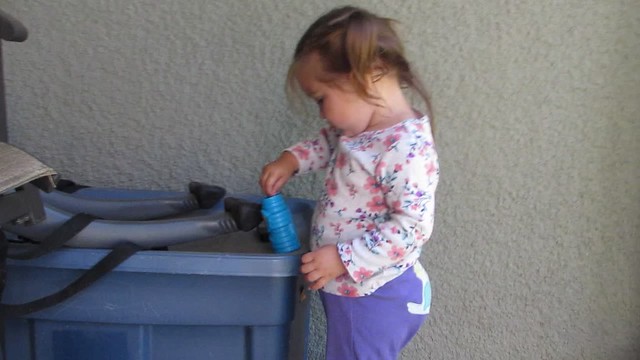 Years ago, I forget exactly when, perhaps in 2000 I began a very, very aggressive reading program. I started with the Greek and Roman classics and moved forward, ending with the novels in the early 20th century (Virginia Woolf).

Somewhere along the way, I read Clarissa by Samuel Richardson. I saw it as a challenge; and although I remember few details, one will not forget having read it. I often wondered whether it was worth reading it outside the fact that it was a challenge "conquered."

Yesterday I had my answer. Yes, it was worth it. In this week's New Yorker issue there is a 5-page essay (and a sixth with a full artist's rendering of Samuel Richardson's bust) by Adelle Waldman, "critic at large," titled: "The Man Who Made The Novel."

Some data points from the essay (and elsewhere):