This is another cool story.

Another acronym: UAS -- over at the FAA site -- unmanned aircraft systems. Regular readers are familiar with the story. Here is the link to a recent post on "drones" and North Dakota.

This is already a big story -- drones -- and it's going to get much, much bigger.


Don sent me a link to Grand Sky -- just west of Grand Forks, and adjacent to Grand Forks AFB. Grand Sky is the first commercial UAS Business and Aviation Park in the United States. The company is looking for tenants and owner occupants working on UAS testing, evaluation, research, development, training, flying and operations. 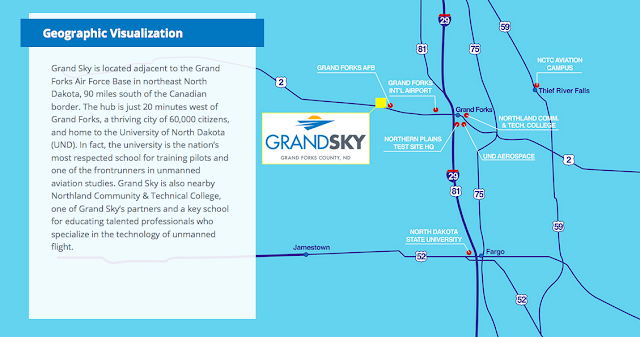 A new link at the "Data Links" page has been added: locations and sources of fracking sand, USGS. A huge "thank you" to a reader.
Posted by Bruce Oksol at 6:35 PM No comments:

Iraq says they "will flood the market with crude oil."

Not good news for Venezuela.

Barron's is reporting that Venezuela is running on fumes.


Even though Venezuela tapped the International Monetary Fund in recent weeks to keep itself afloat, shoring up its currency is another matter.

The low price of oil has crushed the energy exporter’s budget. Russ Dallen, who contributes to a newsletter for investors, and writes about Latin America, writes today that “Venezuela’s situation continues to unravel at increasing speed as the bolivar tumbled 30% over just the last week, while the country’s international reserves simultaneously hit a new 12-year low, closing at $17.5 billion.”

He says the weak currency and decline in reserves means the country is “essentially running on fumes.”

This is kind of cool: Apple surpasses Google (again) to reclaim title as "World's Most Valuable Brand."  The list for 2015:

I like to think of four founding fathers. The general, the ambassador, the thinker, the banker: George Washington, Benjamin Franklin, Thomas Jefferson, and Alexander Hamilton.

There's a new book out on the founding of America, Quartet by Joseph J. Ellis. According to Ellis, the quartet took the "nation" from the chaos of the Articles in 1783 to the constitutional convention in 1787, that supplanted the Articles. The quartet were the "dissenters" who saw the need for a strong central government: Washington, Hamilton, John Jay, and James Madison.

A reminder -- the authors of the Federalist Papers: Hamilton, Madison, and Jay.

It will be interesting to read the role played by Thomas Jefferson in the constitutional convention which this author "demotes." Benjamin Franklin was still alive in 1787 but he would be dead three years later (1790). Jefferson was still relatively young in 1787; he was 44 years old.

The book is reviewed in last weekend's Wall Street Journal; if the review mentioned Thomas Jefferson, I missed it.
Posted by Bruce Oksol at 9:51 AM No comments:

Is it possible that the never-ending rig count decline is ending in North Dakota? There could be good news headed the way of companies like Whiting Petroleum Corp., Nabors Industries Ltd, and XTO under Exxon Mobil Corp. . It appears as though the rig count in North Dakota may be confirming what some analysts and investors are looking at as a trough in the rig counts in North Dakota.

The news did not act as a driver for the stocks on Monday, but a strong “market sell” bias may be more of an issue than the North Dakota rig counts. It is one issue to try to call a bottom and another issue entirely for certain investors to try to say that the long decline may finally be reaching close to a trough. Picking exact bottoms can be a sucker’s game. Picking a trend can create large gainers, as long as the move isn’t more than 10% or 20% off the mark. As a reminder, stocks pop and drop on any given day, but the stock market tries to start discounting big trends sometimes two quarters out.

Regular readers know the fallacy of tracking rig counts to try to determine "the bottom."

I track rig counts to give me an idea of the amount of "activity" in the Bakken. Rig counts, as a single data point, is relatively useless to predict oil production coming out of North Dakota.
Posted by Bruce Oksol at 9:46 AM No comments:

Reuters is reporting (a big "thank you" to a reader for sending the link):

Long, long history.
Posted by Bruce Oksol at 9:35 AM No comments: 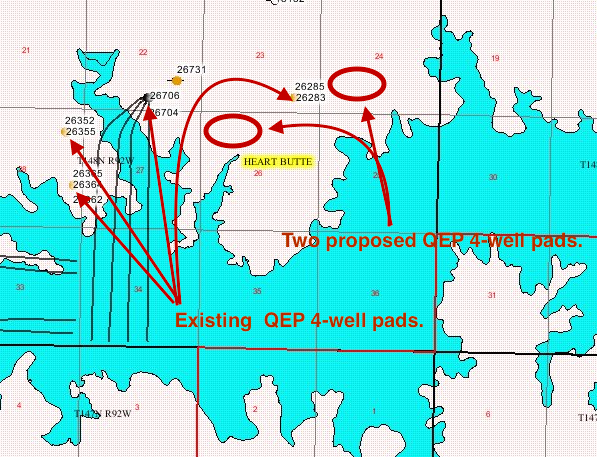 This is based on what I read but I could have misread something. I know the oval in section 24 should be a bit farther up. Don't make any financial or investment decisions based on what I post at this blog. If this information is important to you go to the source. I post this information solely for my own use to better understand the Bakken. Readers can use it however they want but don't quote me on it.
Posted by Bruce Oksol at 9:32 AM No comments:


RBN Energy: nice update on Bakken operators. If that link is unavailable, here is another link, which will only be available a limited period of time.


Oil-Weighted exploration and production companies (E&Ps) are slashing capital spending in 2015, as they need to regain control of their costs in today’s lower oil price environment. With robust oil prices over the past three years, these companies only posted middling profitability as capital and operating costs ate up much of their incremental revenue.

The Small/Mid-Sized Oil Weighted E&Ps are focused on getting their spending in line with cash flows and to get to a point where they are self-funding their capital investment. Today we explore how each of the companies in the two oil-weighted peer groups is trying to resolve these issues.

At Seeking Alpha, COP expanding in more ways than one:


Summary:
North Dakota, Montana, and South Dakota house the Bakken and Three-Forks formations, one of the symbolic oil-weighted plays of the North American energy revolution. Several shale developers have built up sizeable positions in the area to create lengthy production growth runways for themselves.

ConocoPhillips has made developing its unconventional resource base, which includes shale plays, its top priority going forward as its Surmont 2 and APLNG facilities are brought online this year. After building up a 620,000 net acre position in the Bakken/Three-Forks region that is primarily located in McKenzie and Dunn counties [two of the most prolific counties in the area], ConocoPhillips plans on putting its acreage to good use.

Filloon update on the Bakken, at Seeking Alpha:


Summary:
Many have become bearish the oil markets; oil and gas have been removed from portfolios. However, we believe the pullback has created an opportunity. Buying unfavorable sectors is a common practice as markets recover. When dollars exit, value is found. Selling a down industry is a common mistake, as the initial pain of the pullback is realized and dollars are removed before the industry recovers.

The greatest fear of investors is the economic validity of unconventional production. This stems from a lack of understanding. Fracking has been around for decades, but its use in horizontal production has not. We believe current oil prices support the profitability of shale, and current well data supports this. Many of the newer plays have become uneconomic, as have marginal areas of the Big Three. The Bakken, Eagle Ford, and Permian still have significant inventories of core wells to complete.

An update on an earlier story on this fire, Reuters at Rigzone is reporting:

The two are the latest of several oil producers, including Cenovus Energy Inc and Canadian Natural Resources Ltd , to move staff away from the potential danger.

At least 233,000 barrels per day of oil sands production, 9 percent of Alberta's total oil sands output, have been suspended in the province's northeast because of the fire risk, though none of the projects have been damaged.

The Alberta government said there are 66 forest fires now burning in the province, with 19 considered out of control. Statoil evacuated around 110 employees from its 20,000 barrel per day Leismer project as a precaution, although production is unaffected and the company does not anticipate having to shut down operations.